The SiD Digital ECal Based on Monolithic Active Pixel Sensors

:
The SiD detector concept capitalizes on high granularity in its tracker and calorimeter to achieve the momentum resolution and particle flow calorimetry physics goals in a compact design. The collaboration has had a long interest in the potential for improved granularity in both the tracker and ECal with an application of monolithic active pixel sensors (MAPS) and a study of MAPS in the SiD ECal was described in the ILC TDR. Work is progressing on the MAPS application in an upgraded SiD design with a prototyping design effort for a common SiD tracker/ECal design based on stitched reticules to achieve 10 × 10 cm2 sensors with 25 × 100 micron2 pixels. Application of large area MAPS in these systems would limit delicate and expensive bump-bonding, provide possibilities for better timing, and should be significantly cheaper than the TDR concept due to being a more conventional CMOS foundry process. The small pixels significantly improve shower separation. Recent simulation studies confirm previous performance projections, indicating electromagnetic energy resolution based on digital hit cluster counting provides better performance than the SiD TDR analog design based on 13 mm2 pixels. Furthermore, the two shower separation is excellent down to the millimeter scale. Geant4 simulation results demonstrate these expectations.
Keywords:
calorimetry; MAPS; silicon detectors; linear collider

The physics goals of future electron–positron colliders motivate measurements of unprecedented precision. These will improve understanding of the Higgs boson and top quark, and enable searches for new phenomena that might discover beyond the standard model electroweak particles. With the consequential challenging demands for tracking, heavy-quark tagging, jet energy measurement, and beam polarization measurement, for example, advances in silicon detectors bear significant potential impact. Hadronic jet measurements by particle flow analysis (PFA), based on the combination of a precision tracker and a highly granular calorimeter, will be improved with new low-mass and highly granular sensors. To achieve these goals, several hundred square meters of silicon sensors are needed for low-mass trackers and sampling calorimetry, as envisioned in the SiD design of the ILC Technical Design Report (TDR) [1]. Trackers will require nearly one hundred square meters from the multiple layers at large radii, with micron-scale resolution. Sampling calorimeters need an order of magnitude larger areas of thinned overall packages for reduced Moliere radius, providing excellent shower containment. Silicon monolithic active pixel sensors (MAPS) present an attractive approach to this application.

SiD (Figure 2) has been designed to make precision measurements of the Higgs boson, W- and Z-boson, the top quark and other particles at the linear collider. With relatively benign linear collider experimental conditions, the detector can be optimized for these precision measurements. There are lower collision rates, lower complexity, and less background than experienced in a hadron collider.
The requirements in calorimetry performance are driven by excellent jet reconstruction and measurement. Detection and separation of W and Z bosons in their hadronic decay modes is essential, and this motivates application of a PFA and a goal of 3–4% jet mass resolution at energies above 100 GeV, about twice as good as achieved in hadron collisions at the LHC.
In addition, tracking requirements include precise reconstruction of the Z-boson mass in the Higgs recoil analysis, as well as separation of jet flavors for Higgs couplings measurement. The asymptotic momentum resolution requirement for high-momentum tracks is nearly an order of magnitude better than achieved at the LHC, with minimization of detector material to maintain excellent momentum resolution for lower-momentum tracks.
The combination of excellent jet mass resolution, extremely precise tracking, and triggerless running gives SiD at the ILC superb potential for discovery. Quantitatively, the requirements are the following:
The upgrade to MAPS for SiD’s ECal and tracking sensors requires 1364 m2 of silicon, including 54 m2 in the barrel tracker, 20 m2 in the end cap tracker, 1000 m2 in the barrel ECal, and 290 m2 in the end cap ECal. The readout for each bunch train will include a very small fraction of the 540 billion 25 × 100 m2 pixels of the system.
It has been shown that requiring a hit-time resolution below 5 ns for the vertex and tracking detectors, and 1 ns resolution for calorimeter hits, all the particle flow objects have sub-ns time resolution [22]. This is achieved from a truncated mean in the energy-weighted hit times of a cluster; therefore, we expect the ∼ns timing of a large number of MAPS hits to result in a particle flow object time resolution substantially below a nanosecond.

A MAPS-based tracker for SiD would feature a sensor similar in size to that described in the ILC TDR, 10 × 10 cm2 devices. It would be constructed by stitching 2 cm × 2 cm reticles. However, such a device would provide exceptional granularity of 25 m by 100 m pixels, with the alignment placing the 25 m pixel dimension in the bend direction, providing a resolution of 25 mm without charge sharing. The 25 m pixel size matches the KPiX-readout, silicon-strip width of the SiD TDR design which was recently assembled, tested, and shown to achieve 7 m resolution [27]. The depleted 10 m thick epi-layer charge collection of the MAPS allows a minimum threshold of 1/4 MIP, ensuring high efficiency. The pixel nature provides vastly improved pattern recognition for track finding over the strip devices. For the endcaps, such a sensor would eliminate the need for two sensors in a small-angle-stereo configuration, reducing both the material budget and cost.

The application of MAPS in SiD tracking and ECal systems offers the potential for significantly improved performance from that envisioned in the ILC TDR [1]. Motivated by this, the SiD MAPS development targets improvements to speed and resolution performance, and the system approaches needed for large-scale use of MAPS at a reasonable cost. Beyond the linear collider, future colliders in general will need large areas of silicon sensors, several hundred m2, for low-mass trackers and sampling calorimetry. These developments, therefore, would have impacts beyond SiD. The requirements for trackers and calorimeters, particularly very thin, large areas with micron-scale resolution, are driving this work. An on-going effort focuses on developing readout electronics compatible with a power pulsing scheme: the analog front-end circuitry will be powered off during the dead-time between bunch trains. With low duty cycle machines such as ILC and C3, this technique reduces power by more than two orders of magnitude. The pixel front-end circuitry, as well, will be based on a synchronous readout architecture, where operation of the circuitry is timed with the accelerator bunch train. In this way, the noise and timing performance of the circuitry can be optimized while maintaining low-power consumption. The development of wafer-scale MAPS will allow designers to investigate the power pulsing, power distribution, yield, stitching techniques, assembly and power delivery.

The simulated data presented in the figures of this study are available on request from the corresponding author. 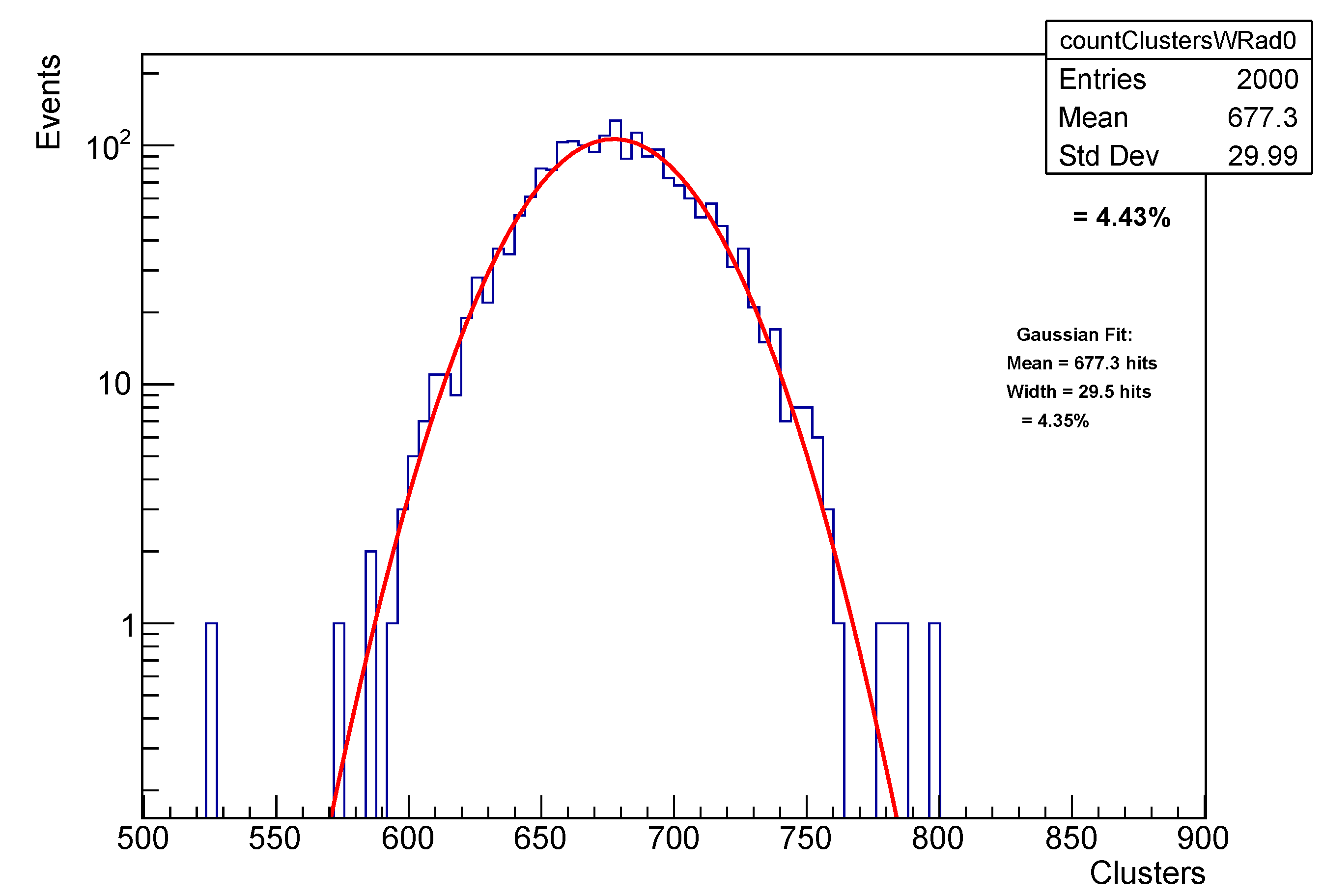