We present an overview of the microscopic theory of the Dzyaloshinskii–Moriya (DM) coupling in strongly correlated 3d compounds. Most attention in the paper centers around the derivation of the Dzyaloshinskii vector, its value, orientation, and sense (sign) under different types of the (super)exchange interaction and crystal field. We consider both the Moriya mechanism of the antisymmetric interaction and novel contributions, in particular, that of spin–orbital coupling on the intermediate ligand ions. We have predicted a novel magnetic phenomenon, weak ferrimagnetism in mixed weak ferromagnets with competing signs of Dzyaloshinskii vectors. We revisit a problem of the DM coupling for a single bond in cuprates specifying the local spin–orbital contributions to the Dzyaloshinskii vector focusing on the oxygen term. We predict a novel puzzling effect of the on-site staggered spin polarization to be a result of the on-site spin–orbital coupling and the cation-ligand spin density transfer. The intermediate ligand nuclear magnetic resonance (NMR) measurements are shown to be an effective tool to inspect the effects of the DM coupling in an external magnetic field. We predict the effect of a strong oxygen-weak antiferromagnetism in edge-shared CuO chains due to uncompensated oxygen Dzyaloshinskii vectors. We revisit the effects of symmetric spin anisotropy directly induced by the DM coupling. A critical analysis will be given of different approaches to exchange-relativistic coupling based on the cluster and the DFT (density functional theory) based calculations. Theoretical results are applied to different classes of 3d compounds from conventional weak ferromagnets (-FeO, FeBO, FeF, RFeO, RCrO, …) to unconventional systems such as weak ferrimagnets (e.g., RFeCrO), helimagnets (e.g., CsCuCl), and parent cuprates (LaCuO, …). View Full-Text
Keywords: Dzyaloshinskii–Moriya coupling; weak ferromagnetism; weak ferrimagnetism; orthoferrites; cuprates Dzyaloshinskii–Moriya coupling; weak ferromagnetism; weak ferrimagnetism; orthoferrites; cuprates
►▼ Show Figures 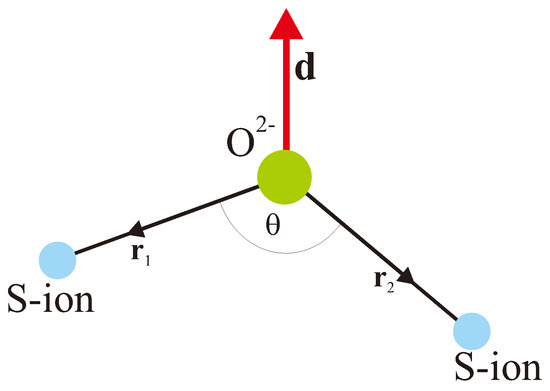