Implementation of a New Strongly-Asymmetric Algorithm and Its Optimization

The ability to send information securely is a vital aspect of today’s society, and with the developments in quantum computing, new ways to communicate have to be researched. We explored a novel application of quantum key distribution (QKD) and synchronized chaos which was utilized to mask a transmitted message. This communication scheme is not hampered by the ability to send single photons and consequently is not vulnerable to number splitting attacks like other QKD schemes that rely on single photon emission. This was shown by an eavesdropper gaining a maximum amount of information on the key during the first setup and listening to the key reconciliation to gain more information. We proved that there is a maximum amount of information an eavesdropper can gain during the communication, and this is insufficient to decode the message.
Keywords: quantum key distribution; synchronized chaos; number splitting attack quantum key distribution; synchronized chaos; number splitting attack

As mentioned previously, the proposed protocol utilizes a quantum channel to transmit a chaotic solution, which is then used to drive a corresponding system to reproduce the chaotic mask and decode the message. The following is the description of the proposed protocol, as shown in Figure 1, where the transmitter is referred to as Alice, the receiver as Bob and the eavesdropper as Eve.
During the establishment of the raw key, Alice and Bob first must find a reasonable number of photons to share. To do this Alice must know how long the modulated message she intends to send is, and from this she can determine how long the chaotic signal must be. Once this is known Alice then converts one of the solutions to a binary value. During the simulations in this paper, 32 bits where used for each this means that the established key must be at least the . Since on average half of the photons are rejected due to incorrect basis selection the number of photons shared must be over twice the length of the binary message. Only in the case of no noise and no eavesdropper in the channel would this be enough photons to establish a key long enough to encode the message. When there is noise and an eavesdropper, key reconciliation must be performed. During this process, the keys are broken up into blocks of equal length. In order to do this, key bits have to be removed from the keys during the reconciliation. This means that an additional arbitrary number of photons can be added to ensure the key is long enough.
Once the key reconciliation process is done Alice can now send her information over the classical channel. The first bit of information sent during the process is the encoded chaotic signal , where a simple digital frequency modulation is used to send the information. Upon reception Bob then can construct his synchronized chaotic solutions. With the chaotic solutions established at both the transmitter and receiver the intended information can then be sent over the classical channel. To encode the signal the chaotic solutions are not used to modulate the information, but instead is just used as mask as described by [20]. In order to ensure the chaotic mask is much larger than the message, the solutions are multiplied by a fixed amount of 10,000. This multiplication of the solution must be done at both transmitter and receiver, meaning the two must establish this before or during the communication. To ensure security of the protocol, the best recourse for the two is to have this as a preshared resource. When having this as a preshared resource it means the eavesdropper is not able to determine the magnitude they must subtract away from the solution. Although this need not be a requirement, and in the simulations provided the multiplicative factor was known to all parties. From the simulation results it was seen that this information could be sent during the communication without loss of secrecy.

As stated previously, the security of ordinary QKD protocols relies on the assumption that the photon sources produce strictly single photons. Due to the use of attenuated lasers the source becomes probabilistic in the number of photons emitted, which consequently means there is a nonzero probability for double-photon emissions. When these types of emissions are present, it reduces the ability for Alice and Bob to actively monitor the channel, meaning Eve can hide her presence and gain 75% of the key even before the key reconciliation. Although it was shown that during the reconciliation process double-photon emissions negatively affect the ability of Eve to gain her maximum available information, it was also shown that with this maximum amount of information during a classical QKD communication the information is not secure from being read. Compounding that, it has been shown that ordinary QKD does not provide a reliably secure form of communication. As a result, the proposed chaotic QKD protocol was developed in order to combat the drawbacks of ordinary QKD.
Chaotic QKD has an advantage over other QKD protocols by requiring the knowledge of the key to be beyond the limit accessible to Eve. It was shown that there was a maximum limit to the knowledge accessible to Eve; this came about due to quantum superposition and due the fact that a state vector can be written as a linear combination of states from different bases. Due to that, when an eavesdropper measures the channel, they unavoidably cause an intrinsic amount of error due to the measurement of states in the wrong basis. When this happens and the state collapses correctly after Bob’s measurement, it causes Eve to have to guess the bit value associated with the photon. Since there is an equal probability of it being either value, half of these bits will never be known to Eve when she guesses wrong. The exploitation of this information has made it possible to validate the proposed protocol, since it has been shown that giving Eve the maximum amount of information still does not allow her to decode the message.
The physical implementation of the communication protocol is an important steppingstone for the verification of a communications scheme. In future works the testing of this communication protocol will be performed, wherein an analysis of the physical drawbacks to the communication scheme will be examined. This will include the analysis of the uncertainty of state preparation, leading to further errors in the key. An analysis of the effects of noise in the quantum and classical channel will be examined, as will its ability to communicate over longer distances.

This research was funded by the National Space Grant Foundation (NSGF-80NSSC19K1577).

NC would like to acknowledge the discussions with Haleh Safavi and the other members of the quantum communications team at NASA Goddard Space Flight Center. 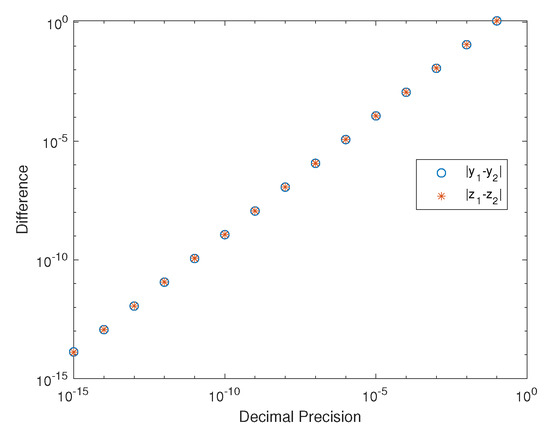 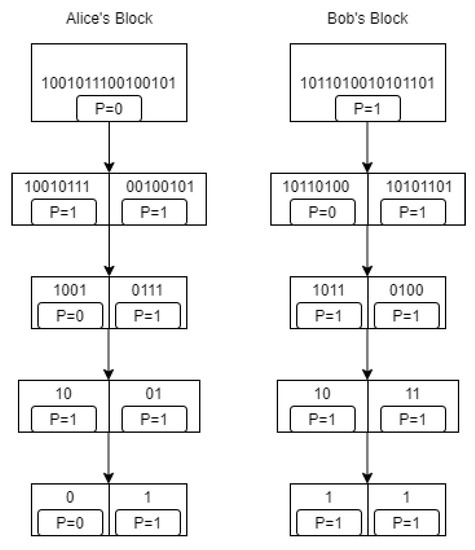 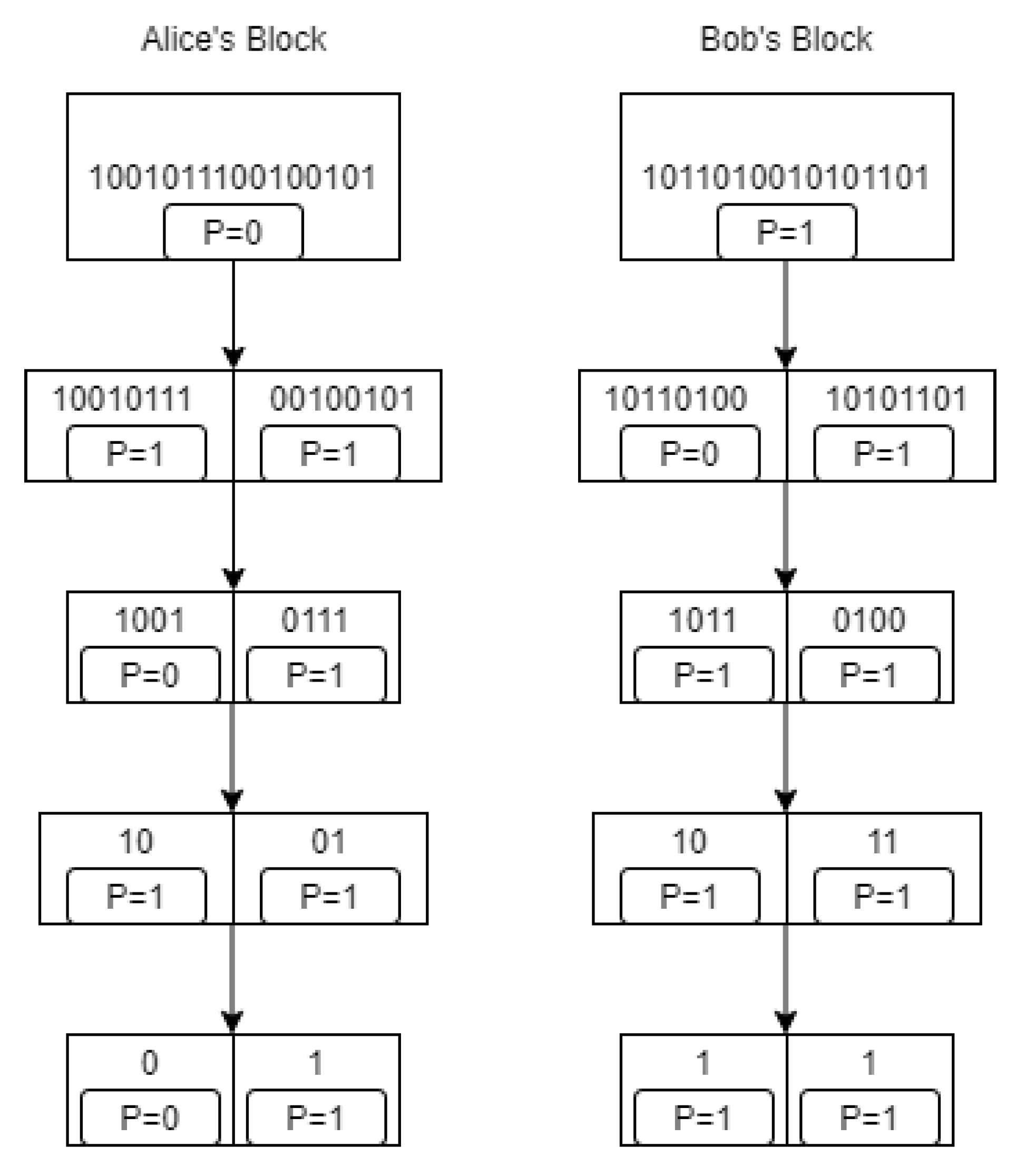 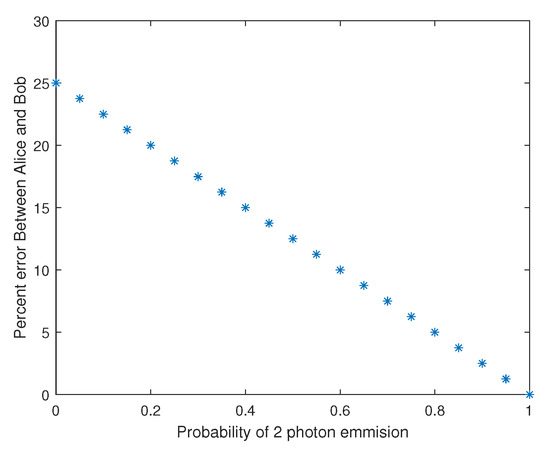 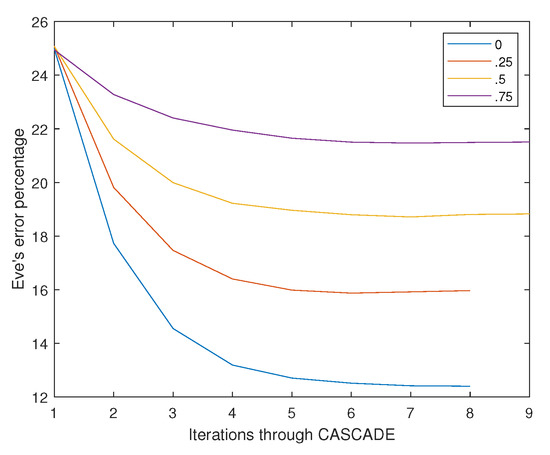 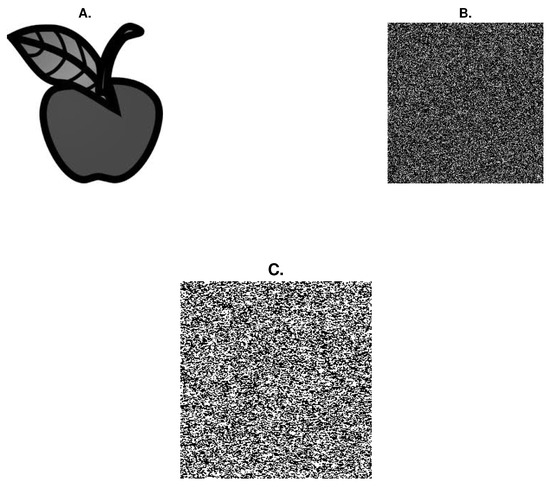