Spinoza and the Possibility of a Philosophical Religion

This paper demonstrates the method and meaning behind the argument that contemporary philosophers have found the key to “de-creation” in potentiality by implementing it in artwork. While creation in the usual sense seems to imply an active attitude, de-creation implies a passive attitude of simply waiting for something from the outside by constructing a mechanism to set up the gap to which something outside comes. The methods of de-creation are typically found in representations of reality using “Kakiwari,” which is commonly observed in Japanese art. Kakiwari was originally a stage background and has no reverse side; that is, there is no other side to the space. Mountains in distant views are frequently painted like a flat board as if they were Kakiwari. It shows the outside that is imperceptible, deviating from the perspective of vision. The audience can wait for the outside without doing anything (“prefer not to do”) in front of Kakiwari. It is the potentiality of art and it realizes de-creation. This paper extends the concept of de-creation by presenting concrete images and methods used in the author’s own works that utilized Kakiwari. This orients to the philosophy of the creative act by the artist herself.
Keywords: de-creation; outside; Japanese painting; art coefficient; becoming; passive attitude de-creation; outside; Japanese painting; art coefficient; becoming; passive attitude

2. Potentiality of the Art Coefficient

3. De-Creation in Japanese Art: The Technique of the Realistic Representation

4. Tradition of Creative Act in Japanese Painting: Consideration for the Outside

I found a sign of de-creation itself, i.e., waiting, in my own art practice. The concrete practice of de-creation is described below.
The aforementioned “The Tales of Ise” has been a popular subject in Japanese art for a long time. In particular, several artists have painted the scene of “Azuma kudari.” I have also used the “Azuma kudari” scene as a subject. It is said that the protagonist in “The Tales of Ise” is the poet Ariwara Narihira. “The Tales of Ise” contains many of Narihira’s poems, which can be read as a chronicle of Narihira’s love life. In “Azuma kudari,” Narihira loses his love and leaves his lover in the capital (present-day Kyoto, Japan) and travels to the east in loneliness. This is a story about the journey across the mountain road called “Tsuta no Hoso-michi,” which leads from west to east. Tsuta no hoso-michi is dark and narrow, and the ivy is so thick that it makes Narihira feel lonely. Narihira unexpectedly meets the ascetic monk he has met before. He entrusts the monk with a letter he has written to his lover. In the letter, Narihira writes the following famous poem [35].

The poem, written in an archaic language, can be translated into modern English as follows:

Not only in the real (Utsutsu) on Mt. Utsu of Suruga but also in dream I cannot meet my lover.

The first phrase of the poem, “Suruga naru Utsu no Yamabe no,” means “in the Mt. Utsu of Suruga country (now it is called as Shizuoka, Japan)”, as shown below in red. The next word, “Utsutsu” means “real” or “present.” The name “Mt. Utsu” comes from the name of the place where this mountain is located, and it is symbolized by the word “Utsutsu,” which has a similar sound but a different meaning (the word “Utsutsu” has yet another meaning, but I will address that later). “Yume” means “dream,” as shown below in blue, which is the virtual, the other side of the real, or the outside. “Hito” means a person left behind in Kyoto, and “Awanu” means that he cannot meet her. In this way, “Hito ni Awanu narikeri” is a song about loneliness, which refers to Narihira’s inability to meet his lover either in the real or in the outside.

Not only in the real on Mt. Utsu of Suruga but also in dream I cannot meet my lover.

Since the art coefficient implies only the gap between intention and realization, it has no positive substance in its own right. De-creation also has no positive substance since it is an image of vacancy between frameworks. Although a thoroughly passive attitude toward the outside cannot be positively expressed, it is very hard to comprehend the active significance of the passive attitude through gaps and emptiness. In this respect, Kakiwari is a substantial flat wall suggesting the outside behind it and is materialized. This materialization has an active nature, in contrast to the thoroughly passive attitude by which something can be summoned and waited for. The same is true for a log of Onbashira. Thus, we can positively affirm an active attitude of passivity rather than the gap of the art coefficient or the absence of de-creation. Materializing can be misleading; however, materializing as a thoroughly empty thing means having an active attitude toward the outside. In the past, mathematicians introduced imaginary numbers and zero as entities. The concepts of imaginary numbers and zero helped the field of mathematics develop very much. This same technique can be very effective not only in the arts but also in philosophy and science. If this is the case, the concepts of Kakiwari and Onbashira are important for clarifying the parallelism among philosophy, science and art, which is the development from being to becoming.
In particular, the concepts should have a great impact on the new realism, a type of speculative realism. Speculative realism is a philosophy that recognizes the significance of the outside and is oriented toward the outside of the world. The outside is summoned through a thoroughly passive attitude. The active attitude of philosophy in trying to explain the outside is incompatible with the aspect of the outside, and the moment the outside is explained, the world falls into a stagnant situation. The act of art, with its thoroughly passive attitude, becomes a philosophy that overcomes this problem. In this paper, I have attempted to describe a philosophy that summons the outside while maintaining the passive attitude of art. This is an important attempt that should be extended further attempt, although it can be difficult to make it understandable.
The same assertion can be found in “The Book of Imaginary Beings” by Borges. The book contains a very short sentence, “The Monkey of the Inkpot” [56], which is a part of a collection from a travel book on Southeast Asia written in 1791. The following is an excerpt from Borges which I translated in English from Japanese.

“This animal, which is not rare in the north, is four or five inches long. Its eyes are deep red, and its skin is jet black, smooth as silk and soft as a pillow. A strange instinct is its defining characteristic: it prefers ink. Whenever a person is about to sit down to write, this monkey sits beside him and huddles with his hands together, waiting for him to finish. Then, when he has drunk all the remaining ink, and afterward sits back on its haunches, quiet and satisfied.” (Borges cites Wang Tai-Hai, 1791)

There’s nothing more to write; I have made a perfectly superb “world” here. However, there is still some ink left in the inkpot. The more I look at this, the more I feel that I have not finished writing. It seems to me that there is something left unwritten. No matter how much I think I have written, I feel that I still have some creativity left in the inkpot. If a monkey reaches out and snatches it from beside me, this monkey being as small as if I could lift it up with five fingers, its fur is smooth and slippery, and it would probably be agile, even if it tried to catch it. The monkey is very unlikely to be caught. There is an emotional attitude that appears to be of deep despair and affirms eternal unfinishedness; however, such a “danger of repetition” [14] is the very attitude of being, and it can be said that it is the “death of art” as pointed out by Kumakura [57]. Those who are inclined toward de-creation always enjoy offering monkeys ink. The monkey drinking the ink means that the monkey constitutes the emptiness (gap) and I achieve de-creation and see completion easily in the most convenient way (read by Nakamura [30].) This is the philosophy of practice that can be found in the work of creative act=de-creation by artists.

This paper contains no data.

I would like to acknowledge all my colleagues, especially my coresearcher, Gunji, who read the manuscript and made suggestions. Gunji’s critiques and ideas continue to give me a fundamental image of the outside. This paper is greatly influenced by Gunji’s suggestions. I also received a very positive review of this study from reviewers. An unnamed reviewer brought up the idea of “nullspace”, which may be a candidate for how AI thinking can genuinely suggest an “outside” without touching it. This suggestion is important; however, since the idea is an enormous topic that exceeds the scope of this paper, I will refrain from discussing it and leave it as a subject for future study. 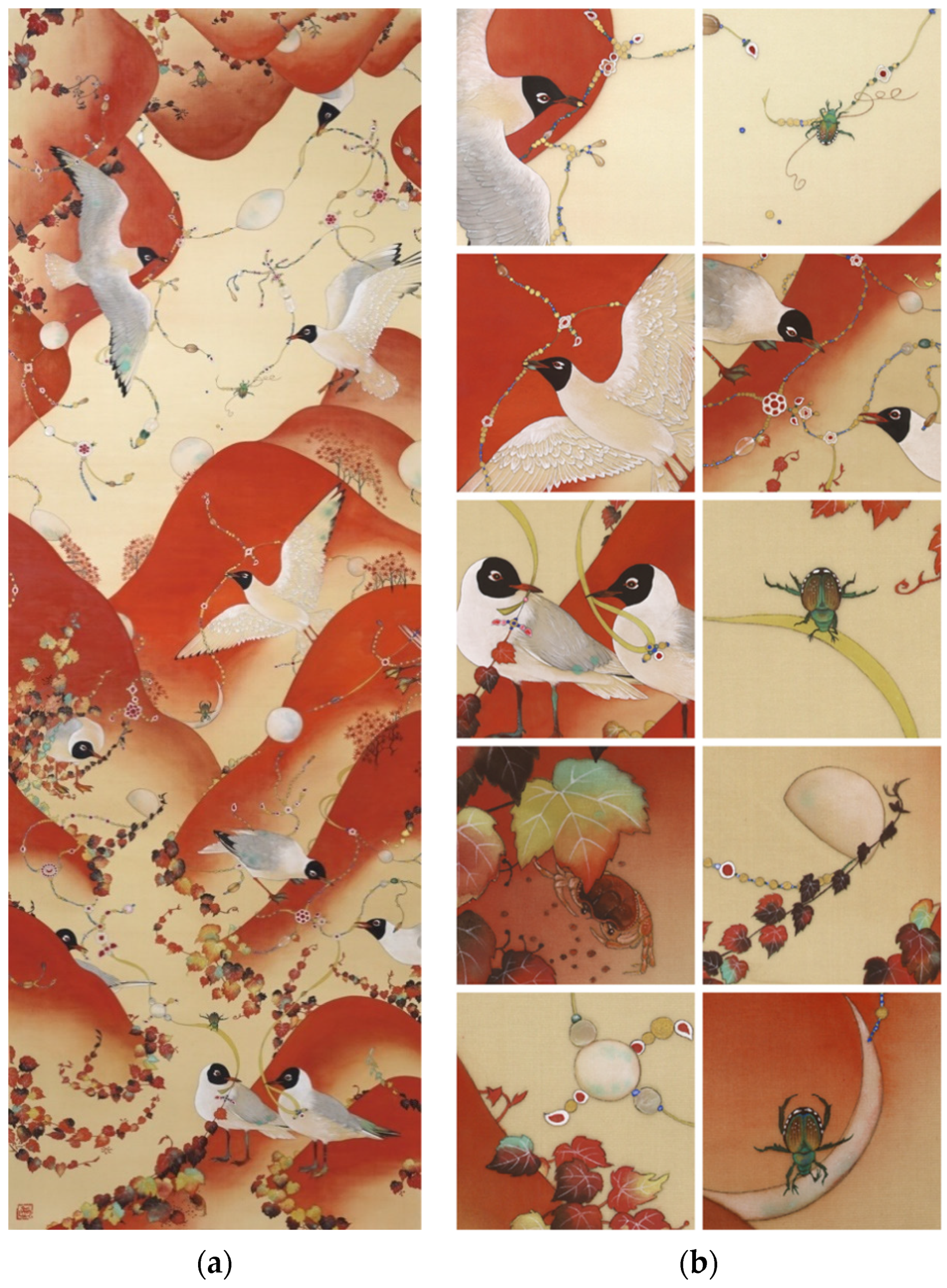