Time and the Problems of Television: Three Images

The major category of television is time […]. The television, at these experimental stages amounted to an array of devices that not only represented time, like cinema, but relied at its technical base on time-based concepts such as synchronisation and delay. Sending and receiving devices had to stay in synch with for transmission to take place. It became all the more representative of a time criticality as images would disappear once they were transmitted. The temporal dimension of television […] would be an insistent present-ness’.
[29] (p. 251)

The television image was ephemeral, in time, in a way that the photo-chemically fixed cinematic image was not. The television image was captured, held for a brief moment due to the slightest of delays in the wires of the medium. Like cinema, television gave form to time-images. But these were distinct from cinematic time-images based not on their representational character but on their operation in time.
In these experimental stages, television began to work by segmenting the world in front of the transmitter into points of light that could be strung together to make bands. It is in this sense that Kittler refers to the medium as the first to give all-electronic form to Claude Shannon’s Mathematical Theory of Information [16] (p. 202). To achieve this, as Kittler pointed out, images would become ‘discrete quantities of data’ [16] (p. 208).
Delay was a major problem. Selenium lagged. Brighter lights helped but did not solve the problem. A photo-electric cell could stand in for selenium, but this had problems with sensitivity. John Logie Baird would eventually solve these problems by eventually replacing the selenium in his experimental apparatus with photoelectric cells, but making it more sensitive by developing what he called a ‘signal sharpening circuit’.
However, there were still traces of the problems of television in the images that it was able to produce. In the first play to be broadcast in Britain, The Man with a Flower in His Mouth (Figure 3), the time-based problems of delay and synchronisation persisted as actors had to stay close to the cameras so that light was able to be picked up by the photoelectric cells and in both actors had to wear heavy make-up and restrict their movements so that they could be recognised by receivers that were slightly out of synch with the transmitter and split the signal into scan lines that failed ever so slightly to line up. The medium continued to dictate what could and could not be made out on the small receiving screens. The medium necessitated a certain up-closeness, both in terms of the performers’ proximity to the cameras and the viewers’ proximity to the screen, so that they could make out the image.
Image 3: Up-closeness.
The Times featured the following description the day before the broadcast of The Man with a Flower in His Mouth:

The first television play, an adaption of Pirandello’s The Man with a Flower in His Mouth, is to be broadcast by the B.B.C. from the Baird studios at 3:30 on Monday afternoon. The production marks an interesting advance in television, for hitherto the broadcasts have consisted of the head and shoulders of just one artist singing or a lecturer talking. In this play that head and shoulders will be seen of each of the three characters—the man, a customer and the woman—as he or she speaks, and not only will the faces of the actors be seen, but there will also be images of their hands, the gestures they make, and other objects illustrating the dialogue.
[30] (p. 7).

Conclusions: What We Learn from the Three Images

What Claude E. Shannon was so instrumental in showing in his Mathematical Theory of Communication was the way that the major communications inventions of the telephone, television and radio could be reconsidered not as devices that deliver meaning but as devices that transmit information, which could be figured in mathematical language [35]. The voice of the telephone and radio, the audiovision of television, were able to be reduced to information problems and, as Shannon so importantly showed, information could be understood and measured as bits, when samples were taken of a continuous waveform. In terms of the television—it was the time-based problems that had to be solved in order for information to be transmittable and these solutions have come to define the television as a technology of culture. And this is a technology that produces the time of the instant, the fragment, the bit, the pixel.
In this paper I’ve taken three different images and started to think through the temporality that they produce. The first image was taken from Matt Frei’s UK Channel 4 report and demonstrated television’s capacity for organizing the event and the temporality of waiting for the contingent that it produces. The second image was Korn’s Bildtelegraph, which was used to tease out the idea of the particalisation of time and to historicise the contemporary attempts at the measurement and control of both images and events, which can be seen in the first image. The third image was taken from the first UK television play The Man with a Flower in His Mouth and offered a way to critique the technical qualities of delay and synchronisation that gave TV one of its medium specific characteristics in terms of seeing up-close. In this sense, both image two and image three were investigated in order to historicise the experience of the first image, the nervousness, the tension, the waiting and the idea of a failure to be able to control the events that the television itself both invites and produces. Both image two and image three have shown how the engineering solution to time-based problems not only provided the means for the invention of television but also produced cultural viewing routines. As the reader has now hopefully seen, this argument can then be folded back onto image one, where my initial response to the broadcast was not just a reaction to the events shown on the screen but to the apparatus itself and to an image that has temporarily freed itself from the apparatus. It has been the argument of this essay that images two and three–and the technical discoveries, engineering solutions, and technological operations that they express—set the conditions for the experience of contemporary television. They introduced a type of time that was particalised and only able to be organized by technical means. Of course, contemporary television works hard to erase its technical legacy and to make these qualities of the medium recede into the background. As seen in the Channel 4 report form Paris, the professional norms of television production are aimed at creating a flow, at setting up one thing that dovetails into another, at covering over the medium’s fragmentary roots and making it progress according to a line. However, scenes such as the one that started this paper - scenes of crisis—breakthrough this surface and again make visible the temporality of the apparatus. They do this by exceeding the apparatus, by escaping its control, by showing how time might erupt through the organization of scenes.

This research was funded by a Leverhulme Research Fellowship. 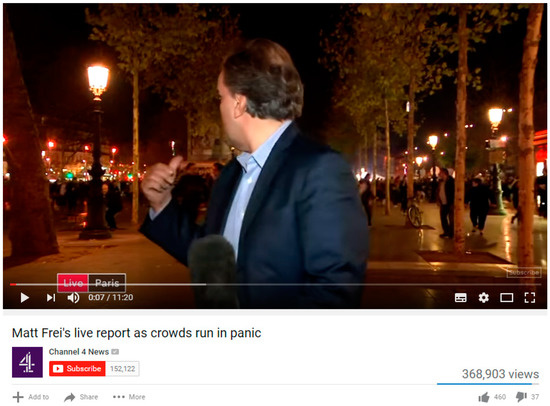 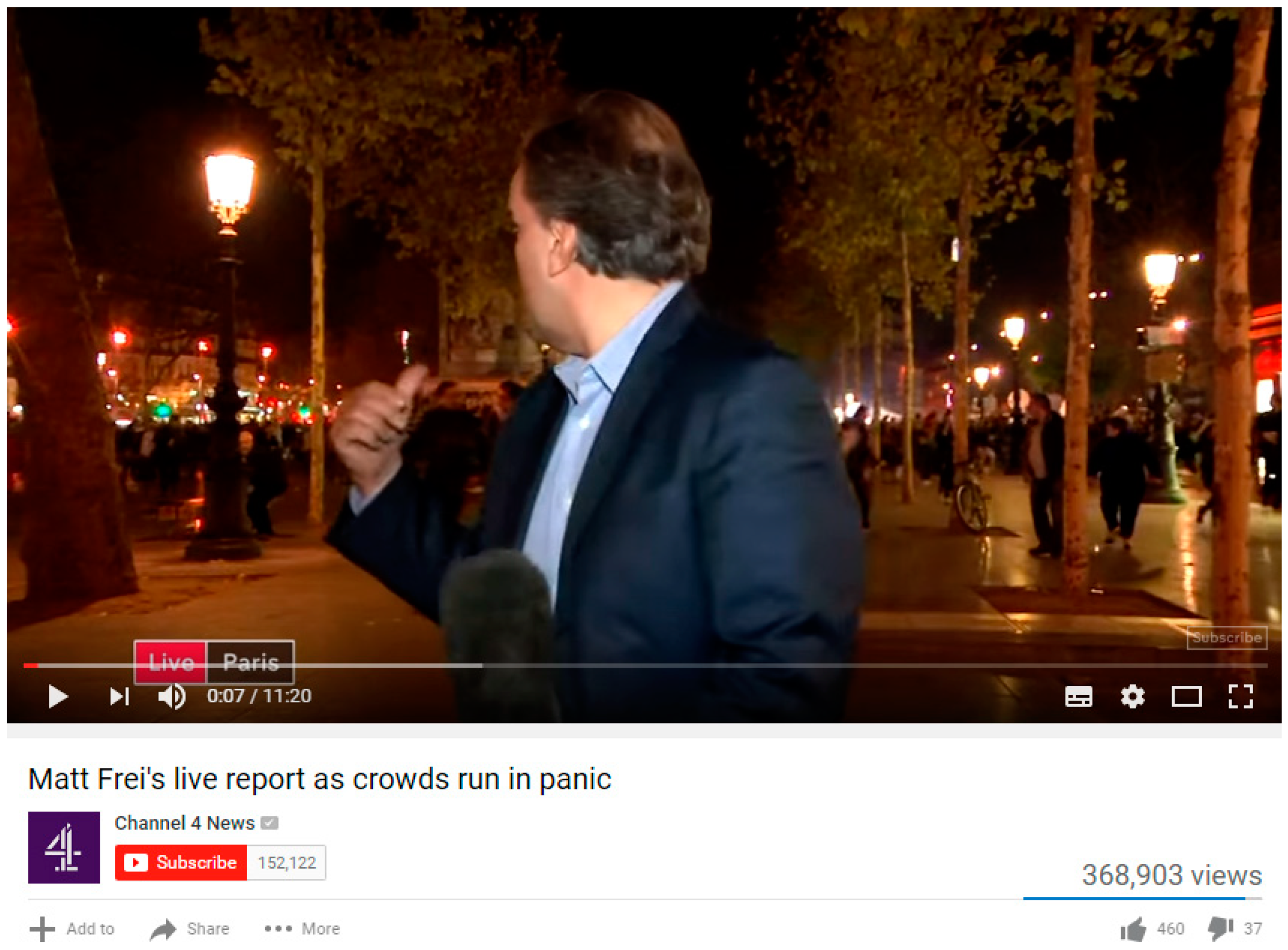 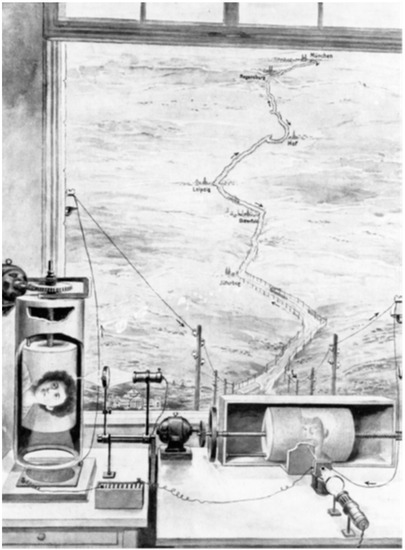 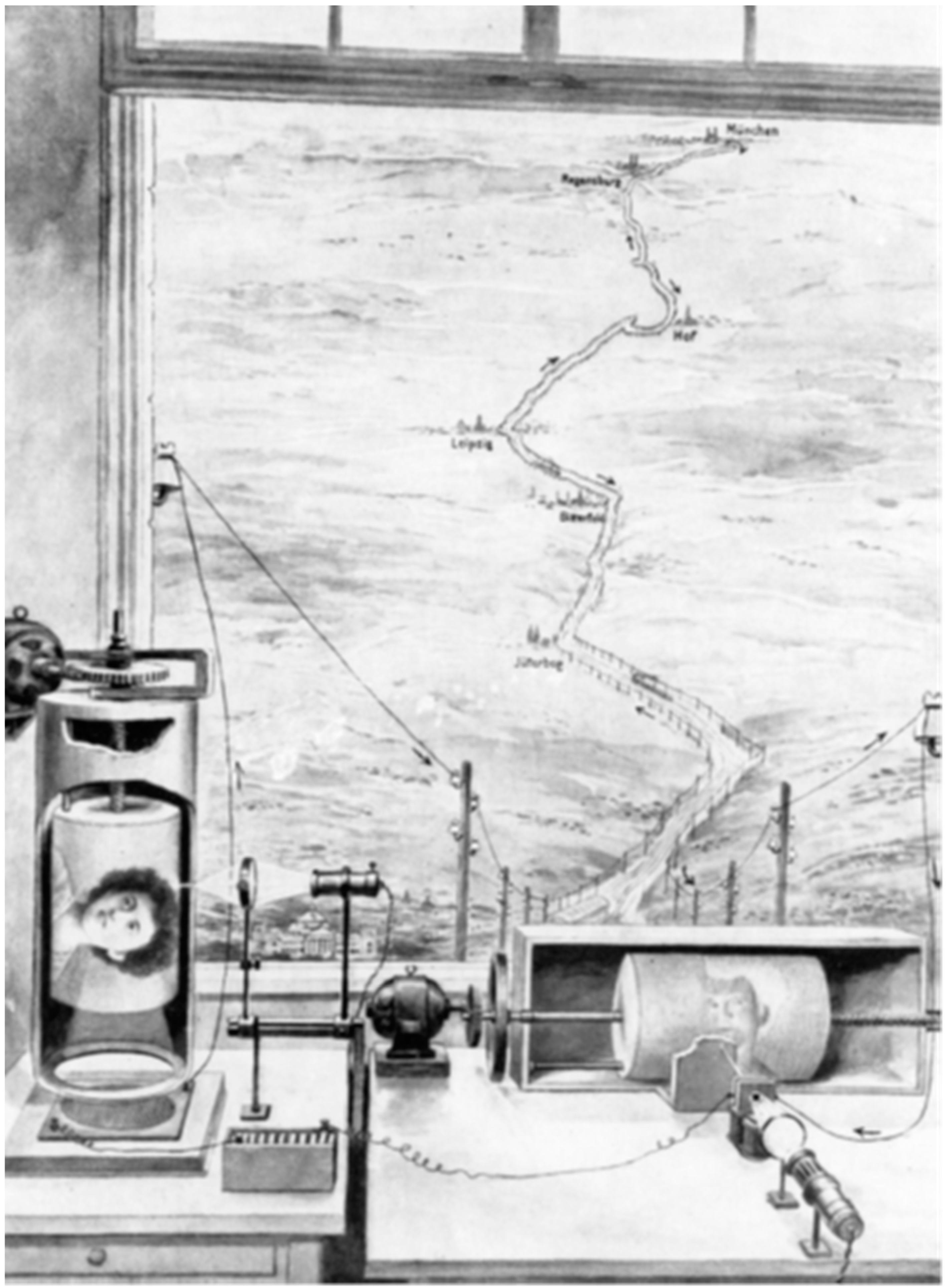 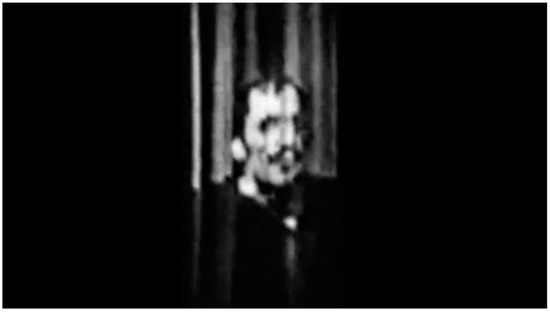 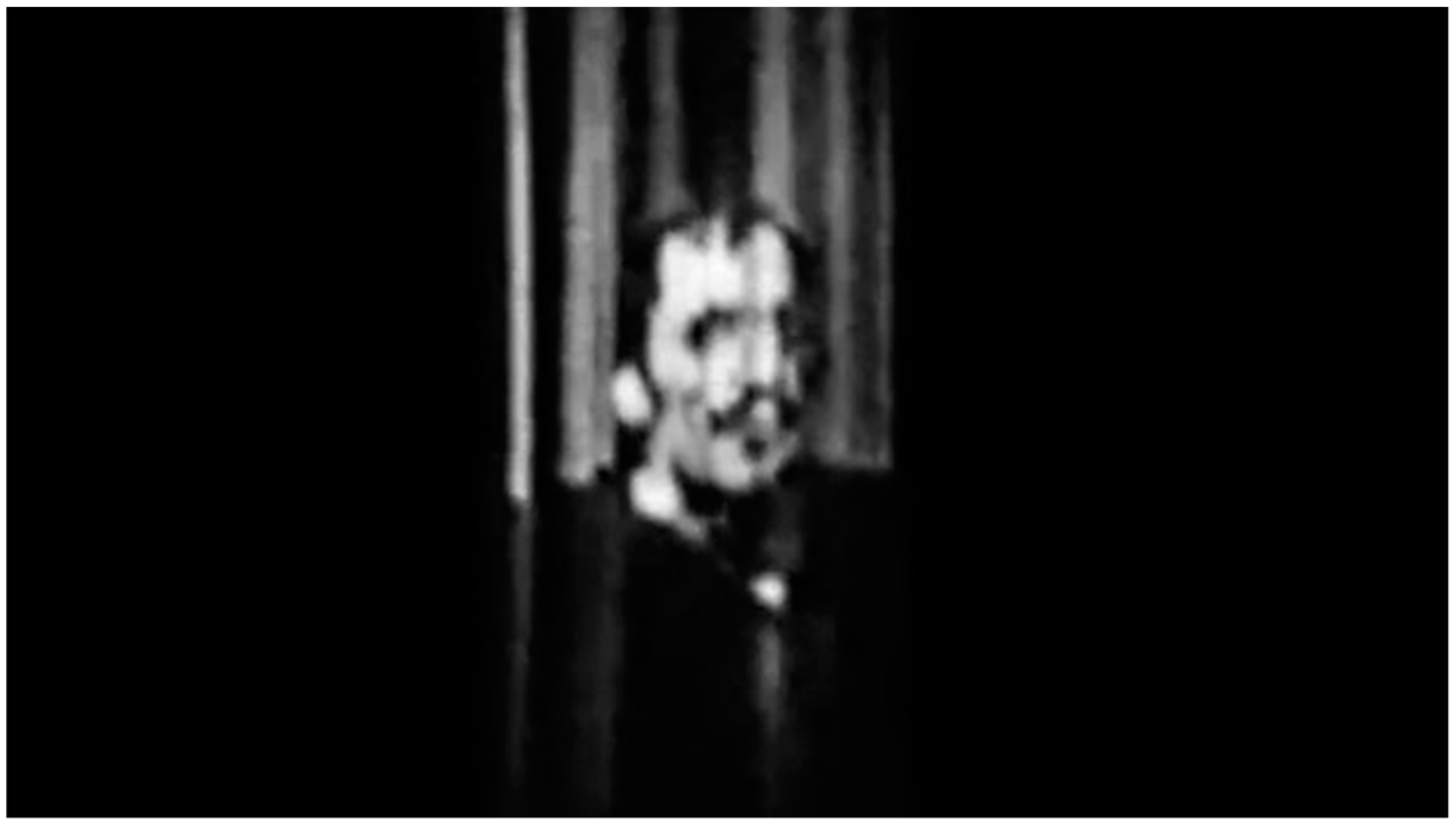