Synthesis of Quenchbodies for One-Pot Detection of Stimulant Drug Methamphetamine

The problem of illicit drug use and addiction is an escalating issue worldwide. As such, fast and precise detection methods are needed to help combat the problem. Herein, the synthesis method for an anti-methamphetamine Quenchbody (Q-body), a promising sensor for use in simple and convenient assays, has been described. The fluorescence intensity of the Q-body generated by two-site labeling of Escherichia coli produced anti-methamphetamine antigen-binding fragment (Fab) with TAMRA-C2-maleimide dyes increased 5.1-fold over background in the presence of a hydroxyl methamphetamine derivative, 3-[(2S)-2-(methylamino)propyl]phenol. This derivative has the closest structure to methamphetamine of the chemicals available for use in a laboratory. Our results indicate the potential use of this Q-body as a novel sensor for the on-site detection of methamphetamine, in such occasions as drug screening at workplace, suspicious substance identification, and monitoring patients during drug rehabilitation.
Keywords: Quenchbody; antibody; methamphetamine; illicit drug; in-situ immunoassay Quenchbody; antibody; methamphetamine; illicit drug; in-situ immunoassay

The protocol detailed in this paper can be divided to two parts; the expression of anti-MA Fab and its conversion to Q-body. The pUQ1H(MeM9), pUQ1L(MeM9), and pUQ2(MeM9) plasmids are generated and transformed in the E. coli, respectively. The expression of anti-MA Fab is induced in a large quantity of bacterial culture. The expressed Fabs are present as soluble form, and are purified using a His-tag at the C-terminus of H chain by immobilized metal affinity chromatography (IMAC). The second part is the labeling of Fab and confirming the efficiency of the Q-body as a probe for detecting MA derivative. After reduction of cysteine residue on the Cys-tag(s) using TCEP agarose beads, its labeling with either TAMRA-C0-maleimide, TAMRA-C2-maleimide, or TAMRA-C5-maleimide is performed via maleimide-thiol reaction. Q-body is purified using His-tag-based IMAC followed by Flag-tag-based affinity purification. The buffer is exchanged to phosphate-buffered saline added with 0.05% Tween20 (PBST) by using 3 k MWCO ultra-filtration column. The fluorescence intensity of Q-bodies with denaturant is measured using a spectrofluorometer to compare their quenching capacities and to select the most efficient type of Q-body through a total of nine variation (three Fab constructs with different numbers and positions of Cys-tag, and three dyes with different length of linkers between TAMRA and maleimide). Next, various concentrations of 3-[(2S)-2-(methylamino)propyl]phenol, phenethylamine, methoxyphenamine, or PBST are added for titration, and fluorescence titration curves are drawn at the emission maxima of each spectrum.

To insert a Cys-tag into the N terminus of L chain of anti-MA Fab, H chain was amplified with the primers ProxNdeBack and CH1ForOverlap and tttHchain (Table 1) as a template DNA, and L chain was amplified with the primers OverlapProxBack and CLforBamHI and tgcLchain (Table 1) as a template DNA. The amplified DNA fragments were linked by splice-overlap-extension (SOE) PCR with ProxNdeBack and CLforBamHI, then cloned into the NdeI-/BamHI-digested pUQ0H1L(DON) [15]. Follow Steps 1–20.

To insert Cys-tags into the N terminus of both H and L chains of anti-MA Fab, H chain was amplified with the primers ProxNdeBack and CH1ForOverlap and tgcHchain (Table 1) as a template DNA, and L chain was amplified with the primers OverlapProxBack and CLforBamHI and tgcLchain (Table 1) as a template DNA. The amplified DNA fragments were linked by splice-overlap-extension (SOE) PCR with ProxNdeBack and CLforBamHI, then cloned into the NdeI-/BamHI-digested pUQ0H1L(DON) [15]. Follow Steps 1–20.

CRITICAL STEP All steps in this section must be carried out in a sterile environment.

1.
Transform pUQ1H, pUQ1L, or PUQ2 plasmid vector containing anti-MeM9 Fab, Cys-tag(s) at the N-terminal of H and/or L chain, His-tag at the C-terminal of H chain, and Flag-tag at the C-terminal of L chain into SHuffle T7 LysY competent cells. Add 5 µL of plasmid to 100 µL of competent cells and incubate the mixture for 30 min on ice. Incubate the cells for 45 s at 42 °C, and then immediately chill the cells on ice. Add 500 µL of LB medium to the cells and incubate them for 1 h at 37 °C with vigorous shaking (200 rpm). Spin it at 10,000 g for 10 min at room temperature in a microcentrifuge and remove 1 mL of the supernatant. After pipetting, spread the cells on pre-warmed LB plate containing 100 µg/mL ampicillin, and then incubate the plate for 16 h at 37 °C.

CRITICAL STEP Do not overgrow the colonies. This can result in local breakdown of the ampicillin, and formation and survival of satellite colonies that lack the plasmid.

PAUSE STEP The plates can be removed from the incubator, sealed in Parafilm, and stored upside down at 4 °C for up to 2 weeks.
2.
Add 4 µL of 100 mg/mL ampicillin stock to 4 mL culture tube containing 4 mL of LB medium. Pick a single colony and inoculate it in the culture tube.
3.
Incubate the culture tube in a tabletop shaker at 200 rpm at 37 °C. Monitor growth using a UV-visible light spectrophotometer measuring absorbance at 600 nm. Grow the colonies until the optical density (OD) 600 value reaches 0.9 (typically 16–18 h).

CRITICAL STEP Growth rates will be dependent upon the protein of interest. For each protein, it is recommended to experimentally determine the ideal expression time for optimal expression. Overgrowth will deplete the ampicillin, resulting in the growth of cells lacking the plasmid.
4.
Add 200 µL of ampicillin stock to 1 L flasks containing either 200 mL of LB medium.
5.
Inoculate the medium with 2 mL of confluent 4 mL culture from Step 4 (1 mL per 100 mL of culture). Incubate the culture flask in a shaker at 200 rpm at 37 °C.
6.
Monitor growth using a UV-visible light spectrophotometer measuring absorbance at 600 nm. Grow the colonies until the OD600 value reaches 0.6. Troubleshooting: If the OD600 value is higher than 0.6, dilute the sample until the value reaches 0.3 and re-incubate the sample until its OD600 value reaches 0.6.
7.
Induce the cells with 80 µL of 1 M IPTG in ultrapure water (0.4 mM final concentration) and incubate the culture flasks in a shaker for 16 h at 200 rpm at 16 °C.
8.
Transfer the sample to 50 mL centrifuge tubes and pellet the cells by spinning down them at 4000 rpm for 30 min at 4 °C in a centrifuge. Decant the supernatant without disturbing the pellet. 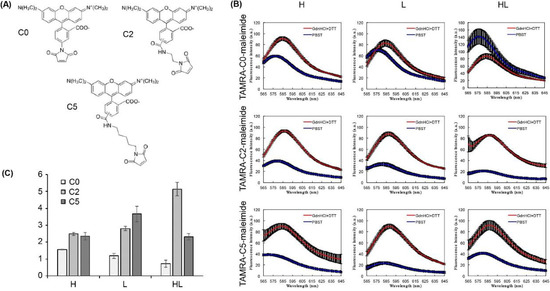 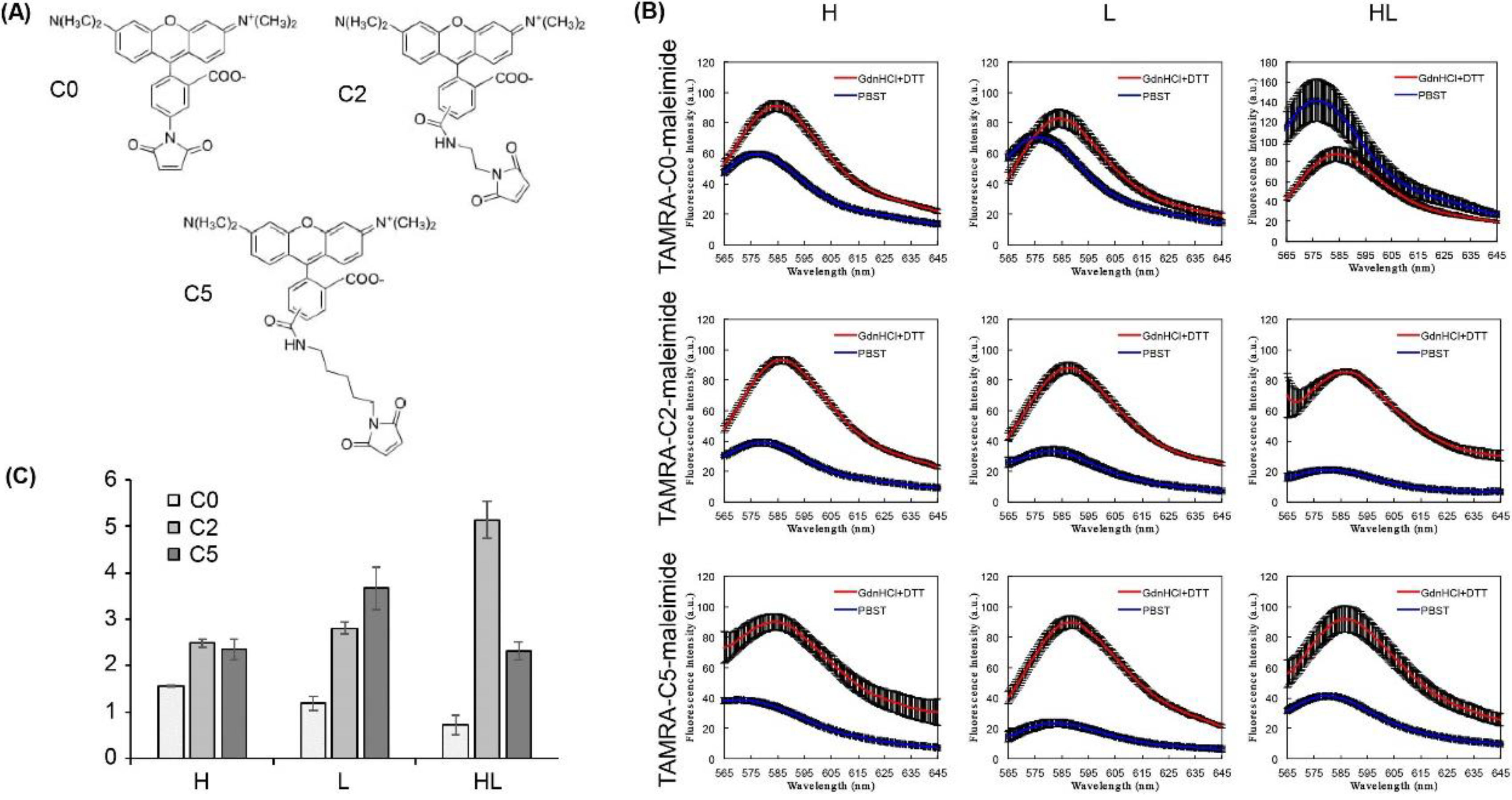