Central nervous system involvement related to decompression sickness (DCS) is a very rare complication of breath-hold diving. So far, it has been postulated that repeated dives with short surface intervals represent a key factor in the development of breath-holding-related DCS. We report the case of a breath-hold diver who, after repeated immersion, developed DCS with brain involvement. After treatment in a hyperbaric chamber, there was a clinical improvement in the symptoms. Magnetic resonance imaging of the brain showed hyperintense lesions in long-time repetition sequences (FLAIR, T2WI) in the left frontal and right temporal lobes. Diffusion-weighted imaging (DWI) sequences and the apparent diffusion coefficient (ADC) map were characteristic of vasogenic edema, allowing us to exclude the ischemic nature of the process. These findings, together with the acute clinical presentation, the resolution of lesions in evolutionary radiological controls and the possible involvement of blood–brain barrier/endothelial dysfunction in DCS, could suggest a new form of posterior reversible encephalopathy syndrome (PRES)-like presentation of DCS. This would represent a novel mechanism to explain the pathophysiology of this entity. We conducted a literature review, analyzing the pathophysiological and neuroimaging characteristics of DCS in breath-hold diving based on a case of this rare disease.
Keywords: decompression sickness; breath-hold diving; magnetic resonance imaging; diffusion-weighted images; apparent diffusion coefficient maps; PRES decompression sickness; breath-hold diving; magnetic resonance imaging; diffusion-weighted images; apparent diffusion coefficient maps; PRES

Diving has become a widespread practice in the world today, encompassing a wide range of activities from scuba diving (as a sport or professionally) and snorkeling to breath-hold diving. Breath-hold diving is mostly practiced at shallow depths and for short periods of time by the general public; in contrast, spearfishermen or competitive breath-hold divers may make repeated dives to depths of more than 30 m and for longer periods of time (>1 min) [1,2]. One of the most serious complications of both breath-hold diving and scuba diving is decompression sickness (DCS). In general, DCS is caused by the appearance of inert gas bubbles in the blood and/or tissues during or after a reduction in environmental pressure [3]; DCS can also affect aviators, astronauts and compressed air workers. Currently, DCS with neurological symptoms is estimated to occur in 2.7 out of 10,000 divers [3]. Although previous studies have been published attempting to correlate neuroradiological findings with the pathophysiology of neurological DCS, especially in breath-hold diving, this remains unclear at present [4,5,6,7].
Despite this, advances in modern neuroimaging techniques in recent years have allowed us to gain a deeper understanding of numerous neurological pathologies. This improvement has been partly due to the development of diffusion-weighted imaging (DWI) sequences and apparent diffusion coefficient (ADC) maps, which are very useful for a differential diagnosis between vasogenic and cytotoxic cerebral edema.
We report the case of a spearfishing breath-hold diver with brain DCS and conducted a review of the literature, analyzing the pathophysiological and neuroimaging features of DCS in breath-hold diving.

A 31-year-old male came to the emergency department with symptoms of paresthesia and difficulty writing. There was no medical or surgical history of note, and he currently worked as an underwater fisherman.
The day before admission, while he was spearfishing, he began to have fatigue, as well as headache, paresthesia and weakness in the right hemibody. He also reported feeling “confused” and “disoriented”, even having difficulty getting out of the water. Finally, he managed to reach a dock and call for help. The summary of the patient’s dive profile consisted of a 3 h dive at a maximum depth of 30 m, with inter-immersion periods of less than 2 min on the surface and breath-hold times longer than two minutes. Two days earlier he had made another dive of approximately 4–5 h at a similar maximum depth (30 m) and with a similar dive profile.
After consulting the emergency room for these symptoms, he was discharged due to “muscle weakness after physical exercise”. As the hours passed, he reported an improvement in the weakness, although with persistent right brachiocrural paresthesia, as well as manipulative clumsiness of the right hand and a feeling of dullness in the head. Finally, given the persistence of symptoms, he decided to return to the emergency department and was then assessed by the on-call neurologist. The vital signs were blood pressure 128/68 mmHg, heart rate 82 bpm, oxygen saturation 100% and temperature 36.0 °C. Neurological examination showed the following: alert and oriented; language, speech and voice were preserved; normal cranial nerves; motor balance preserved; right Babinski’s sign; preserved exteroceptive sensitivity; coordination without dysmetria; and cautious gait, not ataxic. A computed tomography (CT) scan of the brain was urgently requested (Figure 1), showing findings compatible with a subacute ischemic lesion in the territory of the left anterior cerebral artery.
Given the history of breath-hold diving with a risk profile for DCS, as well as the clinical-exploratory and neuroimaging findings, the patient was transferred to the reference hyperbaric chamber. Recompression was carried out in the hyperbaric chamber at 2.8 atmospheres absolute (ATA), and the patient presented progressive recovery of symptoms, for which treatment was completed using US Navy Table 6 (Figure 2). Abundant oral hydration was given, and the patient was recommended to remain near the hyperbaric chamber for 24 h. The patient was admitted to the Neurology Department (in the Stroke Unit, initially).
During admission, the following complementary examinations were performed: brain magnetic resonance imaging (MRI; Figure 3, Figure 4 and Figure 5) showed right temporal and left frontal cortico-subcortical lesions, probably secondary to neurological involvement of DCS; neurosonological study of supra-aortic and intracranial arteries showed no atheromatosis or significant hemodynamic alterations; blood tests, including biochemistry, hemogram, coagulation study, serology and autoimmunity, were normal; transthoracic echocardiography was normal (including negative agitated saline contrast study for right-to-left shunt); and total body CT scan showed no evidence of neoplastic process.
After the extension study, given the lesions in the cerebral MRI suggestive of brain involvement due to DCS, the patient being asymptomatic from the clinical point of view and the absence of findings in the extension study that could explain the clinical picture, the patient was discharged from hospital with planned follow-up neurology consultations.
During follow-up, the patient did not present any new neurological symptoms, and radiological improvement was observed in successive neuroimaging tests (Figure 6), with only minimal chronic cortical lesions compatible with areas of cerebral malacia in the right temporal and left frontal lobes of the brain.

The pathophysiology of DCS in breath-hold diving remains currently unknown. Here, we report a case of DCS in a breath-hold diver. The radiological findings observed in our case, with bihemispheric lesions, hyperintensity in long-TR sequences (T2WI, FLAIR) and no restriction in diffusion sequences (vasogenic edema), suggest an alteration of the BBB. These findings, together with the acute clinical presentation, the resolution of lesions in evolutionary radiological controls and the potential involvement of BBB/endothelial dysfunction reported in recent research studies, could suggest a new form of PRES-like presentation of DCS. Despite this and because of the low prevalence of this pathology, a greater number of cases, studied with adequate neuroimaging protocols, are necessary to deepen our understanding of the pathophysiological mechanisms of neurological breath-hold diving-related DCS.

Patient consent was waived since no data allowing patient recognition are shown in the present work.

To J.A. Viqueira-Caamaño, for his dedication to the study, research and teaching of underwater and hyperbaric medicine. His legacy will inspire future generations to continue to deepen the understanding of diving-related pathologies. 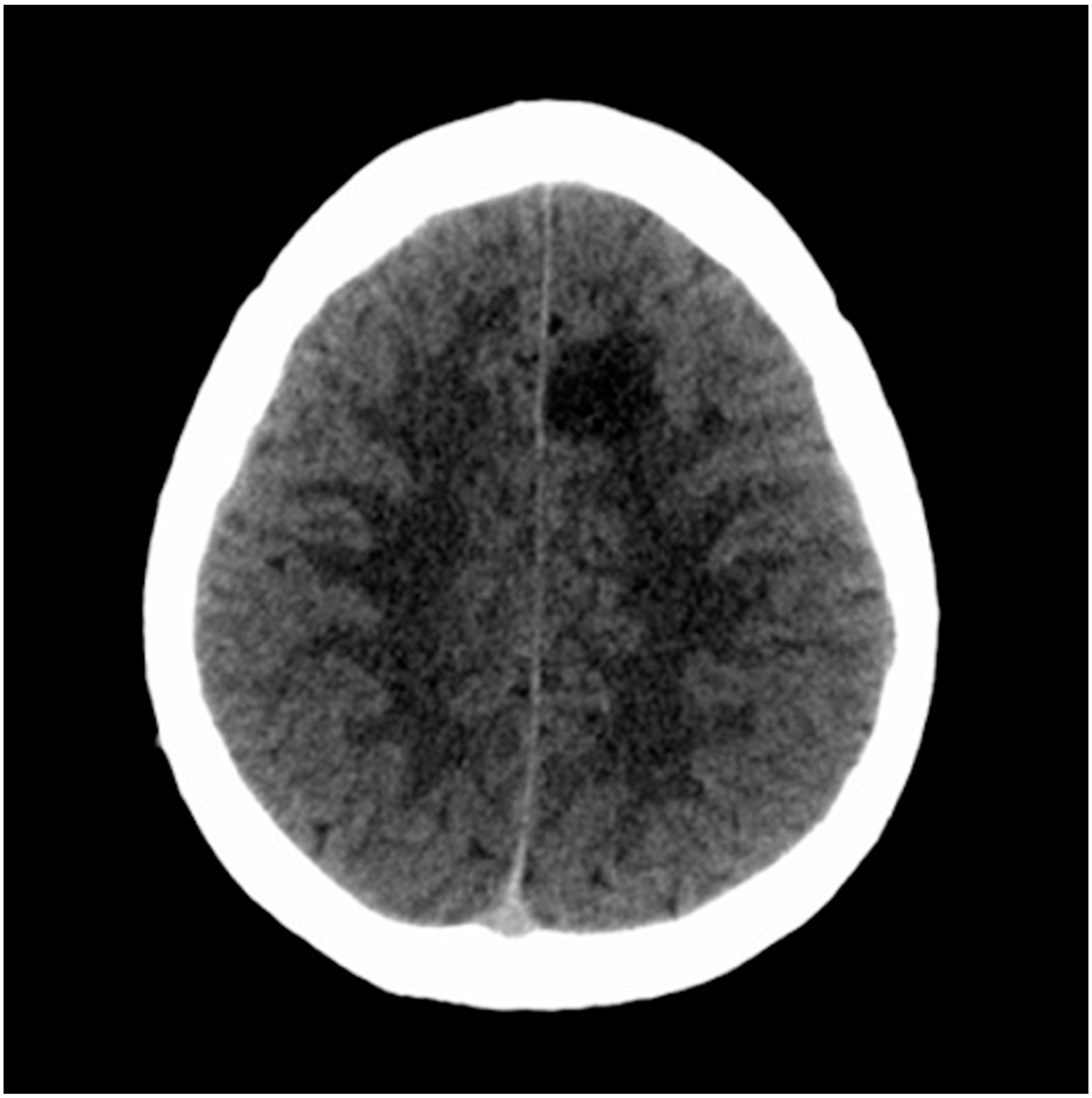 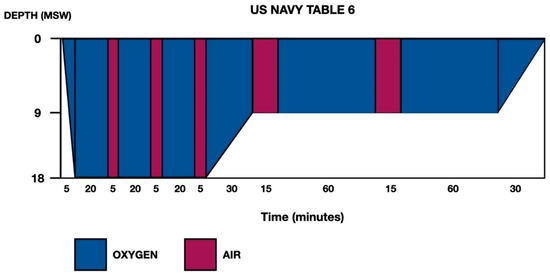 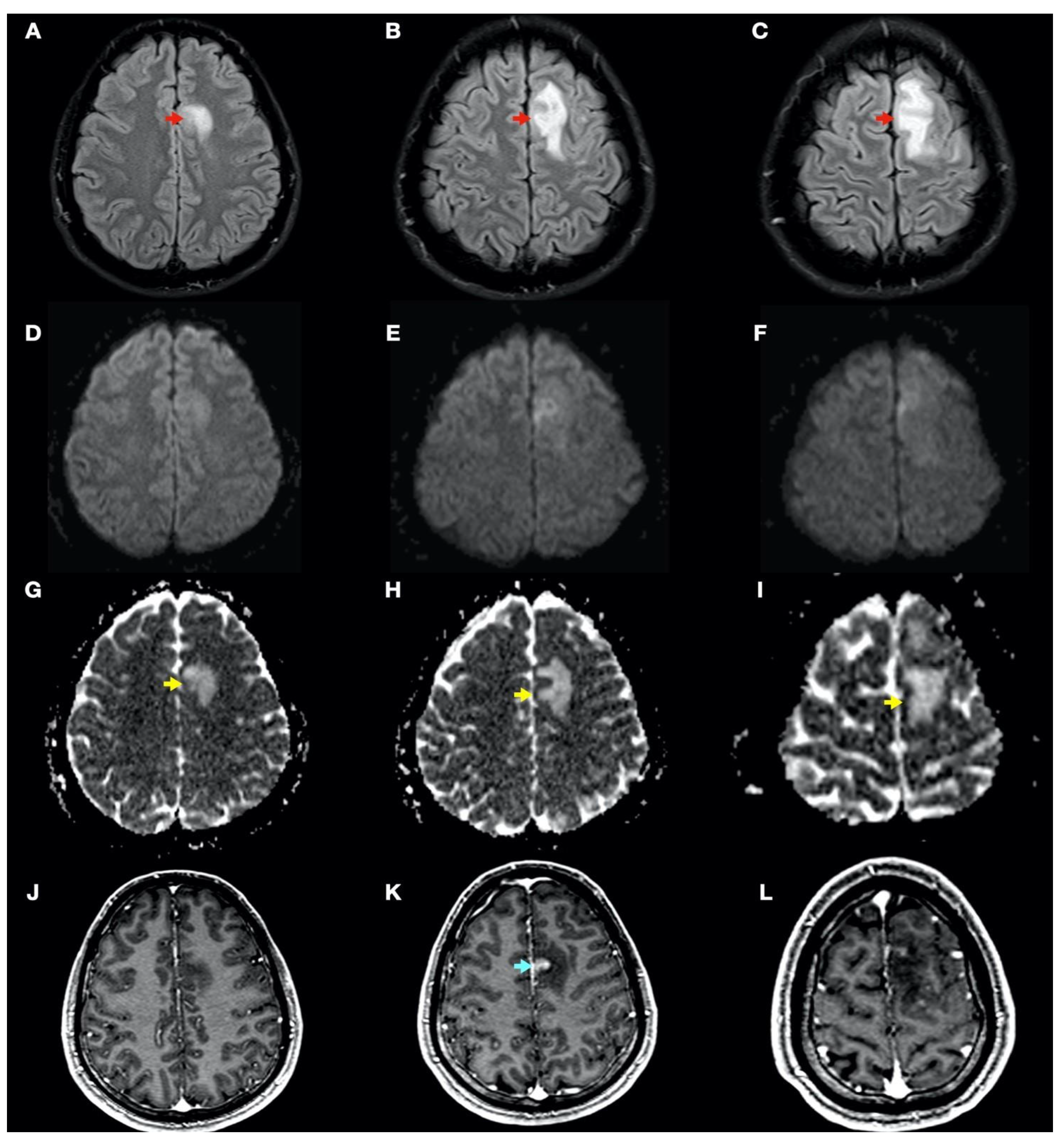 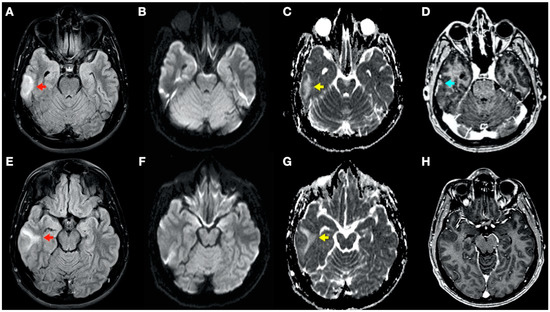 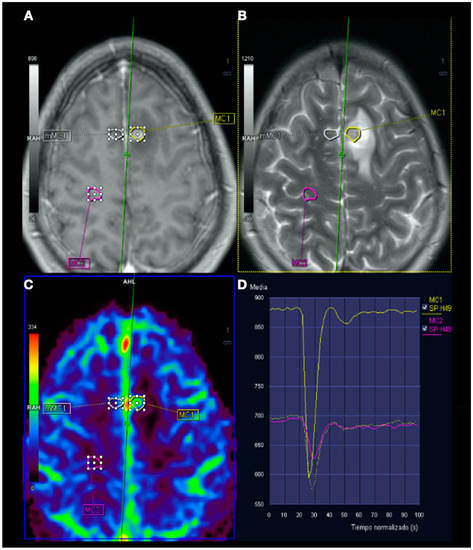 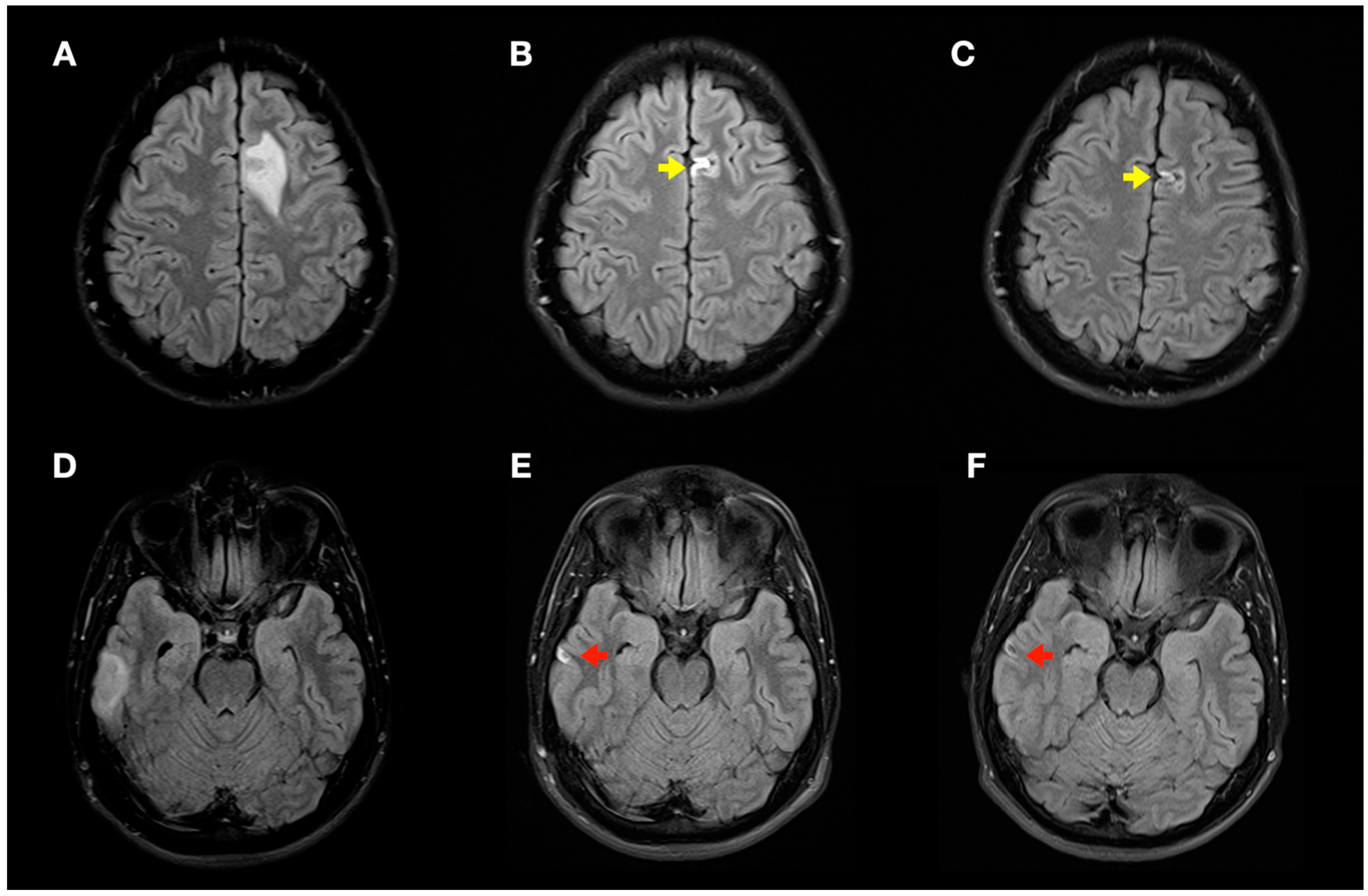