:
Background: High-impact trauma frequently leads to injuries of the orbit, but literature focusing on the viscerocranium rather than the neurocranium is underrepresented. Methods: Retrospective cohort study (2006–2014) at an urban level 1 trauma center assessing the frequency and typical patterns of orbital injuries on whole-body computed tomography (WBCT) with maxillofacial multi-slice CT (MSCT) after severe trauma. (1) Screening of consecutive WBCT cases for dedicated maxillofacial MSCT. (2) Examination by two independent experts’ radiologists for (peri-/)orbital injuries. (3) Case review for trauma mechanisms. Results: 1061 WBCT were included revealing 250 (23.6%) patients with orbital injuries. Less than one-quarter (23.3%) of patients showed osseous and 9.5% showed soft tissue injuries. Combined osseous and soft tissue lesions were present in 39.2% of orbital injuries, isolated soft tissue injuries were rare. Single- or two-wall fractures of the orbit were prevalent, and the orbital floor was affected in 67% of fractures. Dislocated extraocular muscles (44.6%), deformation of the ocular globe (23.8%), and elongation of the optic nerve (12.9%) were the most frequently soft tissue findings. Vascular trauma was suspected in 15.8% of patients. Conclusions: Orbital trauma was confirmed in 23.6% of cases with suspected facial injuries after severe trauma. Concomitant soft tissue injuries should be excluded explicitly in cases with orbital fractures to prevent loss of vision or ocular motility.
Keywords:
orbital trauma; polytrauma; orbital soft tissue injury; maxillofacial; emergency imaging

Orbital injuries pose a serious threat to a patient’s vision and ocular motility. Existent literature describes typical osseous and soft tissue injuries encountered after orbital trauma [1,2], but only a few studies have reported on orbital injuries of the entity of severely injured patients [3,4]. Head trauma is one of the most observed injuries in polytrauma patients [5]. Studies usually focus on the injuries of the neurocranium due to their imminent risk to the patients’ lives. Nonetheless, the severity of traumatic brain injuries is known to correlate with the presence and severity of concomitant facial trauma [6,7]. Extensive periorbital swelling and reduced vigilance of the polytraumatized patients can inhibit accurate ophthalmological testing. In these cases, radiological imaging becomes essential for the quick and three-dimensional evaluation of the orbital cavity. Osseous orbital injuries can best be identified on high-resolution multi-slice CT (MSCT) with bone windowing [8]. Additional multiplanar reconstructions of the coronal and sagittal planes enable detailed assessment and facilitate diagnostics of some injuries [9]. Even though MRI provides superior soft tissue contrast when compared to MSCT, and ultrasonography can survey the ocular globe precisely, MRI is less relevant in the acute setting due to long acquisition times as well as the possible risk of dislocation of metallic foreign bodies [10], and ultrasonography is contraindicated in cases of suspected globe rupture [11]. Nevertheless, contrast-enhanced MSCT can depict most soft tissue injuries accurately [12,13], and even hint to underlying carotid-cavernous fistulas (CCF) when dilated superior ophthalmic veins, exophthalmos, and orbital edema are present [14]. Furthermore, radiopaque intraorbital foreign bodies including glass fragments can be identified with a sensitivity of up to 90% on MSCT [2,15]. Wooden foreign bodies can be harder to differentiate but they may present as streaky hypodensities, a correlate of air bubbles in the wood [16].
The German S3 guideline for the treatment of polytrauma and the severely injured was first published in 2011 in an interdisciplinary effort of 20 different medical societies involved in the care of severely injured patients and revised in 2016 [17]. The guideline contains clear indications each leading independently to immediate initiation of whole-body CT (WBCT), namely, pathological vital signs, at least two relevantly injured body regions, and/or relevant trauma mechanisms such as severe road traffic accidents and falls from heights of more than 3 m [18]. Imaging studies with comparable patient cohorts after severe trauma focusing on orbital injuries have not been published in recent years. However, discussion of prevalence and incidence in real-life study populations is essential to sensitize radiologist and clinicians for orbital injuries in this patient cohort. A deepened insight into the specifics of these injuries after high-impact trauma may help to further standardize trauma protocols and guidelines in the future.
Therefore, this current study seeks to assess the frequency, typical patterns of osseous and soft tissue injuries of the orbit on WBCT with maxillofacial MSCT after severe trauma, and to evaluate trauma mechanisms in this patient category of a level 1 trauma center.

This cohort study was approved by the Ethics committee of University Medicine Greifswald (registration number: BB 115/20) and conducted in accordance with the Declaration of Helsinki of 2013. Informed consent was waived due to the retrospective design of the study.
From February 2006 to August of 2014, 6000 WBCT were performed at a large metropolitan trauma center due to suspected polytrauma according to the German S3 guideline for the treatment of polytrauma and the severely injured and screened for additional maxillofacial MSCT [17]. One-thousand-and-sixty-one cases were identified and included in the study (Figure 1).

The patients received a non-contrast head CT, a contrast enhanced WBCT with arms crossed in front of the abdomen, and an additional maxillofacial MSCT due to suspected facial trauma. Axial images (0.75 mm) were acquired following a standardized polytrauma protocol comprised of arterial scans from the orbital roof to the aortic arch, and another scan from chest to pelvis following a split-bolus protocol [20]. Images were acquired on three different CT scanners (all: Philips, Eindhoven, The Netherlands): 645 were performed on a 64-slice scanner (Diamond Select Brilliance), 395 on a 128-slice scanner (Ingenuity Elite), and 21 on a 16-slice scanner (Diamond Select Brilliance). Multiplanar reconstructions of axial, coronal, and sagittal planes (slice thickness 2 mm) were created and stored with the raw data in the Picture Archiving and Communications System (PACS) iSite® Radiology (Philips, Eindhoven, The Netherlands).
Two neuroradiologists with more than twenty years of work experience each (S.M., M.K.) reviewed the images independently. In cases of disagreement, consensus was reached via discussion.

During image analysis, the presence of the following criteria was assessed: osseous lesions of the orbit including the optic canal, soft tissue lesions, post-traumatic hemorrhage or edema, and intraorbital foreign bodies.
In detail, the number of affected orbital walls and location of fractures was examined and soft tissue injuries were further partitioned into four sub-categories: (1) injuries of the ocular globe and lens (deformation or rupture of the ocular globe, dislocation of the lens, intraocular foreign bodies), (2) injuries of the extraocular muscles (dislocation or displacement, piercing injuries by bony fragments, intramuscular foreign bodies), (3) injuries of the optic nerve (elongation, edema, otherwise altered morphology, damage inflicted by foreign bodies), and (4) trauma associated abnormalities of the orbital vessels (direct CCF, engorged superior ophthalmic veins).

Two-hundred-and-forty-seven patients suffered fractures of the orbit. They occurred in an even distribution on both sides and bilateral fractures were diagnosed in 78 (31.6%) of these patients.
Single-wall fractures of the orbit were the most common lesion with 91 cases (36.8%). Injuries involving multiple orbital walls became increasingly rare the more orbital walls were affected, identifying only eight cases (3.2%) with four wall fractures (Table 3).
The orbital floor was affected in 165 patients with orbital fractures (66.8%), the orbital roof in 116 patients (47.0%), the lateral wall in 106 patients (42.9%), and the medial wall in 78 patients (31.6%) of patients showing fractures in this region. Bilateral fractures affected a single wall of each orbit in 12 patients, while the remaining 66 showed a multitude of complex fracture patterns involving two or more orbital walls.

Orbital injuries occur frequently in real-life after suspected polytrauma and should therefore be anticipated by clinicians and radiologists. Periorbital swelling and reduced vigilance of patients often inhibit accurate ophthalmologic testing. Thus, including maxillofacial MSCT into the WBCT protocol plays a crucial role in the diagnostic workup of orbital trauma. Concomitant soft tissue injuries should be excluded explicitly in cases with orbital fractures to prevent loss of vision or ocular motility due to delayed treatment.

All authors have approved the submitted version; and agree to be personally accountable for their own contributions and for ensuring that questions related to the accuracy or integrity of any part of the work, even ones in which the authors were not personally involved, are appropriately investigated, resolved, and documented in the literature. Conceptualization: N.H. and M.K. Methodology: N.H., M.K., S.M. and L.G. Formal Analysis: S.H., M.K. and S.M. Investigation: S.H. Data Curation: S.H., A.S. and L.G. Writing—Original Draft Preparation: L.G. and A.S. Writing—Review and Editing: L.G., A.S., S.H., S.M., N.H. and M.K. Visualization: L.G. and S.M. Supervision: N.H. and M.K. Project Administration: N.H. and M.K. Funding Acquisition: not applicable. All authors have read and agreed to the published version of the manuscript.

No funding was received for this study by any of the authors.

Patient consent was waived due the retrospective nature of the study.

Data are contained within the article. Raw data are available on request due to privacy restrictions. 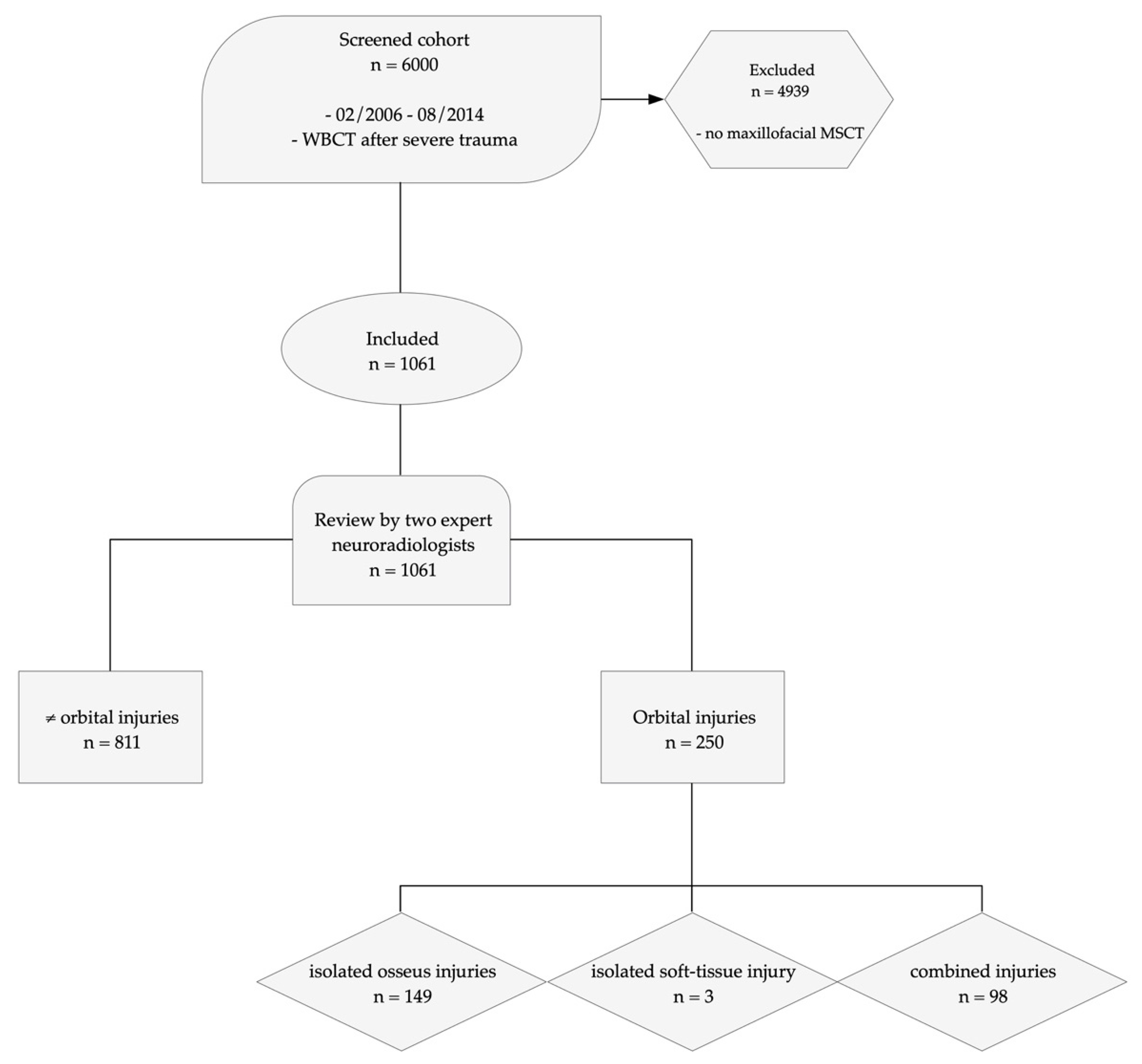 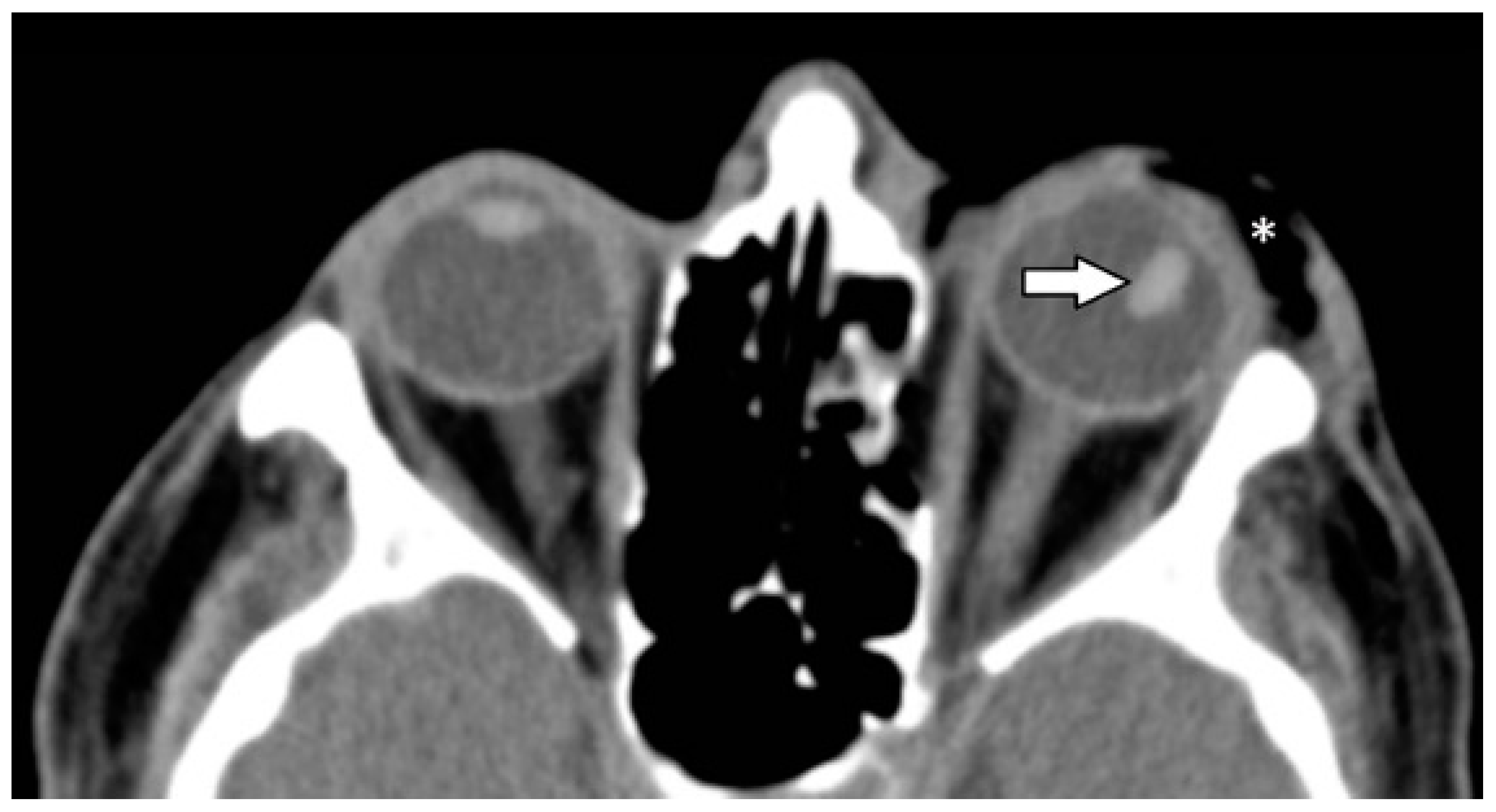