During surface forest fires, various forest fuels and combustible plant materials are involved in combustion processes [1], including herbaceous plants [2]. Such plants have a different structure. Herbaceous plants belonging to grass species often grow in forested areas. Various morphological parts (elements) can be marked out in the structure of such plants: stem, spikelet, leaf blade. This paper discusses the stem of a herbaceous plant [3]. A surface forest fire was chosen to act on the stem of the herbaceous plant [4], since most forest fires are surface forest fires. The overwhelming majority of crown forest fires develop from surface fires [5]. The processes of heat transfer in the combustible plant material play an important role in the ignition of these fires, as well as the propagation of the forest fire line over a layer of combustible plant material.
It should be noted that it is important to understand the process of heat transfer in vegetable fuel material because it affects the mass transfer in vegetable fuel material, and also causes many processes associated with the occurrence of a forest fire or grassland fire. The fires themselves play different roles in the formation and functioning of grasslands and forest stands. Fires can affect the near-surface soil layer, causing changes in the functioning of microbial communities and the chemical composition of the soil and causing water soil erosion [6,7,8,9]. On the other hand, during the combustion of combustible plant materials, large amounts of various gaseous substances are released into the atmosphere, including those that lead to the greenhouse effect and climate change on the planet [10,11]. Measurements using ground-based tools, aircraft, and balloons have shown that, as a result of natural fires, carbon dioxide, carbon monoxide, and methane emissions, as well as small particles of black carbon, occur in large volumes. These measurements showed that emission factors for forest and grassland fires are different by a factor of two. An understanding of the processes of heat transfer in the structure of combustible plant material is obviously necessary. In addition, mathematical models of heat transfer in vegetative fuel can be used in conjunction with information obtained from satellite systems [12]. The abovementioned aspects of forest fire danger determines the following research objective.
The purpose of the study was to develop a mathematical model of heat transfer in an element of combustible plant material, namely, in the stem of a herbaceous plant, when exposed to radiation from a surface forest fire. This mathematical model aimed to construct program instruments in GIS-systems to predict forest fire danger and fuel management.

The study was conducted in the Gilbirinskiy forestland (Ivolginskiy district of the Republic of Buryatia, Figure 1) in a protected natural area. The study area is located between latitudes 51°35′50″ N and 51°46′40″ N and longitudes 106°42′ E and 107°02′ E [53]. This area is 55 km southeast of Lake Baikal, and belongs to the northern tip of the Selenga middle mountain (Figure 1). The area of the forestland is about 270 km2 [54]. The forestland was divided into 126 forest areas. The forest quarter is a part of the forestland and it has permanent boundaries. The forest quarter is the main accounting unit of the forest fund in the Russian Federation.
The study region, like the whole of Buryatia, has a sharply continental climate, with cold winters and hot summers. The average temperature in summer is about +18.5 °C, in winter is about −22 °C, and the average annual temperature is about −1.6 °C. The average annual rainfall is 244 mm. A significant feature of the climate is the long duration of sunshine for 1900–2200 hours per year [55].
About 90% of the territory is occupied by natural plantations. There are types of glades, slopes, pebbles, forest cultures, arable land, pastures, etc. The main forest-forming species are larch, pine, cedar, birch, and aspen [56].
The main functions of forests located in water protection zones are to prevent pollution, clogging, siltation of water bodies, and depletion of their waters, as well as to preserve the habitat of aquatic biological resources and other objects of the animal and plant world.
The use of forests for agriculture can include use for haying, grazing of farm animals, honey bearing plants and grasses, growing crops, etc. Figure 2 shows images of the typical elements of combustible plant material: the stem and leaf blades. A joint in the center can be seen on the stem.
As a prototype for building a geometric model, a stem of grass was used. The stem was partially brown and dried. The material was collected in the Gilbirinskiy forestland of the Republic of Buryatia in the spring of 2018.

(1)
The spring season of the fire season is considered and the grass is dried.
(2)
The catastrophic scenario of forest fire danger is considered when moisture in the forest fuel material is absent.
(3)
The evaporation of moisture is neglected.
(4)
The thermophysical characteristics do not depend on temperature.
(5)
The pyrolysis of dry organic matter is considered as a one-step process with known thermokinetic constants.
(6)
The two-dimensional formulation of the problem is considered.
(7)
The process of heat transfer in the element of combustible plant material occurs due to thermal conductivity.
(8)
The main damaging factor of a forest fire is radiant heat flux, and other types of heat transfer are neglected.
(9)
The layered and structurally inhomogeneous composition of the combustible plant material is considered.

5.1. Simplified Mathematical Model of Heat Transfer in the Stem

Figure 3 shows the geometry of the solution area, where 1 is the cavity, 2 is the pulp, and 3 is the protective skin.
Mathematically, heat transfer in the layered structure of the stem is described by a non-stationary heat conduction equation with the corresponding initial and boundary conditions:
The initial conditions:
The boundary conditions: where Ti, ρi, ci, λi—temperature, density, heat capacity, and thermal conductivity of the stem layers (1—cavity, 2—pulp, 3—protective skin); r, z—spatial coordinates; t is the time coordinate; and qff is the radiant heat flux from the forest fire line. The finite difference method was used to solve the formulated system of equations. Difference analogues of differential equations were solved by the marched method. Two-dimensional partial differential equations were solved by the locally one-dimensional method [32,33].

5.2. Mathematical Model of Heat Transfer with the Joint

The geometry of the solution area is shown in Figure 4.
Mathematically, the process of heat transfer in an element of combustible plant material is described by a system of non-stationary nonlinear differential equations in partial derivatives, with corresponding initial and boundary conditions. Below is a mathematical model of heat transfer in the element of combustible plant material when exposed to radiation from a forest fire:
The initial conditions:
The boundary conditions: where Ti, ρi, ci, λi—temperature, density, heat capacity, and thermal conductivity of the stem layers (1—pulp, 2—protective skin, 3—growth on the site of stem articulation, 4—air); r, z—spatial coordinates; t is the time coordinate; and qff is the radiant heat flux from the forest fire line. The finite difference method was used to solve the formulated system of equations. Difference analogues of differential equations were solved by the marched method. Two-dimensional partial differential equations were solved by the locally one-dimensional method [58,59].

Thus, the problem of heat transfer in the morphological part of a herbaceous plant (stem) when exposed to radiation from a surface forest fire has been solved. The stem of a herbaceous plant was considered. The first case corresponded to a stem without a joint. The second case corresponded to a stem with a joint. Mathematical models of heat transfer in the stem of a herbaceous plant were developed, which take into account heat transfer due to conduction and radiant heating of the surface of the morphological part of the plant. As a result of numerical simulation, temperature distributions in a structurally inhomogeneous stem of a herbaceous plant were obtained for various scenarios of exposure to a forest fire. It was established that a field of low temperature is formed in the joint zone. Under certain conditions, only the outer layers of the stem are exposed to high temperatures. These areas of the stem are mainly composed of tissue formed by a protective skin. This will lead to the formation of a transition zone between the unburned layer of combustible material and the conflagration zone, where there will be remnants of unburned biomass. It can be argued that this will influence the processes of biological transformation of plant residues in this territory and the subsequent biochemical cycle [73].
The presented mathematical models can be implemented in various geographic information systems for calculating heat transfer in elements of combustible plant material. Such GIS systems [74,75,76] can be used for mapping forest fuels and estimating the probability of occurrence and spread of forest fires. In addition, various satellite systems, both optical and radar, can be used in conjunction with GIS systems [77,78]. The software implementation can be performed using the ArcPy programming language, the Matlab computational modeling system, and the rapid application development environment RAD Studio together with Origin Pro software [79,80,81,82]. The methodology for forest fire risk assessment can be based on developments in the field of complex risk assessment, which is used in industry [83,84]. Program tools developed on the basis of the considered mathematical model can be applied for different problems in forest fire management, such as forest fire danger and spread prediction [85], classification and mapping of wildland fuels [86], analysis of fire regime [87], operation in global vegetation models [88], and prediction of grass mortality [89].

This research was funded by Russian Foundation for Basic Researches, grant 17-29-05093. The APC is funded by MDPI.

Appendix A.1. The Results of the Calculation Using the Simplified Model.

Appendix A.2. The Results of the Calculation Using the Model with a Joint 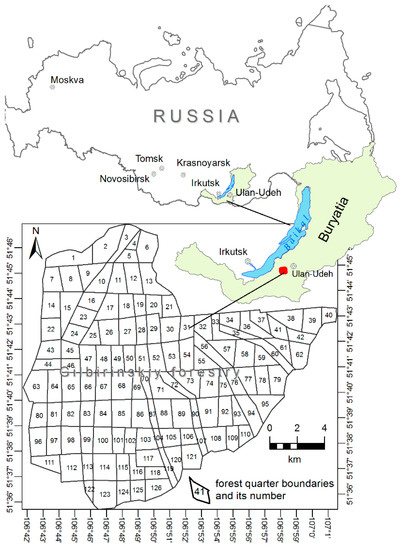 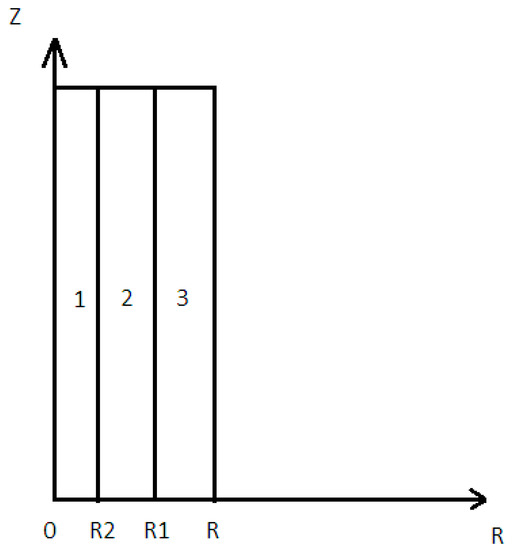 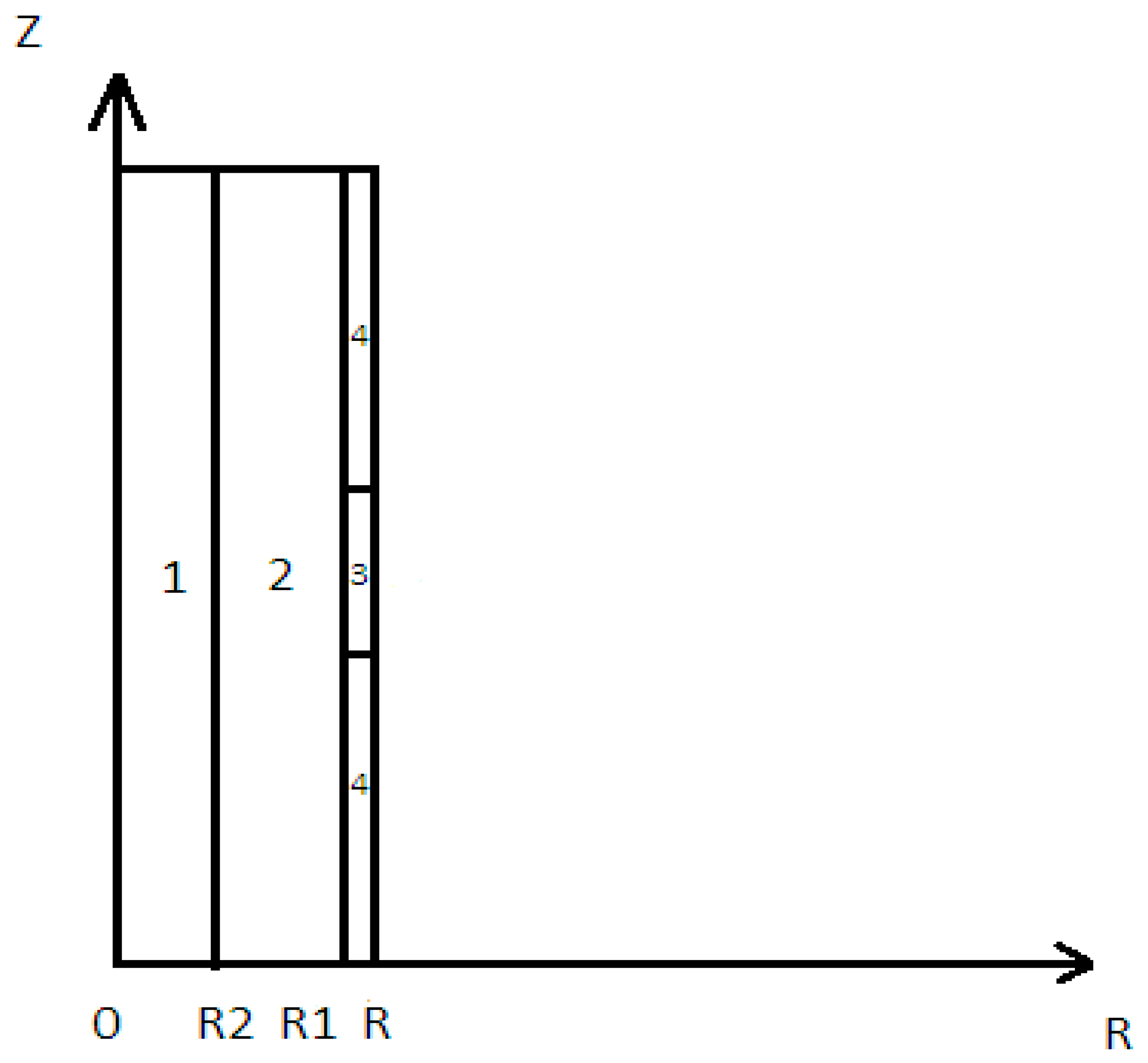