Is Cryptococcus gattii a Primary Pathogen?

The two etiologic agents of cryptococcal meningoencephalitis, Cryptococcus neoformans and C. gattii, have been commonly designated as either an opportunistic pathogen for the first species or as a primary pathogen for the second species. Such a distinction has been based on epidemiological findings that the majority of patients presenting meningoencephalitis caused by C. neoformans are immunocompromised while C. gattii infection has been reported more often in immunocompetent patients. A recent report, however, showed that GM-CSF (granulocyte-macrophage colony-stimulating factor) neutralizing antibodies were prevalent in the plasma of “apparently immunocompetent” C. gattii patients with meningoencephalitis. Because GM-CSF is essential for differentiation of monocytes to macrophages and modulating the immune response, it is not surprising that the lack of GM-CSF function predisposes otherwise healthy individuals to infection via inhalation of environmental pathogens such as C. gattii. Since the test for anti-GM-CSF autoantibodies is not included in routine immunological profiling at most hospitals, healthy patients with GM-CSF neutralizing antibodies are usually categorized as immunocompetent. It is likely that a comprehensive immunological evaluation of patients with C. gattii meningoencephalitis, who had been diagnosed as immunocompetent, would reveal a majority of them had hidden immune dysfunction. This paper reviews the relationship between GM-CSF neutralizing antibodies and the risk for C. gattii infection with CNS involvement. View Full-Text
Keywords: Cryptococcosis; Cryptococcus gattii; anti-GM-CSF autoantibodies; immune dysfunction Cryptococcosis; Cryptococcus gattii; anti-GM-CSF autoantibodies; immune dysfunction
►▼ Show Figures 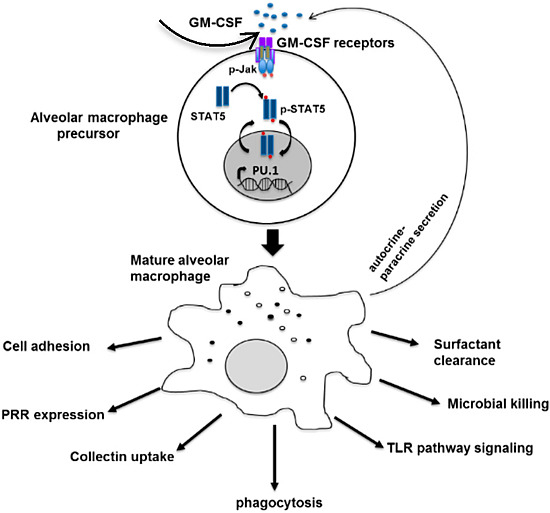