Acknowledgement to Reviewers of Geriatrics in 2019
Previous Article in Journal

Cannabinoids in the Older Person: A Literature Review

Introduction: Medical cannabinoids have received significant mainstream media attention in recent times due to an evolving political and clinical landscape. Whilst the efficacy of cannabinoids in the treatment of some childhood epilepsy syndromes is increasingly recognized, medical cannabinoids may also have potential clinical roles in the treatment of older adults. Prescribing restrictions for medical cannabinoids in certain jurisdictions (including the UK) has recently been relaxed. However, few geriatricians have the detailed knowledge or awareness of the potential risks or rewards of utilizing cannabinoids in the older person; even fewer geriatricians have direct experience of using these drugs in their own clinical practice. Older persons are more likely to suffer from medical illness representing potential indications for medical cannabinoids (e.g., pain); equally they may be more vulnerable to any adverse effects. Aim: This narrative literature review aims to provide a brief introduction for the geriatrician to the potential indications, evidence-base, contra-indications and side effects of medical cannabinoids in older people. Methods: A search was conducted of CENTRAL, Medline, Embase, CINAHL and psycINFO, Cochrane and Web of Science databases. Reference lists were hand searched. Abstracts and titles were screened, followed by a full text reading of relevant articles. Results: 35 studies were identified as relevant for this narrative review. Conclusions: Cannabinoids demonstrate some efficacy in the treatment of pain and chemotherapy-related nausea; limited data suggest potential benefits in the treatment of spasticity and anxiety. Risks of cannabinoids in older patients appear to be moderate, and their frequency comparable to other analgesic drug classes. However, the quality of research is weak, and few older patients have been enrolled in cannabinoid studies. Dedicated research is needed to determine the efficiency and safety of cannabinoids in older patients. View Full-Text
Keywords: cannabinoids; elderly; THC; CBD; effectiveness; safety; literature review cannabinoids; elderly; THC; CBD; effectiveness; safety; literature review
►▼ Show Figures 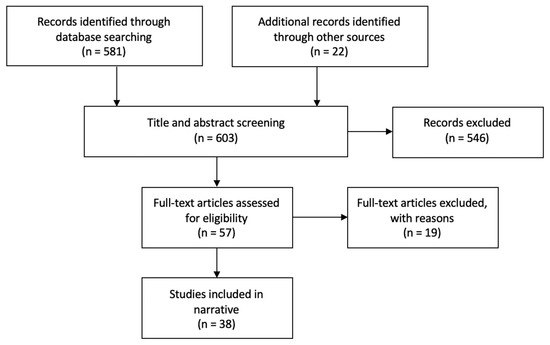