The business cycle is a frequent topic in economic research; however, the approach based on individual strategies often remains neglected. The aspiration of this study is to prove that the behavior of individuals can originate and fuel an economic cycle. For this purpose, we are using an algorithm based on a repeated dove–hawk game. The results reveal that the sum of output in a society is affected by the ratio of individual strategies. Cyclical changes in this ratio will be translated into fluctuations of the total product of society. We present game theory modelling of a strategic behavioral approach as a valid theoretical foundation for explaining economic fluctuations. This article offers an unusual insight into the business cycle’s causes and growth theories.
Keywords: economic fluctuations; strategic behavior; growth theories; decision making; game theory economic fluctuations; strategic behavior; growth theories; decision making; game theory

The economic cycle has always been approached as a macroeconomic phenomenon [34,35] and economic research thus far has not used game theory—primarily a microeconomic apparatus describing behavior of individuals—as a standard tool for economic cycle identification. This study offers an unusual explanation of the economic cycle using the well-known apparatus of game theory.
Our ambition in the present study was to build the theory of the economic cycle on a microeconomic basis. Our contribution to the research on the economic cycle, we believe, consists of modelling an economic cycle (thus far, an eminent macroeconomic topic) by means of the game theory (principally a tool used for microeconomic analysis). In this paper, we show how individual strategies (strategic behavior) explained by means of the game theory may initiate the cyclical performance of aggregate output (macroeconomic cycle). Results of the presented simulation of dove–hawk games show that changing the share of the strategies in society will influence the aggregate output of the entire society. Individuals will change strategies rationally according to their payoff initiate in aggregation and cyclical oscillations in the society/economy product.
We argue that all types of economic cycles that may be defined as strategic (principally institutional and individual) may be potentially explained by game theory as shown in this paper. Reformulating strategic cycles using game theory and behavior simulations may well reinforce the explanatory power of traditional economic cycle theories.
Our results show that game theory has the potential to unify different methodologically existing approaches to the explanation of economic cycles. We are not sure if this methodological approach can be credibly applied to real cycle theories (for example innovation cycles). We believe, however, that also the real cycle theories may be amended by the strategic behavior of individuals. Applying this tool to other types of cycles (natural or institutional) remains an ambition for future research. We also hope to analyze strategic behavior of individual economic subjects under exogenous shocks.

This research was funded by Prague University of Economics and Business, Economic Faculty, grant numbers IGS F5/2/2020 and IGS F5/25/2021. 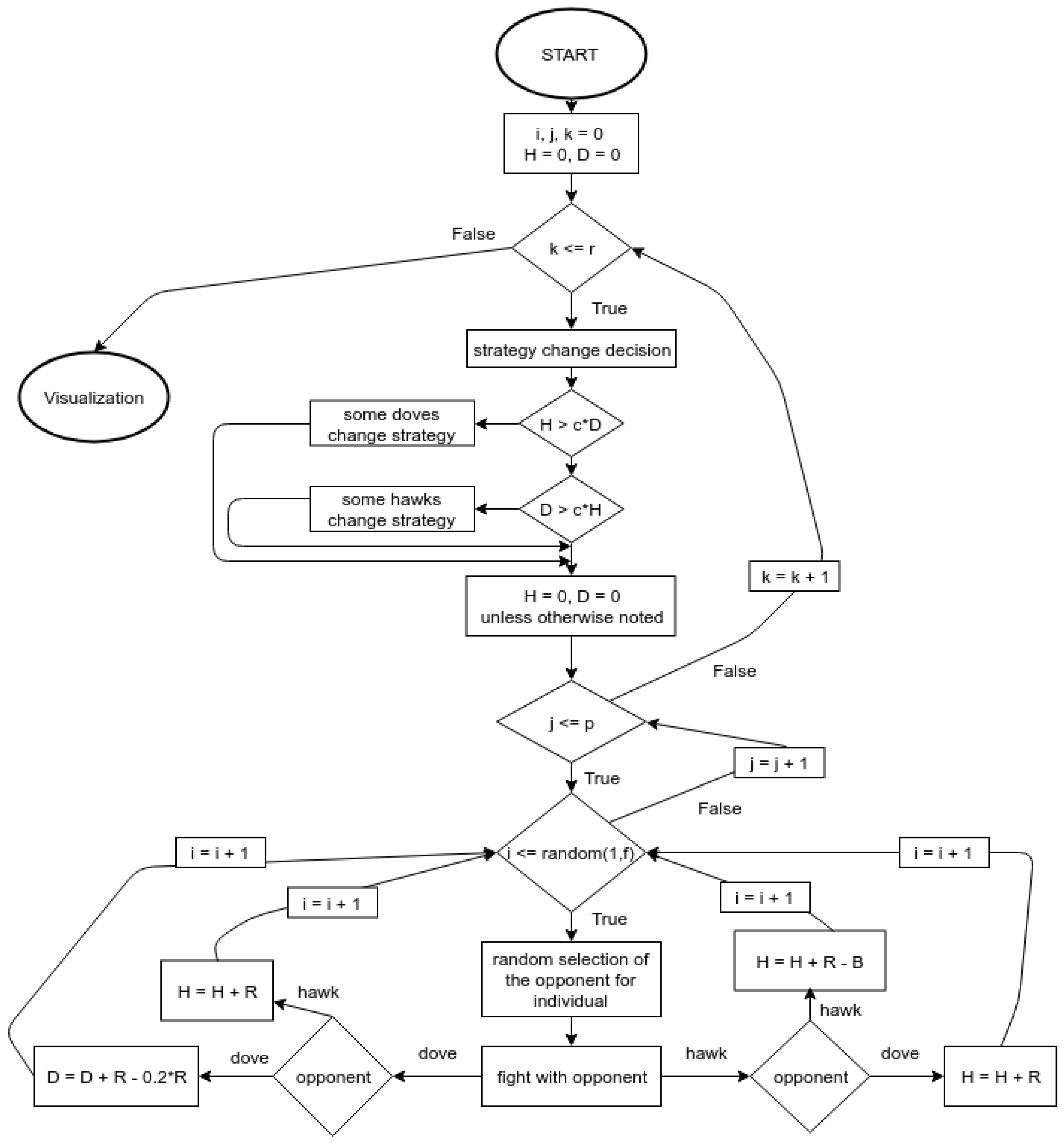 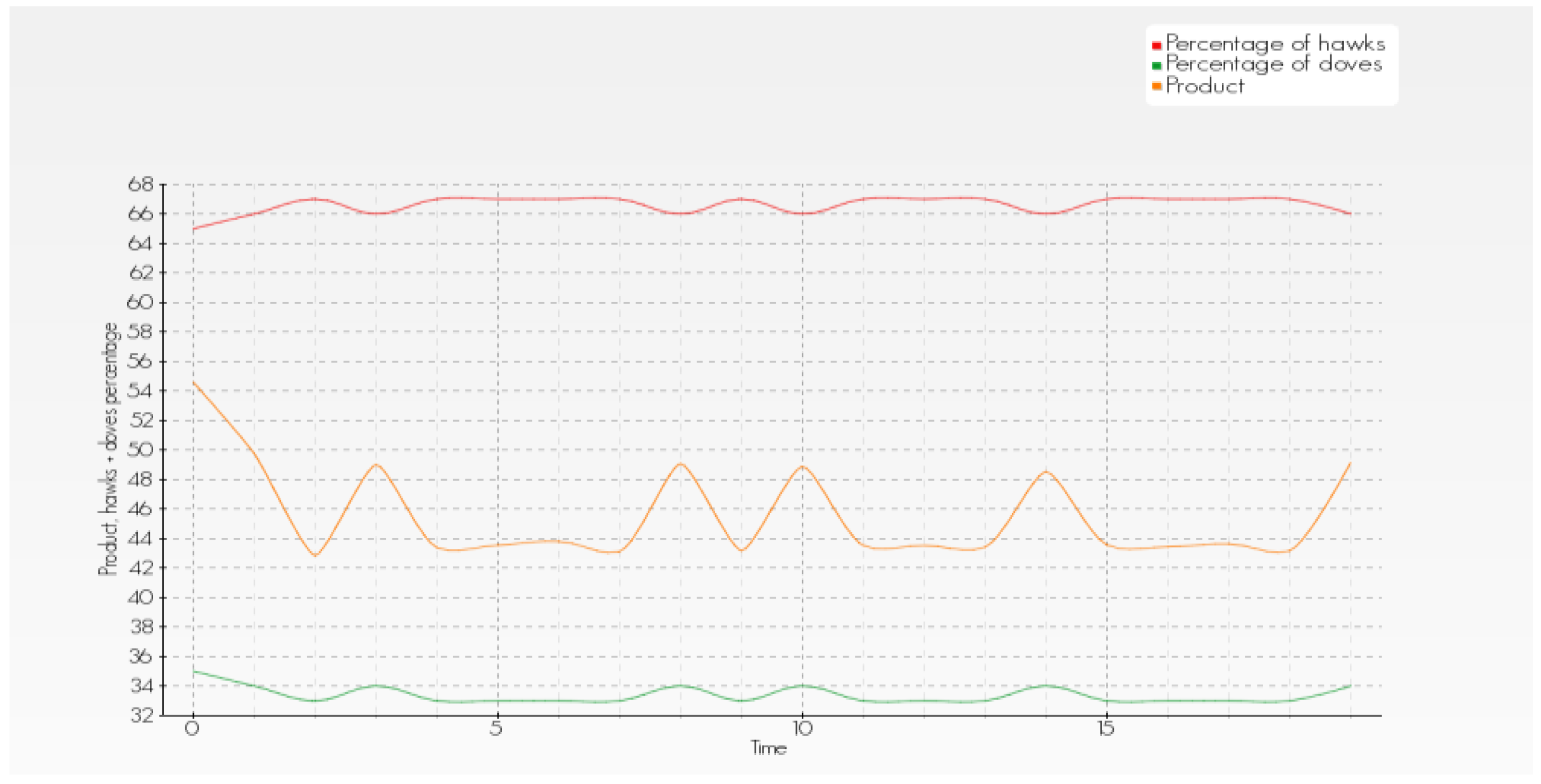 Table 1. R and B simulation.
Table 1. R and B simulation.
© 2021 by the authors. Licensee MDPI, Basel, Switzerland. This article is an open access article distributed under the terms and conditions of the Creative Commons Attribution (CC BY) license (https://creativecommons.org/licenses/by/4.0/).
We use cookies on our website to ensure you get the best experience. Read more about our cookies here.
Accept
We have just recently launched a new version of our website. Help us to further improve by taking part in this short 5 minute survey here. here.
Never show this again