Many infrastructure enhancement projects require underground utility mapping before starting any excavation processes, especially in urban areas. In fact, mapping of an area provides a general overview of the infrastructure above and underground. This mapping can be done by Ground Penetrating Radar (GPR), which is commonly used as a Non-Destructive Testing (NDT) technique that allows, among others, the detection and localization of buried utilities without any damage to the surface. This paper presents the results of mapping sewer lines in an urban region of the city of Tunis, Tunisia, using GPR. In this study a ground-coupled GPR system with a frequency of 400MHz was used to detect and locate the sewer lines in the study area. In order to reduce the amount of collected data over the large study area, some subareas were selected where GPR testing was conducted and data were analyzed. Then, sewer lines were interpolated over the whole area using the GPR results and the locations of manholes visible from the surface. It was shown that using this technique mapping of the pipes in the entire area can be achieved. All data presented in this study were collected by the Office of Topography and Cadastre (OTC) in Tunisia. View Full-Text
Keywords: cylinder detection; Ground Penetrating Radar (GPR); Non-Destructive Testing (NDT); utilities mapping cylinder detection; Ground Penetrating Radar (GPR); Non-Destructive Testing (NDT); utilities mapping
►▼ Show Figures 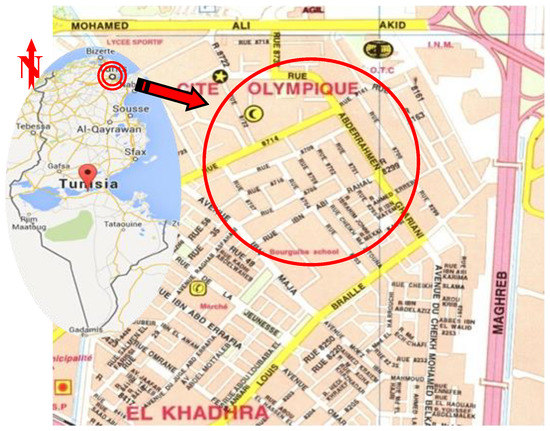