:
Bottle conditioning refers to a method of adding fermenting wort or yeast suspension in sugar solution into beer in its final package. Additionally denoted as bottle refermentation, this technique has been originally developed to assure beer carbonation, and has further significance related to formation of distinctive sensory attributes and enhancement of sensory stability, which are the phenomena associated with ongoing yeast metabolic activities in the final package. This review covers historical development of the method, describes metabolic pathways applied during refermentation, and explains practical aspects of the refermentation process management. Furthermore, an overview of the traditional and novel approaches of bottle conditioning with mixed yeast bacterial cultures and its impact on the properties of final beer is provided.
Keywords:
bottle conditioning; refermentation; kräusening; bioflavoring; brewing yeast

The brewing industry has undergone a global transformation as a result of the ongoing craft beer revolution, associated with an increasing number of craft beer producers who have flooded the market with innovative and intriguing beer styles using novel ingredients and production methods to attract consumer interest and provide a unique sensory experience [1,2]. From customers’ point of view, biological generation of flavors and use of natural ingredients appears more attractive, and therefore this approach has become a strategy of choice for beer producers as it increases the probability of the acceptance of their product on the market [3]. The induction of new flavors into beer or alteration of existing flavors by addition of new ingredients or fermenting microorganisms that are connected with the relevant technological adjustments in the brewing process is termed bioflavoring. Bottle conditioning, which can be considered as a type of bioflavoring, is a traditional method developed in order to enhance beer carbonation. Bottle conditioning, also denoted as bottle refermentation or bottle kräusening, indicates an additional fermentation in the bottle that is initiated by adding yeast and fermentable carbohydrates [4]. During the saturation phase, in the first 14 days of refermentation, as a result of yeast multiplication, alcohol concentration, and carbonation increases and the concentration of various flavor-active compounds are altered, which results in changes of beer aroma and taste [5]. Due to the yeast´s reducing properties and consumption of oxygen present in the final package, bottle conditioning can prevent oxidative damage, which is successively manifested by aging of beer and development of stale flavor. Thereby, the presence of the yeast during refermentation can enhance storage stability and prolong beer shelf life [6]. Other types of microorganisms apart from brewing yeast can also be employed in bottle conditioning. In those cases, pronounced differences in the production of sensory-active metabolites in comparison with brewing yeast represent another source of distinctive features of the final beverage [7,8].

5. Bottle Conditioning in the Presence of Mixed Microbial Cultures

The inspiring idea of bottle conditioning came into the brewing industry from winemaking in the middle of the 19th century. Since then, it has been established as a traditional method for production of specialty beers, particularly in Belgium, as well as for other specific beer types in selected European regions. Nowadays, the old traditions are being reborn and innovated worldwide, following current trends in craft brewing. In our review, we demonstrated the principles and technological aspects of bottle conditioning. Furthermore, we explained how it contributes to flavor complexity and assures exclusivity of the product. Bottle conditioning can represent an opportunity for the enrichment of brewers’ portfolios and, simultaneously, it can be an approach as to how to satisfy growing customer demand for beers with distinctive character. 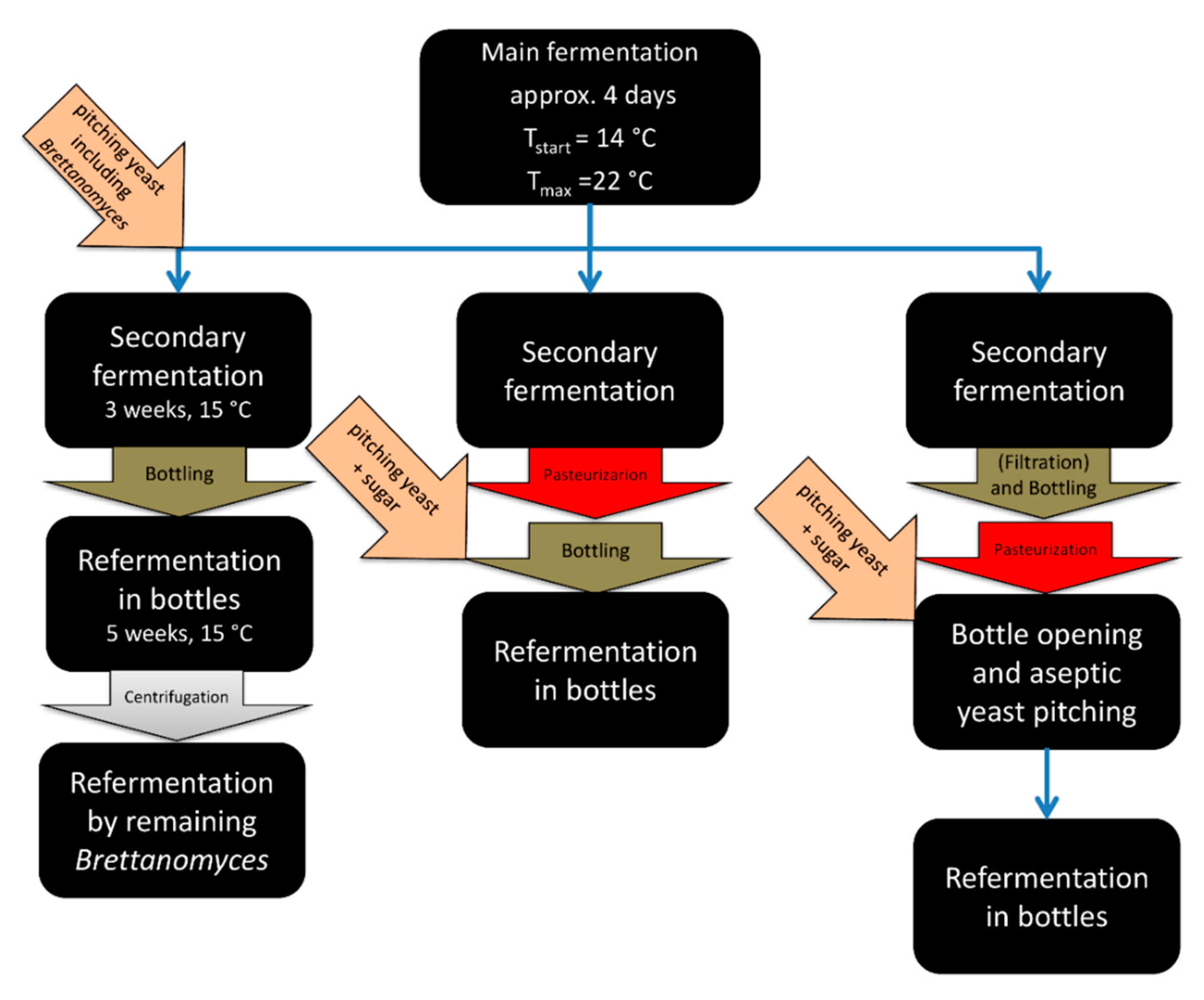