Digestion using immobilised papain was conducted following the optimised method reported in [14]. For soluble papain, digestions at a scale of 100 mg were optimised as following:
Digestion buffer was first prepared by dissolving cysteine (50 mM L-cysteine) in the phosphate buffer (20 mM Na2H2PO4, 10 mM EDTA) and pH was then adjusted at pH 7.0. Lyophilised soluble papain (5.0 mg) was dissolved in digestion buffer (1.0 mL) to prepare soluble papain solution (5 mg/mL).
One-hundred milligrams tocilizumab (20 mg/mL, 5.0 mL) was diluted with digestion buffer (34 mL) and the soluble papain (5.0 mg/mL, 1.0 mL) was then added to the diluted tocilizumab and incubated at 37 °C for 30 min. After 30 min, the digestion mixture was removed from the incubator and immediately injected onto a protein L column (5.0 mL HiTrap Protein L) which was connected to an AKTA prime plus system. The column was equilibrated with binding buffer (100 mM sodium phosphate, 150 mM sodium chloride, 500 mL, pH 7.2) prior to digestion. The unbound components within the digestion mixture (Fc fragments, papain and L-cysteine) were allowed to elute from the column using a flow rate of 2 mL/min and collected in flow through fractions. Once the digestion mixture is injected onto the column the digestion ceases as the Fab is no longer in contact with the soluble enzyme. It is key to inject the digestion mixture immediately to limit over digestion and maximise yield. For this reason it is not possible to characterise the digestion mixture using SDS-PAGE analysis. Once the UV signal had returned to baseline fab elution buffer (100 mM glycine, pH 2.5) was used to elute the bound Fab fragments from the column at a flow rate of 2 mL/min and elution fractions collected. To elute the fab fragments the concentration of elution buffer was set to 100% immediately, a gradient was not used. Size-exclusion chromatography (SEC, 24.0 mL Superdex 200 10/300 GL) was used to further purify the fab fractions at a flow rate of 0.5 mL/min, using phosphate buffered saline (PBS) as the mobile phase. Fractions of purified Fabs were collected during SEC and analysed using SDS-PAGE analysis.
Digestions starting with 100 mg of tocilizumab typically gave 30–35 mg of Fabtocili after purification, a 50–55% approximate yield. Site-specific conjugation was carried out using the protocol established and reported in [14]. Anti-VEGF molecules (bevacizumab, Fabbeva and FpFbeva) were selected as an example to study their binding activity to VEGF using Biacore X-100 (GE Healthcare, Chicago, IL, USA). A CM3 chip was immobilised with VEGF165 (95 RU) using an amine-coupling immobilisation method, reported in [11].

For therapeutic and diagnostic applications, as well as basic research, it is vital to produce Fab fragments in large amounts with reserved binding activity. Historically, Fab fragments are prepared by papain digestion of whole antibody molecules. While using immobilised papain to digest IgG, pure and stable Fabs can be obtained; however, the method is slow and unscalable in a research setting due to excessive cost. Within this study we developed a robust and reproducible research method to obtain high amounts of homogenous Fab in a short period of time using a cheaper soluble form of papain. The obtained Fab possessed binding activity towards its antigen and preserved its stability during storage condition. The Fabs are also suitable for the further preparation of novel antibody formats for research purposes.

Data available in a publicly accessible repository that does not issue DOIs.

M.C. is thankful for the PhD funding from the University of East London. H.K. and M.C. are also thankful to Steve Brocchini at the UCL School of Pharmacy for his continuous support and advice. 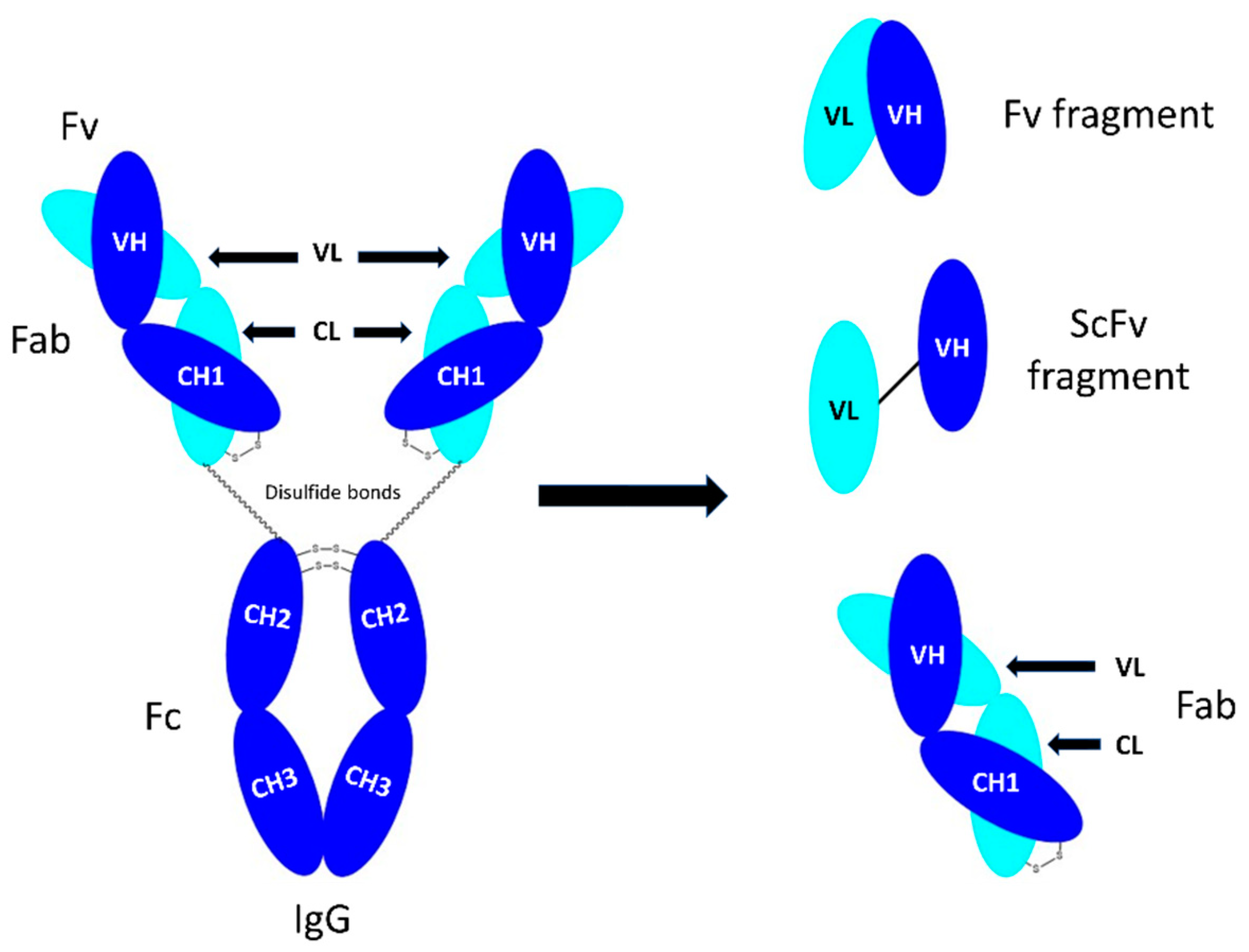 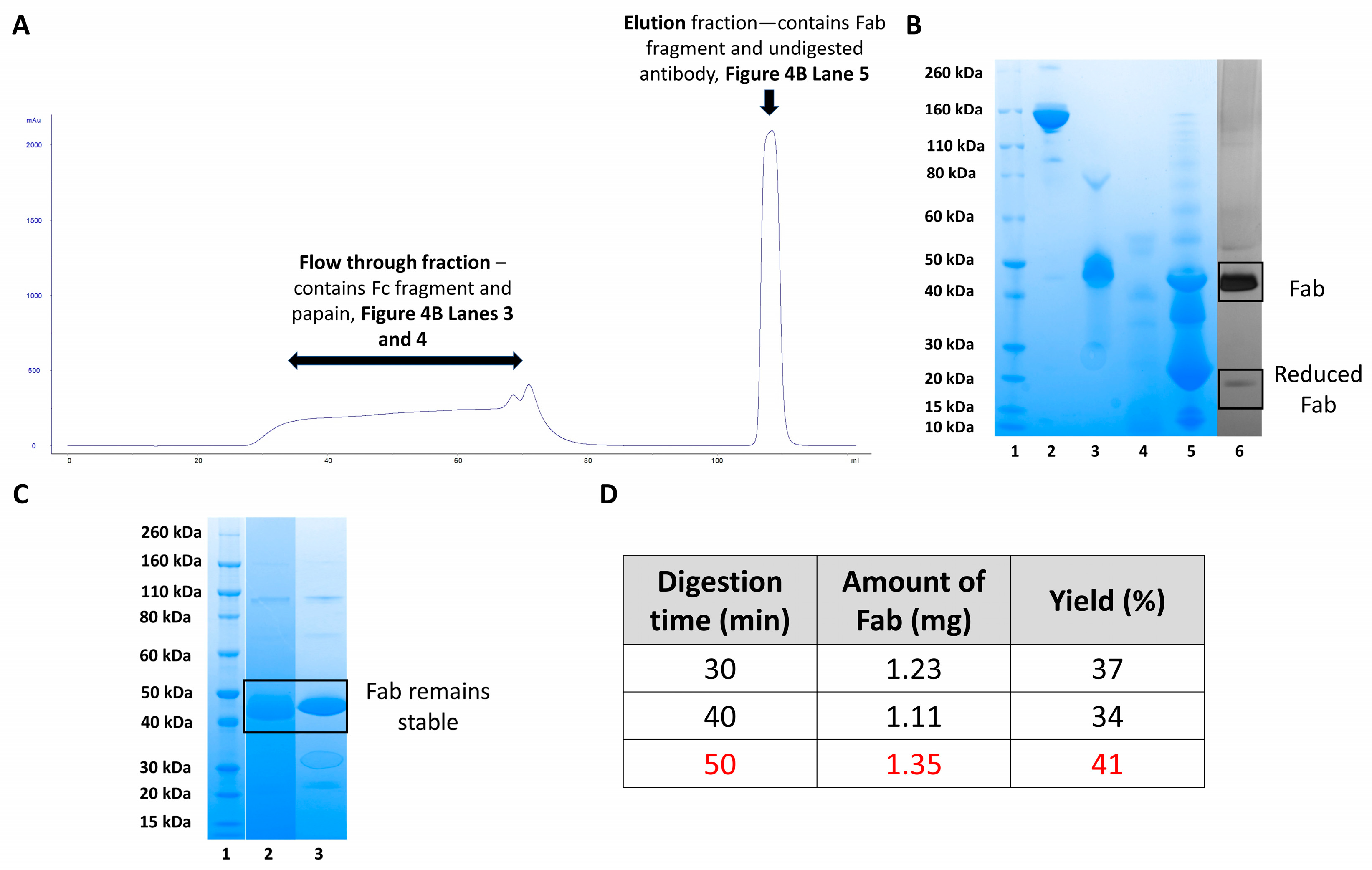