Degenerative neurological disorders and traumatic brain injuries cause significant damage to quality of life and often impact survival. As a result, novel treatments are necessary that can allow for the regeneration of neural tissue. In this work, a new biomimetic scaffold was designed with potential for applications in neural tissue regeneration. To develop the scaffold, we first prepared a new bolaamphiphile that was capable of undergoing self-assembly into nanoribbons at pH 7. Those nanoribbons were then utilized as templates for conjugation with specific proteins known to play a critical role in neural tissue growth. The template (Ile-TMG-Ile) was prepared by conjugating tetramethyleneglutaric acid with isoleucine and the ability of the bolaamphiphile to self-assemble was probed at a pH range of 4 through 9. The nanoribbons formed under neutral conditions were then functionalized step-wise with the basement membrane protein laminin, the neurotropic factor artemin and Type IV collagen. The conductive polymer polyaniline (PANI) was then incorporated through electrostatic and π–π stacking interactions to the scaffold to impart electrical properties. Distinct morphology changes were observed upon conjugation with each layer, which was also accompanied by an increase in Young’s Modulus as well as surface roughness. The Young’s Modulus of the dried PANI-bound biocomposite scaffolds was found to be 5.5 GPa, indicating the mechanical strength of the scaffold. Thermal phase changes studied indicated broad endothermic peaks upon incorporation of the proteins which were diminished upon binding with PANI. The scaffolds also exhibited in vitro biodegradable behavior over a period of three weeks. Furthermore, we observed cell proliferation and short neurite outgrowths in the presence of rat neural cortical cells, confirming that the scaffolds may be applicable in neural tissue regeneration. The electrochemical properties of the scaffolds were also studied by generating I-V curves by conducting cyclic voltammetry. Thus, we have developed a new biomimetic composite scaffold that may have potential applications in neural tissue regeneration. View Full-Text
Keywords: self-assembly; templates; tissue regeneration; peptide amphiphiles self-assembly; templates; tissue regeneration; peptide amphiphiles
►▼ Show Figures 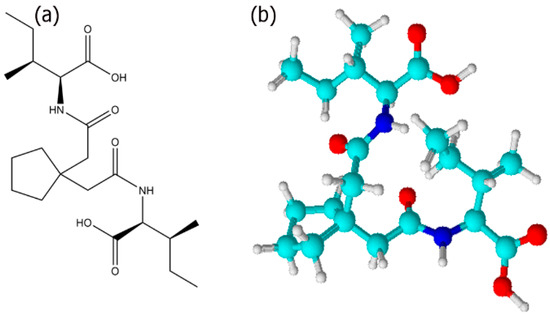