The photonic structure of cut muscle tissues reveals that the well-ordered gratings diffract light, producing iridescent colours. Cut fibrils protruding from the muscle surface create a two-dimensional periodic array, which diffract light at specific wavelengths upon illumination. However, this photonic effect misleads consumers in a negative way to relate the optical phenomenon with the quality of the product. Here we discuss the fundamentals of this optical phenomenon and demonstrate a methodology for quantitatively measuring iridescence caused by diffraction gratings of muscle tissue surface of pork (Sus scrofa domesticus) using reflection spectrophotometry. Iridescence was discussed theoretically as a light phenomenon and spectral measurements were taken from the gratings and monitored in real time during controlled drying. The findings show that the intensity of diffraction diminishes as the surface grating was dried with an air flow at 50 °C for 2 min while the diffracted light wavelength was at 585 ± 9 nm. Our findings indicate that the diffraction may be caused by a blazed surface grating. The implications of the study include providing guidelines to minimise the iridescence by altering the surface microstructure, and in consequence, removing the optical effect. View Full-Text
Keywords: meat; muscle tissue; iridescence; drying; diffraction grating; quality meat; muscle tissue; iridescence; drying; diffraction grating; quality
►▼ Show Figures 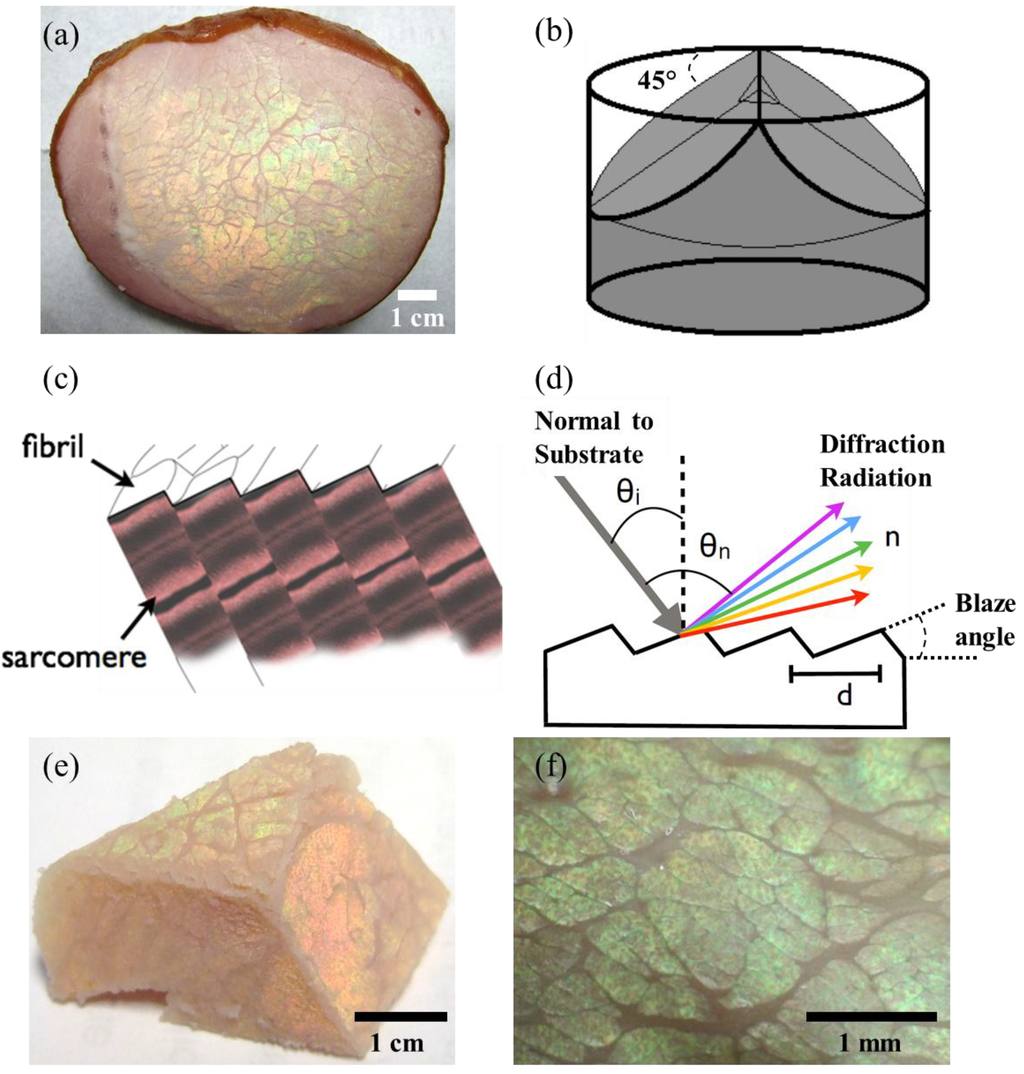