:
Brucellosis is a worldwide zoonotic disease transmitted to humans, predominantly by the consumption of contaminated raw milk and dairy products. This study aimed to investigate the occurrence of Brucella spp. in 200 raw milk, ricotta, and artisan fresh cheese samples, collected from individual marketing points in four districts in Tunisia. Samples were analyzed for the presence of Brucella spp. by IS711-based real-time PCR assay. Positive samples were further analyzed by qPCR for B. melitensis and B. abortus species differentiation. The DNA of Brucella spp. was detected in 75% of the samples, B. abortus was detected in 31.3%, and B. melitensis was detected in 5.3% of positive samples. A percentage of 49.3% of samples co-harbored both species, while 14% of the Brucella spp. positive samples were not identified either as B. abortus or B. melitensis. High contamination rates were found in ricotta (86.2%), cheese (69.6%), and raw milk (72.5%) samples. The study is the first in Tunisia to assess the occurrence of Brucella spp. contamination in artisanal unpasteurized dairy products and showed high contamination rates. The detection of both B. abortus and B. melitensis highlights that zoonotic high-pathogen agent control remains a challenge for food safety and consumer health protection and could represent a serious emerging foodborne disease in Tunisia.
Keywords:
Brucella spp.; B. abortus; B. melitensis; raw milk; dairy products; foodborne pathogen; qPCR testing

Brucellosis is a major zoonosis caused by Gram-negative bacteria belonging to the genus Brucella. The World Health Organization (WHO) has classified the disease as one of the seven most “neglected zoonotic diseases” [1]. In the Middle East, Central Asia, north and east Africa, and Mediterranean countries, brucellosis is still endemic in humans and livestock. Political and socio-economic changes in this area resulting in impaired prophylactic surveillance systems and decreased border controls are believed to be the main reasons that make this region a hot spot for brucellosis [2]. At least 12 species of Brucella are currently known, where the main virulent species are B. melitensis followed by B. abortus and B. suis, which infect small ruminants, cattle, and swine, respectively [3]. These species are of particular importance in human health and livestock worldwide. Indeed, the disease causes clinical morbidity in humans and a considerable loss of productivity in animals. The disease in livestock mainly affects the reproductive tract and the udder, leading to severe losses, such as female abortion, infertility, and reduced milk production [4]. The excretion of the bacteria in milk is frequent and presents a serious risk for consumers of raw milk and its derivatives. In humans, the most common presentations of the disease in the acute phase are characterized by general malaise, including intermittent fever, headaches, myalgia, and arthralgia [5]. The infection can turn into a chronic disease and lead to severe affections with serious disabilities, such as hepatitis, endocarditis, and meningitis [6]. Endocarditis remains the principal cause of mortality if the disease is not adequately treated. Brucellosis is considered an occupational hazard for shepherds, slaughterhouse workers, veterinarians, dairy industry workers, and microbiology laboratory personnel [2]. The transmission of human brucellosis in rural populations occurs mainly through direct contact with infected animals, abortion products (placenta, fetuses, etc.), or from a contaminated environment, while the consumption of unpasteurized contaminated dairy products is the main way of contamination in the urban population [6,7]. The extension of animal industries and urbanization, poor hygienic measures in husbandry, and food handling practices in low-income countries are some of the reasons why brucellosis remains a public health concern [8]. Although there are no reliable data on the global burden of human brucellosis, an estimate of 5,000,000 cases per year is usually suggested, however, the real incidence is estimated to be 12,500,000, with about half of the cases being from foodborne origin [9].
The aim of this study, using molecular tools, was to estimate the occurrence of Brucella spp. contamination in raw dairy products, marketed at the retail level in the north of Tunisia, and to determine the distribution of B. melitensis and B. abortus to emphasize the hazard for consumers and to underline the risk of Brucella contamination as an emergent foodborne disease.

The samples were collected from four districts in the north of Tunisia (Figure 1), which were located in the sub-humid (Bizerte and Beja) and semi-arid areas (Grand Tunis and Zaghouan). This area is characterized by a typical Mediterranean climate with hot summers of up to 22 °C, and precipitation occurring in the winter, ranging from 400 to 500 mm of rainfall per year [10]. Samples were purchased from 75 randomly selected unorganized retail marketing points for dairy products during the period from March to November 2019. A total of 200 samples of cow’s raw milk (n = 40), artisanal fresh cheese (n = 102), and ricotta (n = 58) were collected. The fresh cheese and ricotta samples were made from unpasteurized cow′s milk. All products were not packaged and had no indication that they had been inspected by any Tunisian organization involved in food safety. Each sample was bagged in a sterile bag and transported to the laboratory under refrigeration in a cool box.

From each cheese sample a total of about 10 g taken from different strata were manually and aseptically finely minced and homogenized, then an amount of about 30 mg was used for DNA extraction, while a volume of 100 µL was used for the milk samples. The DNA extraction was performed with the QIAamp DNA Mini Kit (QIAGEN, Hilden, Germany), according to the manufacturer’s instructions. As a negative control during the DNA extraction step, we used 100 µL of pathogen-free fetal bovine serum (FBS) (GibcoBRL, Paisley, UK).
The purified template DNAs were eluted with 100 µL of AE buffer (QIAGEN, Hilden, Germany) and conserved at −20 °C.

To detect Brucella spp. DNA in samples, the Taqman RT-PCR Bru Multi Assay was performed by targeting the IS711 gene and using the primer sets and probes described by [11].
Each reaction mixture contained 6.25 µL of TaqMan Environmental MasterMix (Life Technologies, Brant, France), 0.75 µL of each primer (10 µM), 0.25 µL of probe (10 µM), and 8.5 µL of nuclease-free water, for a final volume of 25 µL. All reactions had a positive control that contained B. abortus DNA (1 ng/µL). Two negative controls were included: negative control of extraction (FBS), and negative control for amplification (H2O/nuclease-free). All DNA templates were tested in duplicate. An internal control using KoMa plasmid DNA [12] was also included. All amplifications were conducted with the program containing an initial step at 95 °C for 600 s, followed by 40 cycles of 15 s at 95 °C, and 60 s at 60 °C using the BioRad CFX96 cycler (BioRad, Singapore).
The data were analyzed using BioRad CFX Maestro Software. Samples with cycle threshold (Ct) values ≤ 37 were interpreted as positive.
All the positive samples were further analyzed by RT-PCR Bru Diff Assay to differentiate B. abortus and B. melitensis [11]. The amplification conditions were as described above.
All primers and probes used in this study (MOLBIOL, Berlin, Germany) were displayed in Table 1.

In this study, 40 samples of cow’s milk, 102 samples of artisanal fresh cheese, and 58 ricotta samples were screened for the presence of Brucella spp. by qPCR through targeting the IS711 fragment (Figure 2A). Out of the 200 samples, 150 (75%) were positive, and the Ct values ranged from 30 to 37. The negative controls were valid and no signal was detected. When looking at the results of each sample type, we found that 86.2% of ricotta, 69.6% of fresh cheese, and 72.5% of milk samples were positive. The Brucella spp. contamination rates in the different districts were found to be 94% in Tunis, 86% in Bizerte, 74% in Zaghouan, and 46% in Beja (Table 2).

3.2. Frequency of B. melitensis and B. abortus

Brucellosis infection through the consumption of dairy products is a serious hazard with great public health significance. The current study is the first in Tunisia to assess the occurrence of Brucella contamination in artisanal unpasteurized dairy products using qPCR. Although the use of PCR in the detection of Brucella spp. does not allow for the determination of the real risk associated with viable bacteria, it does allow an assessment of the risk of the presence of the bacteria in food. Our study provides evidence of the high contamination rates with Brucella DNA and the distribution of Brucella species in unpasteurized artisanal dairy products. Such findings should draw attention to the urgent need to revise the prophylactic measures and surveillance system and to implement meticulous and continuous control programs to limit and prevent brucellosis infection in ruminant herds. Fighting this major zoonosis must be conducted within an integrative “One Health” approach. Further research focusing on the isolation of Brucella spp. strains and molecular characterization are required to obtain a comprehensive understanding of brucellosis infection in animals and humans in Tunisia.

This research was funded by The German Biosecurity Program and The Tunisian Ministry of Higher Education and Scientific Research through funds allocated to The Laboratory of Epidemiology and Veterinary Microbiology (LR16IPT03).

All data generated for this study are contained within this article.

We gratefully acknowledge The German Biosecurity Program and The Department of Highly Pathogenic Microorganisms of the Centre for Biological Threats and Special Pathogens at the Robert Koch Institute for the financial and technical support. 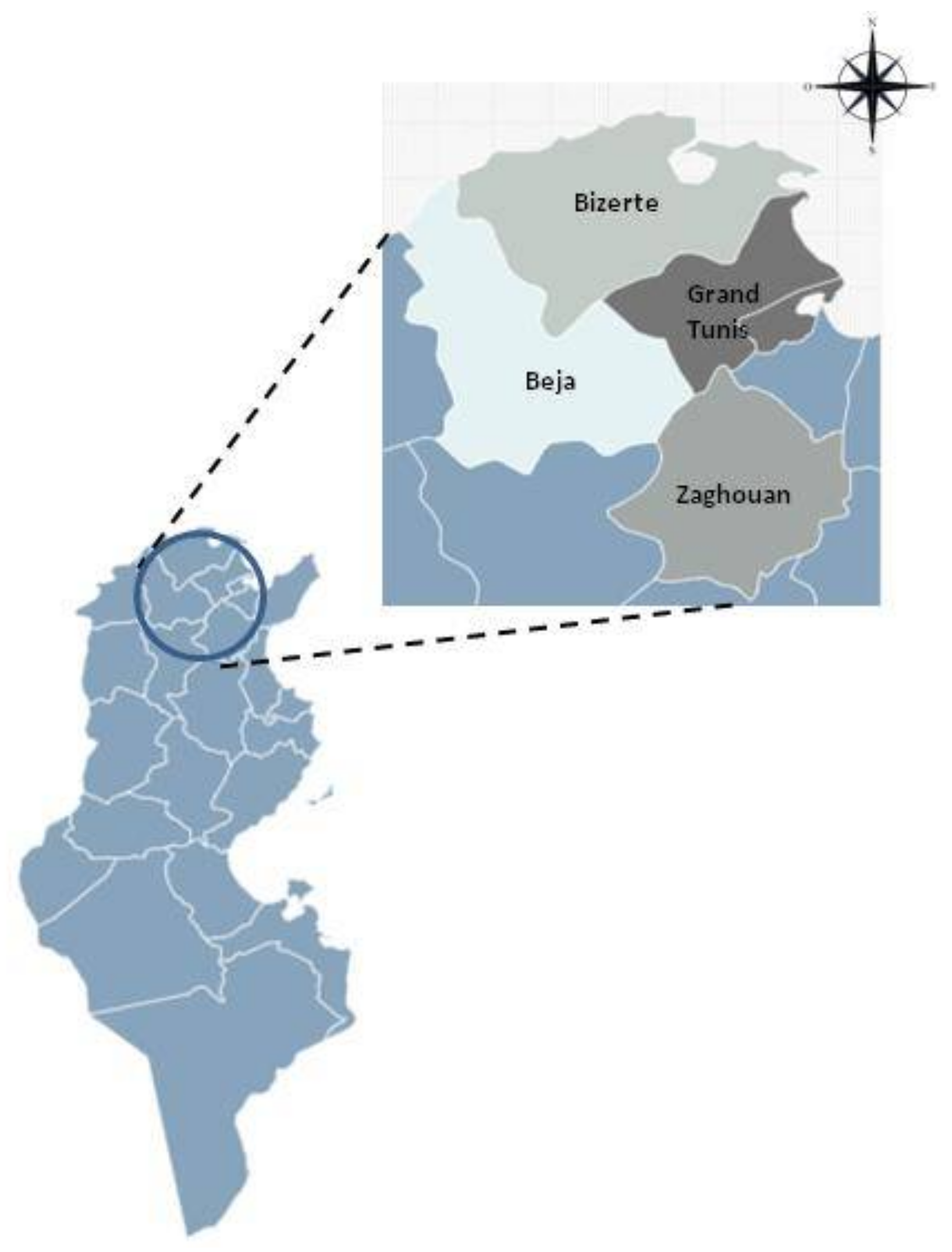 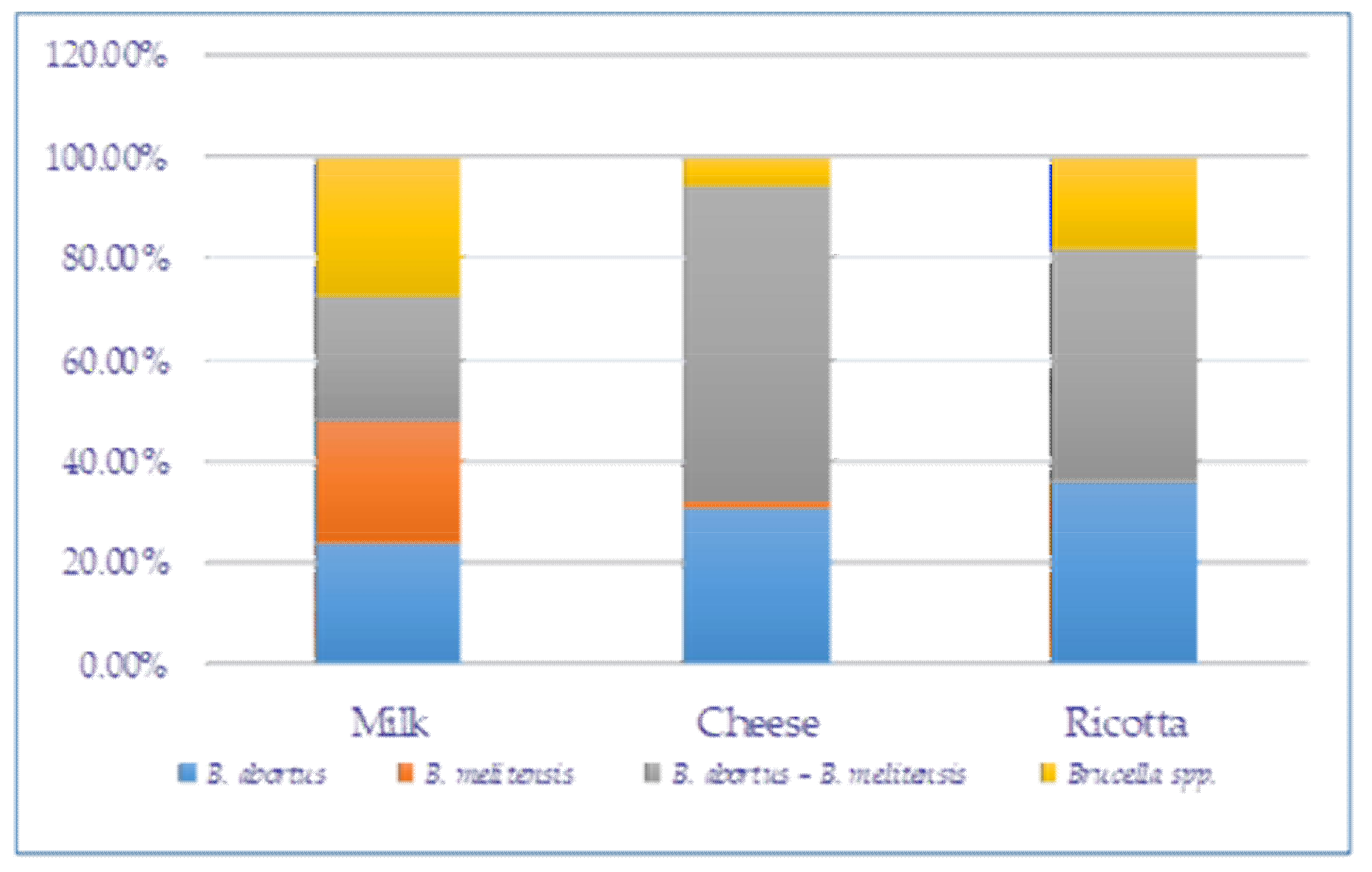