The purpose of this study was to determine dental practitioners’ opinions, techniques, and materials used for the restoration of endodontically treated teeth (ETT) in Saudi Arabia. A comprehensive nationwide survey regarding treatment strategies of ETT, on the post types and material used for core foundations were distributed either by email or by hard copies to general dentists in different parts of Saudi Arabia (North, South, West, East, and Center). Descriptive statistics were used to analyze the responses to the questions. A total of 164 participants were included in the survey: 72.6% of them were male, and 27.4% were female. 42.1% of the participants were Saudi dental practitioners, whereas 57.9% were non-Saudi dental practitioners. Out of the surveyed dentists, 52% consider post placement for almost every post-endodontic restoration of ETT. The majority of the dentists (54%) believe that a post strengthens ETT. Cast posts and cores were used by 55% of all the dentists, whereas 34% used prefabricated posts exclusively. Screw posts were the most popular prefabricated post type (47%). Composite resin (51%) was preferred for the core foundation, followed by glass ionomer cements (GICs) (26%). Amalgam was seldom used (0.5%). Posts were placed primarily with zinc phosphate cement (51%), followed by GIC (38%). Within the limitations of this survey-based investigation among dental practitioners in Saudi Arabia, it was concluded that the treatment strategies of ETT are in accordance with the current state of evidence-based knowledge.
Keywords: endodontically-treated teeth; post type; dental practitioners; restoration endodontically-treated teeth; post type; dental practitioners; restoration

Endodontic treatment is carried out for teeth affected by caries, repeated restorations, and fractures. A definite restorative solution is necessary after this type of therapy. Substance loss in endodontically treated teeth (ETT), due to caries or the endodontic procedure, increases the susceptibility of the tooth to fracture [1]. Therefore, the longevity of such teeth is dependent on the amount of substance loss and the ability of the restorative materials to replace the missing tooth structure [2]. Furthermore, multiple parameters may also affect the prognosis of ETT, i.e. the remaining tooth structure [3,4], the type of final restoration, the design of the post and core material used [5,6], and the presence of a ferrule [3,7].
Different strategies have been proposed for the restoration of ETT [4,8,9,10]. These treatment strategies include the use of posts and cores [4], partial or full coverage crowns [11], and direct resin composites or amalgam fillings [12]. Several post systems are available for the restoration of ETT. The use of fiber posts is popular because they have a similar modulus of elasticity to that of dentin [13]. In addition, they have good physical properties and can be removed easily [14].
Posts are recommended when the coronal structure is insufficient to support a core build-up [4]. A study by Sorensen and Martinoff showed that full coverage crowns did not significantly improve the clinical success for anterior teeth, whereas they improved the success rate for premolars and molars [15]. The substantial loss of ETT structures during tooth preparation worsens the situation when endodontic treatment is associated with mesioocclusodistal (MOD) cavities. At this point, adhesive restorations, which have the potential to reinforce weakened tooth structure, seem to have an advantage over crowns [16].
Several survey-based studies have been published on the strategies and preferences of dental practitioners in terms of restoring ETT. Such data exist for the United Kingdom [17], Sweden [18], the United States [19], Switzerland [20], India [21], Panevezys [22], and Germany [23]. In addition, there are several materials and techniques advocated for restoring ETT. However, the strategies and preferences of dental practitioners in Saudi Arabia in terms of restoring ETT need to be investigated. Therefore, the aim of this nationwide survey-based investigation was to assess the strategies and preferences for restoring ETT among dental practitioners in Saudi Arabia.

2.1. Involvement of the Participants

1.
Frequency of Use of Dental Posts in ETT

According to the responses, 138 (84.1%) of the responders utilized prefabricated posts in the treatment of ETT, and 26 (15.9%) of them utilized custom-made cast posts and core ETT.

5.
The Importance of a Ferrule below the Core Foundation

13.
Should the Tooth (with Post and Core) Be Crowned?

14.
Crown Material Used over ETT with Post and Core

Within the limitations of this study, the following conclusions can be drawn:

-
Most of the participants in the present study did not consider that ETT should receive a post. However, most of them believed that ETT should be crowned, and all-ceramic crowns were the preferred choice.
-
The majority of the surveyed dentists stated that the presence of a post could reinforce ETT.
-
The decision to utilize any type of post was mainly based on the remaining tooth structure.
-
Most of the participants believed that the presence of a ferrule would increase the fracture resistance of ETT.

A.A. and A.S. (Ahlam Samran) carried out the data analysis and drafted the manuscript. A.S. (Abdulaziz Samran), M.N., M.Z.N., Z.K., and M.Ö. participated in the design of the study and monitored the progressive report of the study. All the authors read and approved the final manuscript. 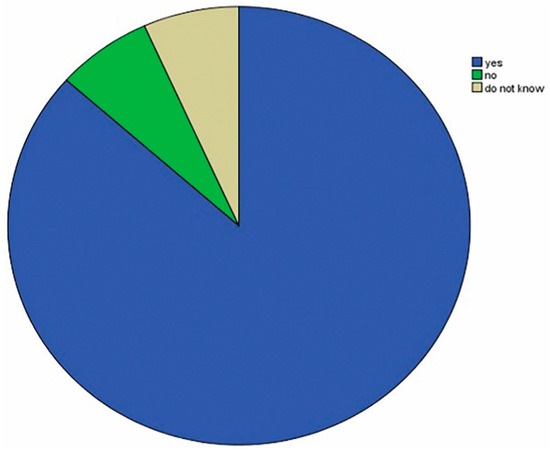 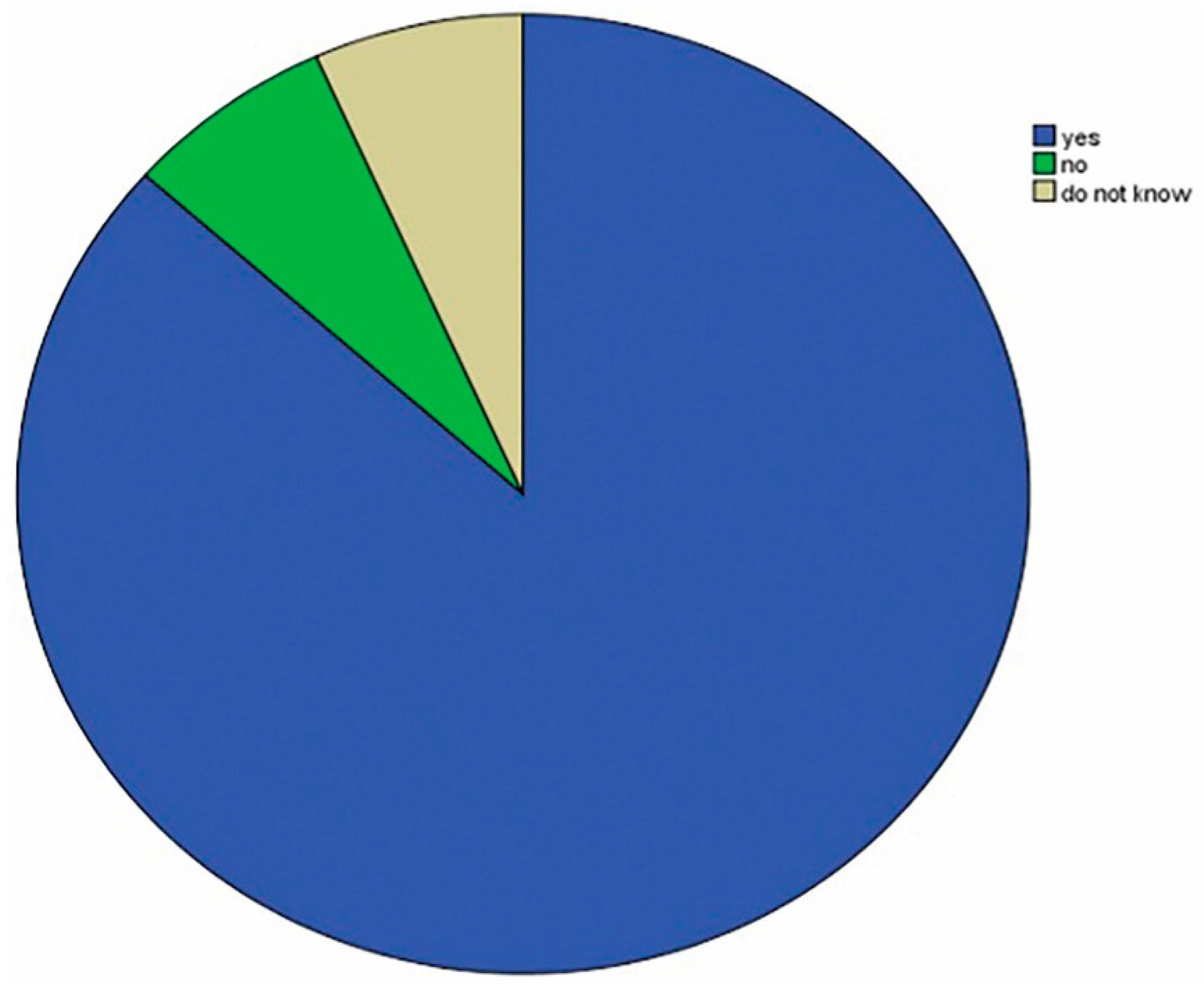 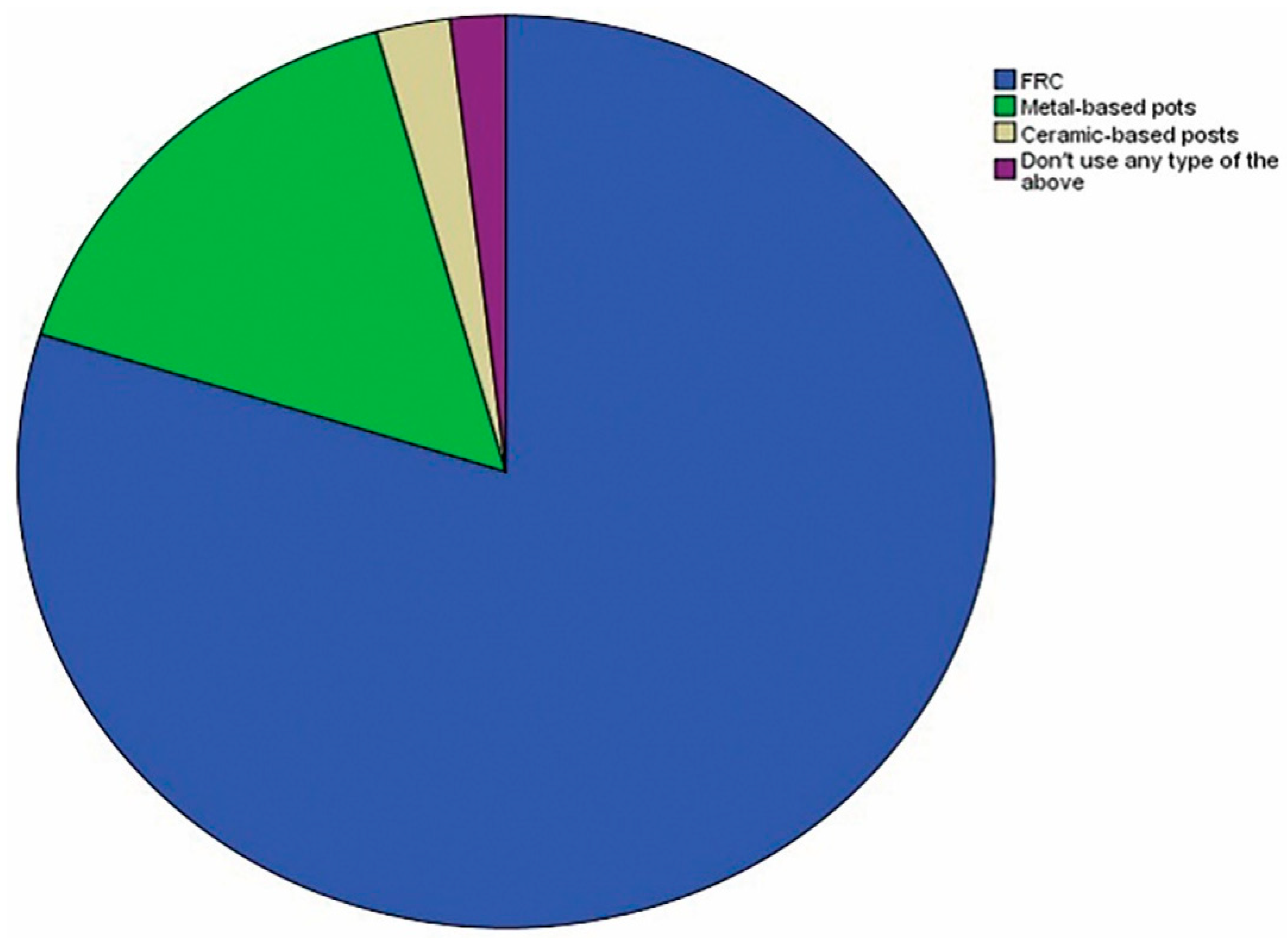