Glass ionomer cement (GIC) represents a major transformation in restorative dentistry. Wear of dental restoratives is a common phenomenon and the determination of the wear resistance of direct-restorative materials is a challenging task. The aim of this paper was to evaluate the wear resistance of novel glass ionomer cement by two wear-test methods and to compare the two wear methods.The wear resistance of a conventional glass ionomer cement (HiFi Advanced Health Care Kent, UK) and cements modified by including various percentages of nanoclays (1, 2 and 4 wt %) was measured by a reciprocating wear test (ball-on-flat) and Oregon Health and Sciences University’s (OHSU) wear simulator. The OHSU wear simulation subjected the cement specimens to three wear mechanisms, namely abrasion, three-body abrasion and attrition using a steatite antagonist. The abrasion wear resulted in material loss from GIC specimen as the steatite antagonist forced through the exposed glass particles when it travelled along the sliding path.The hardness of specimens was measured by the Vickers hardness test. The results of reciprocation wear test showed that HiFi-1 resulted in the lowest wear volume 4.90 (0.60) mm3 (p < 0.05), but there was no significant difference (p > 0.05) in the wear volume in comparison to HiFi, HiFi-2 and HiFi-4. Similarly, the results of OHSU wear simulator showed that the total wear volume of HiFi-4 1.49 (0.24) was higher than HiFi-1 and HiFi-2. However, no significant difference (p > 0.05) was found in the OHSU total wear volume in GICs after nanoclay incorporation. The Vickers hardness (HV) of the nanoclay-reinforced cements was measured between 62 and 89 HV. Nanoclay addition at a higher concentration (4%) resulted in higher wear volume and wear depth. The total wear volumes were less dependent upon abrasion volume and attrition volume. The total wear depths were strongly influenced by attrition depth and to some extent by abrasion depth. The addition of nanoclay in higher wt % to HiFi did not result in significant improvement in wear resistance and hardness. Nonetheless, wear is a very complex phenomenon because it is sensitive to a wide number of factors that do not necessarily act in the same way when compared using different parameters. View Full-Text
Keywords: glass ionomer cement; oscillating wear; OHSU wear simulator; nanoclays; hardness glass ionomer cement; oscillating wear; OHSU wear simulator; nanoclays; hardness
►▼ Show Figures 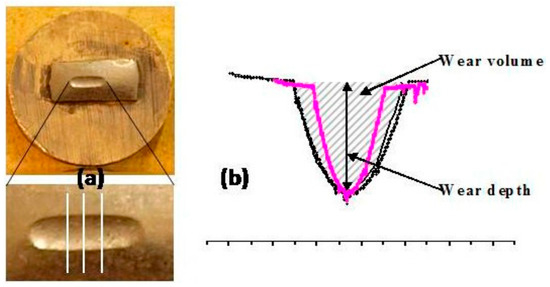