Additive Manufacturing for Repair and Restoration in Remanufacturing: An Overview from Object Design and Systems Perspectives
Previous Article in Journal

Focusing on the bottlenecks of traditional physical activation method for the preparation of activated carbons (ACs), we established a simple and scalable method to control the physicochemical structure of ACs and study their CO2 adsorption performance. The preparation is achieved by ammonia activation at different volume fractions of ammonia in the mixture (10%, 25%, 50%, 75%, and 100%) to introduce the nitrogen-containing functional groups and form the original pores and subsequent chemical vapor deposition (CVD) at different deposition times (30, 60, 90, and 120 min) to further adjust the pore structure. The nitrogen content of ACs-0.1/0.25/0.5/0.75/1 increases gradually from 2.11% to 8.84% with the increase of ammonia ratio in the mixture from 10% to 75% and then decreases to 3.02% in the process of pure ammonia activation (100%), during which the relative content of pyridinium nitrogen (N-6), pyrrolidine (N-5), and graphite nitrogen (N-Q) increase sequentially but nitrogen oxygen structure (N-O) increase continuously. In addition, ACs-0.5 and ACs-0.75, with a relatively high nitrogen content (6.37% and 8.84%) and SBET value (1048.65 m2/g and 814.36 m2/g), are selected as typical samples for subsequent CVD. In the stage of CVD, ACs-0.5-60 and ACs-0.75-90, with high SBET (1897.25 and 1971.57 m2/g) value and an appropriate pore-size distribution between 0.5 and 0.8 nm, can be obtained with the extension of deposition time from 60 to 90 min. The results of CO2 adsorption test indicate that an adsorption capacity of ACs-0.75-90, at 800 mmHg, is the largest (6.87 mmol/g) out of all the tested samples. In addition, the comparison of CO2 adsorption performance of tested samples with different nitrogen content and pore structure indicates that the effect of nitrogen content seems to be more pronounced in this work. View Full-Text
Keywords: activated carbons; ammonia activation; chemical vapor deposition; physicochemical structure; CO2 adsorption activated carbons; ammonia activation; chemical vapor deposition; physicochemical structure; CO2 adsorption
►▼ Show Figures 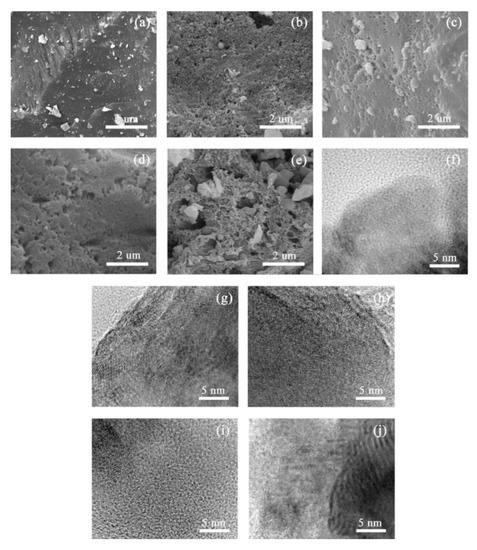