Application of titanium dioxide (TiO2) as a photocatalyst has presented a promising avenue for the safe photocatalytic degradation of pollutants. Increasing levels of the release of pharmaceuticals in the environment and formation of the intermediates during their degradation may impose health and environmental risks and therefore require more attention. Photocatalytic degradation of acetylsalicylic acid (aspirin) was carried out in the presence of the TiO2-filled polymeric film as a photocatalyst under solar light irradiation. The polymeric film incorporates TiO2 in the matrix, which acts as a photocatalyst under solar illumination and degrades the acetyl salicylic acid (ASA) into a range of organic compounds before complete demineralization (formation of carbon dioxide and water as final products). Among the intermediates, acetic acid was found to be present in a larger amount compared to other organic acids. The qualitative/quantitative analyses of the intermediates resulted in the determination of the most probable reaction’s mechanism in the degradation process. The mechanism of degradation of acetylsalicylic acid and its reaction pathway were developed from liquid chromatography/mass spectroscopy (LC/MS), Fourier Transform Infra Red (FTIR) and UV spectrophotometric analysis. It was found that hydroxyl groups were dominant in the degradation process compared to electrons and holes generated by TiO2. The total organic carbon (TOC) analysis was also carried out to analyze the organic carbon content of the intermediates formed during the course of degradation. View Full-Text
Keywords: photocatalysis; TiO2-polymeric film; aspirin; degradation; reactions mechanism/pathway photocatalysis; TiO2-polymeric film; aspirin; degradation; reactions mechanism/pathway
►▼ Show Figures 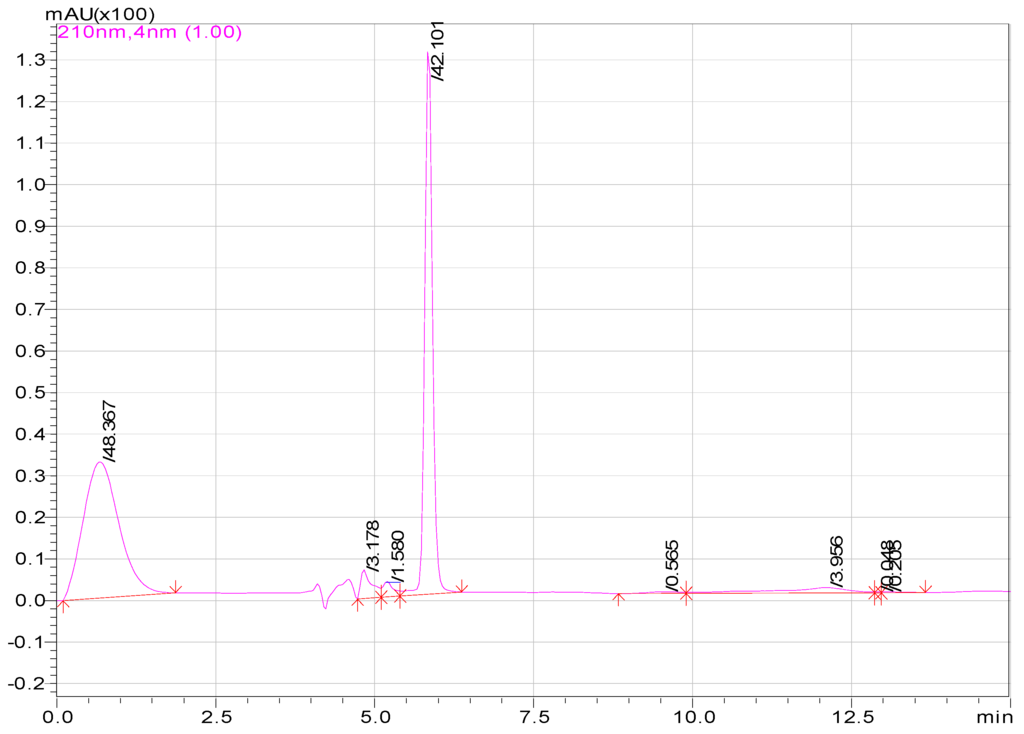