Contamination of toxic and odorous gases emitted from stacks in buildings located in an urban environment are potential health hazards to citizens. A simulation using the computational fluid dynamic technique may provide detailed data on the flammable region and spatial dispersion of released gases. Concentrations or emissions associated with garage sources and garage-to-house migration rates are needed to estimate potential exposures and risk levels. Therefore, the aim of the study was to use an original mathematical model to predict the most accurate locations for LPG sensors in an underground garage for vehicles powered with LPG. First, the three-dimensional geometry of an underground garage under a multi-family building was reconstructed. Next, two types of ventilation, jet and duct, were considered, and different sources of LPG leakage were assumed. Then, the Ansys Fluent software was applied as a solver, and the same initial value of released LPG (5 kg) was assumed. As a simplification, and to avoid the simulation of choked outflow, the emission from a large area was adopted. The results showed stagnation areas for duct ventilation in which gas remained for both the jet and duct ventilation. Moreover, it was observed that the analyzed gas would gather in the depressions of the ground in the underground garage, for example in drain grates, which may create a hazardous zone for the users of the facility. Additionally, it was observed that for jet ventilation, turbulence appearance sometimes generated differentiated gas in an undesirable direction. The simulation also showed that for blowing ventilation around the garage, and for higher LPG leakage, a higher cloud of gas that increased probability of ignition and LPG explosion was formed. Meanwhile, for jet ventilation, a very low concentration of LPG in the garage was noticed. After 35 s, LPG concentration was lower than the upper explosive limit. Therefore, during the LPG leakage in an underground garage, jet ventilation was more efficient in decreasing LPG gas to the non-explosive values. View Full-Text
Keywords: jet ventilation; duct ventilation; LPG leakage; LPG dispersion; underground garage air flow simulation; CFD methods jet ventilation; duct ventilation; LPG leakage; LPG dispersion; underground garage air flow simulation; CFD methods
►▼ Show Figures 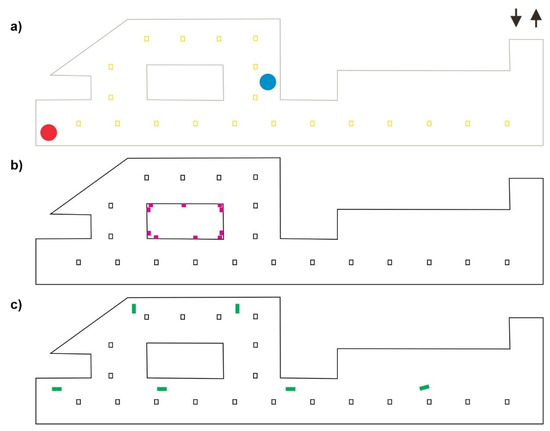