Parental Satisfaction with Caregiving for Children with Developmental Disabilities: Development of a New Assessment Tool
Previous Article in Special Issue

This study aimed to characterize daily physical activity (PA) behaviors in 2-year-old girls and boys and their parents, with and without an objective measure of dyadic spatial proximity. Urban-dwelling parent–toddler dyads (N = 110) wore accelerometers for 7 days, and parents completed a sociodemographic questionnaire. Accelerometers were initialized to collect PA and Bluetooth-based proximity data. After applying wear-time algorithms, n = 65 dyads were further analyzed using a dyadic analysis statistical methodology. Toddler–parent sedentary and light PA time were respectively interdependent, conditional on child sex and child-parent proximity, but moderate–vigorous physical activity (MVPA) time was not. Toddlers were significantly more active on weekdays and weekends than their parents, and no differences were found in daily PA volumes between girls and boys. In dyads with proximity data (n = 34), analyses of joint (i.e., proximal and mutual) PA time showed that girls participated in significantly more joint PA with their mothers than boys. Children who engaged in ≥60 min of MVPA/day participated in ~2 h of joint PA/day, on average, while children with <60 min of MVPA/day engaged in ~30 min less joint-PA time with their mothers. Boys and girls who participated in higher daily MVPA volumes engaged in joint PA with their mothers across greater relative distances, as compared to less active boys who engaged in joint PA at closer relative distances to their mothers. Toddlers who engaged in ≥60 min of daily MVPA participated in joint PA with their mothers at greater relative distances and for longer durations than less active children. Further research on the dyadic activity–proximity relationship is needed across early childhood development.
Keywords: children; adult; physical activity; family interaction children; adult; physical activity; family interaction

Study participants were recruited from an Early Head Start (EHS) in a major urban center, with a catchment area that serves under-resourced families across multiple city districts. EHS is a nationally funded program that aims to bolster the physical, cognitive, and socio-emotional development of children under 3 years and their parents. The EHS reported that 57% of its families share apartments with ≥1 family and 95% of families speak Spanish in the home. Families attend the EHS center for ~3.5 h once per week, and receive semi-monthly home-visits from one of their regular classroom teachers. Parents of 24–35-month-old children attending the EHS were invited to participate in this study. All children who were 24–35 months-old without exclusion criteria were eligible for the study and were invited to participate. Exclusion criteria included children with extreme developmental delays, significant sensory or behavioral concerns, or health conditions that might restrict PA. The absence of exclusion criteria was confirmed by parental or teacher report at the time of recruitment. Parents provided informed consent according to the policies and procedures of the Columbia University Medical Center and Columbia University Teachers College Institutional Review Boards that approved the study protocol.

Proximity tagging data that are available in newer accelerometers can be used as an objective measure of dyadic proximity [9]. ActiGraph wGT3X-BT accelerometers were additionally initialized to collect proximity data in 60 s epochs, with devices respectively assigned as “receiver” and “beacon” for child-parent dyads [7]. Accelerometer-derived proximity data can be used to predict metered distances between devices (≤20 m), as well as to yield proportions of time that devices are proximal (≤50 m) [22]. Proximity data were conserved for periods during which dyads had mutually valid accelerometer wear-time data. Proportions of time when receivers and beacons were within range were calculated. Metered distances between dyadic counterparts were also predicted from accelerometer-derived Bluetooth signals [22] and were then transformed into z-scores to derive a standardized measure of the relative distance (i.e., nearer (<0) or farther (>0)) between child and parent during activity. Of the dyads meeting wear-time criteria, n = 34 dyads had proximity data and were included in further proximity analyses. All dyads with proximity data were also mother-child dyads.
Considering the current recommendation for a consensus on the definition of co-participation in PA [9], we focused on a single element of the current understanding of the term—mutual and proximal engagement in activity. We use the term joint to describe such bouts of activity wherein child and parent activity intensities are synchronous and dyadic counterparts are oriented proximally in space.

To compute descriptive statistics of sample characteristics and to also adjust models of child-parent activity and proximity for potentially influential covariates, parents were asked to complete a brief sociodemographic questionnaire. The questionnaire included items on children (age and sex) and parents (age, sex, country of origin, household income, education, and family size).

A dyadic analysis methodology was employed for this study because it is expressly suited for studies wherein data have been purposively sampled in dyads [23]. Moreover, the application of a dyadic analysis methodology to child-parent PA data affords researchers an opportunity to analyze interactive child-parent PA patterns using over-time dyadic models, which can provide high-level detail on child-parent PA interdependencies at various temporal resolutions.
Data were analyzed in MATLAB and MPLUS 7 [24]. Descriptive statistics are reported as Mean (Standard Deviation; SD), Median (Interquartile Range; IQR), or Frequencies (%) for child-parent sociodemographic characteristics (M(SD), Frequencies), activity behavior (M(SD), Frequencies), and dyadic proximity data (Mean(SD), Median(IQR), Frequencies). To test for interdependence between child and parent covariates of interest, Pearson’s correlations (r) and their 95% Confidence Intervals (95%CI) were calculated for child and parent proportions of time spent SED, in LPA, and in MVPA [23]. Pearson’s correlations were repeated after stratifying by child sex. Correlations between the proportion of time that children and parents spent in each respective activity threshold (SED, LPA, and MVPA) while proximal were also examined after stratifying by child sex.
Partial correlations were tested between the proportions of time that children and parents spent in TPA, after controlling for children’s age and the mean daily proportion of time that dyads were proximal. The following linear mixed effects (LME) models were run after controlling for the random effect of dyad—Model 1: Weekday and weekend TPA ~ day (i.e., weekday and weekend), role (i.e., child and parent), day × role, child sex, and child age. Model 2: included proximity and a proximity × sex interaction as additional terms to those in Model 1. Continuous covariates were mean centered to facilitate interpretation of interaction effects. A residual maximum likelihood method was used in LME models with a sample size of n ≤ 50, otherwise a maximum likelihood estimator was used [25]. Respective models were systematically assessed for the assumptions of (1) within dyad interdependence [23] and (2) mutually independent residuals with distribution N~(0,σ2)—both of which were found to be tenable across models [25]. The random intercept only model showed that >5% of the variance in TPA was explained by the effect of dyad. All beta coefficients (β) are presented with their standard error (SE).
Interactive hour-to-hour child and parent TPA behaviors were examined in an actor-partner interdependence model (APIM) [23]. The APIM estimates cross-partner influences within dyads and the stability of a given signal within subjects over time. Dyadic hour-to-hour proportions of time spent in TPA were randomly extracted from 3 monitored days on which children and parents mutually had valid TPA data. A total of n = 63 dyads had sufficient mutual wear-time data and were included in the APIM analysis. Model 3: For a given hour, child TPA time (CHILDt) was regressed on lagged child (CHILDt−1) and lagged parent (PARENTt−1) TPA time, and parent TPA time (PARENTt) was regressed on lagged child and lagged parent TPA time. To explore the influence of hourly dyadic proximity on hourly TPA time, an additional model was fit for dyads with proximity data. Again, here the model averaged over TPA hour-to-hour, and thus does not distinguish between periods of mutual engagement versus non-mutual engagement in PA during each hour. Additionally, the proportion of time spent in proximity hour-to-hour only represents the amount of time that dyadic counterparts spent together each hour and does not distinguish between periods of activity or inactivity. Model 4: The lagged proportion of time that children’s and parents’ devices were within range (PROXt−1) was added to the model, such that CHILDt−1 and PARENTt−1 TPA were regressed on PROXt−1, and PARENTt and CHILDt were regressed on PARENTt−1 and CHILDt−1. Continuous covariates were mean centered; the grand mean of CHILDt−1 and PARENTt−1 was respectively subtracted from each predictor according to APIM specifications in both models [23]. Both models were specified as nested models, as above, wherein observations could cluster within dyads and within subjects [23]. Model fit was assessed for both Model 3 (; CFI/TLI ≥ 1.0; RMSEA < 0.01) and Model 4 (; CFI/TLI ≥ 0.99; RMSEA = 0.01) and both were found to have good fit.
To explore differences in joint TPA with respect to child sex and MVPA, two separate two-way ANOVA models were run with post hoc multi-comparisons using Scheffe’s procedure. Model 5: Tested for differences in the proportion of time that children and parents engaged in joint TPA time, conditioning on the following dichotomous independent variables—child sex (female; male) and mean daily MVPA volume (<60 min/day; ≥60 min/day). Model 6: Tested for differences in the mean relative distance (z-scores) at which child and parent engaged in joint TPA, conditioning on child sex and mean daily MVPA volume. Main effects and interaction effects were assessed in each respective model. The assumptions of normality and homogeneity of variances were assessed and found to be tenable. Effect sizes are presented as partial eta squared.
Tests for differences in MVPA and TPA time between dyads with and without proximity data showed that there were no significant differences for children nor parents. All models were estimated with an a priori significance level of α = 0.05.

The study was funded in part by a Student Research in Diversity Grant awarded by The Office of the Vice President for Diversity and Community Affairs, Arthur Zankel Urban Fellowship awarded by the Office of School and Community Partnerships, and a Doctoral Research Fellowship awarded to McCullough by Teachers College, Columbia University with support from the program in Applied Physiology, Department of Biobehavioral Sciences at Teachers College, Columbia University. 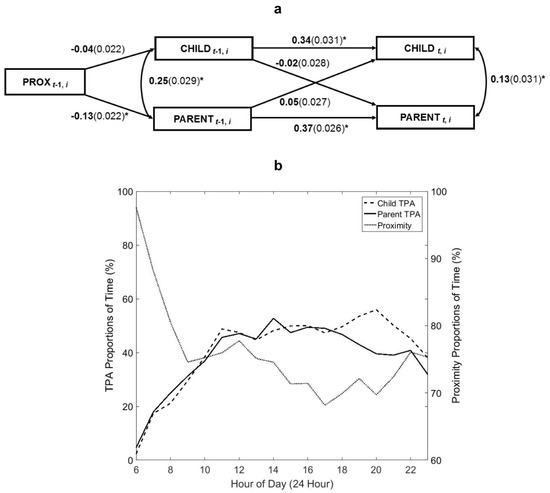 Table 2. Mother-child activity and dyadic proximity characteristics stratified by child sex.
Table 2. Mother-child activity and dyadic proximity characteristics stratified by child sex.
Note: Table values are Median (IQR). All values are interpreted with respect to the indicated dyadic counterpart when their counterpart was proximally engaged in activity of any intensity. Percentages of time spent in proximity were calculated with respect to total wear time. Relative distances (z-scores) for dyadic counterparts: Nearer < 0; Farther > 0. Abbreviations: sedentary (SED), light physical activity (LPA), moderate–vigorous physical activity (MVPA).
© 2018 by the authors. Licensee MDPI, Basel, Switzerland. This article is an open access article distributed under the terms and conditions of the Creative Commons Attribution (CC BY) license (http://creativecommons.org/licenses/by/4.0/).
We use cookies on our website to ensure you get the best experience. Read more about our cookies here.
Accept
We have just recently launched a new version of our website. Help us to further improve by taking part in this short 5 minute survey here. here.
Never show this again