Low-cost, portable, and easy-to-use Kinect-based systems achieved great popularity in out-of-the-lab motion analysis. The placement of a Kinect sensor significantly influences the accuracy in measuring kinematic parameters for dynamics tasks. We conducted an experiment to investigate the impact of sensor placement on the accuracy of upper limb kinematics during a typical upper limb functional task, the drinking task. Using a 3D motion capture system as the golden standard, we tested twenty-one Kinect positions with three different distances and seven orientations. Upper limb joint angles, including shoulder flexion/extension, shoulder adduction/abduction, shoulder internal/external rotation, and elbow flexion/extension angles, are calculated via our developed Kinect kinematic model and the UWA kinematic model for both the Kinect-based system and the 3D motion capture system. We extracted the angles at the point of the target achieved (PTA). The mean-absolute-error (MEA) with the standard represents the Kinect-based system’s performance. We conducted a two-way repeated measure ANOVA to explore the impacts of distance and orientation on the MEAs for all upper limb angles. There is a significant main effect for orientation. The main effects for distance and the interaction effects do not reach statistical significance. The post hoc test using LSD test for orientation shows that the effect of orientation is joint-dependent and plane-dependent. For a complex task (e.g., drinking), which involves body occlusions, placing a Kinect sensor right in front of a subject is not a good choice. We suggest that place a Kinect sensor at the contralateral side of a subject with the orientation around to for upper limb functional tasks. For all kinds of dynamic tasks, we put forward the following recommendations for the placement of a Kinect sensor. First, set an optimal sensor position for capture, making sure that all investigated joints are visible during the whole task. Second, sensor placement should avoid body occlusion at the maximum extension. Third, if an optimal location cannot be achieved in an out-of-the-lab environment, researchers could put the Kinect sensor at an optimal orientation by trading off the factor of distance. Last, for those need to assess functions of both limbs, the users can relocate the sensor and re-evaluate the functions of the other side once they finish evaluating functions of one side of a subject. View Full-Text
Keywords: Kinect; depth sensor; placement; dynamic movement analysis Kinect; depth sensor; placement; dynamic movement analysis
►▼ Show Figures 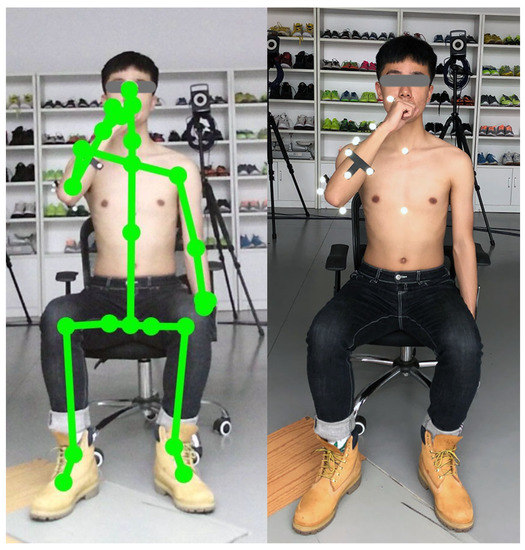