The Preventive Effect of Dysphagia Screening on Pneumonia in Acute Stroke Patients: A Systematic Review and Meta-Analysis
Previous Article in Journal

Smart Protocols for Physical Therapy of Foot Drop Based on Functional Electrical Stimulation: A Case Study 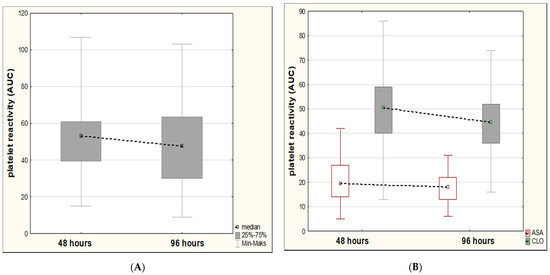 Wiśniewski, A.; Sikora, J.; Karczmarska-Wódzka, A.; Sobczak, P. A Combination of Aspirin and Clopidogrel Predict More Favorable Dynamics of Platelet Reactivity versus Clopidogrel Alone in the Acute Phase of Minor Stroke. Healthcare 2021, 9, 628. https://doi.org/10.3390/healthcare9060628


Wiśniewski A, Sikora J, Karczmarska-Wódzka A, Sobczak P. A Combination of Aspirin and Clopidogrel Predict More Favorable Dynamics of Platelet Reactivity versus Clopidogrel Alone in the Acute Phase of Minor Stroke. Healthcare. 2021; 9(6):628. https://doi.org/10.3390/healthcare9060628