Networks and Emotions in Cooperative Work: A Quasi-Experimental Study in University Nursing and Computer Engineering Students
Next Article in Special Issue

With COVID-19 having spread around the world at such an alarming rate, the impact this serious illness might have on people and their loved ones caused much anxiety. To reduce this stress, some people were calling for end of life or Advance Care Plans (ACP) [1,2]. Traditionally, these ACPs have focused on end-of-life or terminal care plans. Unfortunately, those plans are not necessarily suitable for the situation we are currently faced with as a result of COVID-19; planning for death under conditions of certainty (like when you have end-stage cancer) is not the same as planning for serious illnesses with uncertain outcomes (like COVID-19 pneumonia). Let me explain.
I remember talking to an older lady in her home about her advance medical care plans. Immediately, when we started the conversation about her wishes, she emphatically stated, “I would never want to be on machines” as she shook her head with a firm look of determination on her face. I was sitting in her living room in a nicely appointed, well-kept house. She was a spry, fit older person. It seemed odd to me that she should categorically refuse such potentially life-sustaining treatments. I asked, “So, what if, when you were sick there was a probability of recovery in which we could get you better and back to your baseline function, would it be worth it to you go (sic) on machines temporarily?” The previous look of determination vanished and gave way to a wide-eyed, almost panicked look as she said, “I don’t know—what do you think?” I went on to explain the nature of serious illness, that we do not always know if patients will recover or die, and if they recover, what kind of shape the person will be in. She later confessed that she thought we were talking about her end of life, that when she was dying she did not want to have her dying experience prolonged with machines.
This real-life anecdote highlights the complexity and challenge of communication and decision-making in the context of serious illness. Many people and health care professionals associate advance care planning (ACP) with planning for future end of life or terminal care [3,4,5,6]. This movement stems from society’s understandable fear regarding how technology unleashed can keep people alive in health state’s worse than death. Consequently, in many states and provinces, people are encouraged to fill out advance directives or living wills that pre-specify the medical treatments they want or will not want when they are dying. ACP, advance directives (AD), living wills, etc., have been embraced by palliative care clinicians, dying with dignity societies, and hospice palliative care organizations. In Canada, the advance care planning organization is situated in the Canadian Hospice and Palliative Care Association, for example. Whilst all of this effort is seemingly good, is it plausible that it could be causing harm or at least confusion within the walls of the medical–industrial complex and even with society at large?

2. The Problems with Making Treatment Decisions in Advance

In summary, the problem is that much of the current ACP/AD movement has people (not patients) doing end of life planning/medical decision-making under conditions of certainty, devoid of context, and without support of clinical input. I propose that the way forward is to better prepare people for future serious illness decision-making, so they (or their surrogates) can better articulate their authentic values and informed treatment preferences in the context of “in the moment” shared medical decision-making with doctors AND to help seriously ill patients with capacity to better plan their future medical care with their treating clinicians on documents recognized by the health care system (ASIPP) (See Figure 3). Decision aids that help patients understand the context of serious illness and making decisions under conditions of uncertainty; help patients clarify their authentic values using constraining values clarification tools; and provide information in the form of a decision aid regarding the differences between ICU medicine, medical care, and comfort care are needed to support this new approach. Early versions exist and have been demonstrated to be acceptable and effective (www.planwellguide.com and www.myicuguide.ca) but are not widely disseminated [21,22]. It’s time for a change! People need to do their ASIPP ASAP! 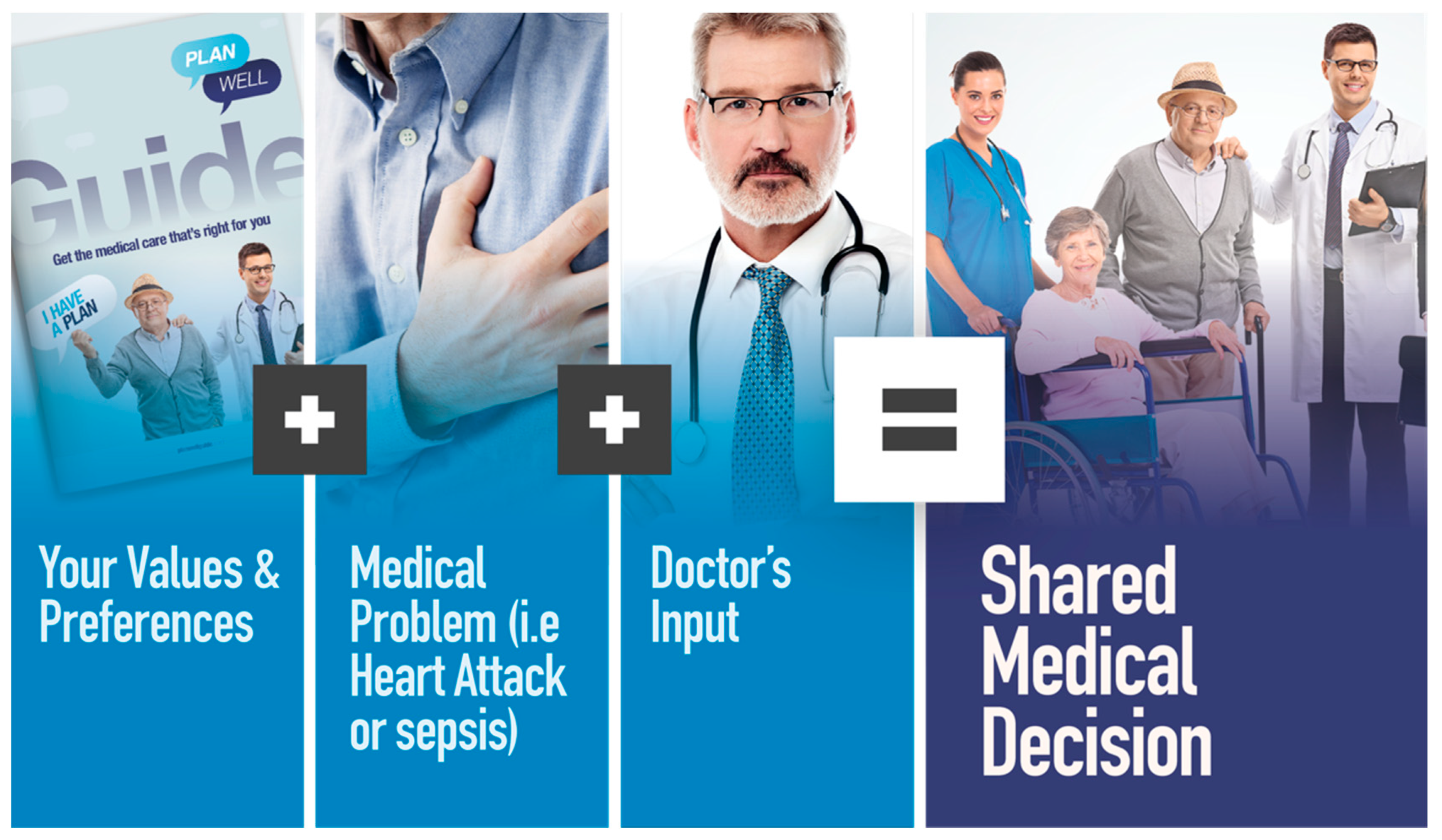 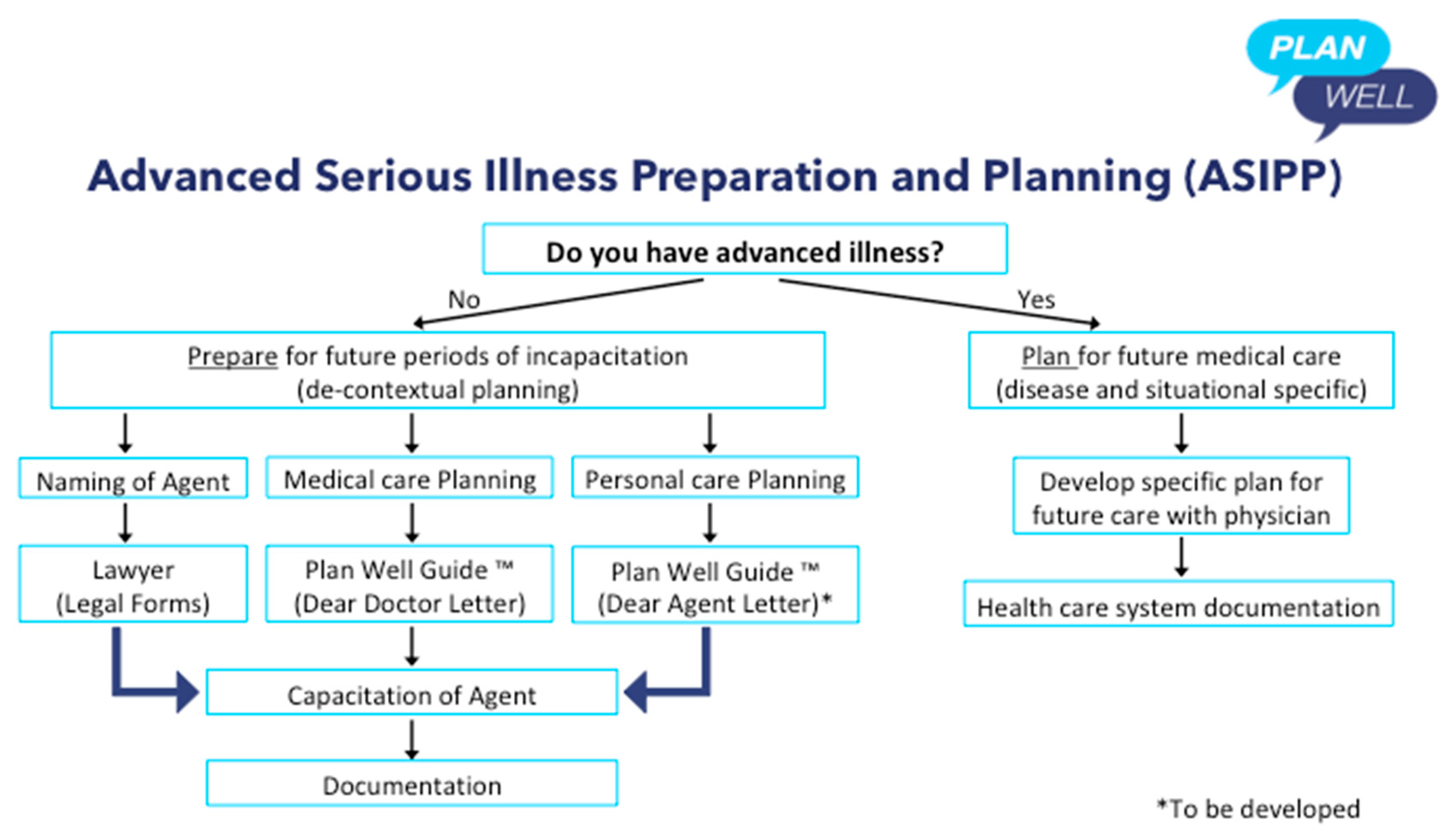