The first limitation of this study is that we are using the incidence rate of Lyme disease from the USA on the population of Europe to get an estimate on how frequent Lyme disease is in Europe. Using the incidence rate from the USA on the population of Europe is not optimal but unfortunately, our only choice since the ECDC do not have any data on Lyme disease. Lyme disease is not spread exclusively by vectors such as ticks. One study [125] explains that Lyme disease is also a Sexually Transmitted Disease (STD). Since Lyme disease can spread sexually, the growth rate of the disease will be similar in the USA and Europe which means that it’s not unrealistic to use the disease frequency from the USA on Europe’s population. The second limitation of this study is that scientific literature that exists regarding Lyme disease as an STD is very limited. In a perfect world more, research should be done regarding Lyme disease as an STD but please keep in mind that Borrelia’s close cousin the spirochete bacterium Treponema pallidum that causes syphilis is well known to spread sexually. Hence, the fact that the Borrelia bacteria can also or could also spread through sexual contact should not come as a surprise. Unfortunately, accurately modeling the spread of Lyme disease without sexual transmission is close to impossible because there are so many difficult questions that need to be answered regarding tick ecology [126] for example in which geographic areas are ticks most frequent?, how many different types of ticks exists?, which types of ticks spread disease?, what types of microorganisms do ticks contain?, how often do ticks reproduce?, when they reproduce how many eggs do they produce on average?, how many of these eggs survive?, what is the probability that a tick bites a human?, what is the probability that a tick bites an animal?, what is the probability of a transmission of Borrelia or any other microorganism after a tick bite?, what animals do ticks use for transportation deer, bird or rodent, how many of these animals that transport ticks are there in a given geographic area?, how is a tick population affected by cold temperature like a winter? As I said, the epidemiological modeling becomes close to impossible especially for an economist maybe not for a biologist.
All infectious diseases (total number of infections in a population) that are transmitted from person to person and where treatment is inadequate has by nature exponential growth over time. A pandemic initially starts with 1 infected person (total number of infections at t1 = 1) that person then goes and infect 1 more person (total number of infections at t2 = 2), these 2 infected people then go and infect 2 more people (total number of infections at t3 = 4), these 4 people then go and infect 4 more people (total number of infections at t4 = 8) etc. The % change at t2 = ((2−1)/1) × 100 = 100, the % change at t3 = ((4−2)/2) × 100 = 100, the % change at t4 = ((8−4)/4) × 100 = 100. Since the percentage change is constant over time, exponential growth models are also called constant growth rate models. For a linear growth model, the percentage change is decreasing over time. The relationship between the transmission rate of an infection that is spread through sexual contact and the annual growth rate of infection can be seen in Table 5. We can see that given that each infected person has sex with one healthy person each year then the transmission rate is equal to the annual percentage growth rate of infection for an infectious disease that is spread sexually. The third limitation of this study is that we assume that the annual growth rate for Lyme disease is 2%. To my knowledge, there does not exist any scientific literature regarding the annual growth rate of Lyme disease. The 2% number is therefore not based on empirical observation. However, we can compare such number to other infectious diseases that are also spread through sexual contact such as HIV. According to the CDC, HIV in 1977 had a transmission rate of 100% and in 2006 the transmission rate of HIV was 5% [127]. It becomes obvious that 2% is a very conservative number. The annual growth rate of Lyme disease is most likely higher than 2% because unfortunately many Lyme disease patients and especially chronic Lyme patients are struggling to find antibiotic treatment but since I lack a scientific reference for my claim and because I do not want to inflate the numbers I have chosen to report 2%. The fourth limitation of this study is that the scientific literature regarding how successful IV treatment is at curing chronic Lyme disease is very limited. However, the exact cure rate is not that important because we have known for a long time that antibiotics kill bacteria. We can simply assume that the cure rate is unknown and compare the outcome of five different assumed cure rates and scenarios: 0%, 25%, 50%, 75% and 100%.

The author would like to thank the two anonymous reviewers for providing valuable comments. 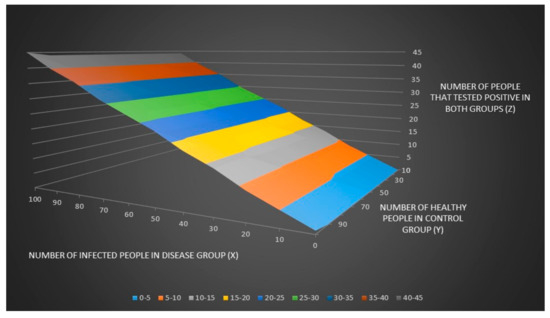 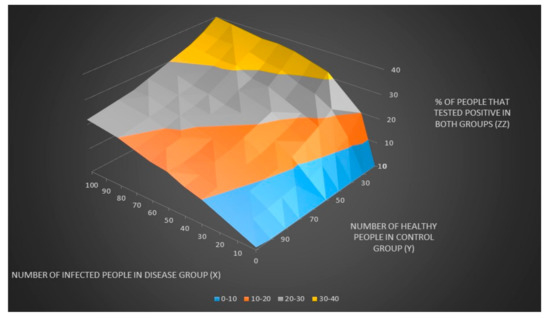 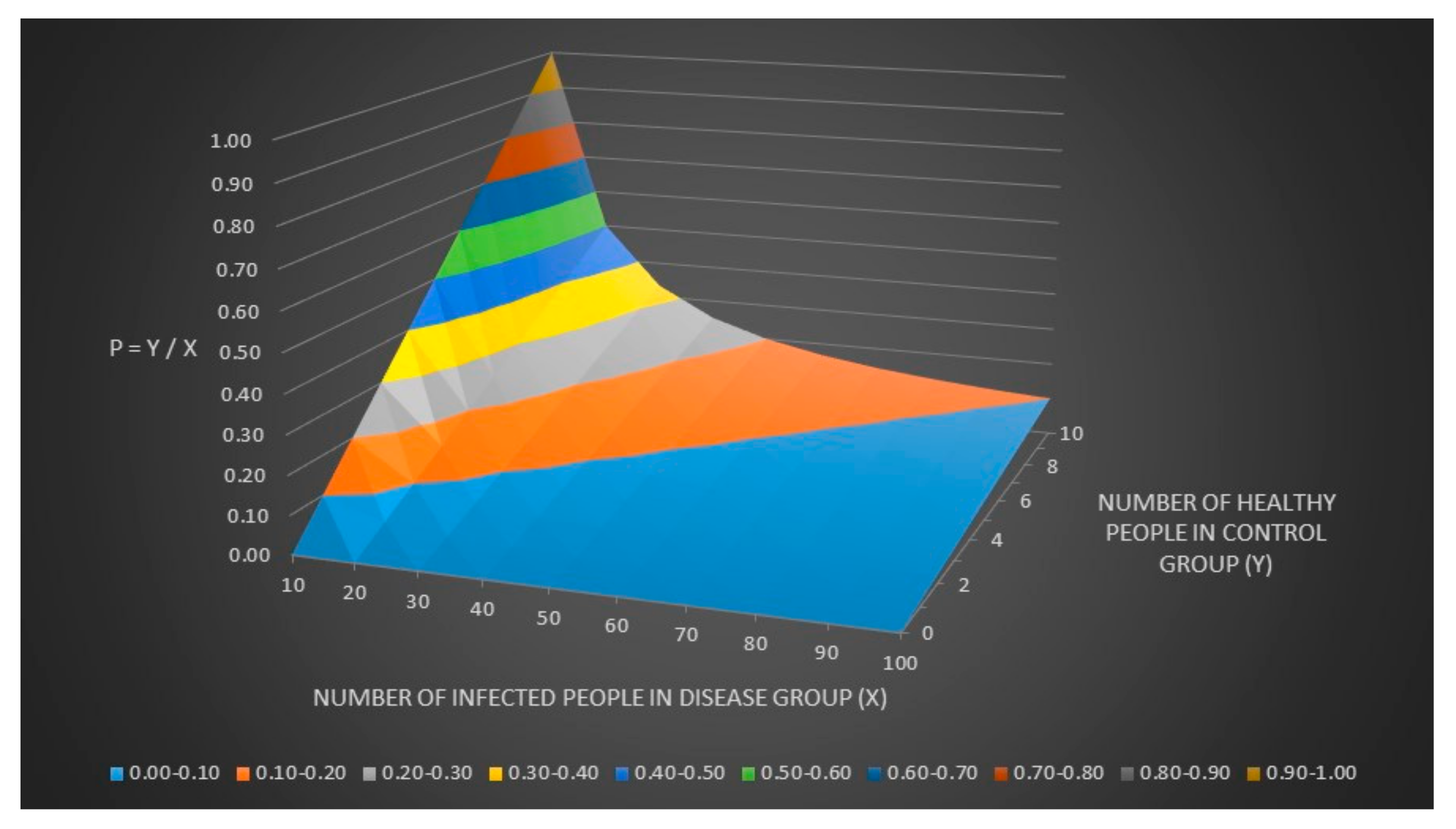 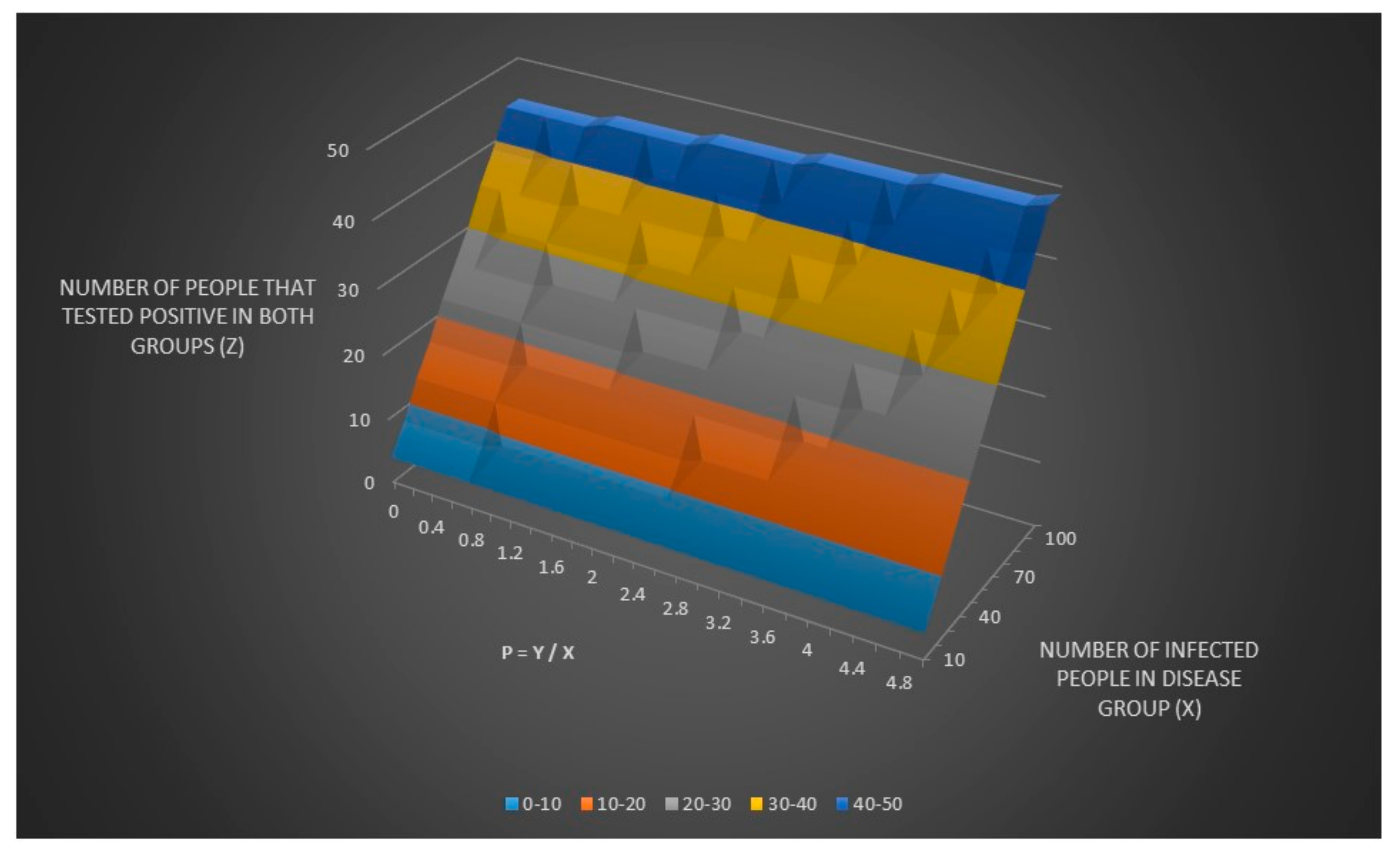 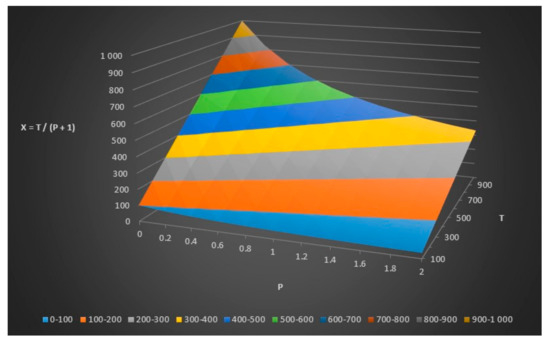 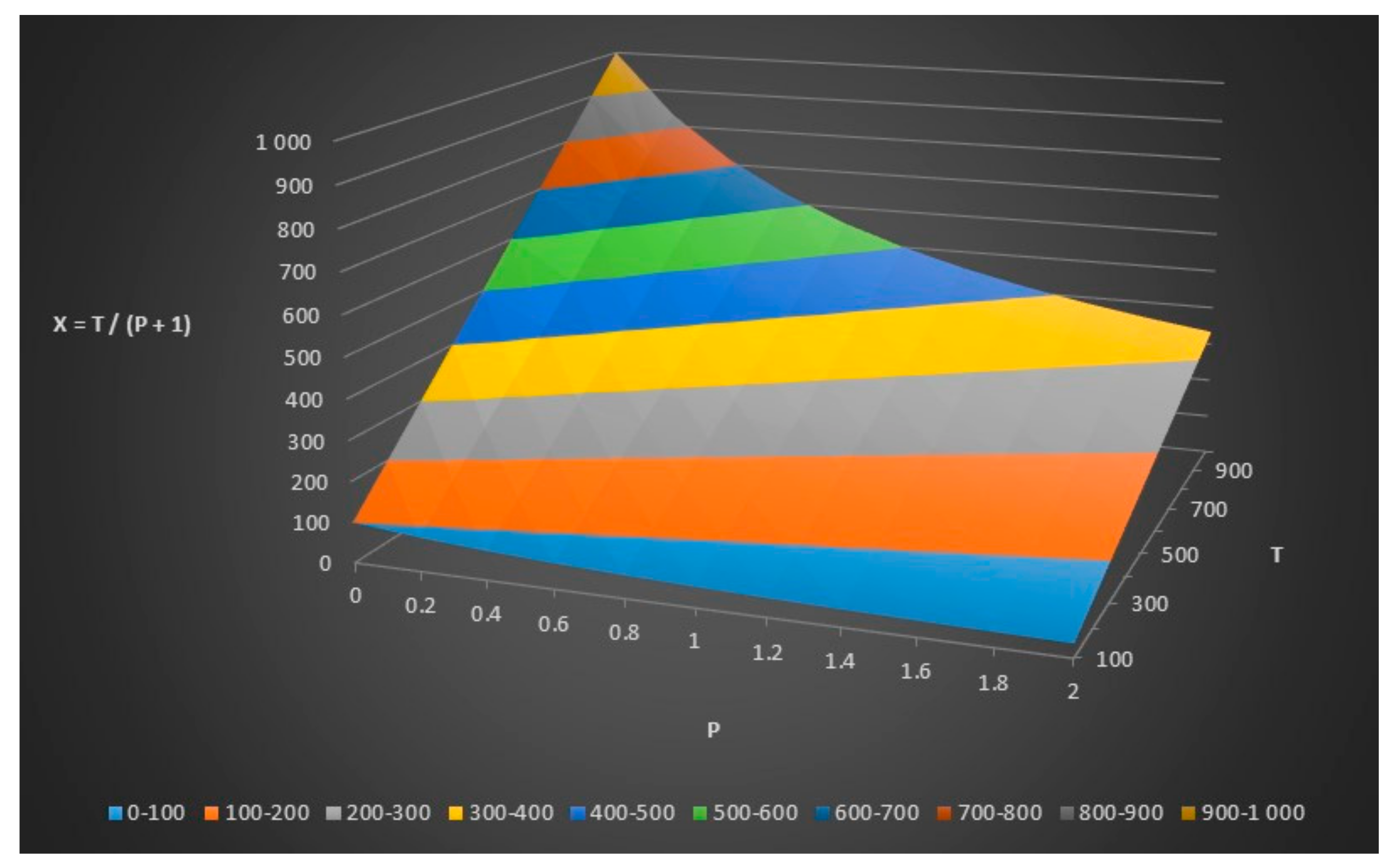 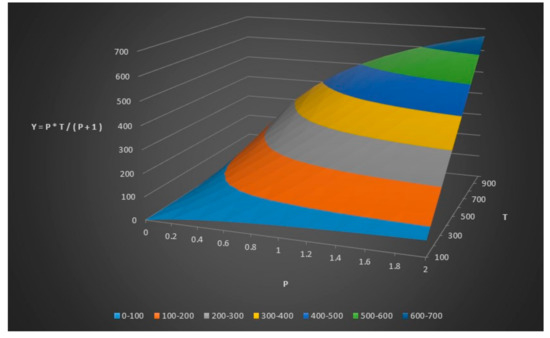 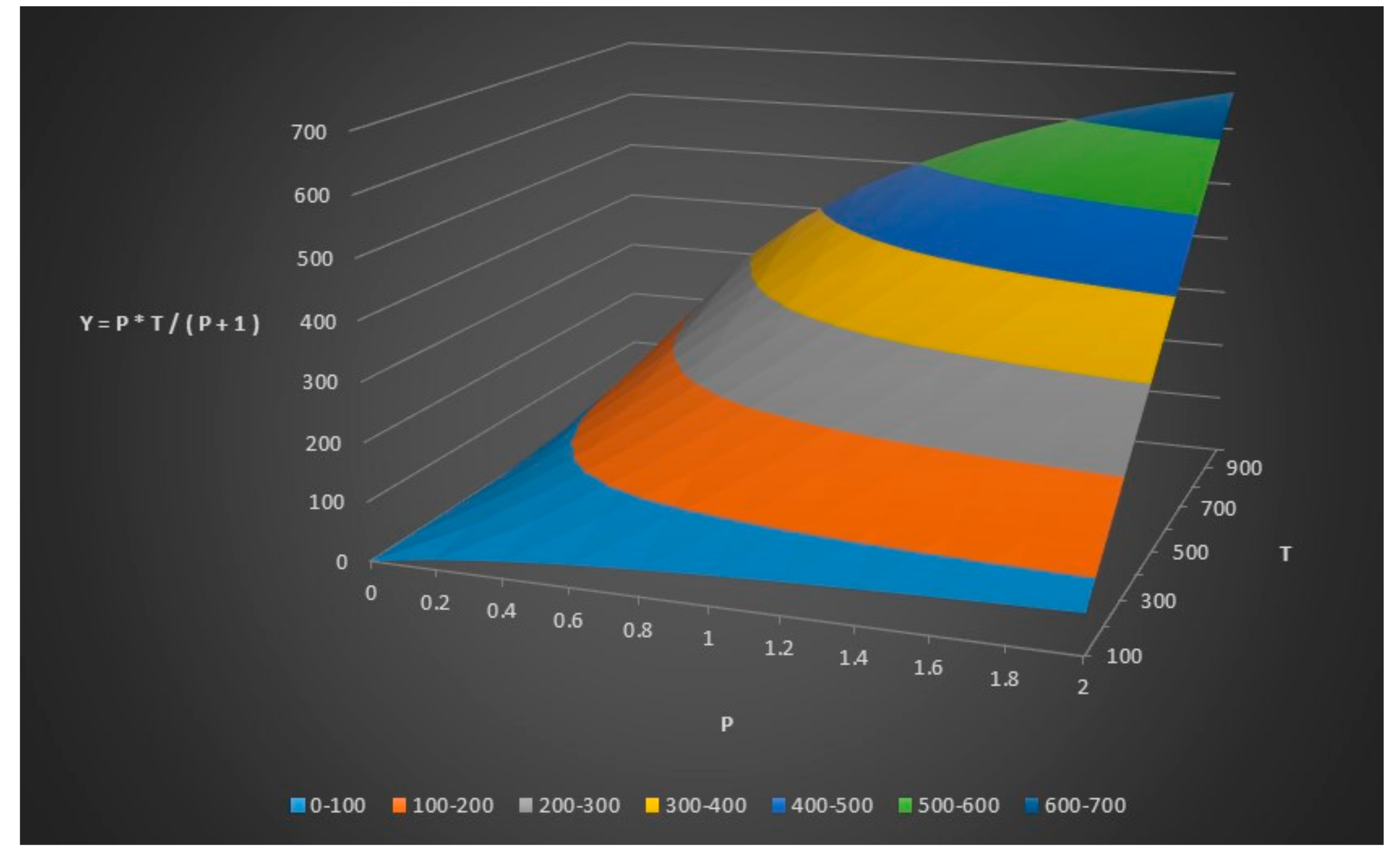 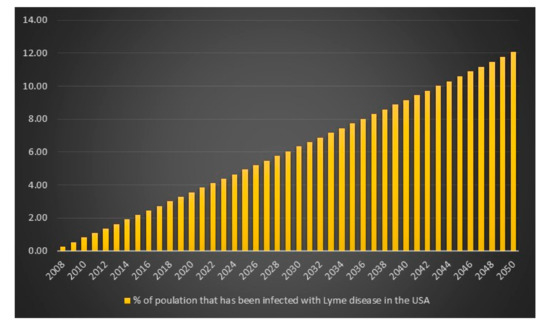 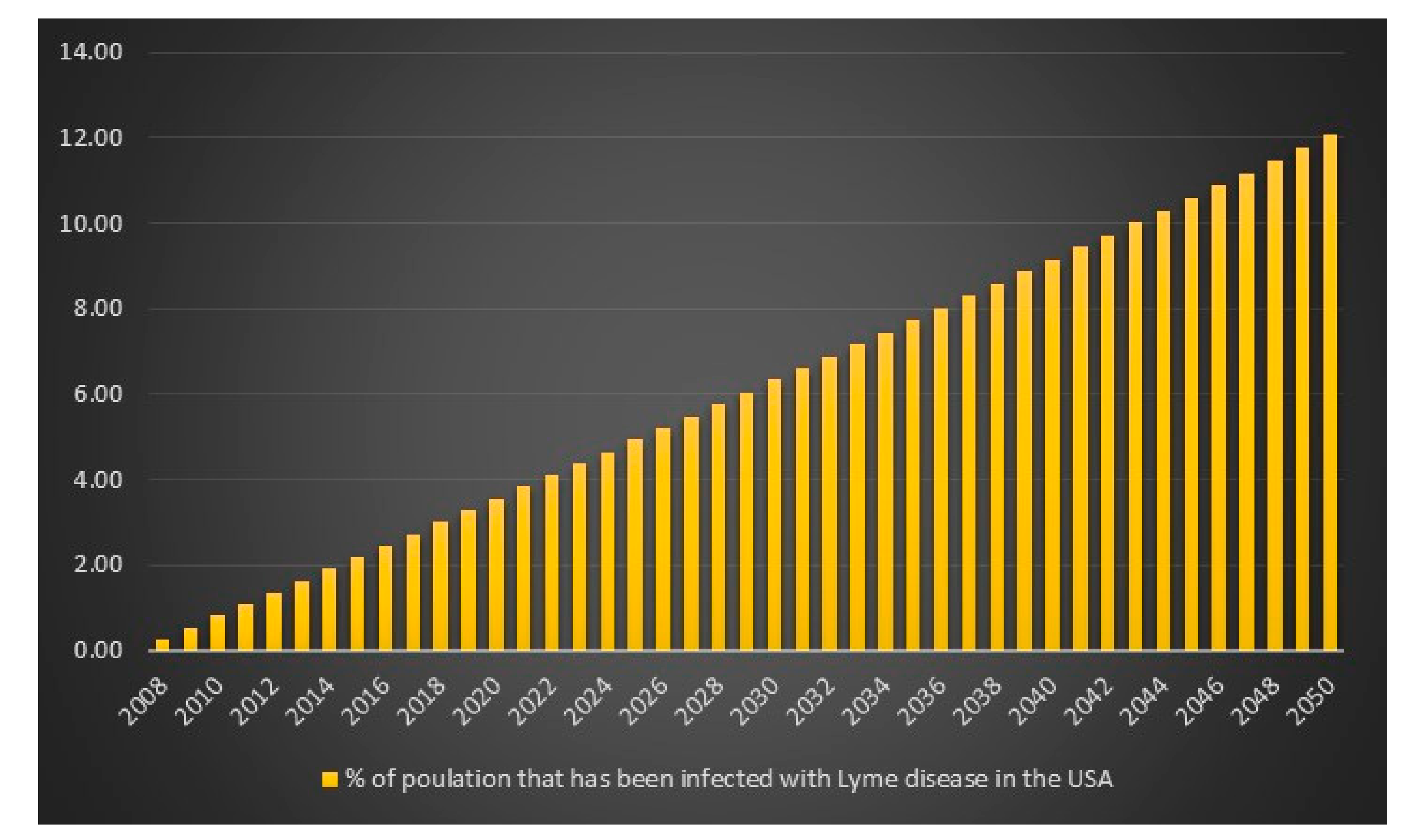 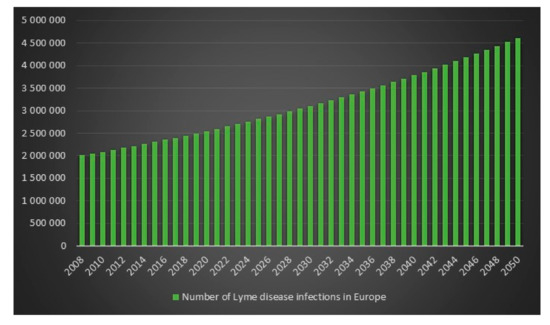 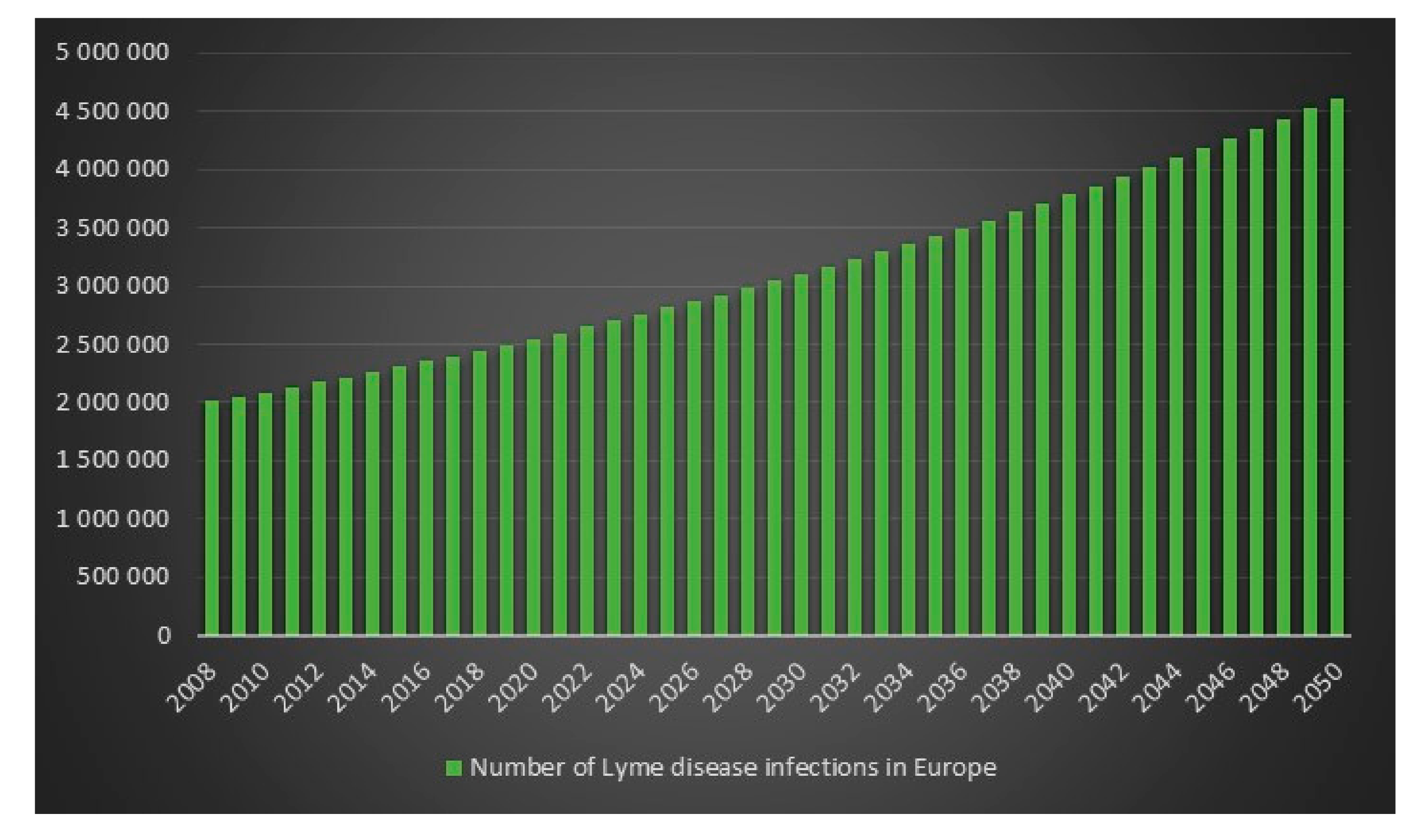 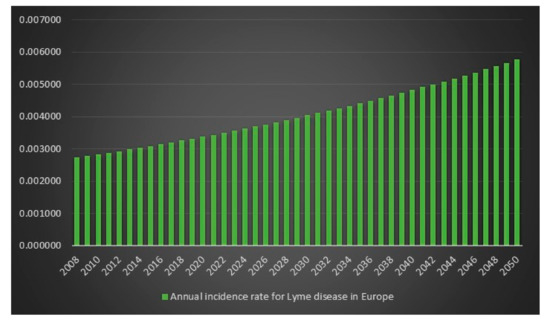 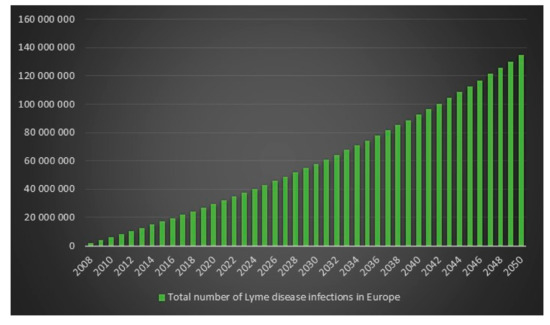 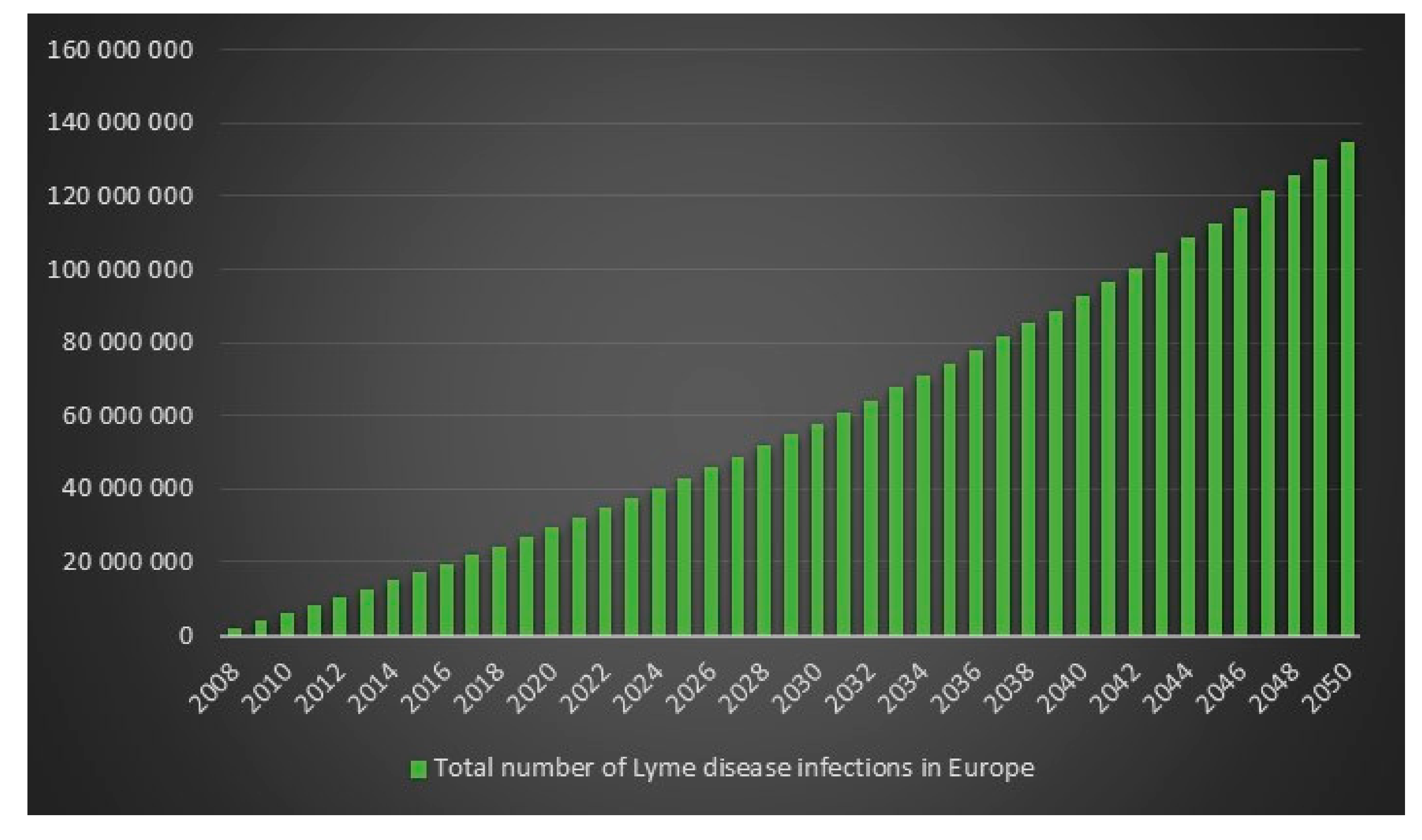 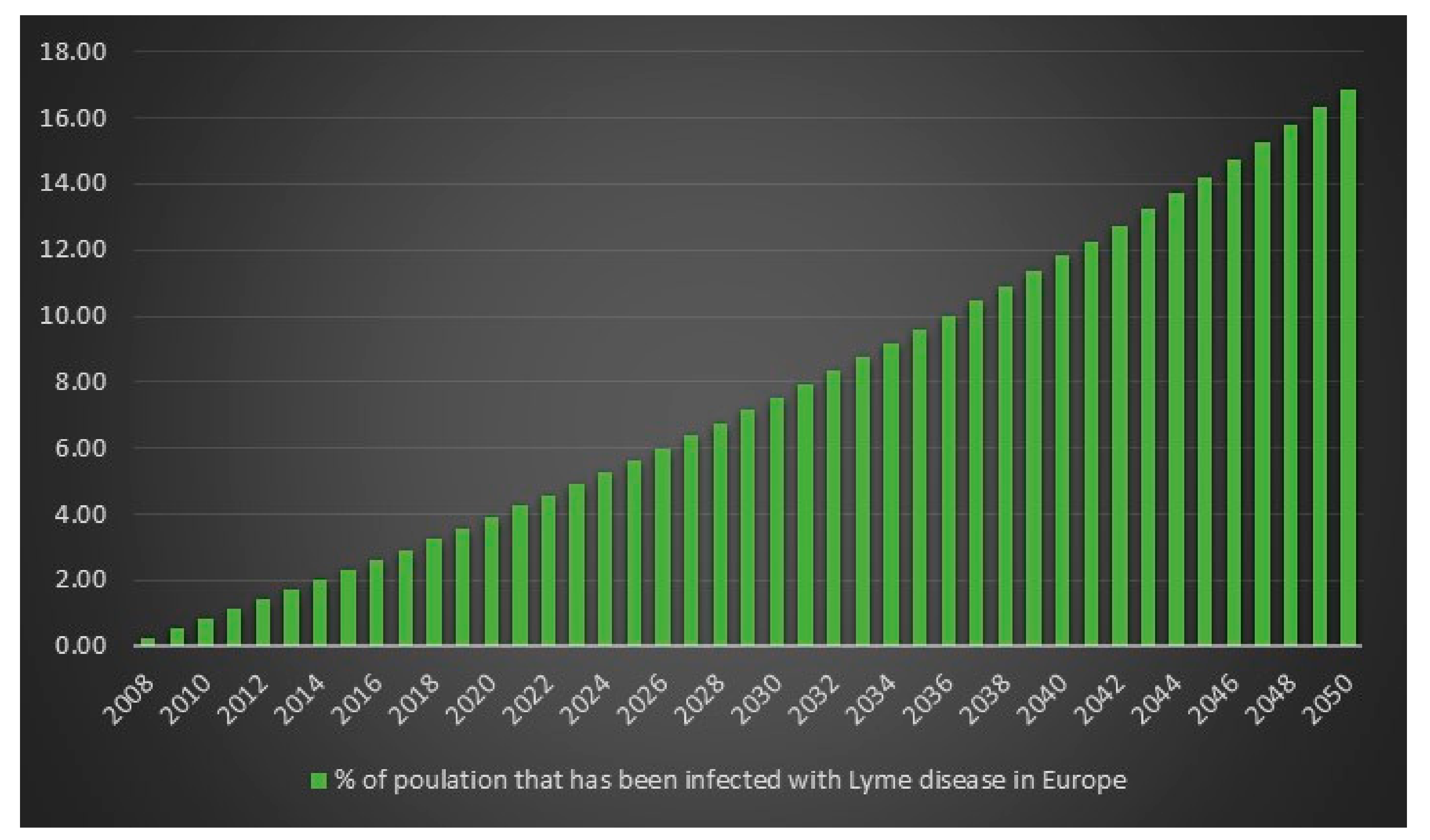 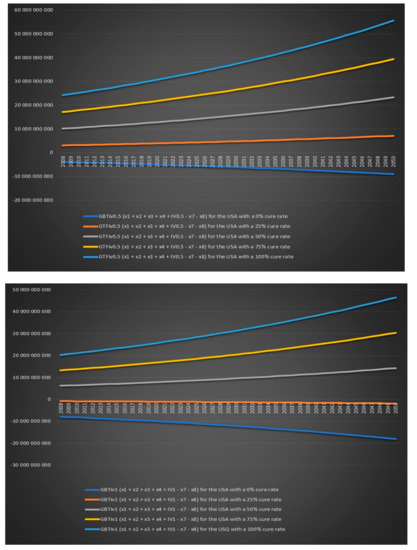 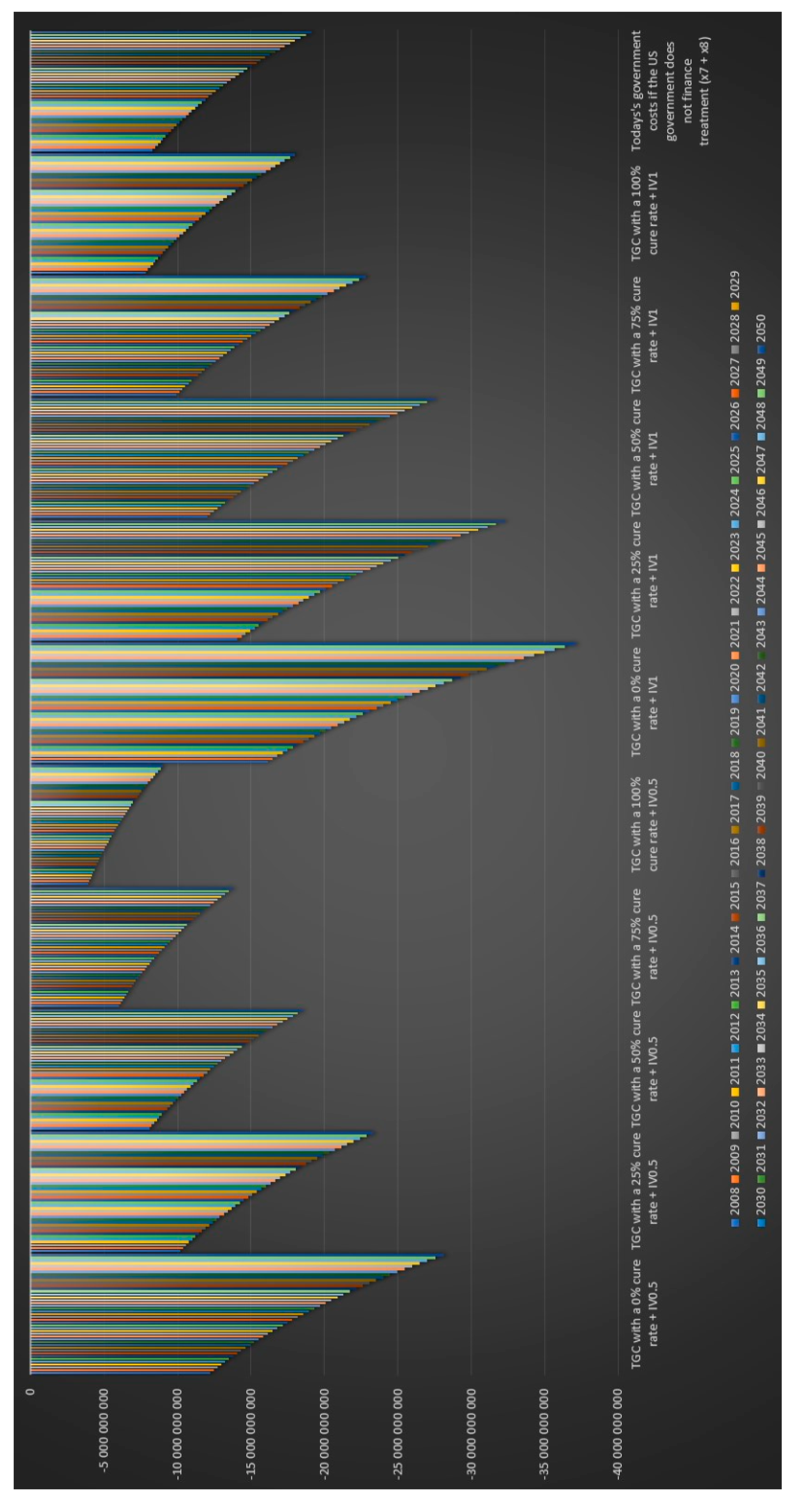 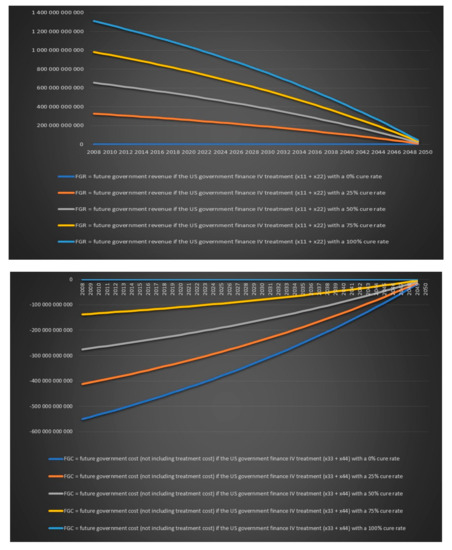 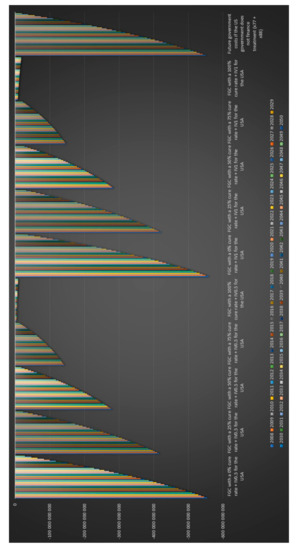 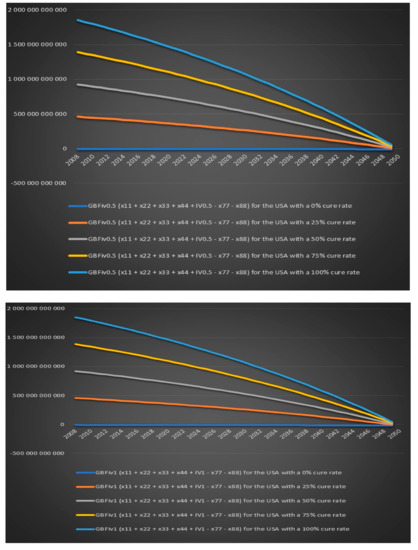 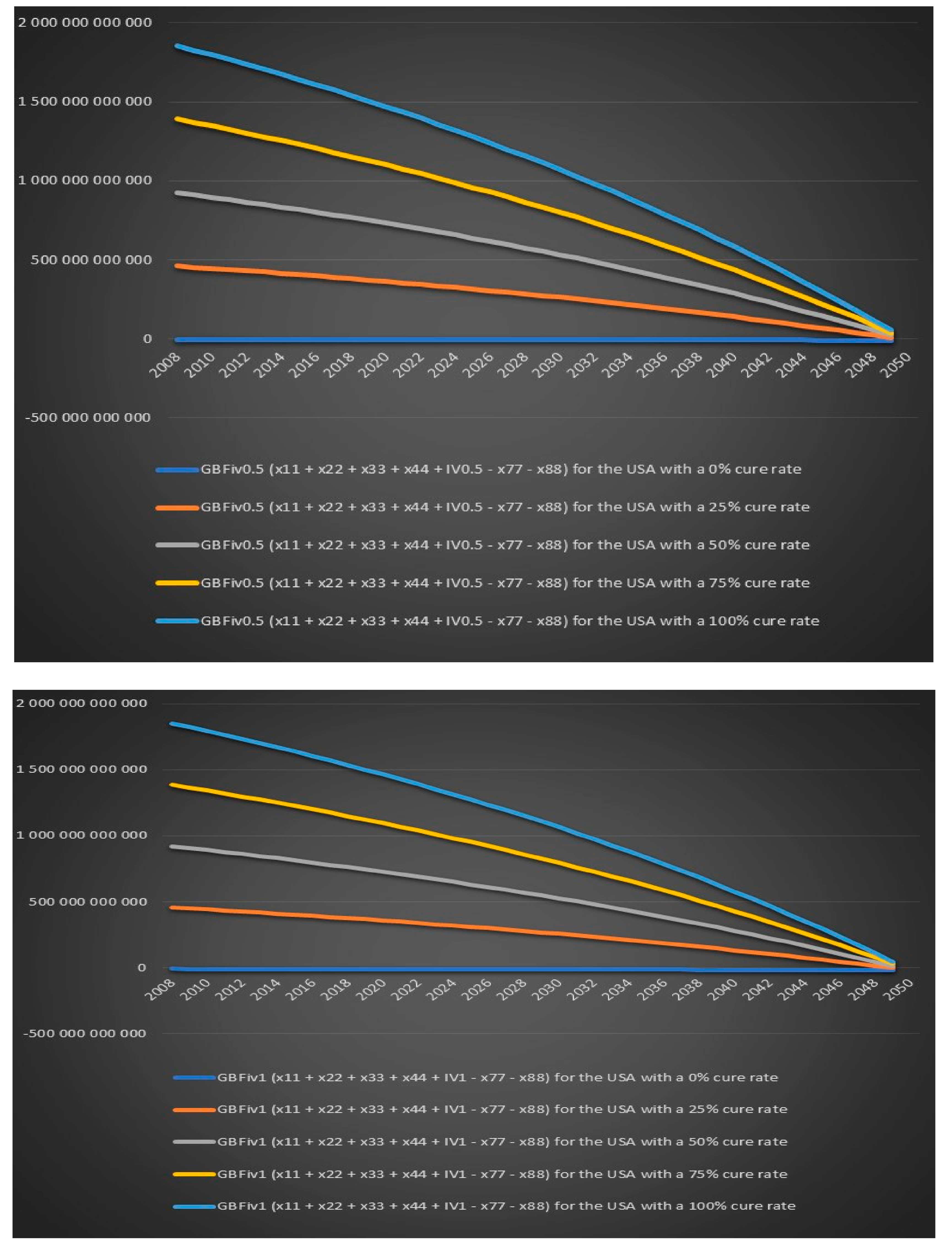 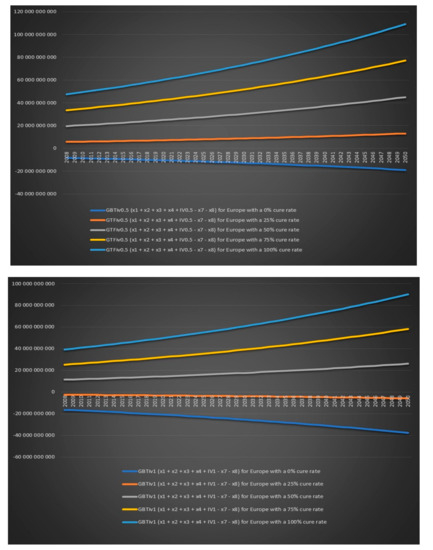 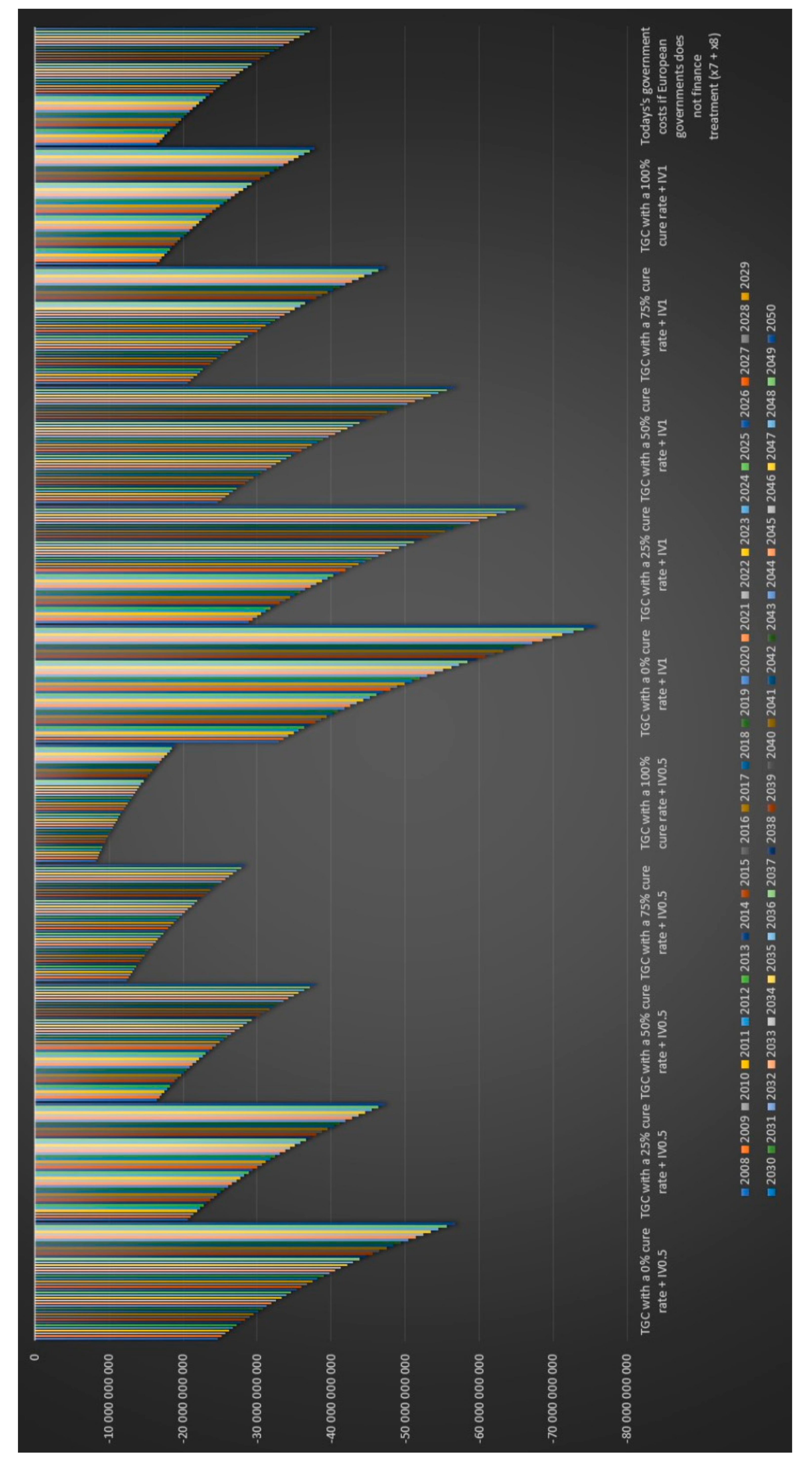 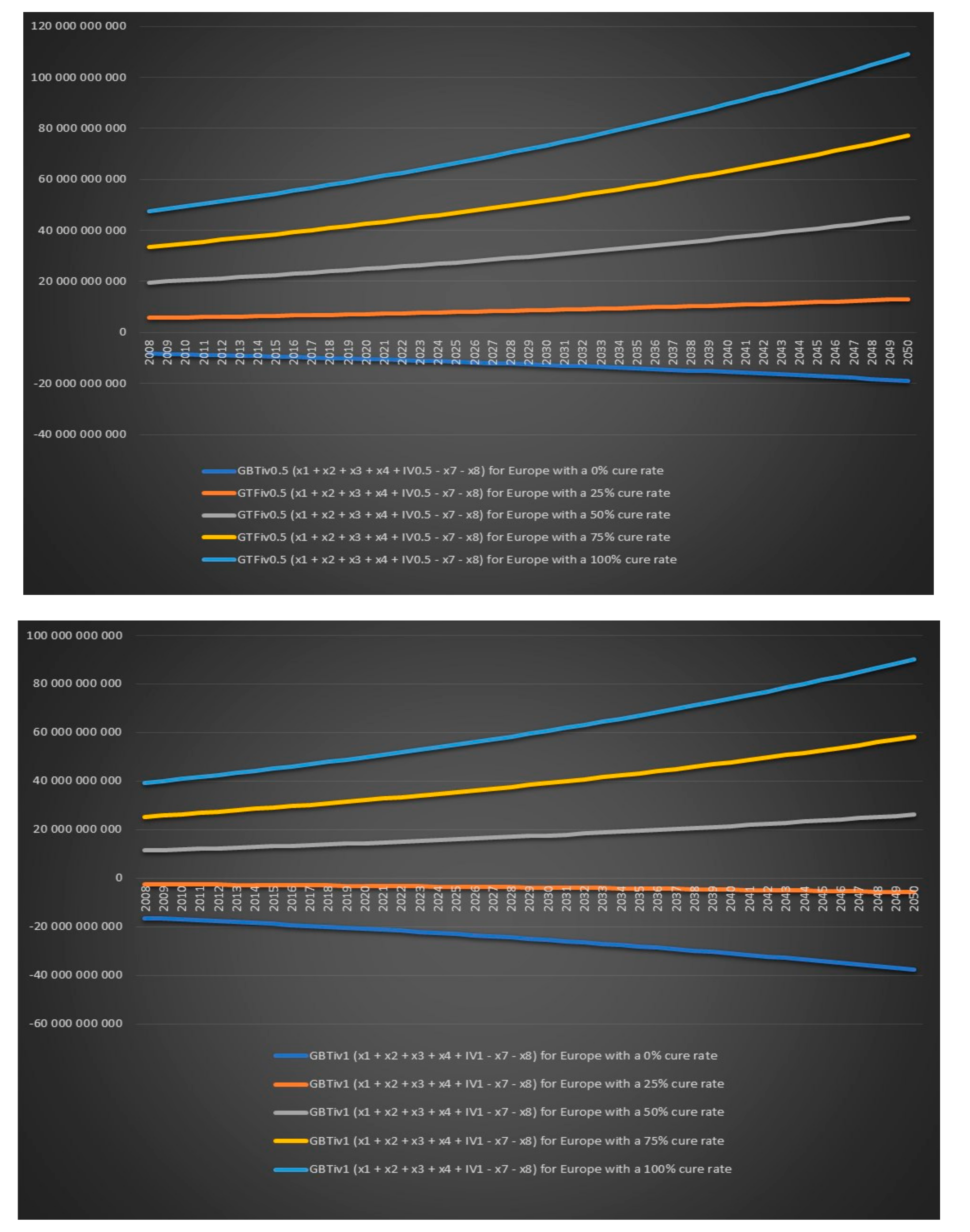 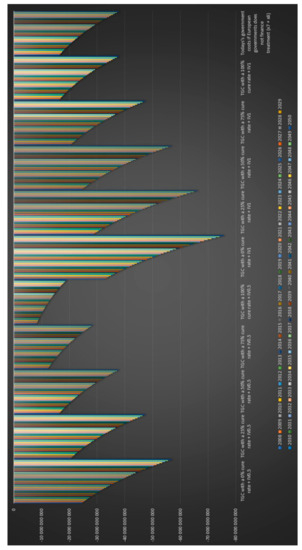 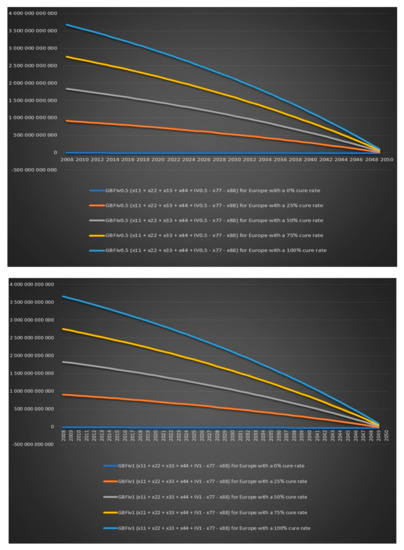 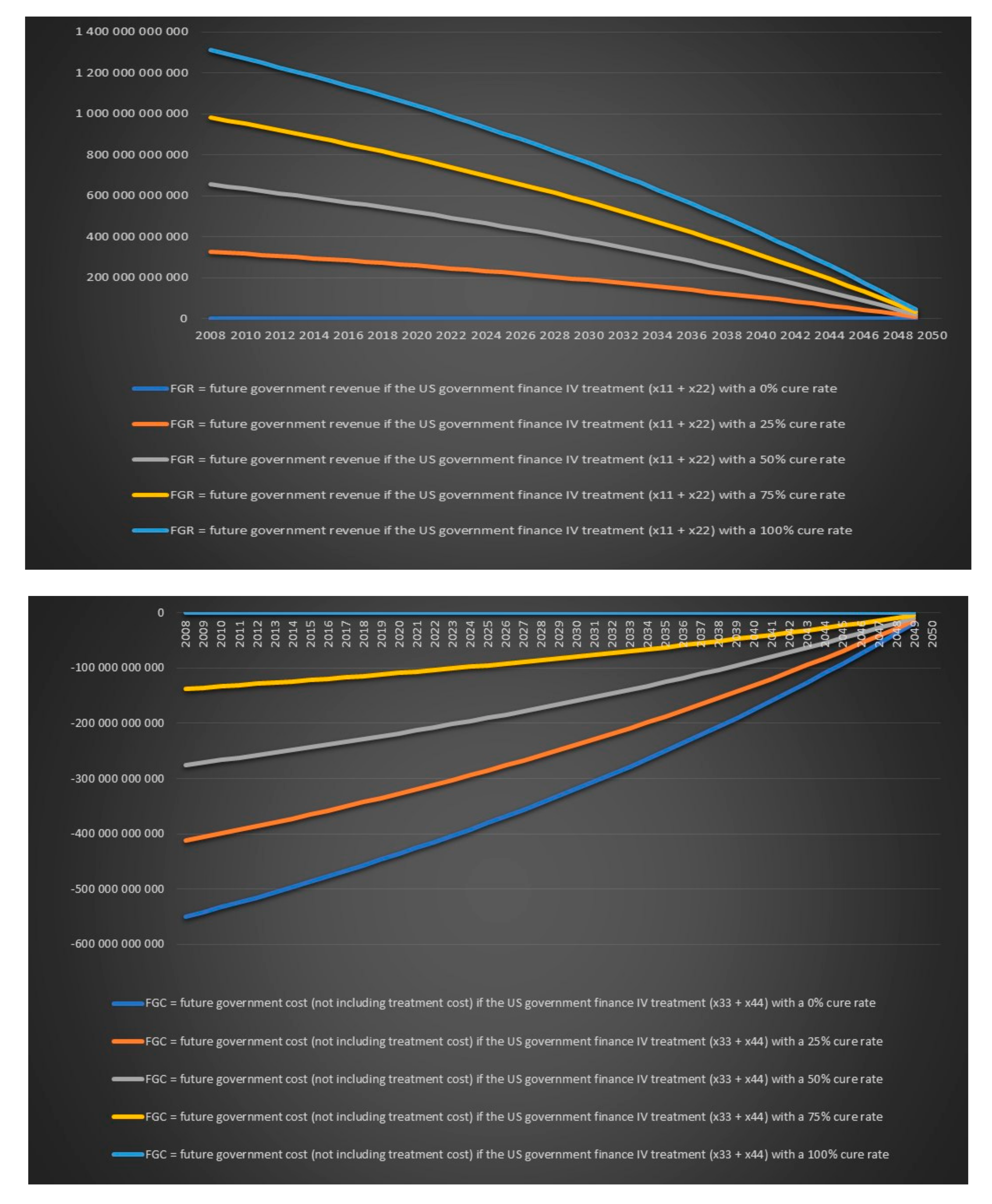 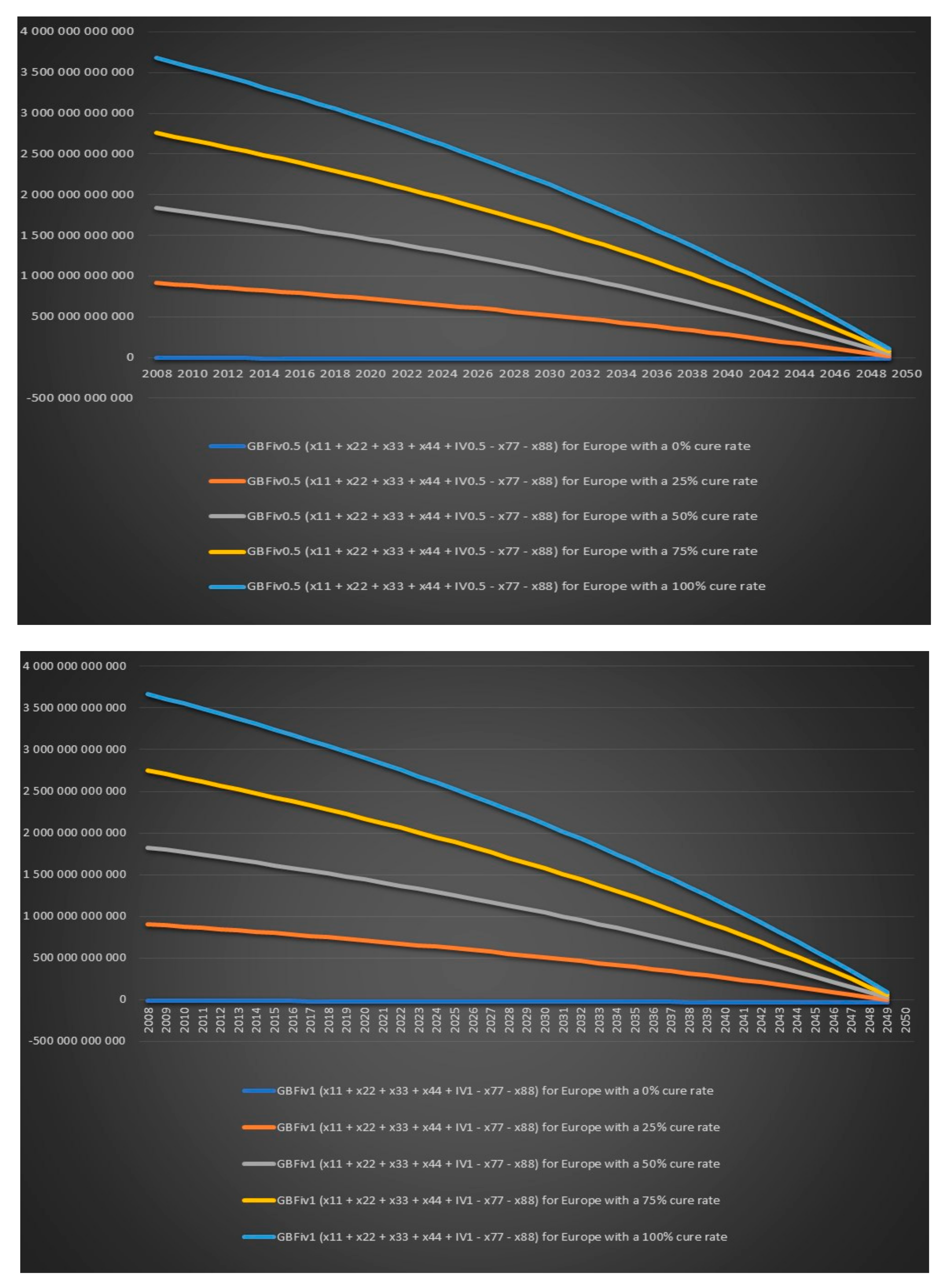