Current advances in computational modelling and simulation have led to the inclusion of computer scientists as partners in the process of engineering of new nanomaterials and nanodevices. This trend is now, more than ever, visible in the field of deoxyribonucleic acid (DNA)-based nanotechnology, as DNA’s intrinsic principle of self-assembly has been proven to be highly algorithmic and programmable. As a raw material, DNA is a rather unremarkable fabric. However, as a way to achieve patterns, dynamic behavior, or nano-shape reconstruction, DNA has been proven to be one of the most functional nanomaterials. It would thus be of great potential to pair up DNA’s highly functional assembly characteristics with the mechanic properties of other well-known bio-nanomaterials, such as graphene, cellulos, or fibroin. In the current study, we perform projections regarding the structural properties of a fibril mesh (or filter) for which assembly would be guided by the controlled aggregation of DNA scaffold subunits. The formation of such a 2D fibril mesh structure is ensured by the mechanistic assembly properties borrowed from the DNA assembly apparatus. For generating inexpensive pre-experimental assessments regarding the efficiency of various assembly strategies, we introduced in this study a computational model for the simulation of fibril mesh assembly dynamical systems. Our approach was based on providing solutions towards two main circumstances. First, we created a functional computational model that is restrictive enough to be able to numerically simulate the controlled aggregation of up to 1000s of elementary fibril elements yet rich enough to provide actionable insides on the structural characteristics for the generated assembly. Second, we used the provided numerical model in order to generate projections regarding effective ways of manipulating one of the the key structural properties of such generated filters, namely the average size of the openings (gaps) within these meshes, also known as the filter’s aperture. This work is a continuation of Amarioarei et al., 2018, where a preliminary version of this research was discussed. View Full-Text
Keywords: DNA nanotechnology; DNA-guided assembly; self-assembly system; computational modeling; numerical simulations; structure prediction DNA nanotechnology; DNA-guided assembly; self-assembly system; computational modeling; numerical simulations; structure prediction
►▼ Show Figures 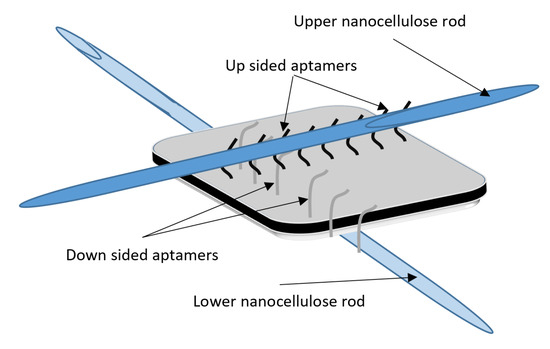