:
The steepest descent (or ascent) algorithm is one of the most widely used algorithms in Science, Technology, Engineering, and Mathematics (STEM). However, this powerful mathematical tool is neither taught nor even mentioned in K12 education. We study whether it is feasible for elementary school students to learn this algorithm, while also aligning with the standard school curriculum. We also look at whether it can be used to create enriching activities connected to children’s real-life experiences, thus enhancing the integration of STEM and fostering Computational Thinking. To address these questions, we conducted an empirical study in two phases. In the first phase, we tested the feasibility with teachers. In a face-to-face professional development workshop with 457 mathematics teachers actively participating using an online platform, we found that after a 10-min introduction they could successfully apply the algorithm and use it in a couple of models. They were also able to complete two complex and novel tasks: selecting models and adjusting the parameters of a model that uses the steepest descent algorithm. In a second phase, we tested the feasibility with 90 fourth graders from 3 low Socioeconomic Status (SES) schools. Using the same introduction and posing the same questions, we found that they were able to understand the algorithm and successfully complete the tasks on the online platform. Additionally, we found that close to 75% of the students completed the two complex modeling tasks and performed similarly to the teachers.
Keywords:
elementary mathematics; STEM; mathematical modeling; computational thinking; steepest descent algorithm

The face-to-face seminar attracted almost nine hundred teachers. Most of them also attended the mathematical modeling workshop. The workshop was well evaluated by the teachers. A total of 130 teachers answered a written survey. The average satisfaction of the teachers was 5.7 on a scale of 1 to 7, where 1 is completely dissatisfied and 7 is completely satisfied. They appreciated the modeling exercises for different grade levels and with practical examples. They also valued the association of mathematics with experiences and areas that they had never thought could be related to mathematics. However, the biggest concerns were how to evaluate this new modeling skill.
Not all of the teachers brought a device that could connect to internet and the ConectaIdeas platform. We received responses from 457 teachers: 175 male and 282 female teachers. Virtually all of the teachers who answered at least one item went on to complete all four (Table 1). However, there may have been teachers who had suitable devices but chose not to respond. The data is in Supplementary Materials.
In the case of students, we contacted eight schools that satisfied three conditions: (a) School must be classified as a low socioeconomic status school according to the official classification of the Ministry of Education. (b) School must be located within the metropolitan region. (c) At least one teacher of the school had attended the seminar. Five schools agreed to participate in the coming month. The first three schools that had available a computer lab were selected. A total of 90 fourth-grade students participated (51 boys and 39 girls). The majority of students answered all of the items, with the exception of Item 1 (Table 1). Only 42.2% of the students answered Item 1. However, 95.6% of the students answered Item 2, which is very similar to Item 1 and has the same level of difficulty. Item 1 was a basic item used mainly to check understanding and how to use the platform.
The teachers and students’ performance was well above chance (Table 2). The first two scores (computed as the percentage of correct answers) are well above random selection. For Item 1, each of the three questions has many possible answers. Even if only empty neighboring cells are considered, there are eight options for the first move alone. Therefore, the probability of randomly choosing the correct option is just 1/8. This is followed by the second move, where the probability of randomly choosing the correct option is again 1/8. The probability of randomly getting the 2 moves right is (1/8)2. With three movements, the probability decreases to (1/8)3. The probability of randomly getting all three questions right in 3 moves each is (1/8)3(1/8)3(1/8)3 = 0.000000008. This means that choosing neighboring cells at random gives an expected score of 0.0000008 points. The real expected score is even lower since some trajectories are longer than 3 moves. Thus, in practical terms, the probability of answering correctly by chance is zero. Similarly, for Item 2 the expected score is 0.19 points when choosing at random. For Item 3, selection by chance gives 50 points. This means that the teachers and students in our study scored above chance with a 95% confidence level. The closest to chance is Item 3. However, the scores minus the Confidence Interval (CI) width do not hit the chance score. Therefore, the score is above chance with a 95% confidence level. Interestingly, the students performed significantly better than the teachers on Item 3 (Figure 7). This is indeed the only item where students did better than teachers. However, we have to consider a critical fact: that only 76.7% of the students answered this item, compared with 98.9% of the teachers. Item 4 has 5 options. Therefore, the expected score is 20 points when choosing at random.
The response times for the teachers was almost twice that of the students (Table 3). This is because the teacher data includes a number of very long response times. Some teachers opened the question during the workshop and answered them once the workshop had finished. In the case of the students, they all responded during the session. Item 1 takes a longer time to answer because it has three questions, each of them requiring a separate trajectory. Item 3 and 4 take less time to answer because they do not require a trajectory.

We conducted an experience with 475 teachers and then repeated exactly the same experience with 90 fourth-grade students. In both cases, the users answered 4 items containing a total of 7 questions. We found that in both cases there is an understanding of the models and the algorithm. Furthermore, on two completely new items for teachers and students, we found empirical evidence that suggests they were able to generalize and gain insight. This is a particularly encouraging finding that answers the first research question. It suggests that these powerful STEM concepts and tools can be easily introduced into the school system. In other words, despite the potential difficulties foreseen by the evolutionary trap, students can quickly understand this algorithm in navigation problems. One possible explanation is that the navigation problem that organisms solve by using local information from their environment to move to where there are more nutrients or intensity of nutrient odors is, ultimately, a basic foraging problem that all animals and our ancestors have repeatedly solved for survival. In this sense, the steepest descent (or ascent) algorithm is equivalent to a navigation rule for which our brain is very well adapted.
Additionally, to answer the second research question, we introduced this algorithm in activities that mathematically model real-life situations that are of great interest to fourth graders. These are activities that promote the integration of STEM; in this case mathematics and biology. Students can do similar examples integrating mathematics with other sciences and engineering. Moreover, the steepest descent algorithm is a powerful example of Computational Thinking. It is a way of thinking and modeling the world with an important impact on a great variety of problems. It is also at the core of two pillars of Computational Thinking: Machine Learning and Computational Modeling [14,15]. Moreover, we have introduced agent-based that moves in a spatial domain. These are really very ancient types of models: “Board games are a singular human construct, and were common feature on the early Egyptian dynasties (3000 B.C. and earlier) [37] (p. 22). As [37] highlights board games are very important to model the world: “Board games are not usually accorded the same primacy as numbers, but to my mind they are an equally important cornerstone in the scientific endeavor. In particular, I think board games, as well as numbers, mark a watershed in human perception of the world” [37] (p. 202).
We can therefore conclude that introducing the steepest descent (or ascent) algorithm is both feasible in elementary education and attractive to students, while also allowing greater integration in STEM and successfully promoting Computational Thinking.

This work was supported by the Chilean National Agency for Research and Development (ANID), grant number ANID/PIA/Basal Funds for Centers of Excellence FB0003.

Ethical review and approval were waived for this study, due to it being a class session during school time. The activity was revised and authorized by the respective teachers.

Student consent was waived due to authorization from teachers. Given that there are no patients but only students in a normal session in their schools, within school hours, and using a platform that records their responses anonymously, the teachers authorized the use of anonymized information.

The data set that supports findings is shared in this link.

Support from ANID/PIA/Basal Funds for Centers of Excellence FB0003 is gratefully acknowledged.

The author declares no conflict of interest. The funder had no role in the design of the study; in the collection, analyses, or interpretation of data; in the writing of the manuscript; or in the decision to publish the results. 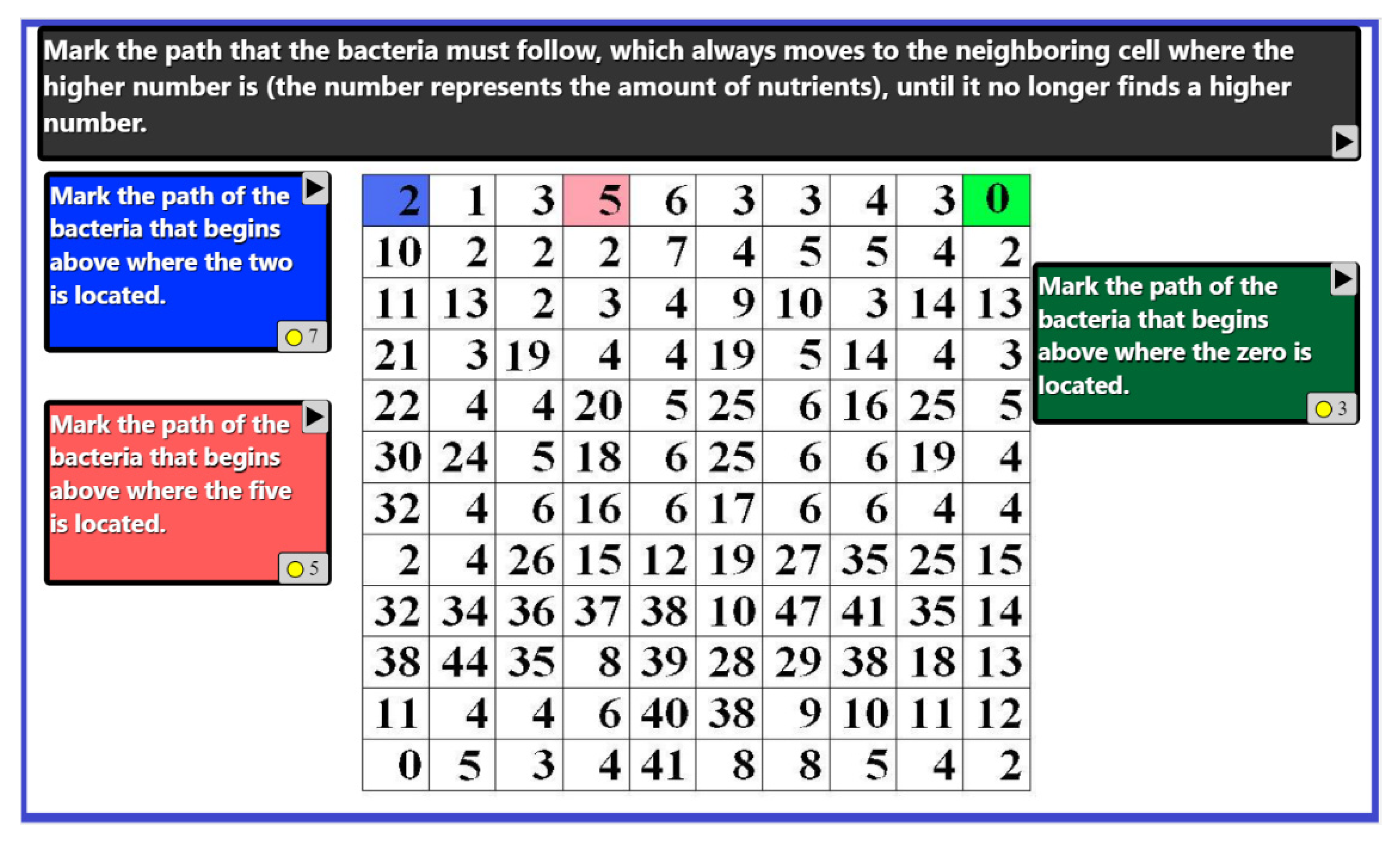 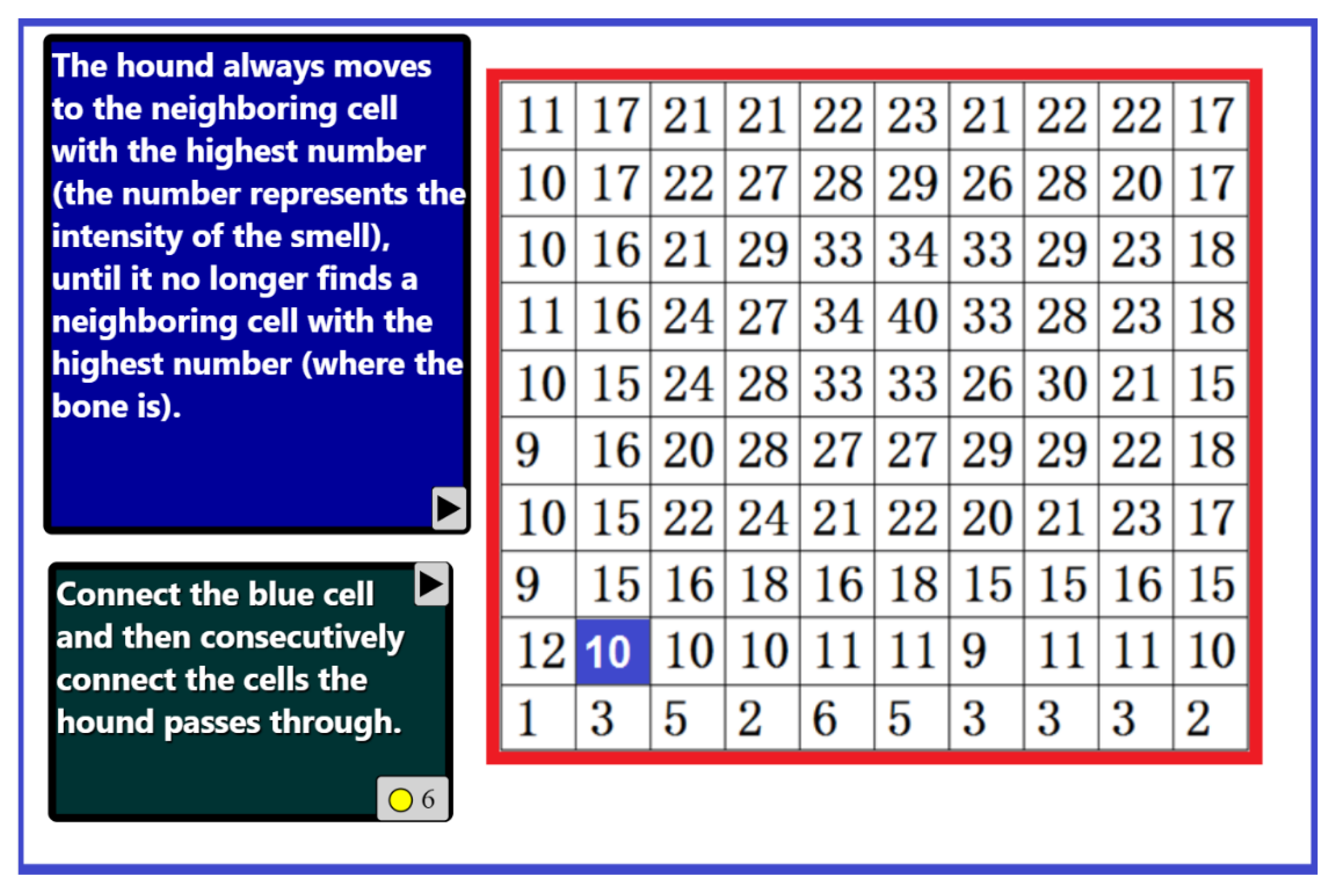 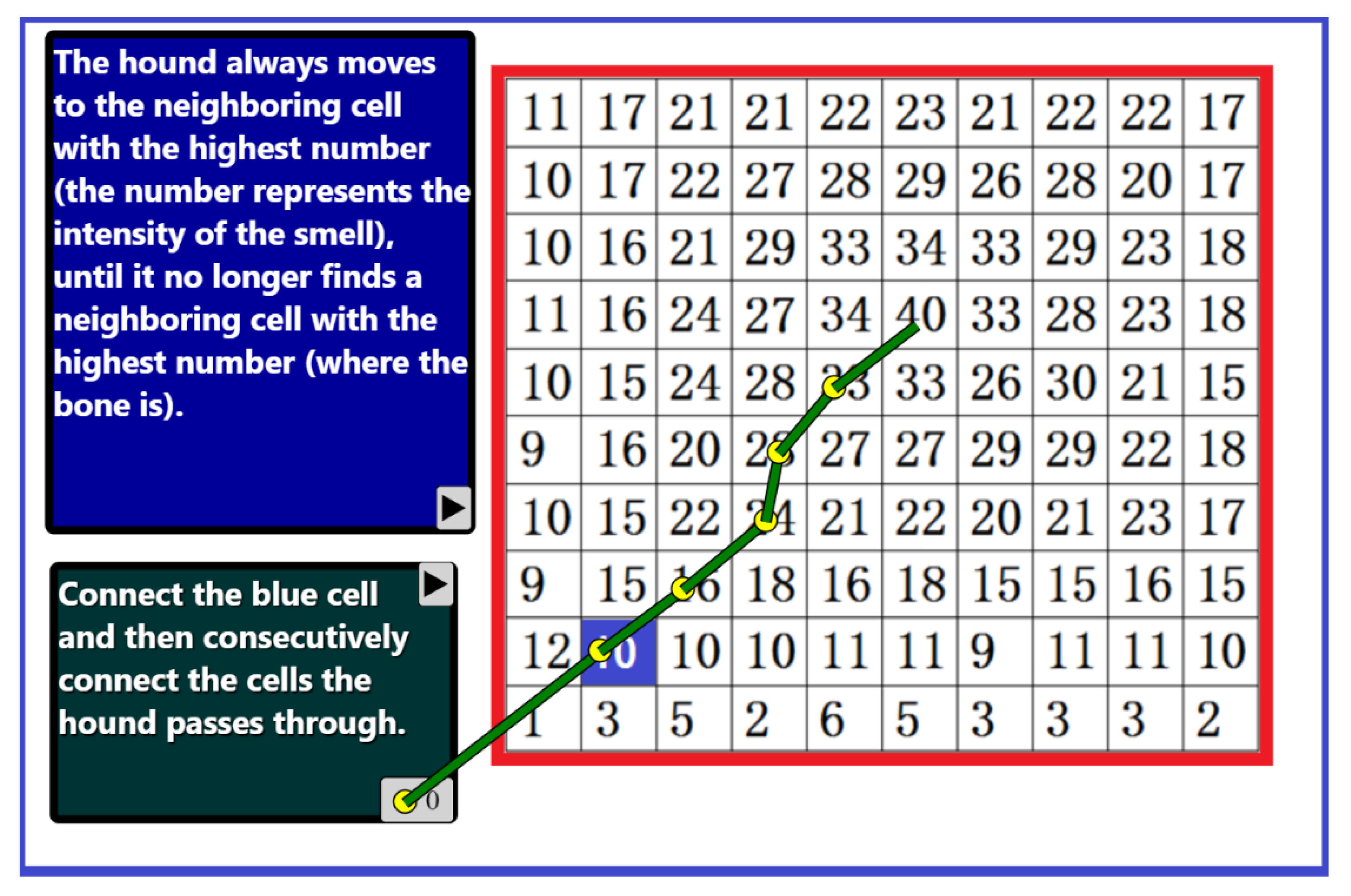 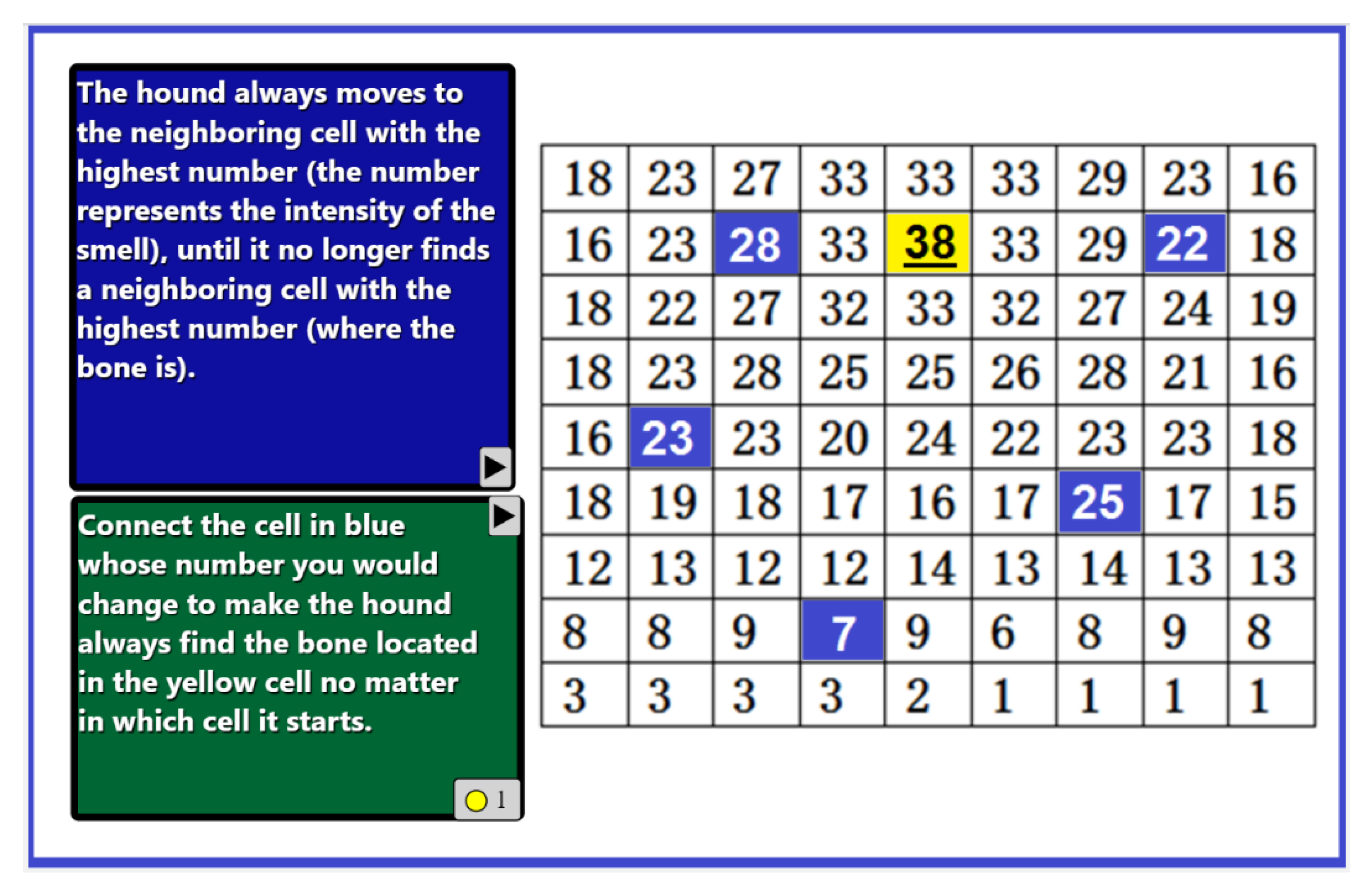