In this section, we introduce the proposed near-duplicate image detection approach in detail. Figure 1 shows the framework of the proposed approach. As shown in Figure 1, the proposed approach consists of two main components, which are the coarse matching stage and the fine matching stage, respectively.
We first generate convolutional feature maps (CFMs) by feeding images into a pre-trained CNN model. Then, in Section 3.2, we extract global features from each image using sum-pooling operation and then match these features between images to obtain the candidate images of a given query from an image database. Finally, in Section 3.3, local CNN features of the query image and candidate images are extracted and then matched to further detect the near-duplicate versions of the query. The details are given below.

We will encounter the problem of high computational complexity if the local CNN features are directly extracted and matched between images to detect near-duplicate images from an image database, which usually consists of thousands of images. Due to the high efficiency of global feature extraction and matching, we first extract and match global features to implement a coarse feature matching to efficiently filter most irrelevant images of a given query.

3.2.1. The Extraction of Global CNN Feature

According to [29], the global CNN features generated by sum-pooling of CFMs performs not only better than traditional hand-crafted features, but also better than those generated by max-pooling of CFMs. Thus, we adopt sum-pooling operation on the CFMs to extract the global features.
For a given image , we feed it into the pretrained AlexNet model and collect the output of the fifth convolutional layer to form a set of CFMs, denoted as , where and . For each CFM, i.e., , its size and activations are denoted as W × H and , respectively. Subsequently, we use Equation (1) to extract global features by sum-pooling operation:
After this, we concatenate all of these feature values to obtain a 256-dimensional feature vector , and normalize the feature vector as .

For a given query image and a database image , we can obtain two corresponding normalized feature vectors and by the above feature extraction process. Then, we employ Equation (2) to compute the inner product of the two feature vectors to measure the global similarity between the two images.
After computing the similarity, we sort all similarity values in descending order , where and means the number of database images. In our method, we only keep detected images of the query as its candidate images, and remove the others.

Due to the weak robustness of global CNN features, the detection accuracy of the coarse matching stage is limited. Therefore, in the fine matching stage, we extract and match local features between images to further increase the detection accuracy. It is worth noting that, since only a small number of candidate images need to be verified to confirm whether they are the near-duplicate versions of the query, the efficiency of the fine matching is relatively high.

In this section, we first introduce the public datasets and the evaluation criteria used in our method. Second, for the three parameters of our method, i.e., the cropping ratio between areas of cropped CFMs and original CFMs, the maximum number of regions , and the side length of regions , we determine the parameter settings to achieve the optimal performance of our proposed method. Third, we measure the detection performance of the proposed method and compare it with those of its two versions, which separately use global CNN features or local CNN features, as well as the state-of-the-art features.

In this experiment, we adopt three near-duplicate image detection datasets, i.e., the Oxford5k dataset [54], the Holidays dataset [55], and the Paris6k dataset [56]. The Oxford5k dataset consists of 5062 pictures of Oxford buildings collected from the Flickr website. These images have been manually labeled as one of 11 different landmarks, each of which contains five query images. The Holidays dataset contains a total of 1491 pictures, which are divided into 500 groups. Each group of images contains a specific object or scene captured by different viewpoints. The first image of each group is used as the query image. The Paris6k dataset is composed of 6412 pictures of Paris buildings from the Flickr website. There are 500 query images in total. The above three public datasets are used to test the detection performance of different methods. We use the mAP value, which represents the average detection accuracy at different recall rates, to measure the detection accuracy. In addition, we adopt the average query time to test the detection efficiency.

In the experiments, we also test the performances of our method when using different kinds of pre-trained networks to observe their impacts on our method. We chose four famous convolutional neural networks including AlexNet [25], VGG16 [57], VGG19 [57], and ResNet-18 [58] to implement the test, where the last convolutional layers, or ReLu layers, of these networks are adopted. Table 1 shows the mAP values and time costs of our method when using different pre-trained CNNs on Oxford5k dataset.
In Table 1, it is clearly observed that the detection accuracy when using Vgg16, Vgg19, and ResNet-18 is slightly higher than that when using AlexNet. However, AlexNet leads to much higher time efficiency than the other networks, due to the fewer feature maps needed to be processed for feature extraction. Thus, to find a good trade-off between accuracy and efficiency, we chose AlexNet in our method.

We presented a coarse-to-fine feature matching scheme using both global feature and local feature for near-duplicate image detection. By exploiting the advantages of both global and local CNN features, the proposed method can achieve real-time and accurate near-duplicate image detection. In the coarse matching stage, we extract global features to quickly filter most of the irrelevant images. In the following fine matching stage, we detect CFMs and use the saliency map to extract and match the proposed local CNN features to obtain the final detection results. The experimental results show our method achieves desirable performances in both accuracy and efficiency, which makes it appealing for practical applications of content-based image detection/retrieval tasks.
In our method, we directly use the pre-trained CNNs for near-duplicate image detection, but these CNNs are originally designed for image classification. Thus, it might be more effective to adopt the transfer learning methods to generate a fine-tuned CNN model for near-duplicate image detection. Additionally, the saliency map is generated by an unsupervised method to locate potential object regions for local feature extraction. In future work, we will study the supervised object recognition methods to accurately locate the object regions for local feature extraction to further improve the detection performance. 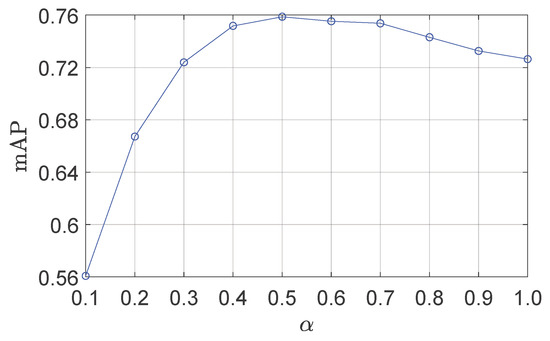 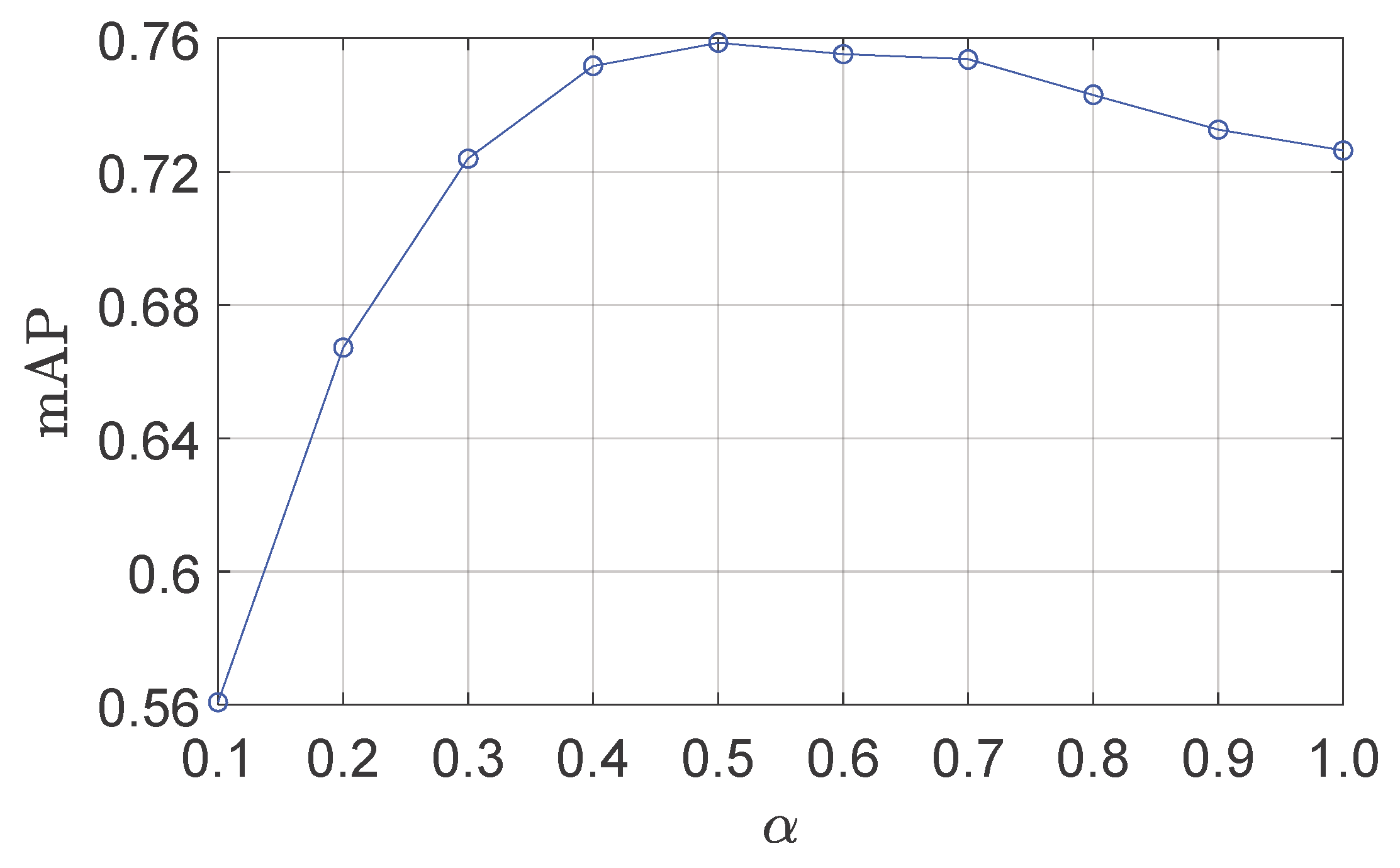 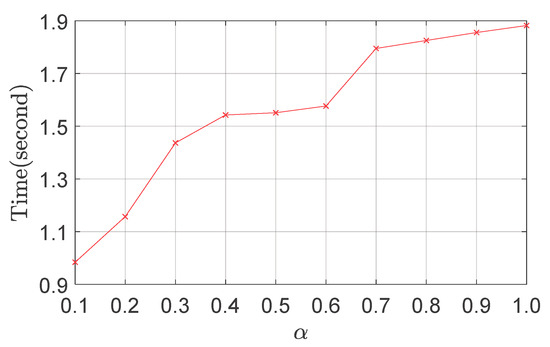 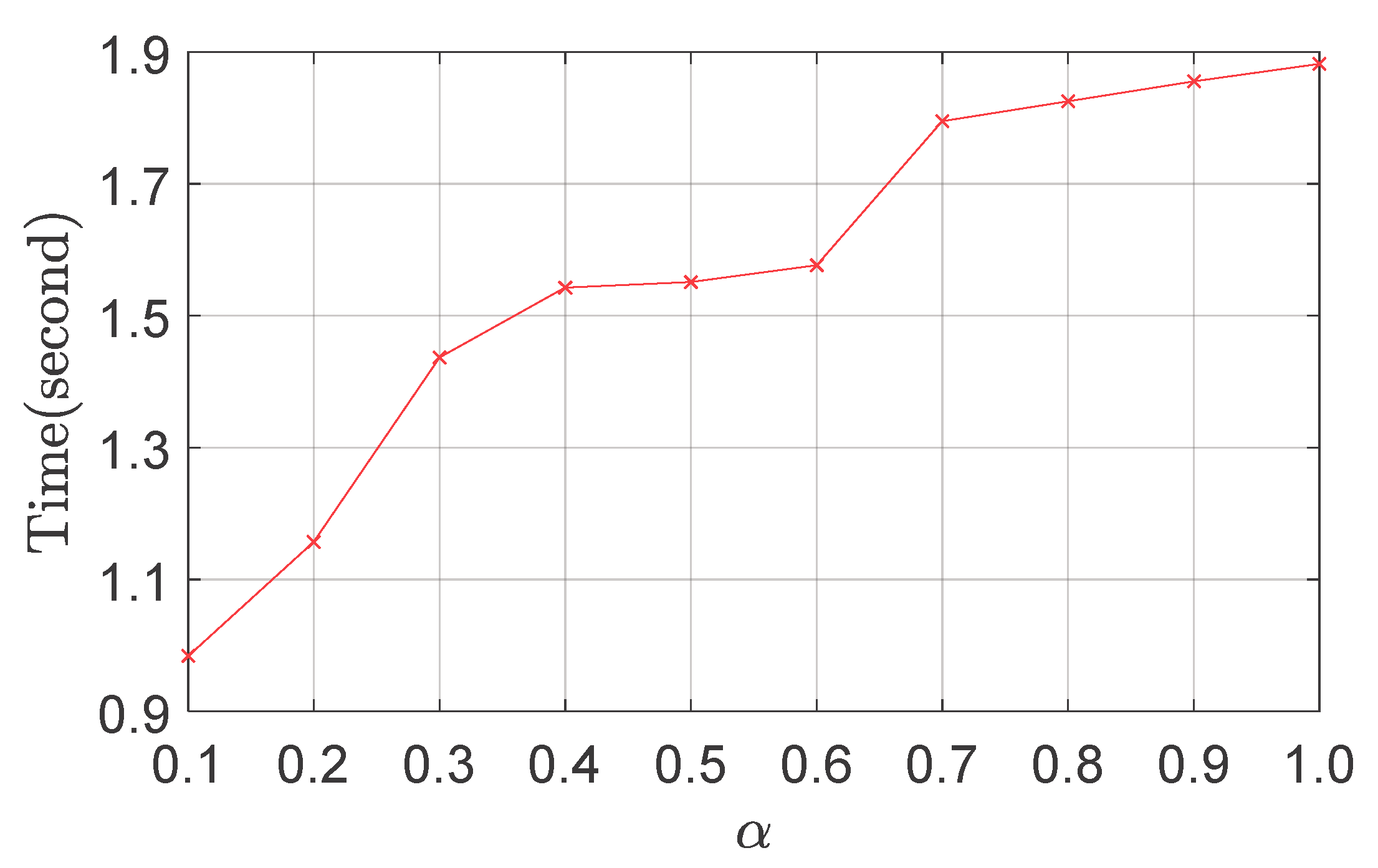 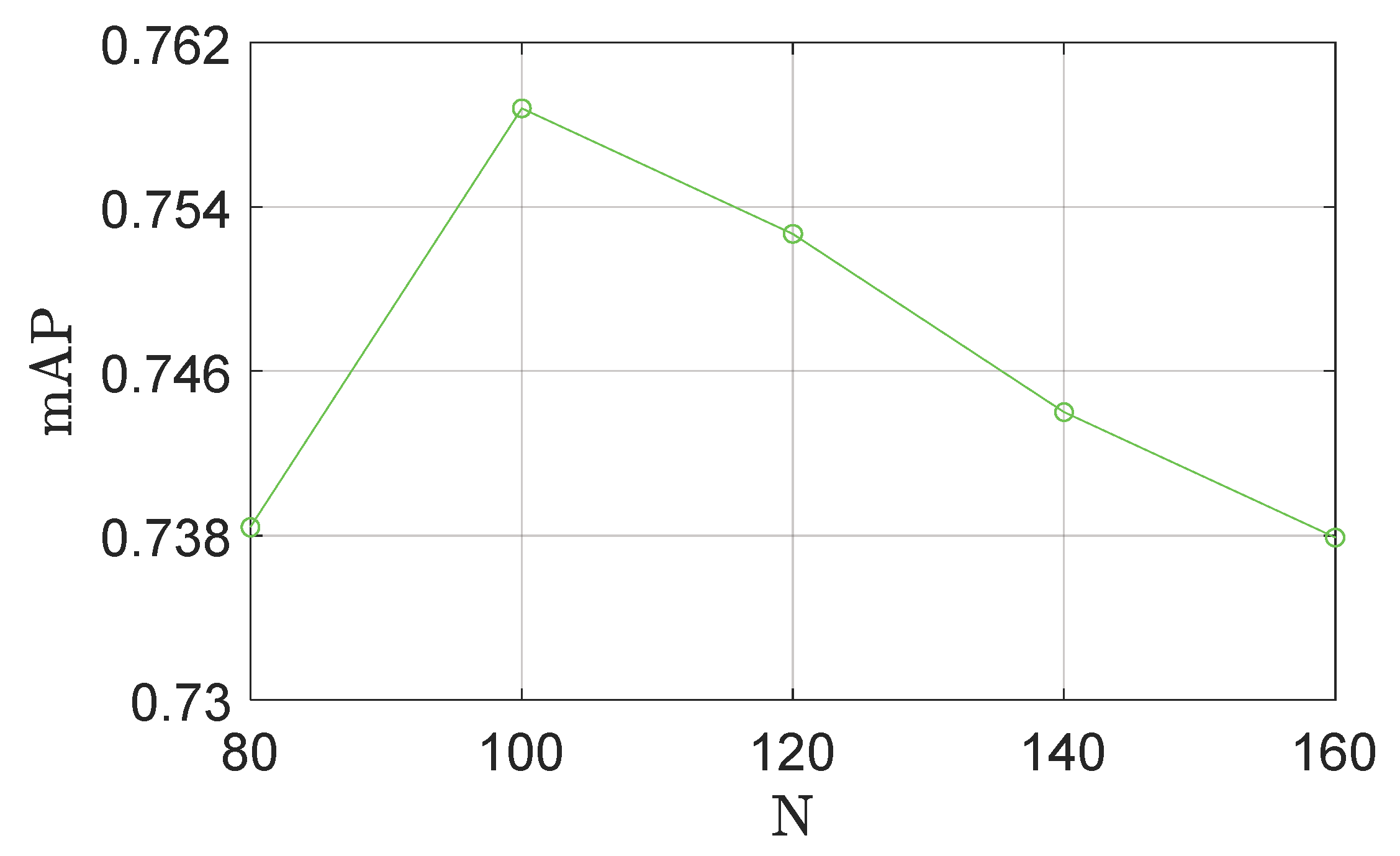 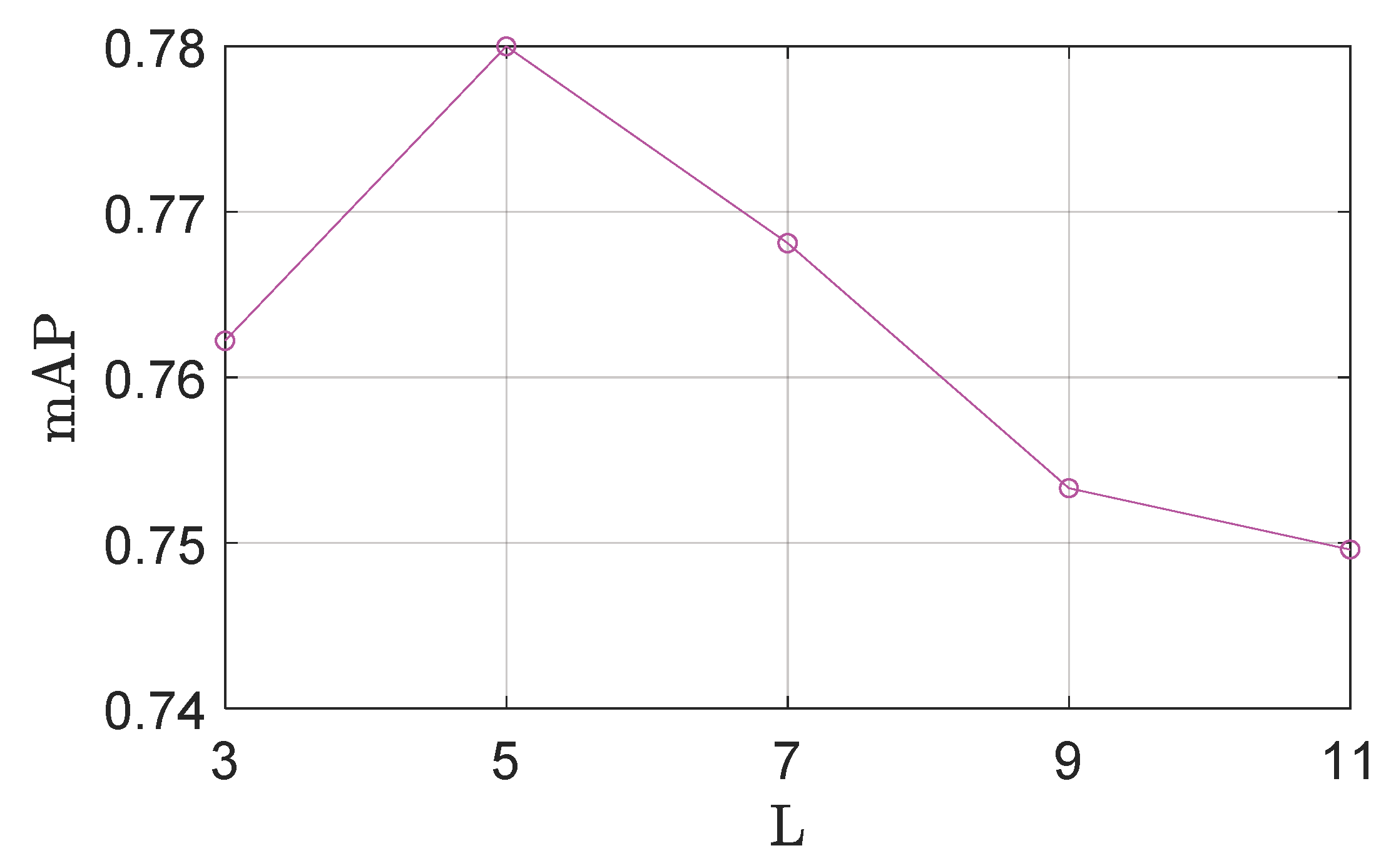 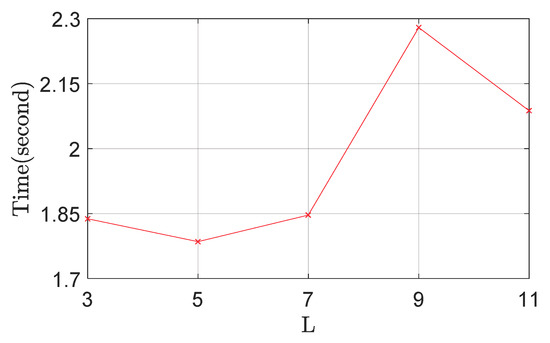