The Exact Solution of the Falling Body Problem in Three-Dimensions: Comparative Study
Next Article in Special Issue

There are two major trends in the development of fuzzy multiple-criteria decision-making methods. One is to fuzzify an existing crisp multiple-criteria decision-making method by modelling the evaluation result of an alternative, the weight (or relative priority) of a criterion, and/or the weight (or authority level) of each decision maker with fuzzy numbers. For example, Chen [34] applied FWA to aggregate the performances of a hotel along various dimensions, and then defuzzified the aggregation result using a back propagation network. Similarly, fuzzy multi-attribute utility theory (MAUT) methods were applied to select intervention strategies to restore an aquatic ecosystem contaminated by radionuclides [35], assess intelligent buildings [36], and recommend suitable clinics to patients [37]. Sevkli [38] proposed a fuzzy elimination and choice expressing the reality (ELECTRE) method for supplier selection. For a similar purpose, Sachdeva et al. [39] applied the fuzzy preference ranking organization method for enrichment evaluations (PROMETHEE) technique instead. Fuzzy measuring attractiveness by a categorical-based evaluation technique (MACBETH) methods are another type of fuzzy multiple-criteria decision-making method that has been widely applied [40,41]. The other is to adopt new types of fuzzy numbers. For example, Faizi et al. [42] fuzzified the traditional characteristic objects method (COMET), in which the evaluation results of alternatives were given in hesitant fuzzy sets (HFSs). A similar methodology was proposed by Faizi et al. [43] who adopted normalized interval-valued triangular fuzzy numbers instead. Compared to the previous method [42], their methodology considered the difficulty in specifying the membership function, and therefore was more flexible and practicable.
When multiple decision makers are involved, the decision-making problem becomes a group-based one. However, most past studies assumed that there was an overall consensus among all decision makers, and just averaged decision makers’ judgements before applying a fuzzy multiple-criteria decision-making method, which was problematic because sometimes it was difficult for decision makers to reach an overall consensus [15,16,17,27,31]. In addition, the averaging result may be meaningless to decision makers [44]. To address this issue, the partial consensus among some decision makers can be sought instead [15,16,17]. This study also belongs to this type of research.

3.2. FGM Method for Evaluating the Relative Priorities of Critical Factors

In the proposed methodology, first each decision maker evaluates and compares the relative priorities of critical factors in pairs using the FGM method. The comparison results are expressed in linguistic terms such as “as equal as,” “weakly more important than,” “strongly more important than,” “very strongly more important than,” “absolutely more important than,” etc. A prevalent way is to associate these linguistic terms with triangular fuzzy numbers, as summarized Table 2 [46]. Usually, these triangular fuzzy numbers (TFNs) are within [1,9]. By widening these TFNs, the possibility for decision makers to reach a consensus increases [20]. In addition, restricting these TFNs to be within a narrower range, such as [1,3], elevates the consistency of the pairwise comparison results [7].
Based on the pairwise comparison results, the fuzzy judgment matrix is constructed, in which:
The fuzzy eigenvalue and eigenvector of , indicated with and , respectively, satisfy: and where (−) and (×) denote fuzzy subtraction and multiplication, respectively.
The FGM method [25] is applied to evaluate the relative priority of each critical factor (), as:
The fuzzy maximal eigenvalue can be estimated as:
The consistency of the pairwise comparison results can be evaluated in terms of the critical ratio (CR): where RI is the random consistency index [50]. should be less than 0.1 for a small FAHP problem, or less than 0.3 if the problem size is large or the problem is highly uncertain [51,52].

Application of the Proposed Methodology

A city government in Taiwan was considering adopting suitable intervention strategies to tackle the COVID-19 pandemic in the city. To this end, the following factors were considered critical:
Based on these beliefs, four fuzzy pairwise comparison matrixes were constructed for the decision makers, as shown in Table 4.
Each decision maker applied the FGM method to derive the fuzzy maximal eigenvalue and relative priorities from the corresponding fuzzy pairwise comparison matrix. As a result, the derived fuzzy maximal eigenvalues were:
The corresponding consistency ratios were:
These show certain levels of consistency. In addition, the relative priorities evaluated by the decision makers are summarized in Figure 7.
The overall consensus reached by all the decision makers, represented by the FI results of the relative priorities derived by them, are summarized in Figure 8. Obviously, all the decision makers reached an overall consensus regarding the values of and . However, an overall consensus regarding the value of was lacking, because the FI result was an empty set. As a result, the existing fuzzy group decision making methods assuming the existence of an overall consensus, such as Chen and Lin [32], Lin et al. [22], Gao et al. [33], Samanlioglu and Kaya [7], and Chen [57], were logically not applicable. To solve this problem, a partial consensus among some of the decision makers was sought instead. For this purpose, the PCFI result of the relative priorities was derived.
However, the number of decision makers that reached a partial consensus for each critical factor needed to be determined. To this end, the threshold for the range of the PCFI result, ξ, was set to 0.15—i.e., the range of the PCFI result had to be wider than 0.15 for the partial consensus to be significant. In addition, the decision makers that reached a partial consensus had to be as many as possible. As a result, the number of decision makers that reached a partial consensus for each critical factor was determined, as presented in Table 5. The PCFI results are summarized in Figure 9.
To facilitate the subsequent calculation, the PCFI results were approximated with TFNs according to Equation (14). The approximation results are shown in Figure 10.
Among the five critical factors, only “total costs” was the-lower-the-better performance, whereas the others were the-higher-the-better performances. The performances in optimizing these critical factors were evaluated according to the rules depicted in Table 6.
Based on the derived relative priorities, the 15 intervention strategies mentioned by Samanlioglu et al. [7] were compared:

(1)
Five factors, “total costs”, “ease of implementation”, “acceptability”, “effectiveness in preventing the spread of COVID-19”, and “irreplaceability by other treatments”, were considered critical to an intervention strategy.
(2)
“Quarantining patients and those suspected of infection”, “common health testing”, and “external border restrictions” were the top three intervention strategies, while “internal border restrictions” performed the worst.
(3)
The number of decision makers that reached a partial consensus differed from one.

The proposed methodology has the following advantages over the existing methods:

However, the proposed methodology is also subject to some limits. For example, the partial consensus among decision makers may not be obvious enough, even if the number of decision makers is minimized.
Some future research directions are provided as follows. First, it is difficult to know for how long the COVID-19 pandemic will persist. Therefore, the same analysis needs to be conducted again to see whether the experimental results obtained in this study are still applicable. In addition, intervention strategies for tackling the COVID-19 pandemic can be classified before being compared [61,62,63,64]. These constitute some topics for future investigation.

Data curation, methodology, and writing (original draft): H.-C.W., Y.-C.W., and T.-C.T.C.; writing—review and editing: H.-C.W. and T.-C.T.C. All the authors contributed equally to the writing of this paper. All authors have read and agreed to the published version of the manuscript. 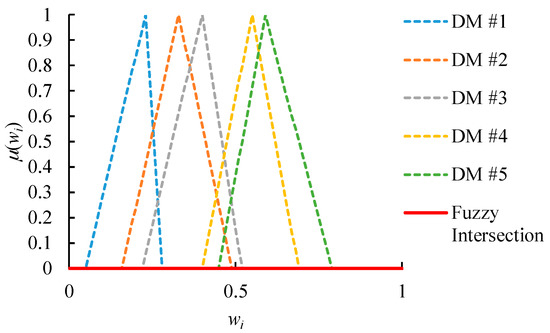 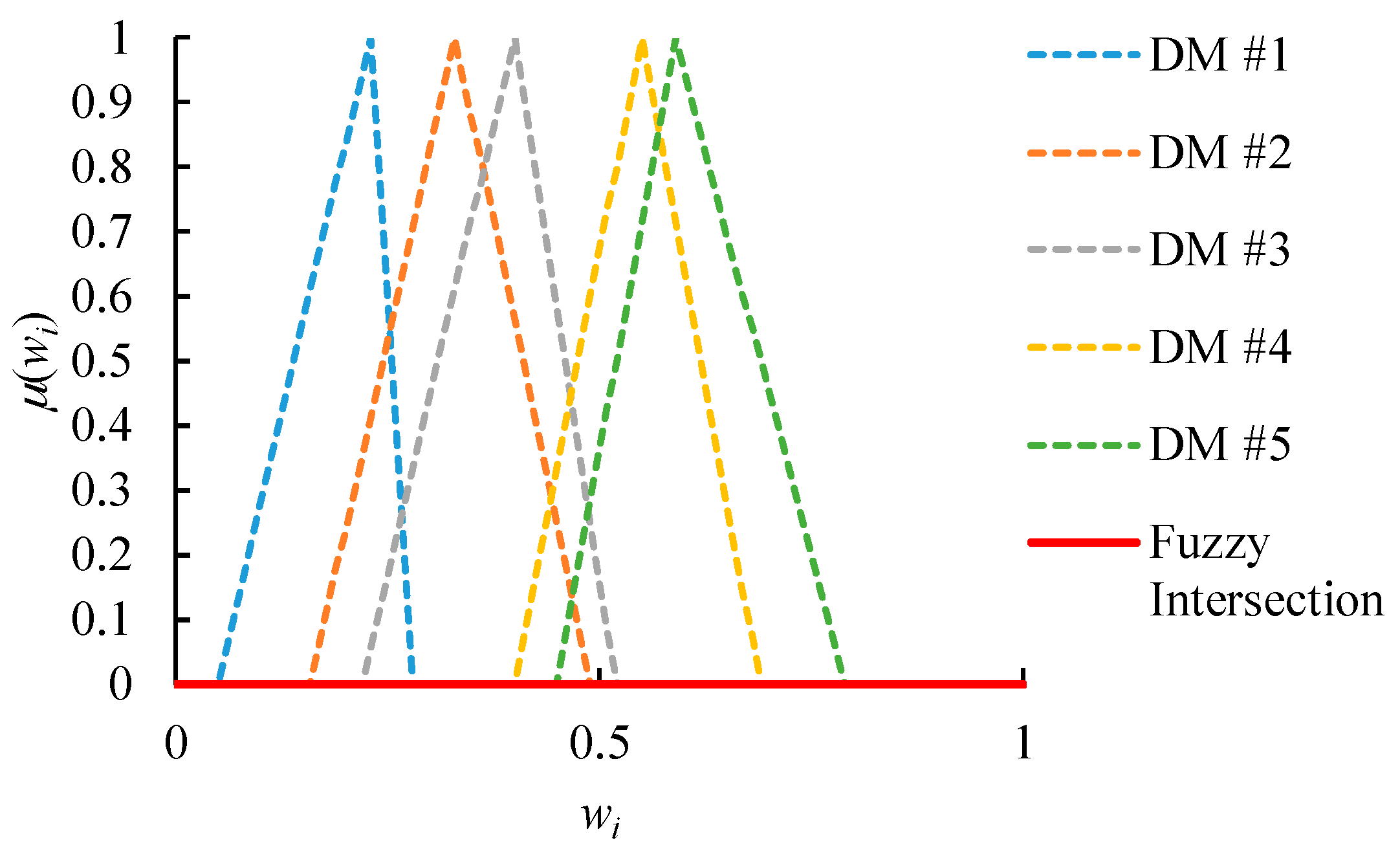 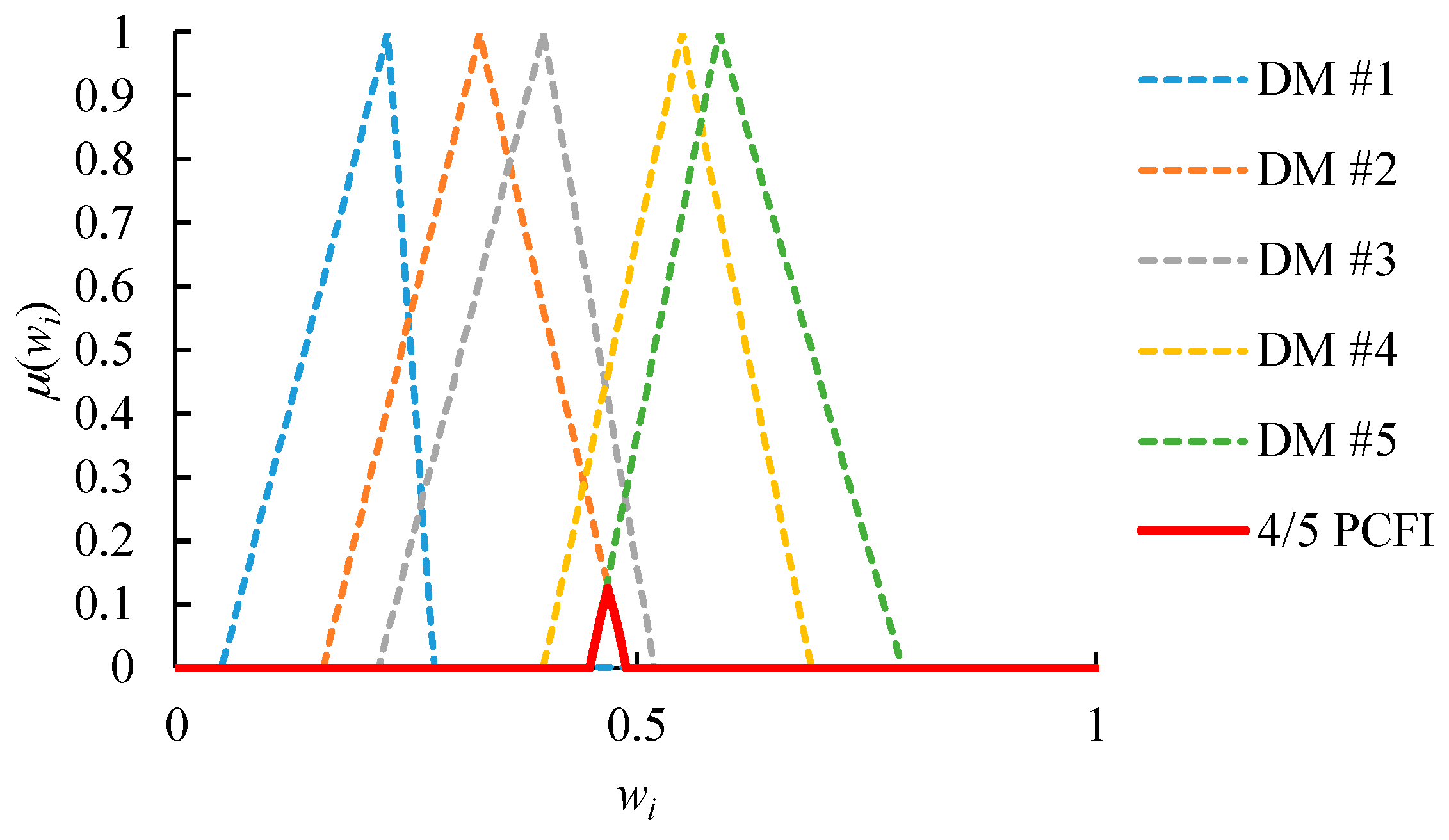 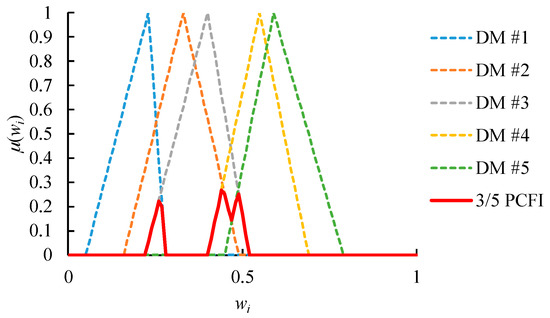 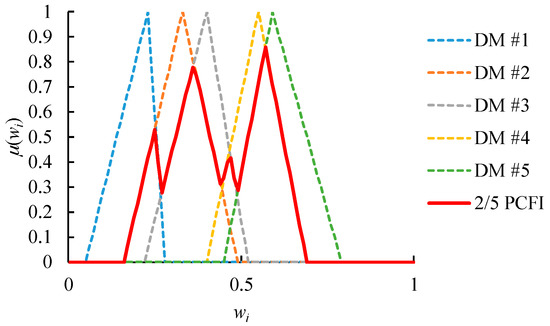 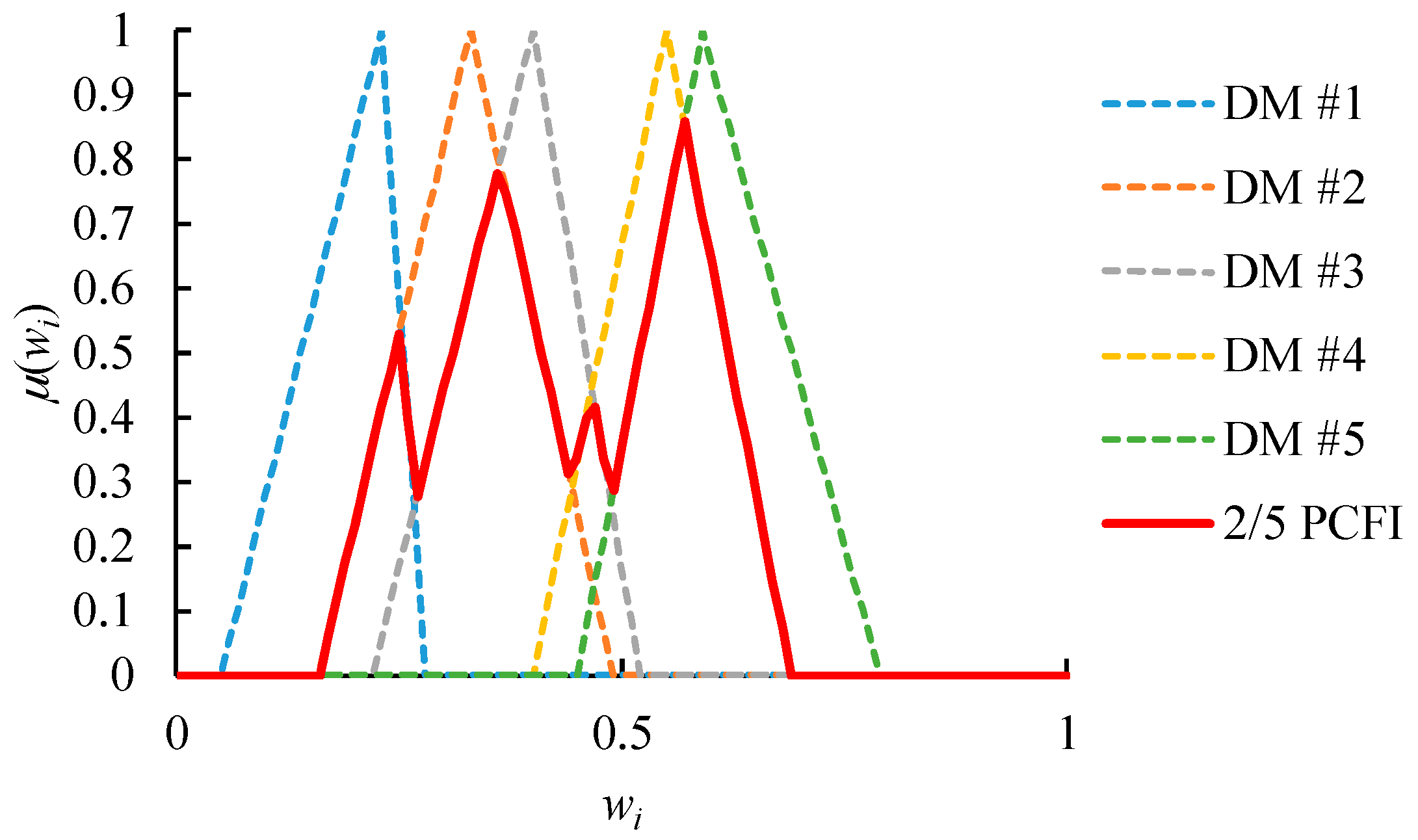 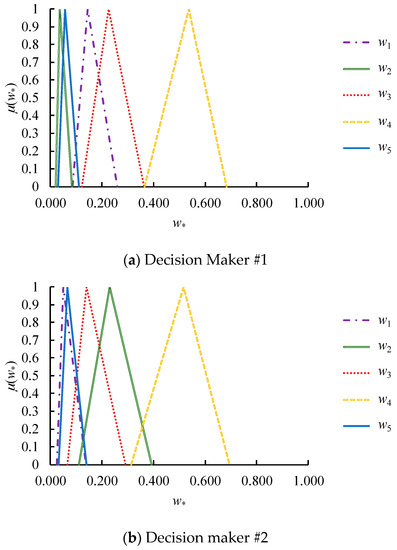 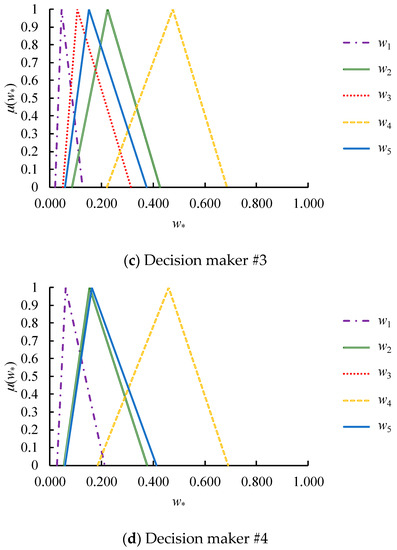 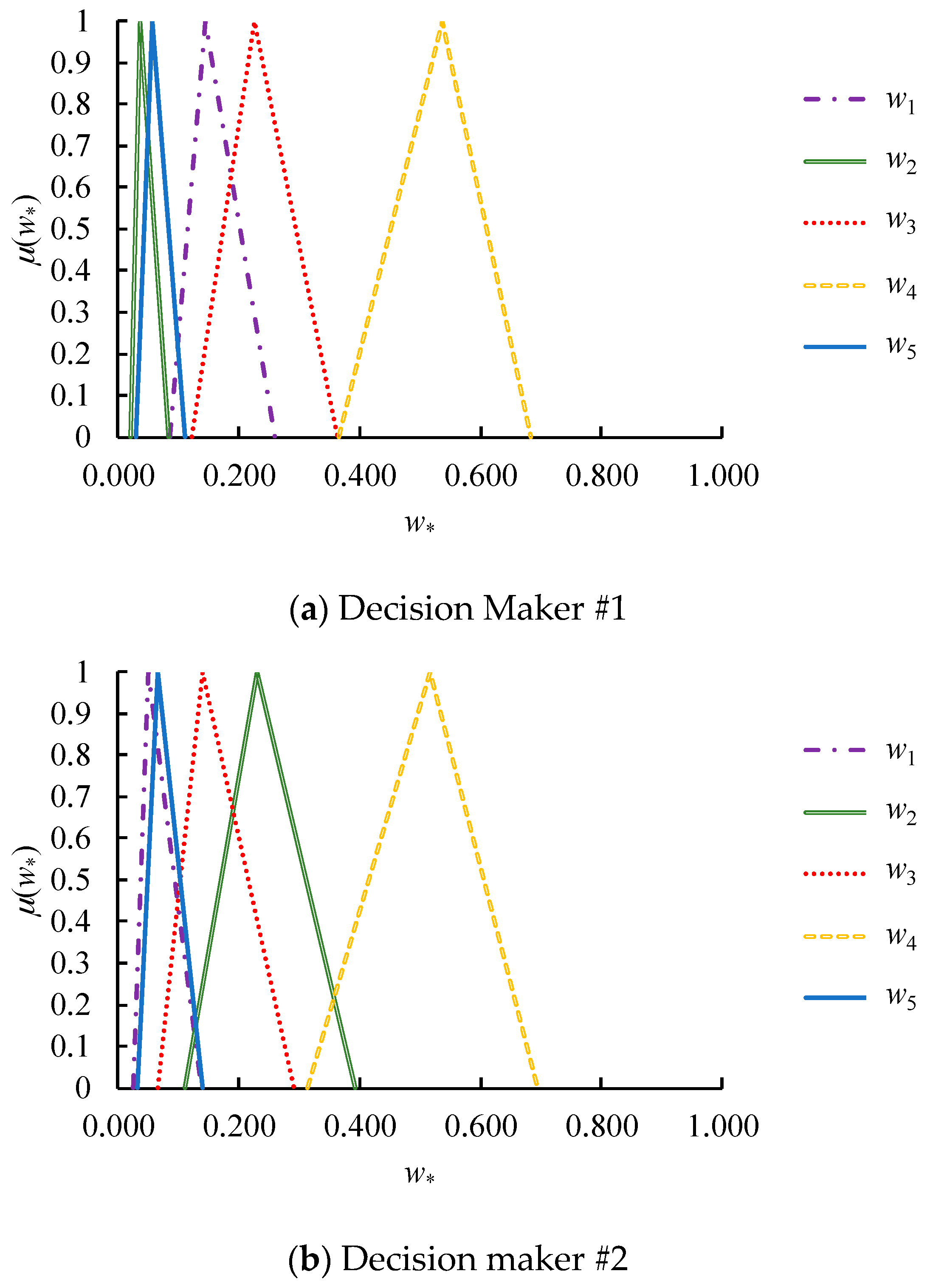 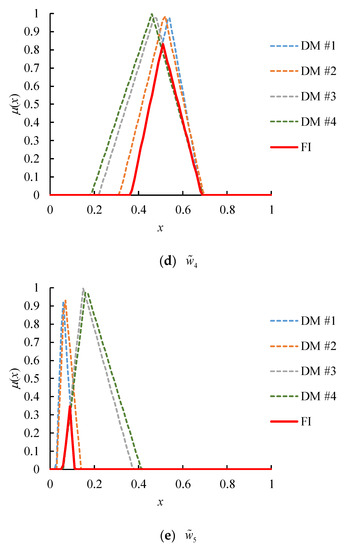 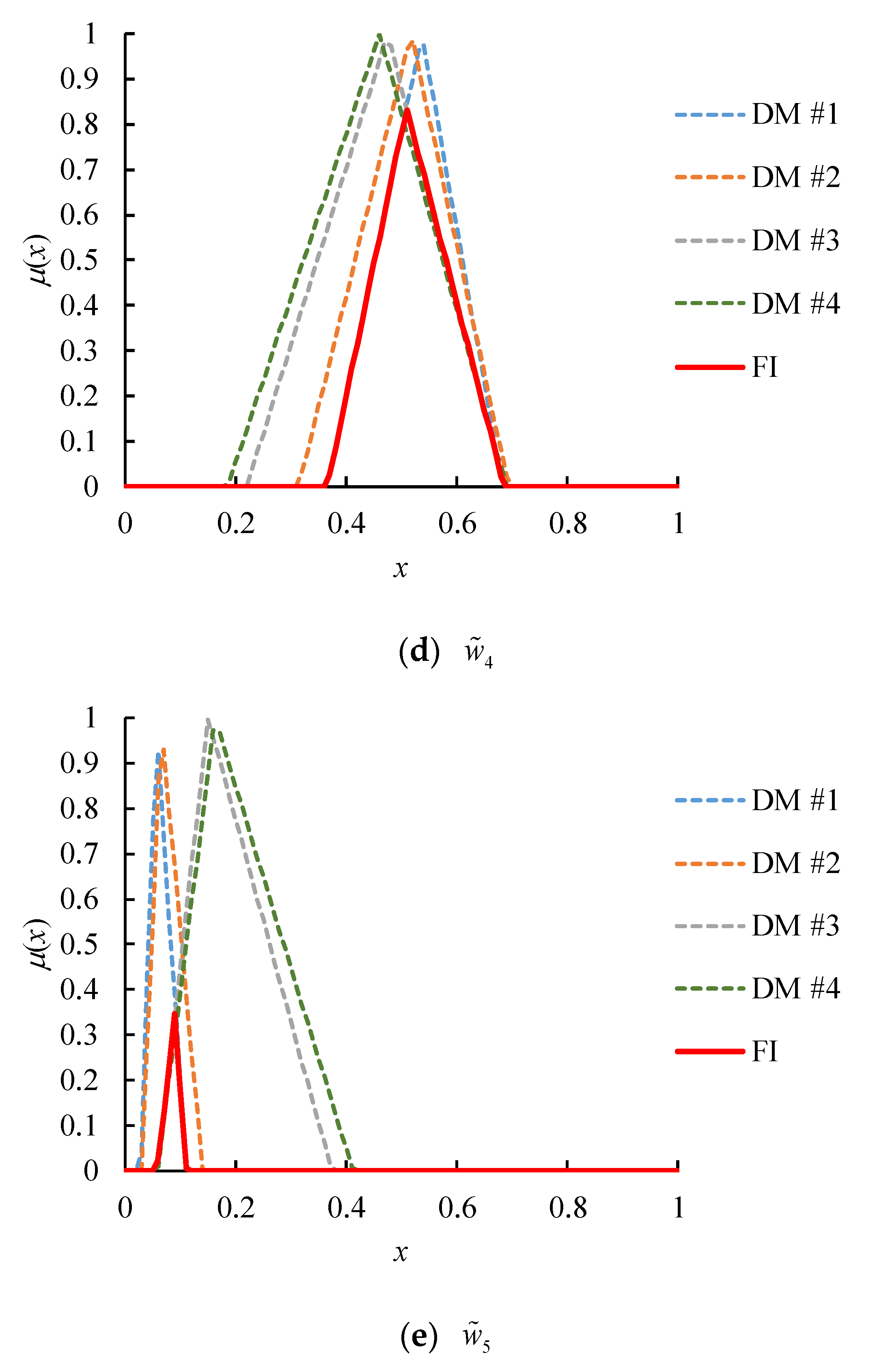 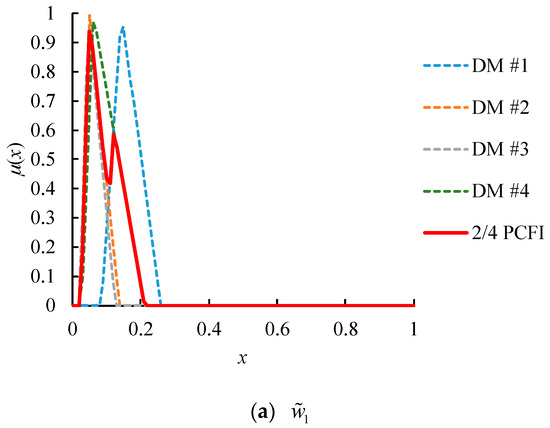 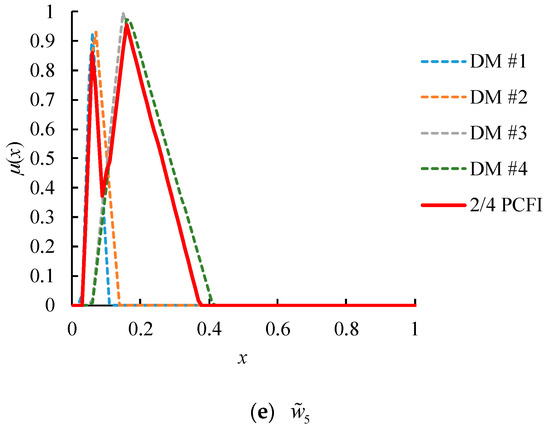 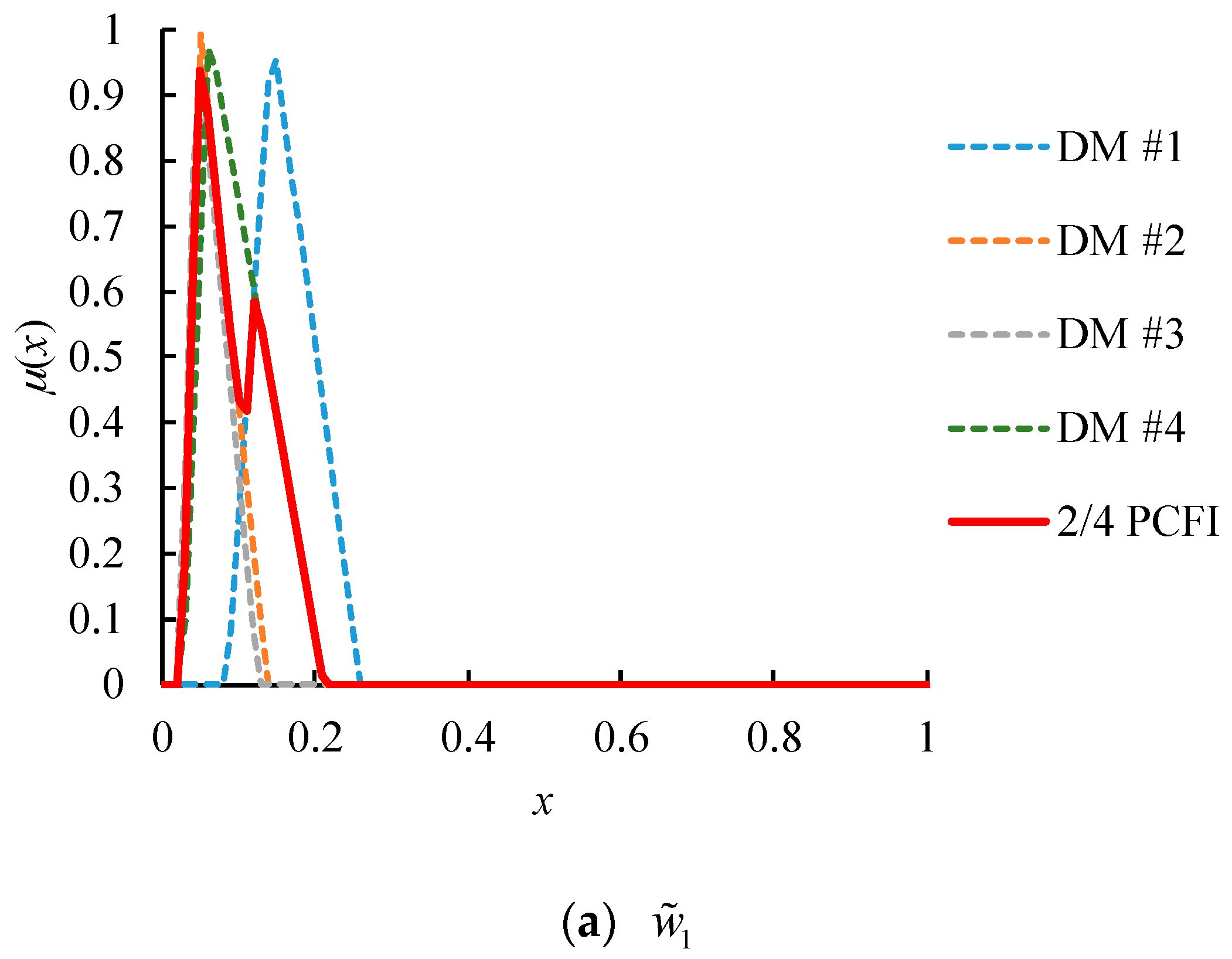 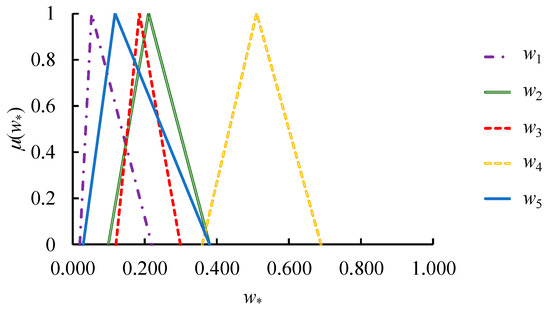 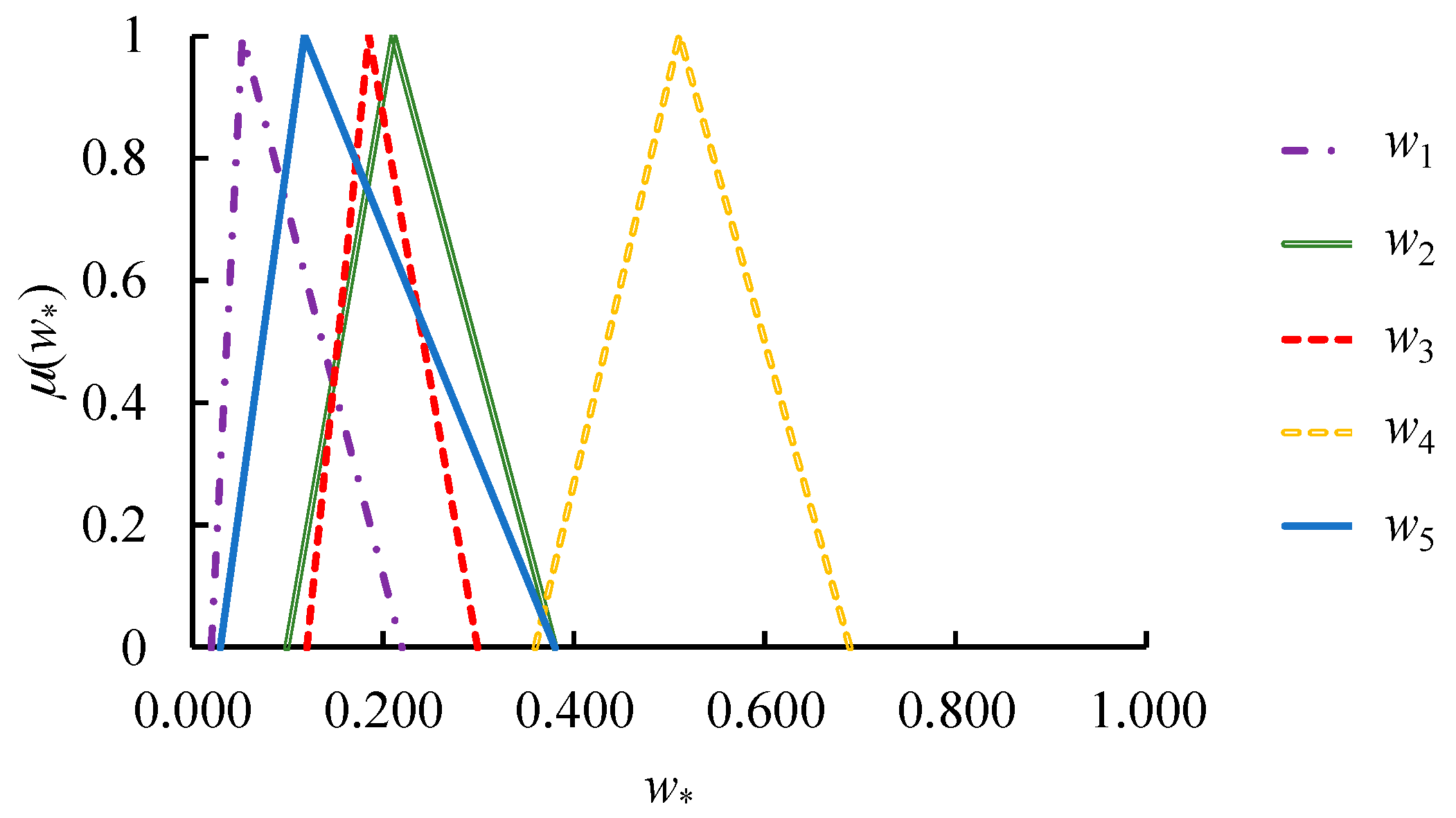 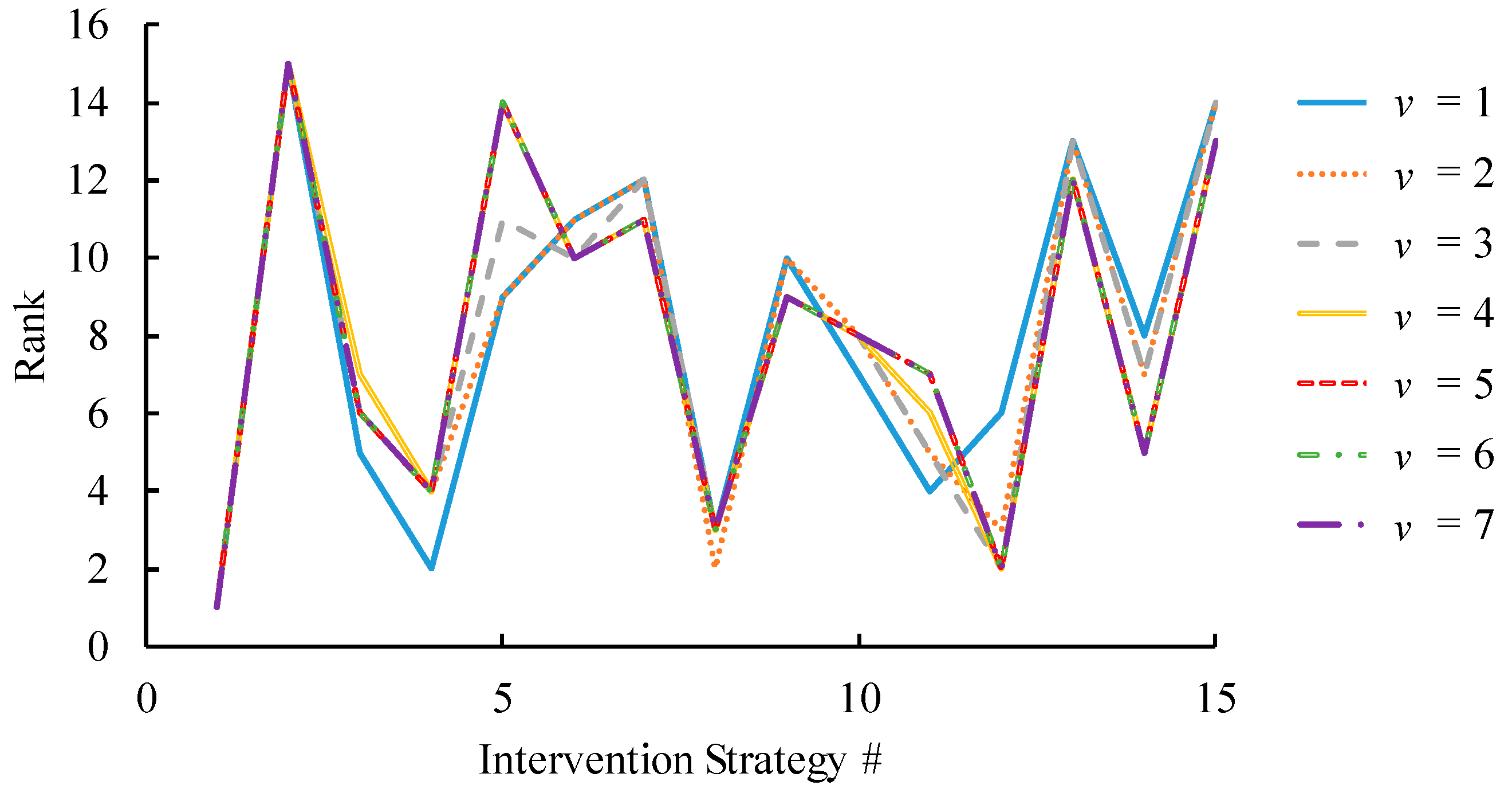 Table 9. Ranking results using various methods.
Table 9. Ranking results using various methods.
© 2020 by the authors. Licensee MDPI, Basel, Switzerland. This article is an open access article distributed under the terms and conditions of the Creative Commons Attribution (CC BY) license (http://creativecommons.org/licenses/by/4.0/).
We use cookies on our website to ensure you get the best experience. Read more about our cookies here.
Accept
We have just recently launched a new version of our website. Help us to further improve by taking part in this short 5 minute survey here. here.
Never show this again