For the Dirac delta memory kernel , i.e., , for the effective potential one can find as it should be.

If we further consider a memory kernel as a mix of two power-law functions , , , , , i.e., , for the effective potential we obtain or equivalently where is the three parameter M-L function (A1). Here we used the series expansion approach [22] and the Laplace transform relation (A2). The series that appear in relation (12) has been shown to be convergent [23] (see also detailed study of the convergence of series in M-L functions in [24,25]). By using the asymptotic expansion formula (A5) for the case with , and , one can easily derive the result (11) for one power-law memory kernel. The same result (11) is directly obtained from (12) and (13) for the case with and . Such bi-fractional Schrödinger equation has been recently investigated in [26] in detail. This case can be considered as a distributed order Schrödinger equation where the weight function is a sum of two delta functions.

To summarize, in the present paper we derived a general form of the imaginary effective potential that relates the standard time-dependent Schrödinger equation to the generalized Schrödinger equation with a memory kernel. This provides an alternative mathematical framework for modeling the inelastic scattering-related problems, applicable in a wide variety of low-dimensional quantum systems. For example, dissipative quantum transport in quantum dots, as well as the decaying part in resonant tunneling could be successfully modeled by such imaginary potentials. In this work we also derived explicitly the imaginary potentials for some of the most exploited forms of the memory kernel, such as Dirac delta, power-law, M-L, exponential, truncated power-law. We further expressed the effective potentials in terms of the M-L functions. The importance of the results obtained here is many-fold. At one hand, using the generalized Schrödinger equation with a memory kernel, instead of standard time-dependent Schrödinger equation enables obtaining a closed form solutions, expressed in terms of the M-L and Fox H-functions, which contributes to a more sophisticated and consistent mathematical modeling. On the other hand, the derived imaginary effective potentials upgrade the set of conventional forms of scattering potentials and can be used as input potentials in dissipative transport simulations. Finally, it is worth mentioning that such an approach provides in-depth insight and an interpretation of the considered generalized Schrödinger equation.

T.S. acknowledges the hospitality and support from the Max Planck Institute for the Physics of Complex Systems in Dresden, Germany.

All authors have contributed equally. 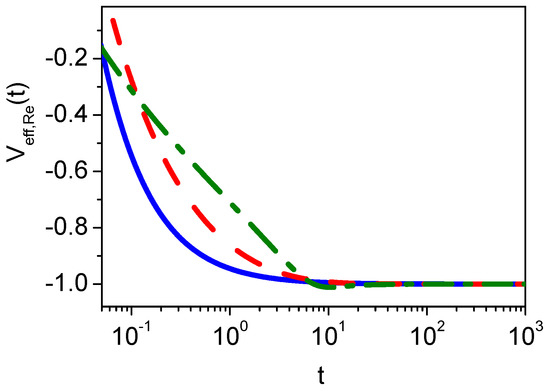 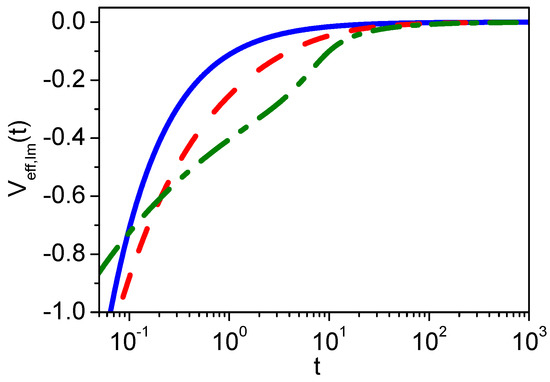