What Room for Two-Dimensional Gel-Based Proteomics in a Shotgun Proteomics World?
Previous Article in Journal

Chagas disease is one of the most common parasitic infections in Latin America, which is transmitted by hematophagous triatomine bugs, of which Rhodnius prolixus is the vector prototype for the study of this disease. The protozoan parasite Trypanosoma cruzi, the etiologic agent of this disease, is transmitted by the vector to humans through the bite wound or mucosa. The passage of the parasite through the digestive tract of its vector constitutes a key step in its developmental cycle. Herewith, by a using high-throughput proteomic tool in order to characterize the midgut proteome of R. prolixus, we describe a set of functional groups of proteins, as well as the biological processes in which they are involved. This is the first proteomic analysis showing an elaborated hematophagy machinery involved in the digestion of blood, among which, several families of proteases have been characterized. The evaluation of the activity of cathepsin D proteases in the anterior part of the digestive tract of the insect suggested the existence of a proteolytic activity within this compartment, suggesting that digestion occurs early in this compartment. Moreover, several heat shock proteins, blood clotting inhibitors, and a powerful antioxidant enzyme machinery against reactive oxygen species (ROS) and cell detoxification have been identified. Highlighting the complexity and importance of the digestive physiology of insects could be a starting point for the selection of new targets for innovative control strategies of Chagas disease. View Full-Text
Keywords: Chagas disease; hematophagy; Rhodnius; midgut; proteomics Chagas disease; hematophagy; Rhodnius; midgut; proteomics
►▼ Show Figures 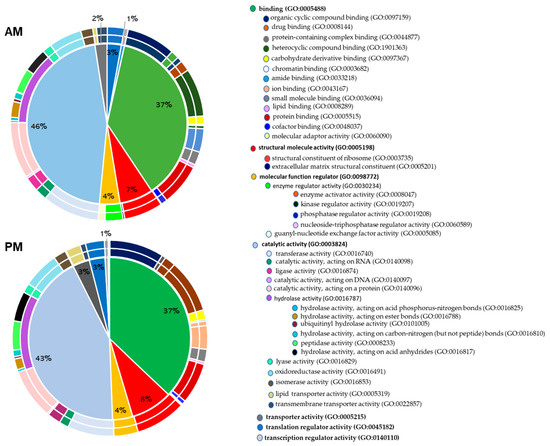