Value and Pricing of MOOCs
Previous Article in Special Issue

Terminology Standardization in Education and the Construction of Resources: The Welsh Experience

Putting Order into Our Universe: The Concept of Blended Learning—A Methodology within the Concept-based Terminology Framework †

This paper aims at discussing the advantages of a methodology design grounded on a concept-based approach to Terminology applied to the most prominent scenario of current Higher Education: blended learning. Terminology is a discipline that aims at representing, describing and defining specialized knowledge through language, putting order into our universe (Nuopponen, 2011). Concepts, as elements of the structure of knowledge (Sager, 1990) emerge as a complex research object. Can they be found in language? A concept-based approach to Terminology implies a clear-cut view of the role of language in terminological work: though language is postulated as being a fundamental tool to grasp, describe and organize knowledge, an isomorphic relationship between language and knowledge cannot be taken for granted. In other words, the foundational premise of a concept-based approach is that there is no one-to-one correspondence between atomic elements of knowledge and atomic elements of linguistic expression. This is why a methodological approach to Terminology merely based upon specialized text research is regarded as biased (Costa, 2013). As a consequence, we argue that interactional strategies between terminologist and domain expert deserve particular research attention. To our mind, the key to concept-based terminological work is to carry out a concept analysis of data gathered from a specialised text corpora combined with an elicitation process of the tacit knowledge and concept-oriented discursive negotiation. Following such view, we put forward a methodology to answer the question: how is blended learning defined in the Post-Bologna scenario? Even though there are numerous high-quality models and practical descriptions for its implementation (similarly to other concepts related to distance learning), the need to understand, demarcate and harmonize the concept of blended learning against the current Higher Education background results from the premise that the theoretical reflection on this concept is still insufficient. Therefore, we believe it is vital to understand blended learning as the new normal in Higher Education (Norberg et al., 2011), or a negotiable third way (Peres, 2011; Norberg & Jahnke, 2014). Our methodological model is built in three phases: (1) exploratory phase in the area/ object of the study; (2) conceptual analysis phase of discourse and textual documents; (3) modeling and result validation phase. We support the thesis that the experimental nature of this approach discloses productivity in a cyclical sequence between the discursive and textual analysis with conceptual objectives, collaborative interaction and introspection. In other words, even though the nature of this study does not allow for a generalization (apart from a dual relation in the mediation between the terminologist and the specialist), we advocate the relevance of an action-reflection procedure, both introspective and collaborative, one in which the terminologist will become a conceptualizer, a decision-maker and an interventionist. View Full-Text
Keywords: Concept-based Terminology; blended learning; definition; domain expert; concept; characteristic Concept-based Terminology; blended learning; definition; domain expert; concept; characteristic
►▼ Show Figures 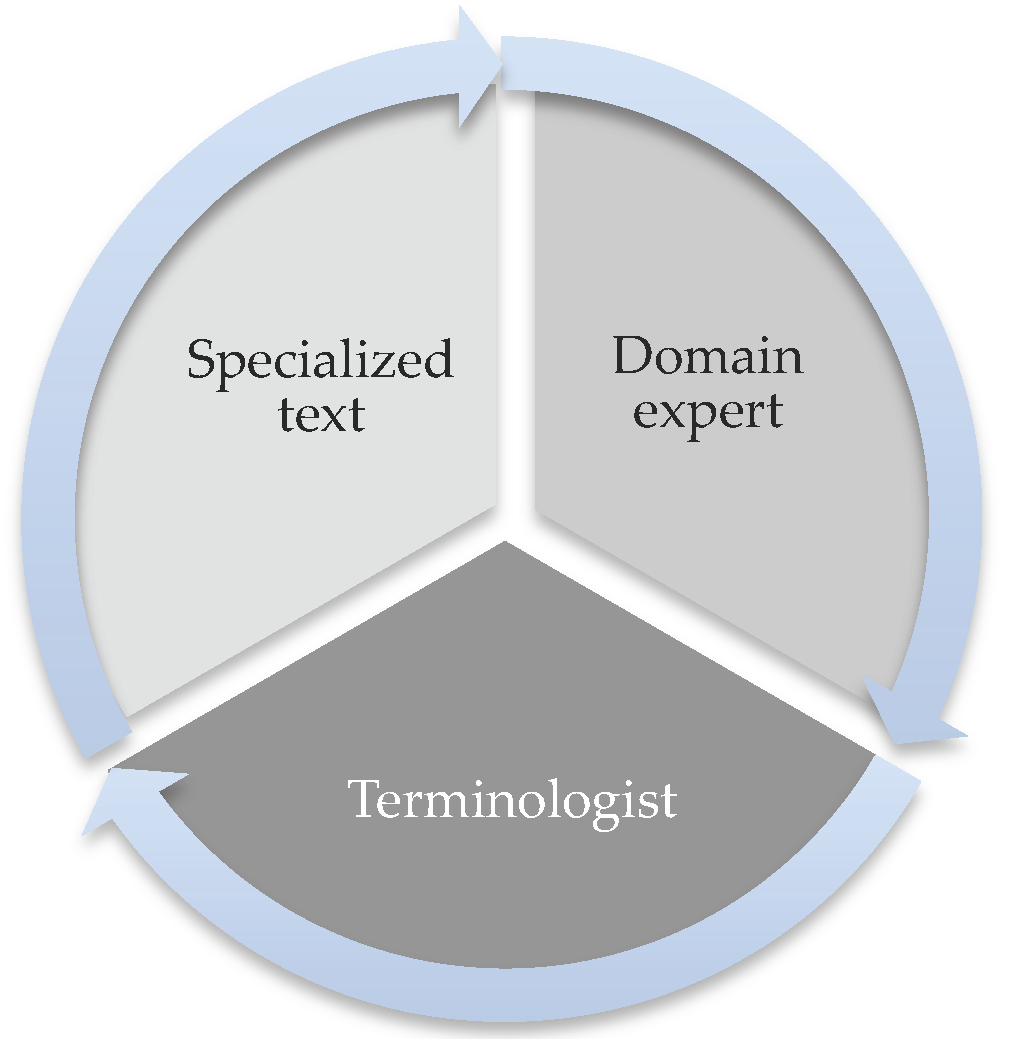