The Role of External and Internal Team Coaches in Teacher Design Teams. A Mixed Methods Study
Previous Article in Journal

Education for Sustainable Development Goals (ESDG): What Is Wrong with ESDGs, and What Can We Do Better?

Teacher Recruitment and Retention: A Critical Review of International Evidence of Most Promising Interventions

Background: A raft of initiatives and reforms have been introduced in many countries to attract and recruit school teachers, many of which do not have a clear evidence base, so their effectiveness remains unclear. Prior research has been largely correlational in design. This paper describes a rigorous and comprehensive review of international evidence, synthesising the findings of some of the strongest empirical work so far. Methods: The review synthesises a total of 120 pieces of research from 13 electronic databases, Google/Google scholar and other sources. Each study is weighted by strength of evidence. Results: The strongest evidence suggests that targeted money can encourage people into teaching but does not necessarily keep them in the teaching profession. The money needs to be large enough to compensate for the disadvantages of working in certain schools and areas, and competitive enough to offset the opportunity costs of not being in more lucrative occupations, and its effect is only short-term. Conclusions: Continuing professional development (CPD) and early career support could be promising approaches for retaining teachers in the profession, but the evidence for them is weak. There is no evidence that any other approaches work, largely because of the lack of robust studies. View Full-Text
Keywords: teacher recruitment; teacher retention; systematic review; causal evidence; interventions teacher recruitment; teacher retention; systematic review; causal evidence; interventions
►▼ Show Figures 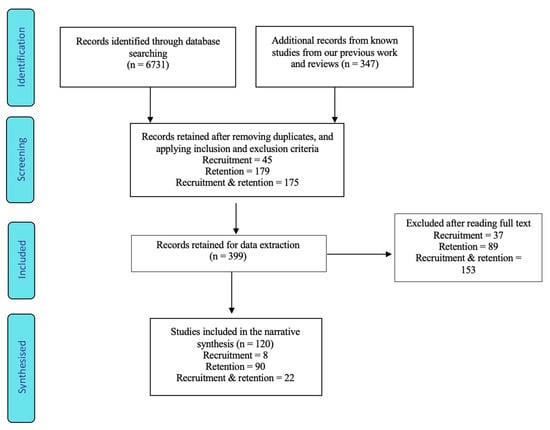