Conjugation of the Belt and Road Initiative and Eurasian Economic Union: Problems and Development Prospects
Previous Article in Journal

2. The Model in a Small Open Economy

3. The Effects of a Child Allowance

Now, we analyze if the results of van Groezen et al. (2003) will still hold in our extended model. From result 1, we know that the growth rate of human capital will decline with an increasing child allowance.
Result 5.
The introduction or an increase of the child allowance will lead to an increase in the number of children, if.
Proof.
This condition is always fulfilled in the case that no PAYG exists (); the number of children increases with an increasing child allowance. This result remains valid as long as the contribution rate is sufficiently small. This condition guarantees that savings are positive. □
The intuition behind the results regarding the investments in education and the number of children is as follows: the negative impact of a child allowance on the investments in education is caused by the fact that the marginal costs to increase the investments of education are equal to . These marginal costs are independent from the child allowance. The marginal costs of an additional child are and depend negatively on the child allowance. That means it becomes relatively cheaper to raise an additional child than to invest in human capital. Additionally, the remaining income is reduced by the increased payroll tax to finance the allowance. The reduction of investments in human capital caused by the child allowance is unambiguous and the number of children will increase if the contribution rate is sufficiently low.
In a small open economy, a change of the savings only has an effect on the net lending/ borrowing position of the economy, which is not relevant in this kind of model, but is an important indicator in reality. Therefore, we should consider the change of the savings per capita.
Result 6.
If the contribution rateis sufficiently low, the introduction or increase of a child allowance immediately leads to a reduction of the savings per capita, and, therefore, to a worsening of the net lending position of the whole economy.
Proof.
if
A sufficiently low contribution rate guarantees the fulfillment of condition (22). Even if condition (22) is not satisfied, the savings will decline in the long run because of the negative impact of the child allowance on the growth rate. □
Our next step is to investigate the reaction of the pension benefits when the child allowance is introduced or increased.
Result 7.
In the short term, the pension benefits could increase if a child allowance is introduced or increased. This result will be reversed in the long term.
Proof.
Obviously, it is possible that the pension benefits will increase, because the positive impact caused by the increased number of children overcompensate the negative impact of the growth rate. However, after a finite number of periods, the process reverses and the negative growth effect exceeds the positive fertility effect. □
From results 1–6, we have to conclude that the most important effect of child allowances is the negative growth effect, which makes any further welfare analysis redundant because it is clear that, in the best case, only a few generations can gain from the introduction of a child allowance, while all other generations will suffer. What cannot be denied is the fact that the number of children increases, but the costs to realize this objective with child allowances seem to be excessively high. Additionally, the hope of policy makers in small countries that the pension payouts of a PAYG pension system can be increased by increasing child allowances in the long term must be rejected.

In this paper, we use an OLG model, in which the number of children and the extent of education is determined endogenously. One important assumption is that parents interpret the amount of human capital of their children as an indicator for the quality of children. In this framework, we have reconsidered the idea to use a child allowance to increase the number of children and to increase the pension payouts of a PAYG pension system. In contradiction to the results derived from models in which only the number of children, and not their human capital, enter the utility function of the parents, we have to conclude that child allowances are never a means to enhance welfare in the sense of Pareto in a growing economy. Additionally, we have shown that pension benefits will decrease as a consequence of a child allowance. We show that child allowances can increase the number of children under specific circumstances, but even then this effect does not provide any positive welfare effect in the sense of Pareto for future generations. The main reason for this result is that the pure child-raising costs are the price for giving birth to a child, and this relative price determines the investments in education positively. Thus, lowering the price of an additional child leads, at best on the one hand, to more children, but on the other hand to less education, and, hence, human capital per capita. The consequence is that all subsequent generations have lower incomes, lower pension benefits and consequently a lower level of utility. Our model leads to the conclusion that instead of subsidizing children, a taxation of children is probably more target-aimed.
If the results derived in the model are valid in reality, European governments are spending billions of euros with the intention of increasing fertility and keeping the existing PAYG pension systems in balance, but the outcome will be the opposite over the long term.

The paper is a joint contribution of the two authors.

Peter J. Stauvermann thankfully acknowledges the financial support of the Research Fund of the Changwon National University in 2019.

We like to thank two anonymous reviewers for their useful comments and suggestions. All remaining errors are ours.

Assumptions for the calibration: We use a Cobb–Douglas production function, which has the following functional form per human capital unit:
Regarding the parameters we have assumed that . The values satisfy all conditions mentioned above. A contribution rate of 12% of the lifetime income and the assumption that the costs to rear a child amount to 14% of the lifetime income seem to be reasonable. 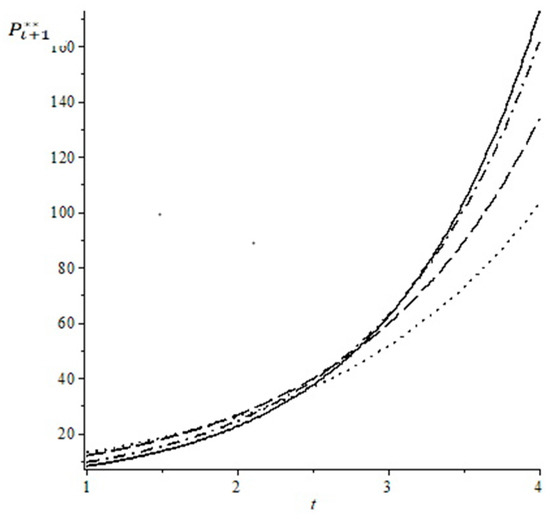 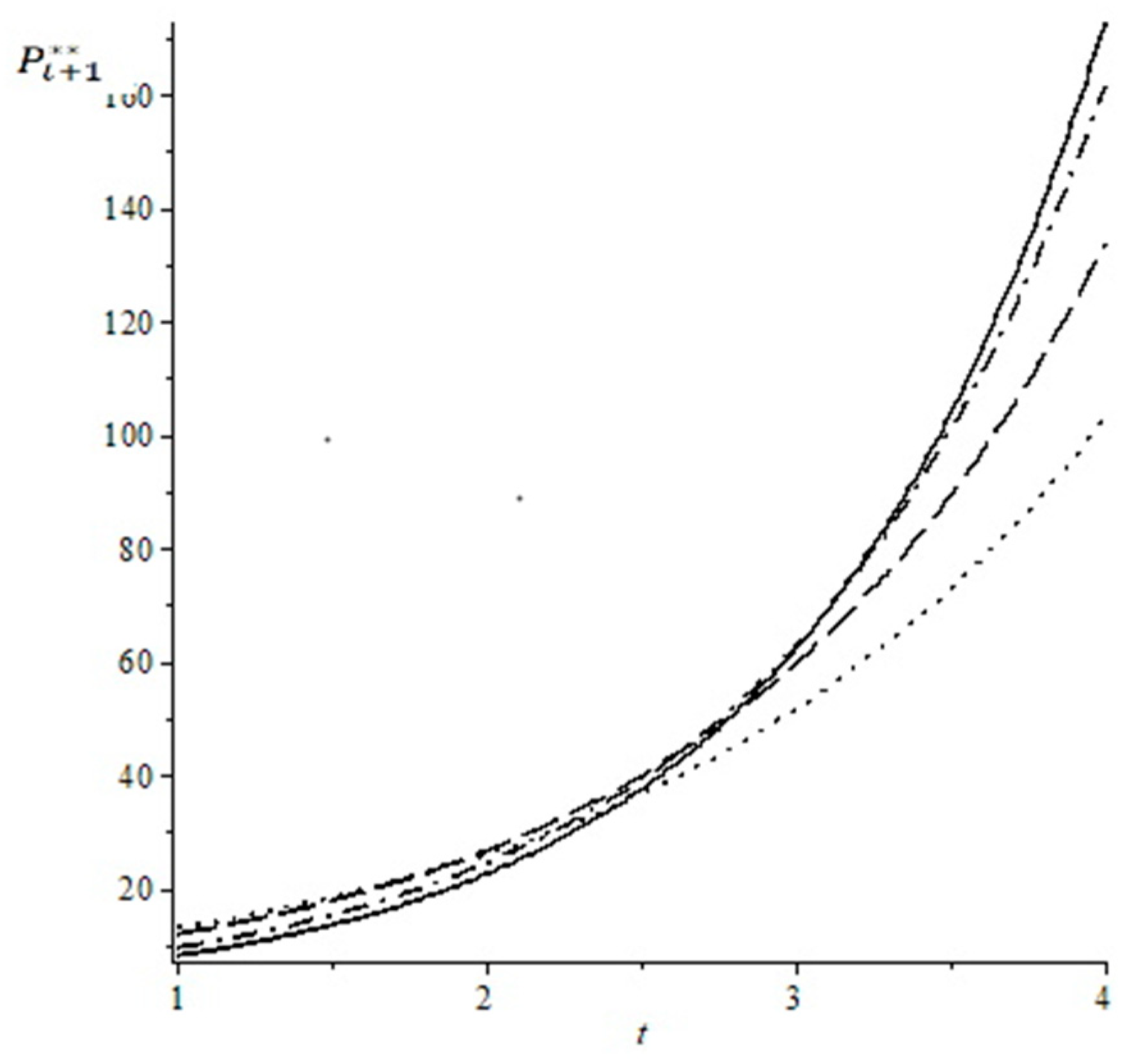