TED (Tethered Electromagnetic Docking) is a system proposed by a group of researchers and students of the University of Padova for close rendezvous and docking between spacecraft. It consists in a small tethered probe ejected by the chaser, reaching the proximity of the target with a controlled deployment, and then magnetically guided by a receiving electromagnet mounted on it. Because of the generated magnetic field, alignment and mating are possible; then, as the tether is rewound, the chaser is able to dock with the target. To perform a preliminary verification of TED, three groups of students have been involved in the project and contributed to the evaluation of its critical technologies in reduced gravity: in the framework of ESA “Drop your Thesis!” 2014 and 2016 campaigns the experiments FELDs and STAR focused on the test of the tether deployment and control, while PACMAN, in the framework of ESA “Fly Your Thesis! 2017” parabolic flights campaign, tested proximity operations by means of electromagnetic interactions. In this paper, a description of TED concept and its development roadmap is presented, introducing the critical technologies tested by FELDs, STAR, and PACMAN experiments. The second part of the paper focuses on the educational outcomes of the three experiments, introducing statistics on (1) student participation, (2) scientific publication production, and (3) influence of the educational programs on the students’ career. View Full-Text
Keywords: tethered electromagnetic docking; microgravity; “Drop your Thesis!”; “Fly your Thesis!” tethered electromagnetic docking; microgravity; “Drop your Thesis!”; “Fly your Thesis!”
►▼ Show Figures 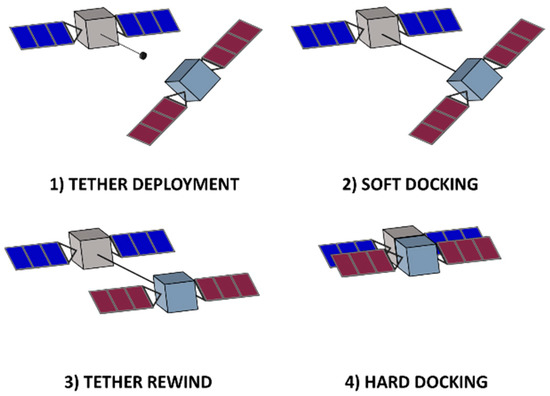