Urban-Induced Mechanisms for an Extreme Rainfall Event in Beijing China: A Satellite Perspective

Landslides, floods, and droughts are recurring natural disasters in Nepal related to too much or too little water. The summer monsoon contributes more than 80% of annual rainfall, and rainfall spatial and inter-annual variation is very high. The Gandaki River, one of the three major rivers of Nepal and one of the major tributaries of the Ganges River, covers all agro-ecological zones in the central part of Nepal. Time series tests were applied for different agro-ecological zones of the Gandaki River Basin (GRB) for rainfall trends of four seasons (pre-monsoon, monsoon, post-monsoon and winter) from 1981 to 2012. The non-parametric Mann-Kendall and Sen’s methods were used to determine the trends. Decadal anomalies relative to the long-term average were analyzed using the APHRODITE precipitation product. Trends in number of rainy days and timing of the monsoon were also analyzed. We found that the post-monsoon, pre-monsoon and winter rainfalls are decreasing significantly in most of the zones but monsoon rainfall is increasing throughout the basin. In the hill region, the annual rainfall is increasing but the rainy days do not show any trend. There is a tendency toward later departure of monsoon from Nepal, indicating an increase in its duration. These seasonally and topographically variable trends may have significant impacts for the agriculture and livestock smallholders that form the majority of the population in the GRB. View Full-Text
Keywords: monsoon; rainfall trend; Sen’s slope estimator; anomaly; variability monsoon; rainfall trend; Sen’s slope estimator; anomaly; variability
►▼ Show Figures 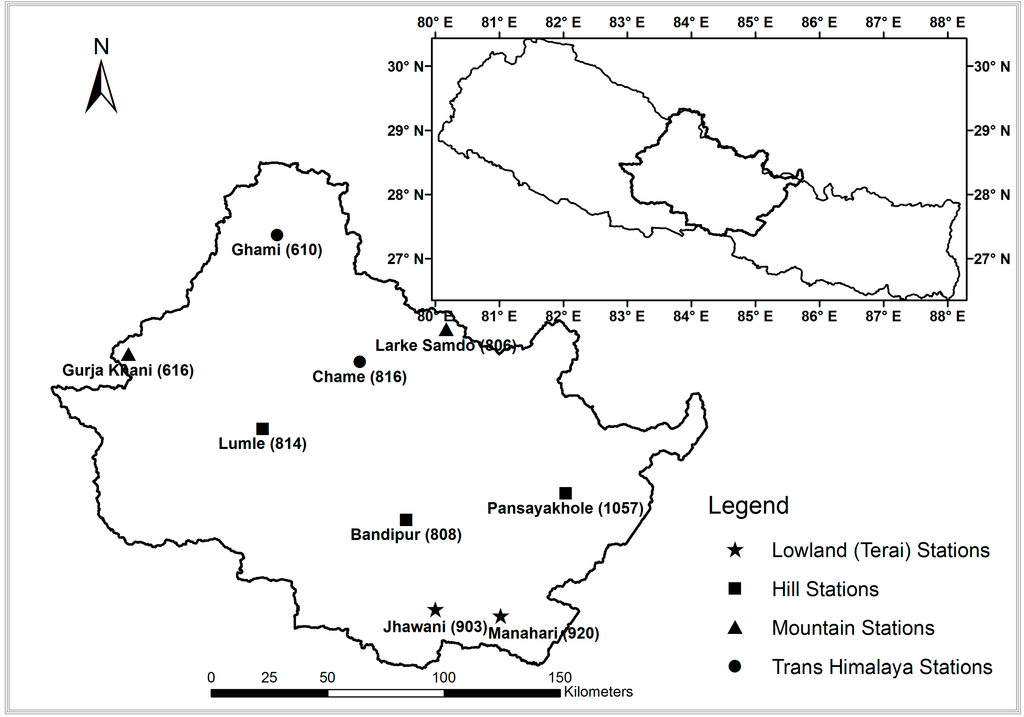