Reducing Cadmium Accumulation in Plants: Structure–Function Relations and Tissue-Specific Operation of Transporters in the Spotlight
Previous Article in Special Issue

Two types of perennial wild rice, Australian Oryza rufipogon and a new taxon Jpn2 have been observed in Australia in addition to the annual species Oryza meridionalis. Jpn2 is distinct owing to its larger spikelet size but shares O. meridionalis-like morphological features including a high density of bristle cells on the awn surface. All the morphological traits resemble O. meridionalis except for the larger spikelet size. Because Jpn2 has distinct cytoplasmic genomes, including the chloroplast (cp), cp insertion/deletion/simple sequence repeats were designed to establish marker systems to distinguish wild rice in Australia in different natural populations. It was shown that the new taxon is distinct from Asian O. rufipogon but instead resembles O. meridionalis. In addition, higher diversity was detected in north-eastern Australia. Reproductive barriers among species and Jpn2 tested by cross-hybridization suggested a unique biological relationship of Jpn2 with other species. Insertions of retrotransposable elements in the Jpn2 genome were extracted from raw reads generated using next-generation sequencing. Jpn2 tended to share insertions with other O. meridionalis accessions and with Australian O. rufipogon accessions in particular cases, but not Asian O. rufipogon except for two insertions. One insertion was restricted to Jpn2 in Australia and shared with some O. rufipogon in Thailand. View Full-Text
Keywords: Oryza; speciation; divergence; life history; phylogenetic relation; Australian continent Oryza; speciation; divergence; life history; phylogenetic relation; Australian continent
►▼ Show Figures 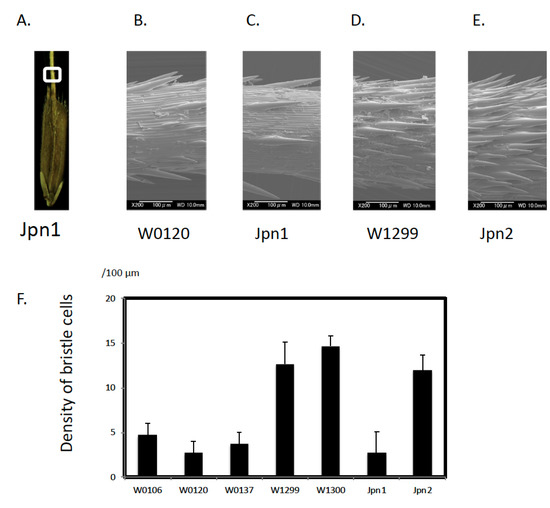