Acknowledgment to Reviewers of Plants in 2021

Crops on the Rocks: Production, Processing, and Storage at the Early Medieval Site of Senhora Do Barrocal (Municipality of Sátão, Central Portugal)

Small rural places are largely absent from early medieval written sources, but they were profuse and relevant in regional settlements and economies. Only through archaeological and archaeobotanical investigation is it possible to unveil their structure and productive strategies; however, this kind of investigation is still uncommon in Iberia. Here, the assemblage of fruits/seeds, wood charcoal, and food remains from Senhora do Barrocal (SB) (Sátão, Portugal) will be presented and discussed in order to understand the crop production, processing, and storage. The site was destroyed by a fire somewhere between the 10th and the 11th centuries AD, which allowed the preservation of abundant plant remains in a storage area. Charcoal analyses suggest that the building was made with oak and chestnut timber. The massive fruits/seeds assemblage was dominated by cereals, mostly oat and rye, but also barley, millet, and naked wheat, some fully dehusked, others still hulled. Furthermore, evidence of food products has also been found, suggesting that the area was used for the storage of multiple foods and crops at different processing stages. SB is a good example of how communities adopted a diverse set of crops and multifaceted storage strategies to prevent food shortages and to endure in a harsh environment. View Full-Text
Keywords: fruits/seeds; charcoal analysis; food remains; Middle Ages; western Iberia fruits/seeds; charcoal analysis; food remains; Middle Ages; western Iberia
►▼ Show Figures 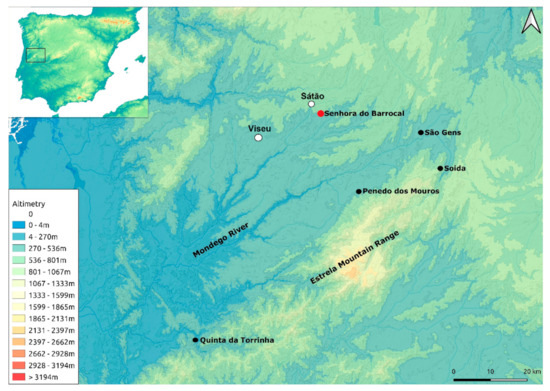