Various kinds of primary metabolisms in plants are modulated through sulfate metabolism, and sulfotransferases (SOTs), which are engaged in sulfur metabolism, catalyze sulfonation reactions. In this study, a genome-wide approach was utilized for the recognition and characterization of SOT family genes in the significant nutritional crop potato (Solanum tuberosum L.). Twenty-nine putative StSOT genes were identified in the potato genome and were mapped onto the nine S. tuberosum chromosomes. The protein motifs structure revealed two highly conserved 5′-phosphosulfate-binding (5′ PSB) regions and a 3′-phosphate-binding (3′ PB) motif that are essential for sulfotransferase activities. The protein–protein interaction networks also revealed an interesting interaction between SOTs and other proteins, such as PRTase, APS-kinase, protein phosphatase, and APRs, involved in sulfur compound biosynthesis and the regulation of flavonoid and brassinosteroid metabolic processes. This suggests the importance of sulfotransferases for proper potato growth and development and stress responses. Notably, homology modeling of StSOT proteins and docking analysis of their ligand-binding sites revealed the presence of proline, glycine, serine, and lysine in their active sites. An expression essay of StSOT genes via potato RNA-Seq data suggested engagement of these gene family members in plants’ growth and extension and responses to various hormones and biotic or abiotic stimuli. Our predictions may be informative for the functional characterization of the SOT genes in potato and other nutritional crops. View Full-Text
Keywords: sulfur; sulfotransferase; potato; bioinformatics; protein structure; stimuli coping sulfur; sulfotransferase; potato; bioinformatics; protein structure; stimuli coping
►▼ Show Figures 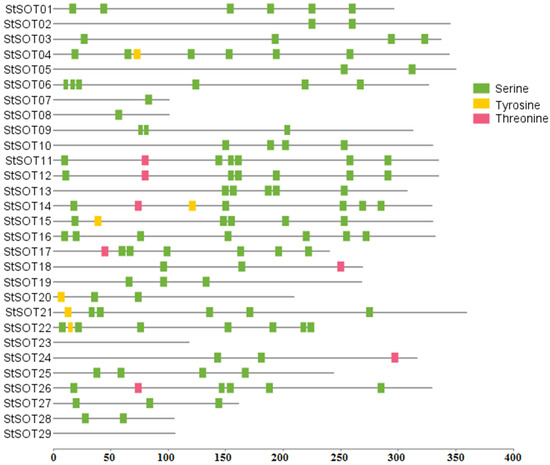 Hoorieh Amouei
She is working on plant cell signaling and the interaction between different pathways.

Abdullah
I am a B.Sc (Hons) biochemistry graduate of Hazara University, Mansehra, Pakistan, with distinction, and was honored with a gold medal. I received my MPhil and Ph.D. from the Quaid-I-Azam University, Islamabad, Pakistan. I am a progressive and optimistic man, willing to take on the scientific challenges to better understand life on Earth. My interests include genomics, genetics, evolution, population genetics, and plant phylogeny. I also want to use genomic resources for plant conservation, barcoding, and gene identification, which are important areas in biotic and abiotic stress and plant-function regulation.
Zoom | Orient | As Lines | As Sticks | As Cartoon | As Surface | Previous Scene | Next Scene
We use cookies on our website to ensure you get the best experience. Read more about our cookies here.
Accept
We have just recently launched a new version of our website. Help us to further improve by taking part in this short 5 minute survey here. here.
Never show this again