Congenital hydrocephalus is a common birth-defect whose developmental origins are poorly understood. Pax3-null mutants show defects in myogenesis, neural tube closure, neural crest morphogenesis, and heart development that, consequently, results in embryonic lethality. Here we demonstrate that conditional deletion of the mouse Pax3 transcription factor results in fully-penetrant congenital obstructive hydrocephalus. To identify the role of Pax3 during cranial development, we deleted Pax3 within the neuroepithelium (via Pax7−Cre), in the neural crest (via P0-Cre), and in both the neuroepithelium and the neural crest (via Wnt1-Cre). Only conditional mutants generated using Pax7−Cre or Wnt1-Cre developed early onset congenital hydrocephalus due to stenosis of the third ventricle, suggesting that loss of neuroepithelial Pax3 is sufficient to disturb third ventricle morphogenesis. Dilation of lateral ventricles occurs as early as E14.5, and lineage-mapping revealed that the neuroepithelial cells in the conditional mutants are present, but fail to undergo normal differentiation at the stenotic site. Concomitant with a narrowing of the mutant third ventricle, we detected ectopic apoptosis, reduced proliferation, and abnormal β-catenin localization. Furthermore, consistent with the overlapping expression pattern of Pax3 and Pax7 in early cranial neuroepithelium, we demonstrated a combinatorial role, as compound Pax3/Pax7 heterozygotes display partially-penetrant congenital hydrocephalus. These murine data provide an experimental paradigm underpinning clinical observations of the presence of PAX3 mutations in some hydrocephalic patients. View Full-Text
Keywords: mouse embryo; neural tube defects; Pax3; Pax7; congenital hydrocephalus; lineage mapping mouse embryo; neural tube defects; Pax3; Pax7; congenital hydrocephalus; lineage mapping
►▼ Show Figures 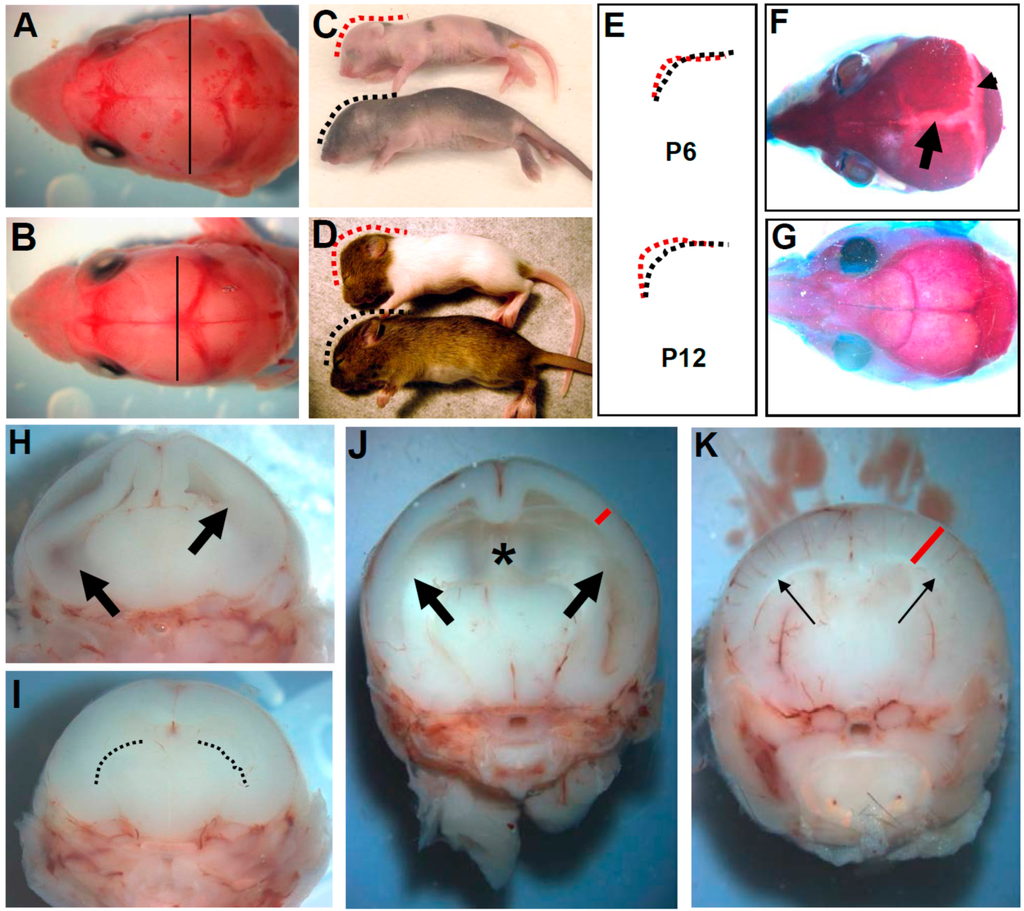