Land-based, utility-scale renewable energy (RE) systems using wind or solar resources to generate electricity is becoming a decisive solution to meet long-term carbon emission reduction goals. Local governments are responding in kind, by adopting their own goals and/or establishing policies to facilitate successful implementations of RE in their jurisdiction. One factor to successful RE development is to locate the most suitable lands, while continuing to sustain land-based economies and ecosystem services. Local governments often have limited resources; and this is especially true for small, land-constrained local governments. In this paper, we illustrate how a standardized RE technical mapping framework can be used by local governments to advance the implementation of RE in land-constrained areas, through a case study in the Town of Canmore, Alberta. Canmore has a limited municipal area surrounded by the Canadian Rockies, along with complex land-use bylaw and environmentally sensitive habitats. This mapping framework accounts for these conditions as it considers theoretical resources, technically recoverable lands, legally accessible lands, and the spatial capital cost of connecting new RE facilities. Different land-use planning scenarios are considered including changing setback buffers and expanding restrictions on development to all environmentally sensitive districts. The total RE potentials are then estimated based on the least-conflict lands. Technically speaking, even under restrictive land suitability scenarios, Canmore holds enough land to achieve ambitious RE targets, but opportunities and challenges to implementation remain. To eventually succeed in its long-term emission reduction goal, the most decisive step for Canmore is to balance the growth of energy demands, land-use changes, and practicable RE development. Mapping systems that can study the influence of land-use planning decisions on RE potential are critical to achieving this balance. View Full-Text
Keywords: land suitability; GIS; scenario mapping; wind energy; solar energy land suitability; GIS; scenario mapping; wind energy; solar energy
►▼ Show Figures 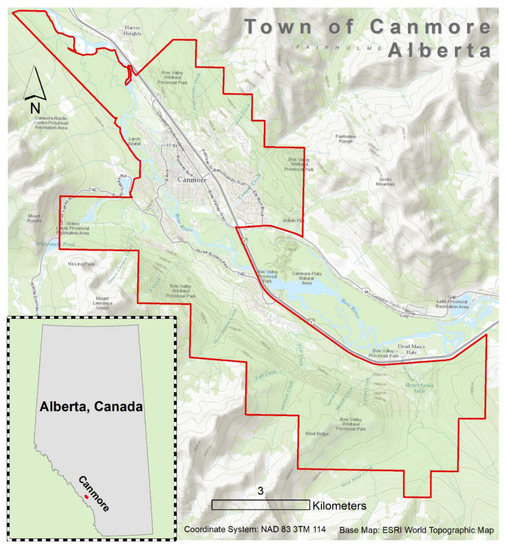