Alpine Glaciology: An Historical Collaboration between Volunteers and Scientists and the Challenge Presented by an Integrated Approach

The quality aspects of OpenStreetMap (OSM), as the global representation of crowd-sourced mapping, have always been of priomary concern to academics. While the methodologies for checking its quality against the national maps have been implemented by a number of studies, there are minimal works on how to practically improve the quality of OSM towards being an authoritative map source. This paper presents a method for conflating road attributes, namely the name and reference code, of OSM with the Open Data provided by Ordnance Survey (the British national mapping agency). The added values in the proposed methodology include the daily updates and serving of the conflated maps via open Web Services. More importantly, the OSM crowd correction is facilitated by frequently highlighting and web-serving the individual differences. There are currently over 5,800 differences in matching road names and references between the two datasets. In addition to describing the conflation methodology, the different geographic distribution patterns of the identified differences are discussed. A negative effect of the road density on the ratio of the mismatched features between the two datasets is observable, evidenced by their different geographical distribution over the map. It is shown that the best correspondence between attributes exists in the very dense areas, followed by the very low density areas, and lastly in the middle to large sized cities. View Full-Text
Keywords: OpenStreetMap; national maps; road network; conflation OpenStreetMap; national maps; road network; conflation
►▼ Show Figures 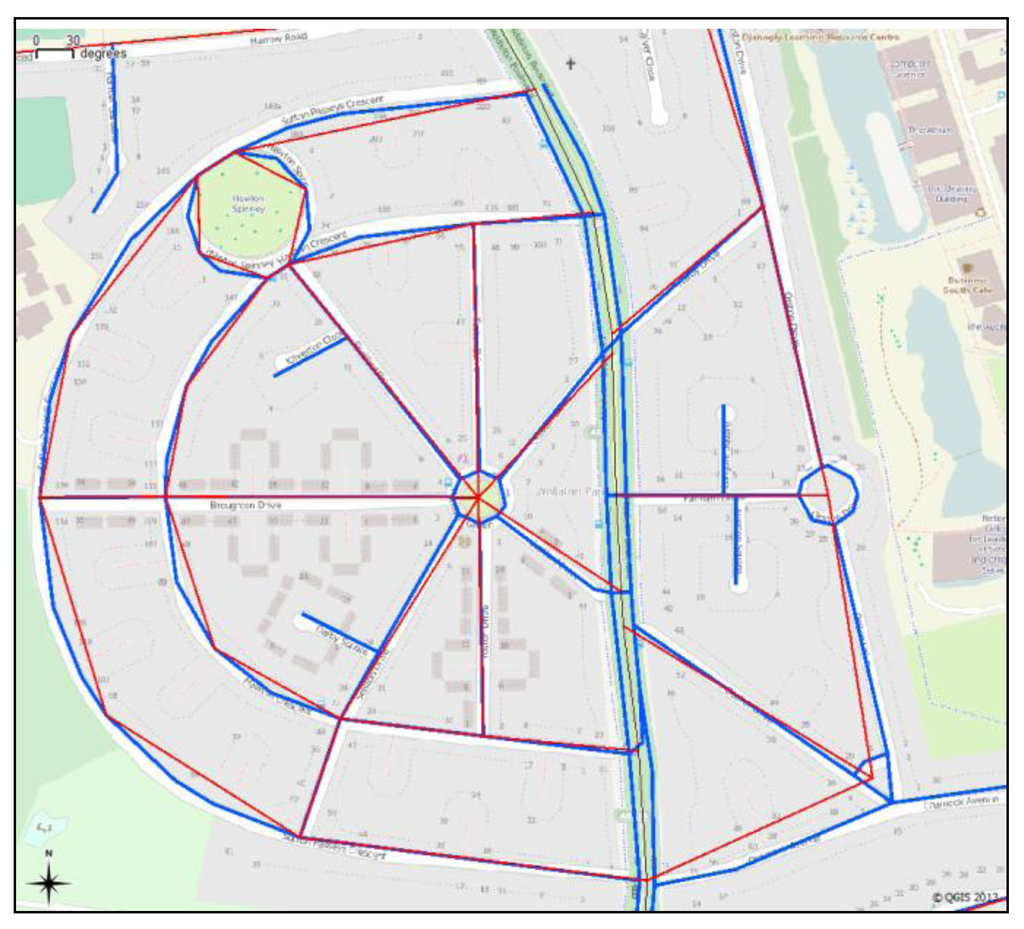