Selenium and coenzyme Q10 (SeQ10) are important for normal cellular function. Low selenium intake leads to increased cardiovascular mortality. Intervention with these substances with healthy elderly persons over a period of four years in a double-blind, randomised placebo-controlled prospective study showed reduced cardiovascular mortality, increased cardiac function, and a lower level of NT-proBNP. Therefore, we wanted to evaluate changes in biochemical pathways as a result of the intervention with SeQ10 using metabolic profiling. From a population of 443 healthy elderly individuals that were given 200 µg selenium and 200 mg coenzyme Q10, or placebo daily for four years, we selected nine males on active intervention and nine males on placebo for metabolic profiling in the main study. To confirm the results, two validation studies (study 1 n = 60 males, study 2 n = 37 males) were conducted. Principal component analyses were used on clinical and demographic data to select representative sets of samples for analysis and to divide the samples into batches for analysis. Gas chromatography time-of-flight mass spectrometry-based metabolomics was applied. The metabolite data were evaluated using univariate and multivariate approaches, mainly T-tests and orthogonal projections to latent structures (OPLS) analyses. Out of 95 identified metabolites, 19 were significantly decreased due to the intervention after 18 months of intervention. Significant changes could be seen in the pentose phosphate, the mevalonate, the beta-oxidation and the xanthine oxidase pathways. The intervention also resulted in changes in the urea cycle, and increases in the levels of the precursors to neurotransmitters of the brain. This adds information to previous published results reporting decreased oxidative stress and inflammation. This is the first-time metabolic profiling has been applied to elucidate the mechanisms behind an intervention with SeQ10. The study is small and should be regarded as hypothesis-generating; however, the results are interesting and, therefore, further research in the area is needed. This study was registered at Clinicaltrials.gov, with the identifier NCT01443780. View Full-Text
Keywords: selenium; coenzyme Q10; elderly; metabolic profiling selenium; coenzyme Q10; elderly; metabolic profiling
►▼ Show Figures 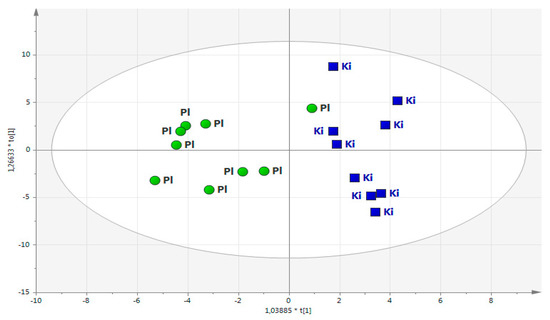