The peptidyl-prolyl cis-trans isomerases (PPIases) that include immunophilins (cyclophilins and FKBPs) and parvulins (Pin1, Par14, Par17) participate in cell signaling, transcription, pre-mRNA processing and mRNA decay. The human genome encodes 19 cyclophilins, 18 FKBPs and three parvulins. Immunophilins are receptors for the immunosuppressive drugs cyclosporin A, FK506, and rapamycin that are used in organ transplantation. Pin1 has also been targeted in the treatment of Alzheimer’s disease, asthma, and a number of cancers. While these PPIases are characterized as molecular chaperones, they also act in a nonchaperone manner to promote protein-protein interactions using surfaces outside their active sites. The immunosuppressive drugs act by a gain-of-function mechanism by promoting protein-protein interactions in vivo. Several immunophilins have been identified as components of the spliceosome and are essential for alternative splicing. Pin1 plays roles in transcription and RNA processing by catalyzing conformational changes in the RNA Pol II C-terminal domain. Pin1 also binds several RNA binding proteins such as AUF1, KSRP, HuR, and SLBP that regulate mRNA decay by remodeling mRNP complexes. The functions of ribonucleoprotein associated PPIases are largely unknown. This review highlights PPIases that play roles in RNA-mediated gene expression, providing insight into their structures, functions and mechanisms of action in mRNP remodeling in vivo. View Full-Text
Keywords: prolyl isomerase; cyclophilin; FKBP; parvulin; Pin1; histone mRNA; SLBP; KSRP; AUF1; HuR prolyl isomerase; cyclophilin; FKBP; parvulin; Pin1; histone mRNA; SLBP; KSRP; AUF1; HuR
►▼ Show Figures 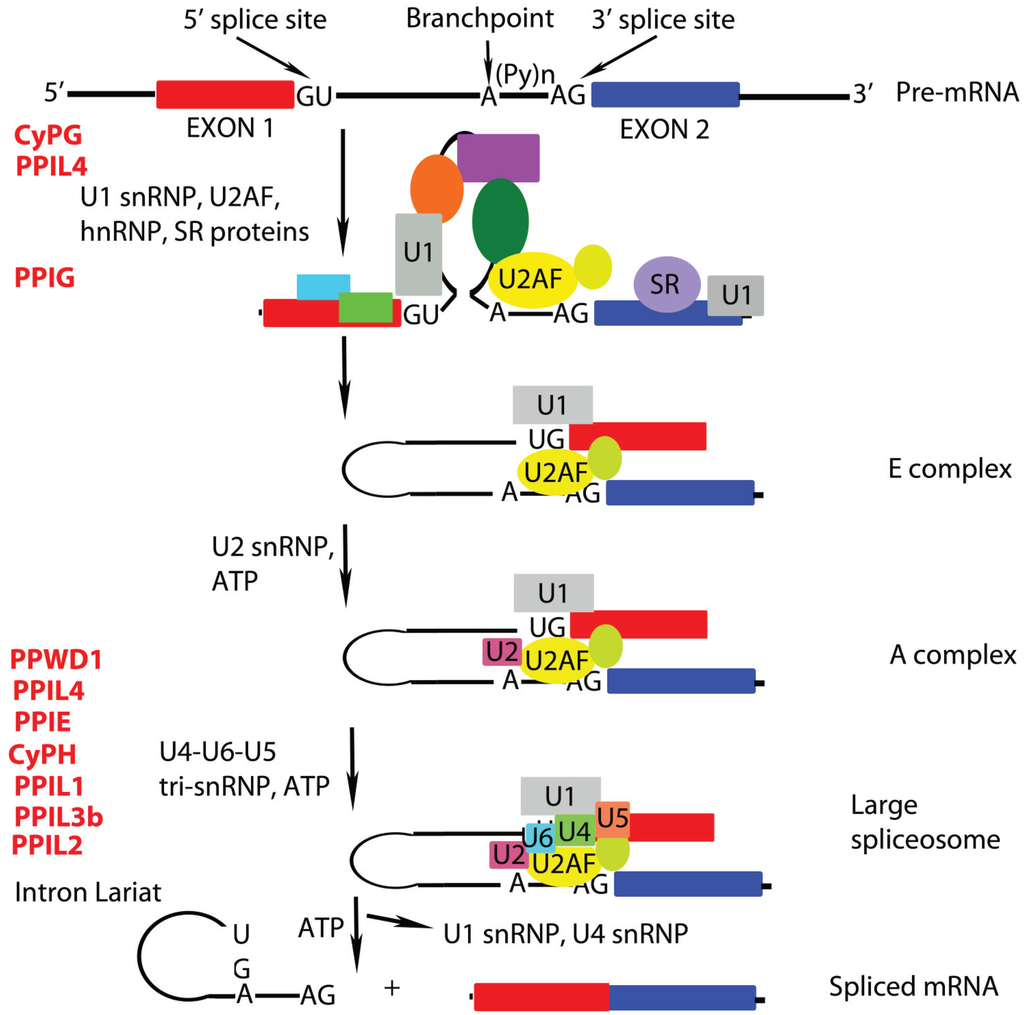