The problems related to the spectral line-shape formation in the scrape of layer (SOL) in fusion reactor plasma for typical observation chords are considered. The SOL plasma is characterized by the relatively low electron density (1012–1013 cm−3) and high temperature (from 10 eV up to 1 keV). The main effects responsible for the line-shape formation in the SOL are Doppler and Zeeman effects. The main problem is a correct modeling of the neutral atom velocity distribution function (VDF). The VDF is determined by a number of atomic processes, namely: molecular dissociation, ionization and charge exchange of neutral atoms on plasma ions, electron excitation accompanied by the charge exchange from atomic excited states, and atom reflection from the wall. All the processes take place step by step during atom motion from the wall to the plasma core. In practice, the largest contribution to the neutral atom radiation emission comes from a thin layer near the wall with typical size 10–20 cm, which is small as compared with the minor radius of modern devices including international test experimental reactor ITER (radius 2 m). The important problem is a strongly non-uniform distribution of plasma parameters (electron and ion densities and temperatures). The distributions vary for different observation chords and ITER operation regimes. In the present report, most attention is paid to the problem of the VDF calculations. The most correct method for solving the problem is an application of the Monte Carlo method for atom motion near the wall. However, the method is sometimes too complicated to be combined with other numerical codes for plasma modeling for various regimes of fusion reactor operation. Thus, it is important to develop simpler methods for neutral atom VDF in space coordinates and velocities. The efficiency of such methods has to be tested via a comparison with the Monte Carlo codes for particular plasma conditions. Here a new simplified method for description of neutral atoms penetration into plasma is suggested. The method is based on the ballistic motion of neutrals along the line-of-sight (LoS) in the forward–back approximation. As a result, two-dimensional distribution functions, dependent on the LoS coordinate and the velocity projection on the LoS, and responsible for the Doppler broadening of the line shape, are calculated. A comparison of the method with Monte Carlo calculations allows the evaluation of the accuracy of the ballistic model. The Balmer spectral line shapes are calculated for specific LoS typical for ITER diagnostics. View Full-Text
Keywords: tokamak; fusion reactor plasmas; Balmer spectral lines shapes; neutral atoms; velocity distribution function tokamak; fusion reactor plasmas; Balmer spectral lines shapes; neutral atoms; velocity distribution function
►▼ Show Figures 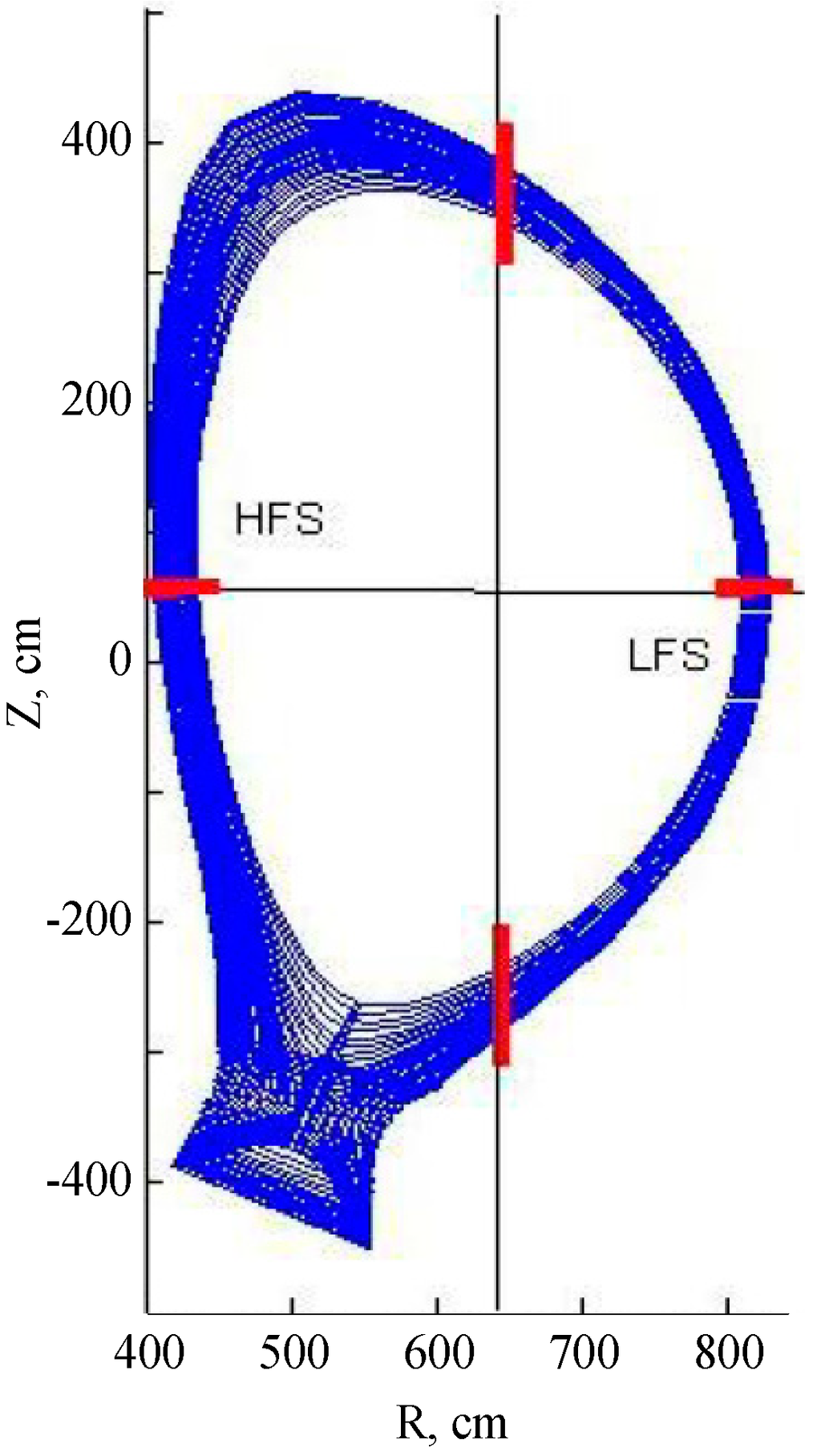