Neutrinoless double beta () decay searches are currently among the major foci of experimental physics. The observation of such a decay will have important implications in our understanding of the intrinsic nature of neutrinos and shed light on the limitations of the Standard Model. The rate of this process depends on both the unknown neutrino effective mass and the nuclear matrix element () associated with the given transition. The latter can only be provided by theoretical calculations, hence the need of accurate theoretical predictions of for the success of the experimental programs. This need drives the theoretical nuclear physics community to provide the most reliable calculations of . Among the various computational models adopted to solve the many-body nuclear problem, the shell model is widely considered as the basic framework of the microscopic description of the nucleus. Here, we review the most recent and advanced shell-model calculations of considering the light-neutrino-exchange channel for nuclei of experimental interest. We report the sensitivity of the theoretical calculations with respect to variations in the model spaces and the shell-model nuclear Hamiltonians. View Full-Text
Keywords: nuclear shell model; effective interactions; nuclear forces; neutrinoless double-beta decay nuclear shell model; effective interactions; nuclear forces; neutrinoless double-beta decay
►▼ Show Figures 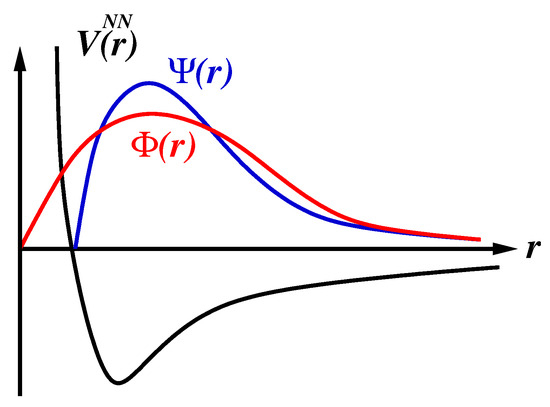