Equation of State of a Magnetized Dense Neutron System

In this work, we discuss the dense matter equation of state (EOS) for the extreme range of conditions encountered in neutron stars and their mergers. The calculation of the properties of such an EOS involves modeling different degrees of freedom (such as nuclei, nucleons, hyperons, and quarks), taking into account different symmetries, and including finite density and temperature effects in a thermodynamically consistent manner. We begin by addressing subnuclear matter consisting of nucleons and a small admixture of light nuclei in the context of the excluded volume approach. We then turn our attention to supranuclear homogeneous matter as described by the Chiral Mean Field (CMF) formalism. Finally, we present results from realistic neutron-star-merger simulations performed using the CMF model that predict signatures for deconfinement to quark matter in gravitational wave signals.
Keywords: gravitational wave; neutron-star-merger; quark matter gravitational wave; neutron-star-merger; quark matter

The first detection of gravitational waves from the neutron-star-merger GW170817 [1], has generated considerable interest in the equation of state (EOS) of matter created in such extreme events. In these events, temperatures of tens of MeV are expected to be generated over regions that vary in density by several orders of magnitude. Therefore, it is imperative to adopt EOS descriptions in which the symmetries and degrees of freedom change according to the local temperature and density conditions of the system. From the point of view of merger simulations, it is important to use a small grid for the simulation to capture the complexity of the event.
In this work, we present a compilation of former works that treated separately the low- and high-density regimes expected to be formed in neutron-star mergers. First, we discuss an extension of the excluded volume (EV) approach, which takes into consideration light nuclei beyond the usual -particle in the subnuclear regime. Here, the EOS of Akmal, Pandharipande, and Ravenhall (APR) is used as the underlying description for interacting nucleons. Second, for the description of the supranuclear regime, we discuss the Chiral Mean Field (CMF) formalism, in which the hadronic degrees of freedom include both nucleons and hyperons. For sufficiently high temperature and/or density, the CMF model incorporates a first-order phase transition to deconfined quark matter. The merger simulations of this work are performed using a covariant general-relativistic description of hydrodynamics coupled to a fully general-relativistic spacetime evolution. The numerical grid in the simulation achieves the highest resolution of 250 m covering the two stars and a total extent of 1500 km.

In this section, we discuss the subnuclear density region, which we take to be fm. Besides density, thermodynamic variables also depend on temperature T and electron fraction , the latter being equal to baryonic charge fraction due to the charge neutrality requirement. In this regime, a uniform phase of nucleonic matter would be mechanically (spinodally) unstable, which would give rise to a negative compressibility. Although this instability shrinks in size with increasing isospin asymmetry (lower electron/charge faction), it does not disappear for small temperatures. As a solution to the problem, an inhomogeneous phase must be included in the formalism. In our case, it consists (in addition to nucleons and electrons) of light nuclear clusters. As a result, the mechanical instability is lifted for MeV. At lower temperatures, mechanically stable configurations must necessarily include heavy nuclei () and/or pasta phases.
In the EV approach, the -particles and other light nuclei (H, and He, and He) are assumed to be structureless and their interactions with “outside” nucleons are taken into account by treating them as rigid spheres of constant volume. This treatment accounts only for repulsive interactions, the attractive ones being deemed small. The total free energy density can be decomposed as , where the different terms stand for baryon, electron, and photon contributions. The baryon contribution consists of a nuclear contribution given by non-interacting Boltzmann gases and an “outside” nucleon contribution given by the APR EoS.
The APR EOS is a Skyme-like parametric fit [2] to the microscopic calculations of Akmal and Pandharipande [3], where the NN interaction is described by the Argonne-18 2-body potential, a modified Urbana-IX 3-body potential (so that the binding energy of isospin-symmetric nuclear matter is −16 MeV), and a 2-body relativistic boost potential. The Argonne-18 potential is a high precision fit to the Nijmegen scattering database, such that it reproduces phase shifts and scattering lengths. The Urbana-IX describes 2-pion exchange and includes phenomenological in-medium modifications (involving isobars) to the 2-body interaction. The boost potential is a correction to the 2-body potential when the interaction is observed in a frame other than the rest-frame of the nucleons. The expectation value of the ground state corresponding to the total potential is determined by variational chain summation techniques using a variational wave-function consisting of a symmetrized product of pair-correlation operators acting on the Fermi gas wave-function. As a result, isospin-symmetric nuclear matter equilibrium bulk properties other than and are predictions of the model, instead of quantities to which it is fitted.
Figure 1, shows a comparison of EV with virial expansion results for matter. The virial approach includes bound and continuum state corrections to the ideal gas results for thermal variables [4]. It is model-independent, as experimental phase-shift data are used as input for the theory. The pressure is obtained from the partition function according to and it is expressed in terms of the fugacities , (, n, p) and the 2nd virial coefficients , which are simple integrals involving thermal weights and elastic scattering phase shifts. As expected, there are fewer particles at lower lepton fractions (blue vs. red curves). The APR/EV approach predicts significantly lower -particle populations at large densities relative to the virial approach (solid vs dashed curves). This is a consequence of only repulsive interactions being included in the EV approach, which is not the case in the virial approach. In the latter, owing to the lack of sufficiently high-energy data such that the nuclear hard-core is resolved, the -nucleon interaction is predominantly attractive. The sudden disappearance of the particles causes a change in slope in the baryonic component of thermodynamic quantities. In the case of lower temperatures, this causes a non-monotonic behavior in the baryonic component of thermodynamic quantities. The non-monotonic behavior is smoothed out when other light nuclei are considered (see Ref. [5] for more details).
The mass fractions of the various light nuclear clusters, as calculated by applying the EV approach to the APR EOS, are presented in the left panels of Figure 2 and Figure 3 for temperatures of 5 MeV and 10 MeV, respectively. These are determined by a combination of the charge and baryon number conservation laws, the binding energy of each type of nucleus, and local conditions (). The density at which a particular species vanishes is primarily controlled by the EV assigned to it. In this instance, we are using the corresponding experimentally determined charge radii. Note, however, that this choice is by no means compulsory. For example, in Ref. [6], was obtained by calculating the effective interaction range consistent with an optical potential fitted to neutron- scattering data. Moreover, the presence of heavy nuclei (not taken into account here) will also affect the relative particle concentrations.
The right panels of Figure 2 and Figure 3 show the contributions of light nuclei, nucleons, and electrons to the total pressure. Being that the light nuclei are treated as non-interacting gases, their pressures are given by classical ideal gas expressions, , modulated by EV factors. The latter act significantly only at the higher end of the density range considered here and cause the populations of the light nuclei to decline. Please note that electronic contributions dominate at higher densities and even more so as increases (lower panels). The negative slope in the total pressure around 0.03 fm in the bottom right panel of Figure 2 is related to the spinodal instability of purely nucleonic matter (and, therefore, the nuclear liquid-gas phase transition) which is more pronounced at lower temperatures and for more isospin-symmetric configurations. This unphysical behavior is not present in the bottom right panel of Figure 3. Even though the APR liquid-gas critical temperature of about 18 MeV has not been reached in this case, mainly due to electrons, and to a lesser extend to the light nuclei, the total pressure remains monotonically increasing at 10 MeV temperature.

Despite advances made in dense nuclear matter theory, many issues remain unresolved and/or poorly constrained with attendant uncertainties in simulations of supernovae and binary mergers of neutron stars. In this work, we explored the effects of light nuclear clusters such as d, H, He and He on the properties of the EOS at subnuclear densities. Their interactions among themselves and with nucleons were described in the EV approach. We found that the light cluster relative concentrations are mostly dependent upon the binding energy of the various species. The volume associated with each type of nucleus plays a role only at the higher density range of the subnuclear region and characterizes the population decline of the species at those densities.
We also emphasized that while the EV approach is very useful, it accounts only for repulsive interactions among nuclei and nucleons. We know that attractive interactions are present from phase-shift data and their inclusion in a calculation will certainly provide corrections to the system’s state variables. Nevertheless, we expect that these corrections are likely to be small below densities of about 0.01 fm, as indicated from a comparison with the virial approach.
Considering supranuclear densities, the CMF model represents a very useful tool to study the influence of different hyperonic and quark degrees of freedom in astrophysical scenarios. This can be seen, for example, in signatures of deconfinement phase transition predicted to exist in neutron-star mergers. Although the differences generated by quarks in this case are not large, they will be possible to resolve if detected by third-generation GW detectors [31,32], especially in the case that a merger takes place in a nearby system.
While the CMF approach is suitable to describe matter at supranuclear densities (in the neutron-star core), another description is needed for subnuclear densities (the crust and the very low-density regions produced in binary mergers). For the moment, we have matched the CMF EOS to the nuclear statistical equilibrium description presented in Ref. [33], but we are soon going to connect it to the EV approach discussed in this proceeding [5]. This complete table will be made publicly available at CompOSE.

All authors contributed significantly to this work.

Support comes from “PHAROS” COST Action CA16214, LOEWE-Program in HIC for FAIR, European Union’s Horizon 2020 Research and Innovation Programme (Grant 671698) (call FETHPC-1-2014, project ExaHyPE), ERC Synergy Grant “BlackHoleCam: Imaging the Event Horizon of Black Holes” (Grant No. 610058), Judah M. Eisenberg - Laureatus Professur at the fachbereich physik at Goethe Universitaet, and the National Science Foundation under grant PHY-1748621. The simulations were performed on the SuperMUC cluster at the LRZ in Garching, on the LOEWE cluster in CSC in Frankfurt, and on the HazelHen cluster at the HLRS in Stuttgart. 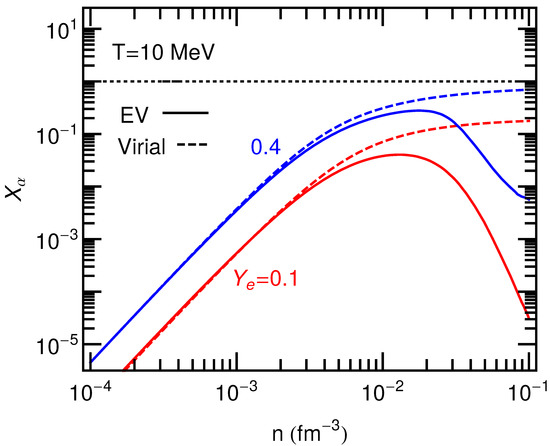 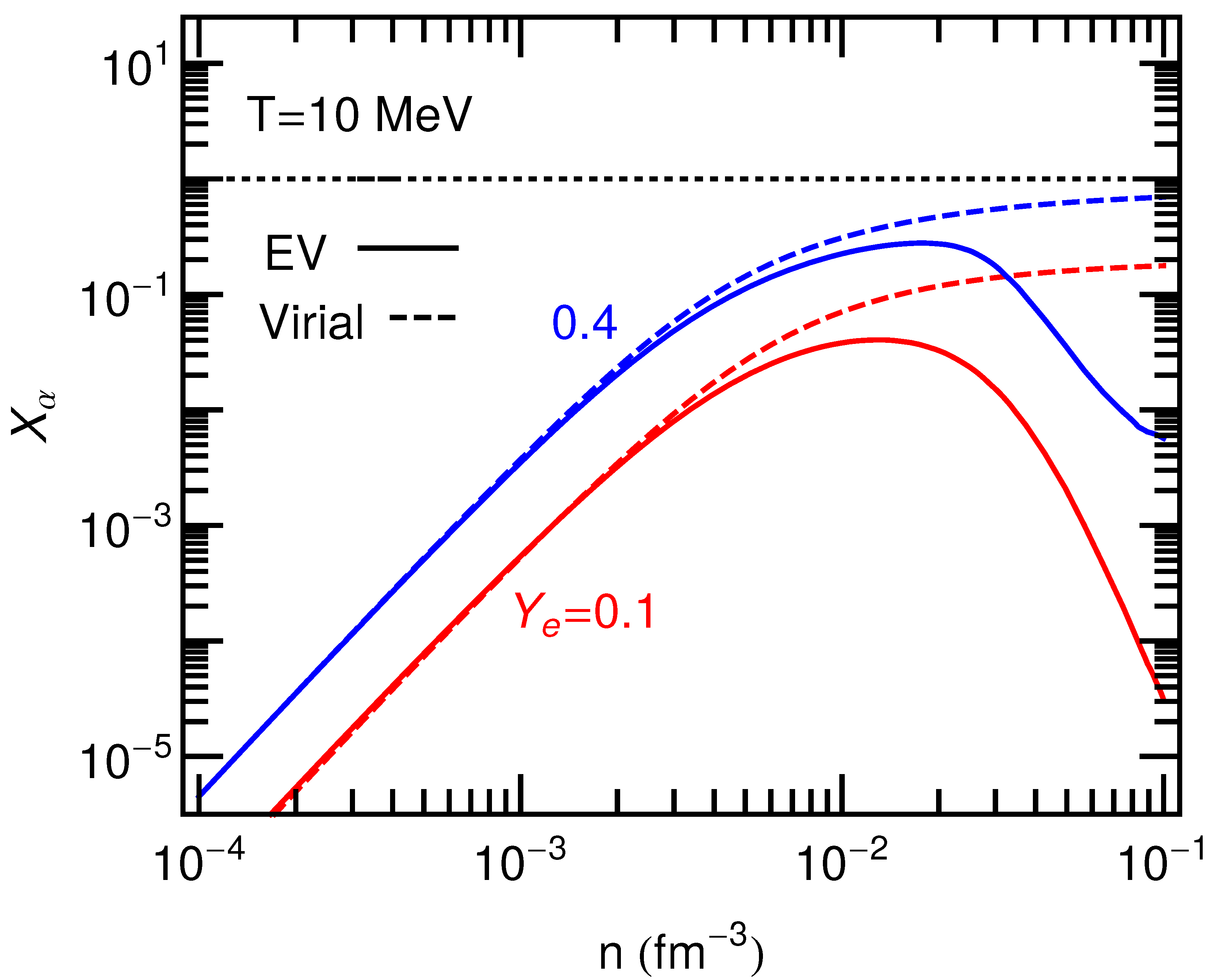 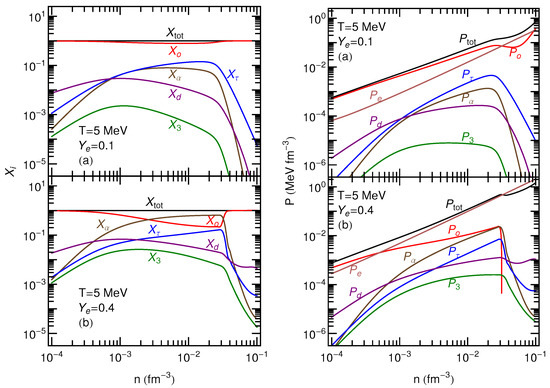 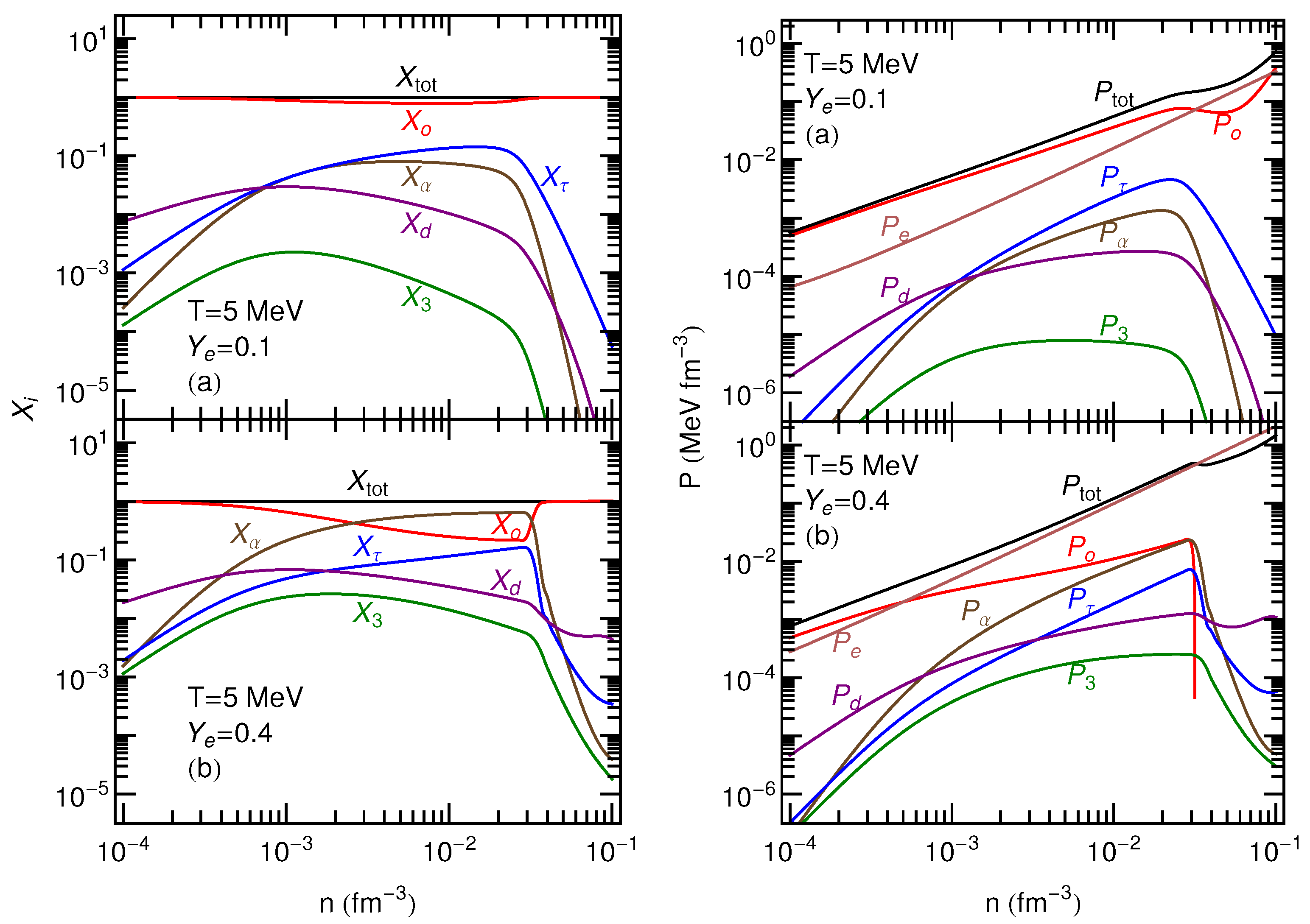 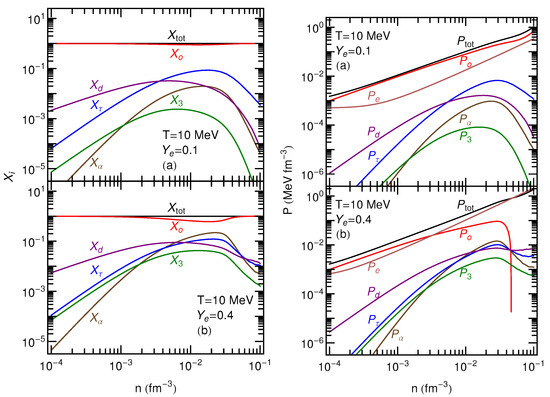